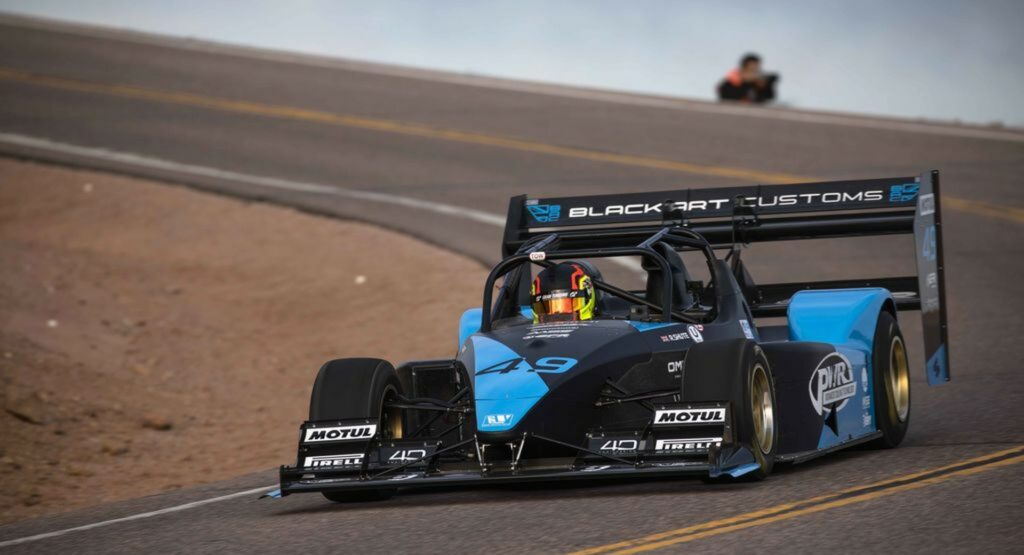 It might be scorchingly hot in many places around the country but the weather was significantly different at this year’s race to the clouds on Pikes Peak in Colorado Springs, CO. For the third time in four years, Robin Shute managed to walk away as the king of the mountain despite some of the worst conditions imaginable. He was so fast that he managed to win despite having to lighten up on the throttle when visibility all but went to zero.

Thick fog and mist obliterated visibility on multiple parts of the 12.54-mile (20.4 km) course and only became worse as racers approached the 14,115-ft (4,302 m) summit. It was so bad that Shute told the Colorado Springs Gazette that “I was basically idling towards the top when the lines disappeared. These were some of the toughest conditions we’ve ever driven in, racing or not. It was just like driving to ski resorts in bad weather, you’re not racing anymore at that point.”

Read Also: Let The Sound Of Rod Millen’s Pikes Peak Tacoma On A Dyno Take You Back In Time

Despite saying that he had to slow down so much, Shute was some 25 seconds faster than the second-place car. Amazingly, that second-place finish was achieved by David Donodue in an almost stock Porsche 911 Turbo S competing in the Attack class. He came up short of the production car record up the mountain by about 17 seconds despite the rough conditions.

Rod Millen, who piloted his classic Tacoma racecar that we profiled last week, managed to come in eighth overall with a total time of 11:06.1. That’s pretty impressive for a guy who’s now 71 years old. Take a look at the video of Shute’s winning race below and you’ll get a feeling for just how sketchy this race really was.