Example number 75 of just 2,500 Tommi Makinen Editions ever made, the car was always expected to sell for a good price, but a flurry of bidding in the last 30 minutes of the week-long auction hosted by Collecting Cars is what ended up getting the price as high as it was.

The car presents as new with no modifications and has driven just 10,354 miles (16,663 km) in its 21 years of existence. Power comes from a 2.0-liter turbocharged, “4G63” inline four-cylinder engine that makes 276 hp (206 kW/280 PS). That power is sent to all four wheels via a five-speed manual transmission, making this quite the enthusiast’s car. 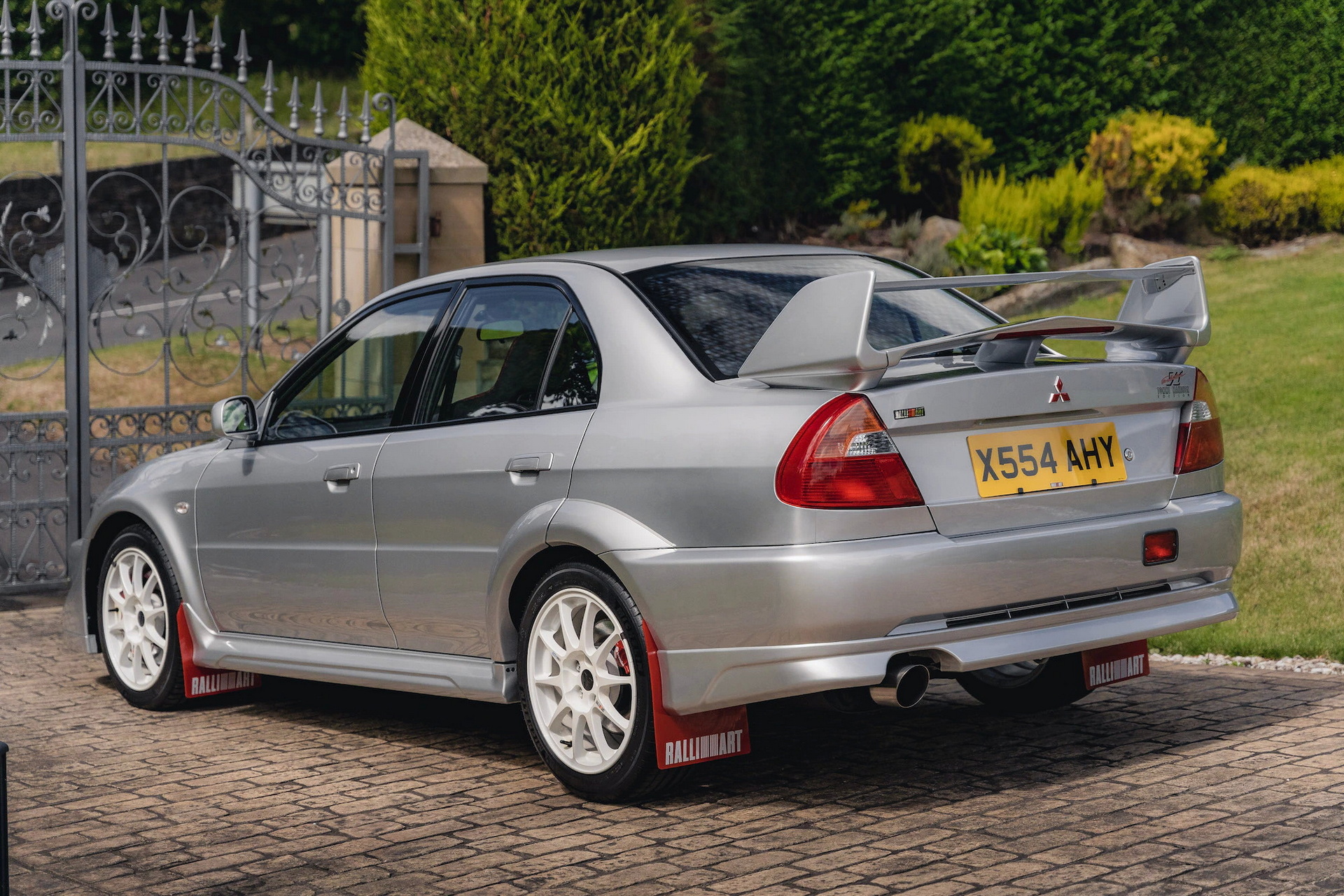 Built, as the name suggests, to celebrate Tommi Makinen, this special edition Evo VI was designed in the wake of the driver’s fourth consecutive WRC Driver’s Championship win. As such, it featured several choice modifications.

A restyled body kit helps mark it out, and the suspension has been lowered by 10 mm (0.4-inches) thanks to upgraded dampers. A front strut brace and a helical front limited-slip differential help it corner better, while an upgraded exhaust system and a titanium turbocharger—designed to spool up faster than the standard turbo—help it go faster.

This example is finished in Satellite Silver and features red Ralliart mud flaps. The wheels are 17-inch Enkei Ralliart multi-spoke alloys that are finished in white, as is correct. They surround red Brembo brake calipers and are wrapped in Michelin Pilot Sport 4 tires.

It’s hard to fault the buyer for wanting this special edition Mitsubishi, but what do you think? If you had been bidding on this car, would you prefer to be the one who won or the one who didn’t end up having to pay $168,000?