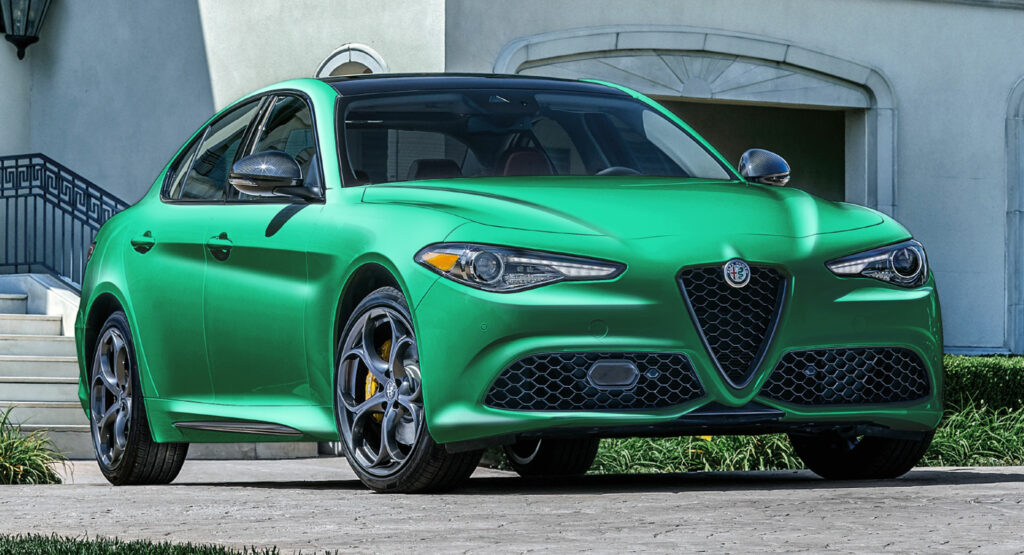 A distinctive variant of the 2022 Alfa Romeo Giulia has just been introduced for the Canadian market, dubbed the Speciale.

Limited to just 15 units, the Giulia Speciale makes a bold statement with its exclusive ‘Verde Montreal Tri-Coat’ paint that the automaker previously only offered on its performance-focused Quadrifoglio models.

The Giulia Speciale is based around the standard Veloce model with all-wheel drive but has been equipped with the same Alfa Adaptive Suspension system as the Quadrifoglio. This suspension system reads the road and instantly adjusts shock valving to improve handling while still offering a comfortable ride. The system operates differently depending on the selected driving mode.

As for the cabin, it stands out thanks to carbon fiber accents similar to the Quadrifoglio across the dashboard, doors, and center console. The sporty sedan also rocks black leather sports seats as well as a dashboard, steering wheel, center armrest, shift lever, and upper door panels all featuring red contrast stitching. A premium Harman Kardon audio system has also been installed.

The car’s powertrain is unchanged from the Giulia Veloce. As such, it is powered by a turbocharged 2.0-liter four-cylinder with 280 hp and 306 lb-ft (415 Nm) of torque coupled to an eight-speed automatic transmission driving all four wheels. A limited-slip differential is also found at the rear wheels and the Giulia Speciale can hit 100 km/h (62 mph) in 5.1 seconds.

Local pricing for the limited-run model kicks off at CA$71,995 ($55,680) and the first examples will arrive at Alfa Romeo dealerships later this month.