Caterham has reintroduced its heritage line of Sevens, this time drawing influence  from the marque’s cars from the 1970s and ’80s.

The 2022 Super Seven 600 and 2000 are styled and trimmed to reflect the kinds of Seven that were popular in the years after Caterham bought the rights to the iconic sport car from Lotus in 1973, a date that’s bound to result in a flurry of 50th anniversary activity from Caterham next year.

The most obvious visual change from the regular Seven lineup is a switch from the small cycle fenders fitted to all modern Caterhams to the fixed, flowing style of fenders that were popular through the 1970s and 1980s. A chrome filler cap, black leather Mota-Lita steering wheel, carpeted rear panel, polished exhaust and not-very-1970s LED rear lights are all standard on both cars, as are dinky 14-inch wheels, though the Super Seven 600 gets silver Juno rims and the 2000 features Classic wheels.

Both cars are available in some fairly stock colors, but also in four others not previously offered on a Seven, including the very ’70s Bourbon and Fawn options seen on the cars in Caterham’s press images. And those paint schemes can be complimented by some equally retro interior trimmings, including carpets, dashboard, leather seats and shift gaiters picked out in choices like Deep Red, Burgundy, and Biscuit Beige. 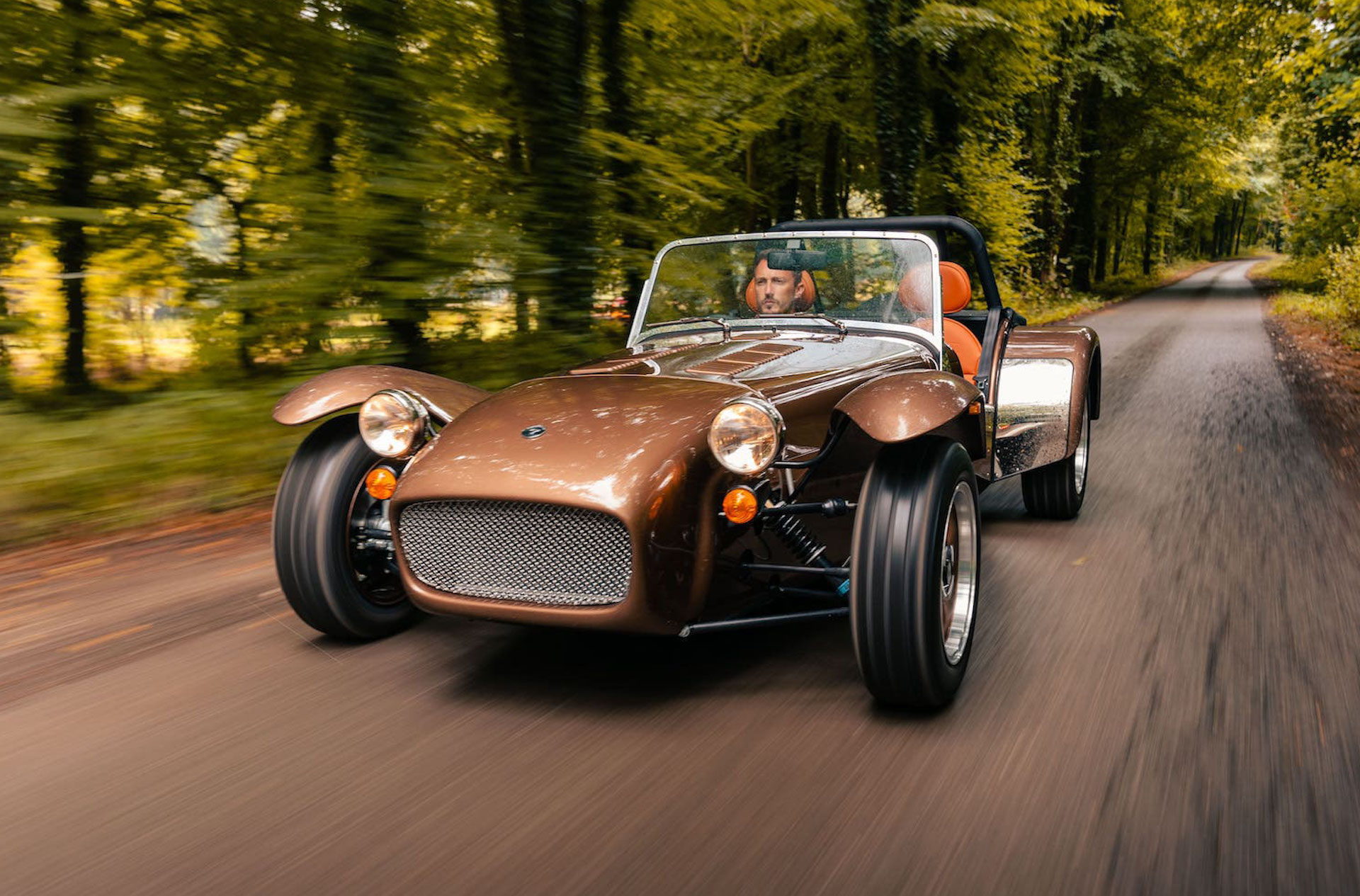 Where the two cars really differ is under the skin. The Super Seven 600 is powered by a 660 cc turbocharged Suzuki triple that makes 83 hp (84 PS), pulls the featherweight two-seater to 60 mph (97 km/h) in 6.9 seconds, and drives the back wheels via a traditional live rear axle.

Step up to the Super Seven 2000 and you sub the Suzuki motor with a 2.0-liter, four-cylinder, naturally aspirated Ford Duratec whose 178 hp (180 PS) slashes the 60 mph time to 4.8 seconds and comes with a more advanced de-Dion rear end. Buyers of the punchier machine can also order their cars with a sport chassis pack that includes a rear anti-roll bar, adjustable suspension and more powerful brakes, or specify it with Caterham’s roomier chassis structure for a little extra comfort.