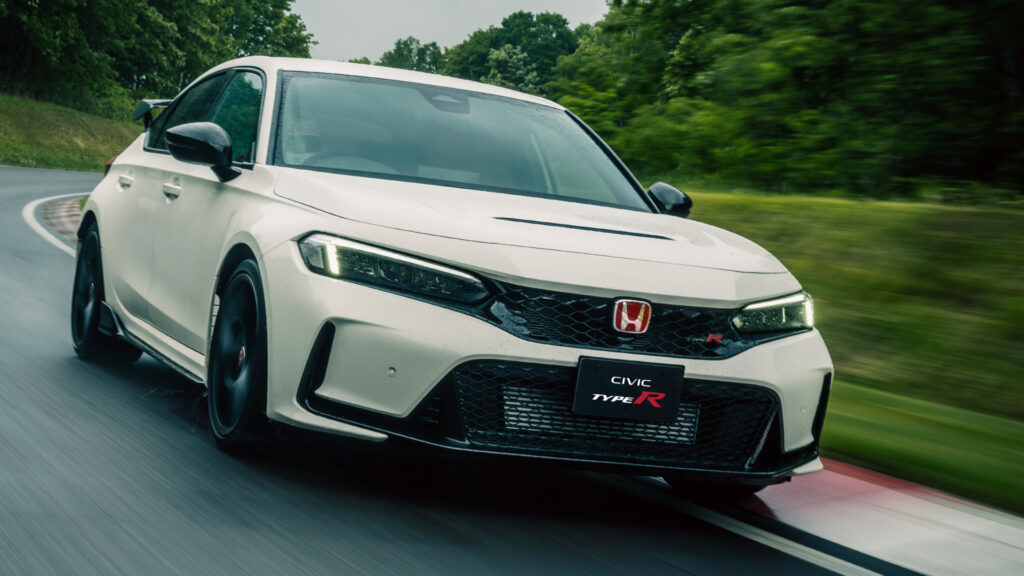 These figures come courtesy of an official brochure for the hot hatch that was shared to the Civic XI forum. While we already knew some of what to expect from the new car based on a similar leak back in July, this one does reveal some previously unknown details about the car.

In terms of power, we know the new Civic Type R is powered by a 2.0-liter turbocharged four-cylinder engine. This brochure reveals that the engine is good for 326 hp and 310 lb-ft (420 Nm) of torque. That is a touch more than the outgoing FK8-generation model that delivers 316 hp and 295 lb-ft (400 Nm) in Japanese and European specification, meaning the new FL5 Civic Type R lives up to Honda’s promise as being its most powerful Type R model. 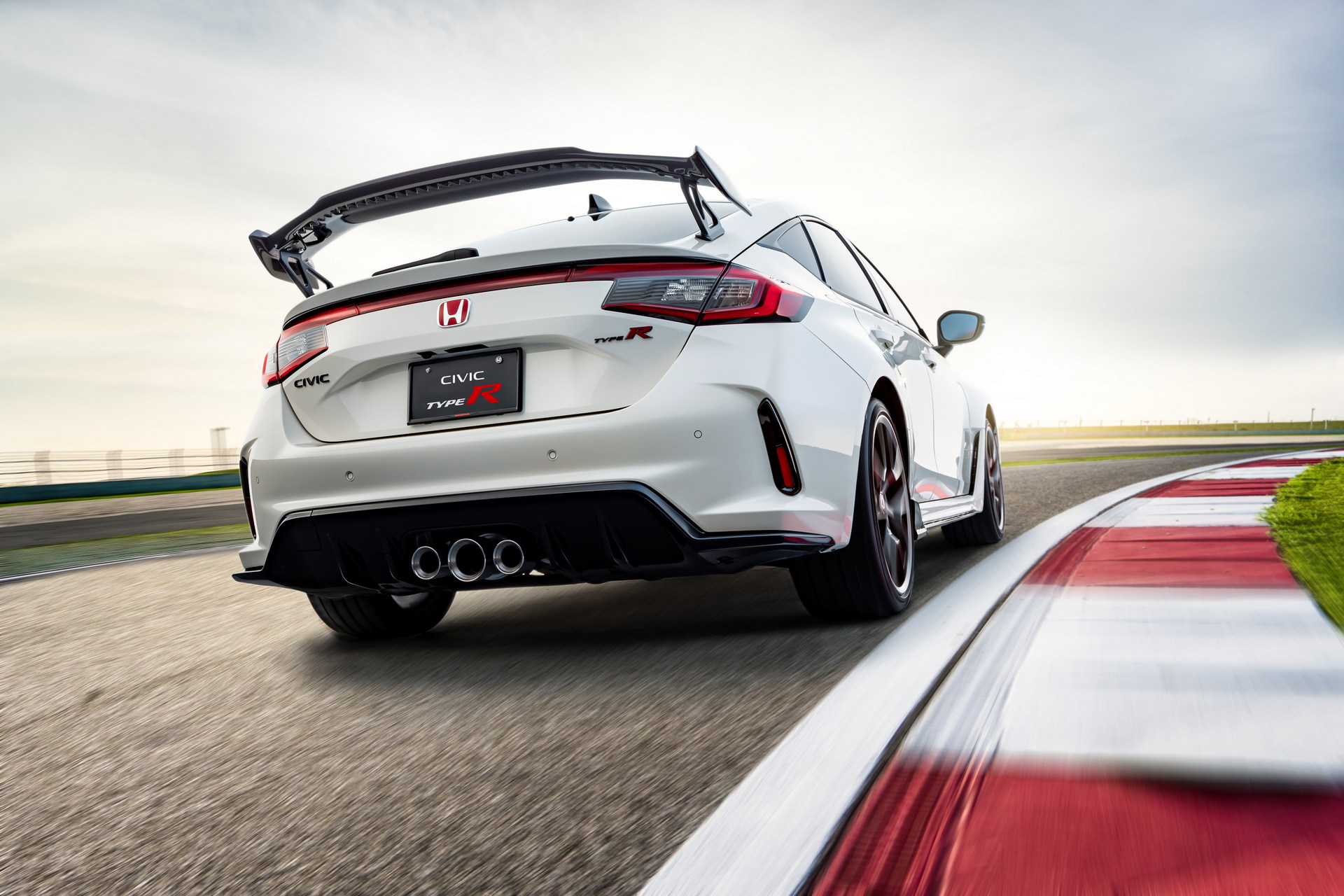 Then there’s the weight. This brochure indicates that the new Type R tips the scales at 1,430 kg (3,152 lbs). That represents a 40 kg (88 lbs) gain over the FK8-generation model, although it’s worth noting that the car’s quoted weight will likely vary depending on the market and the different weighting systems used.

The brochure also confirms that the car’s 1st through 6th gear ratios are identical to the FK8 model, although the final drive has changed from 4.111 to 3.842. In theory, this should give the FL5 model a higher top speed than its predecessor, although Honda has yet to quote a figure.

Various other improvements made to the Civic Type R will also provide it with more performance than the old model. The suspension and steering systems have been enhanced from the FK8 car and Honda has already claimed a new front-wheel drive lap record at the Suzuka Circuit with the 2023 model. It is also expected to attempt to set a new FWD lap record at the Nurburgring Nordschleife, likely snatching the record away from the Renault Megane R.S. Trophy R. 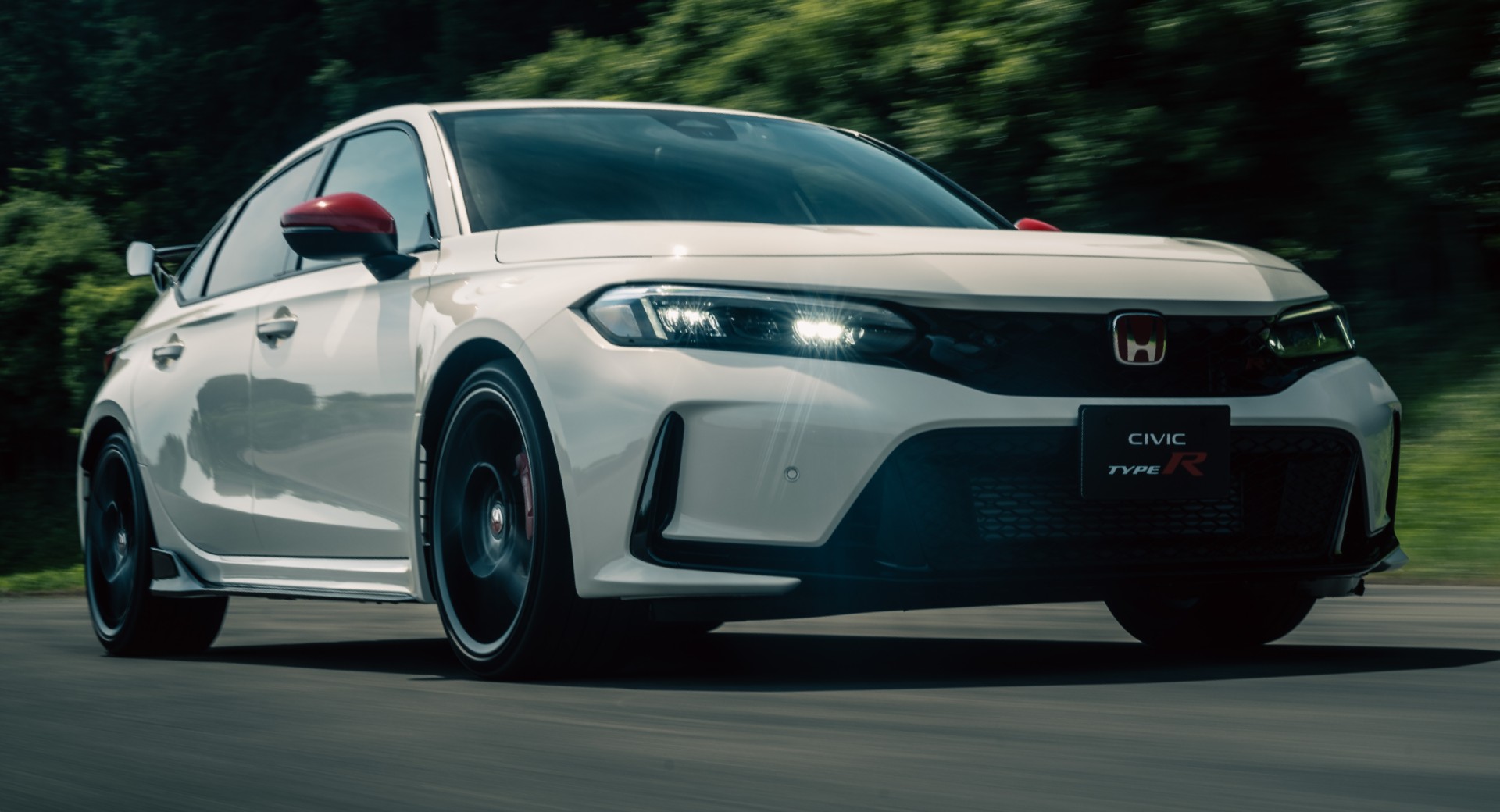