There’s plenty we still don’t know about the 2023 Honda Civic Type R following its official reveal, including how much more power the K20 turbocharged 2.0-liter engine makes and how fast it’ll get to 60 mph (96 km/h). But one thing we do know is that the steering wheel is gloriously round.

This might seem like a strange thing to say, except that round steering wheels are becoming rare, particularly among enthusiasts’ cars. We’re increasingly seeing some bizarrely shaped polygonal steering wheels on high-end sports- and supercars from the likes of Aston Martin and Ferrari, and even basic superminis like the Ford Fiesta come with a flat-bottom rim when decked out in their fake-hot-hatch sporty trim grades.

Those cars all take their lead from racing cars, where rectangular and flat-bottom wheels have been commonplace for years. But racing drivers almost never have to turn the wheel so far that they need to take their hands from the quarter-to-three position. It’s a different story on the road where sharp turns, u-turns, and three-point turns are all everyday occurrences, and constant reminders that flat bottom wheels might look cool, but they’re horrible to use.

And I don’t buy the excuse about the extra thigh clearance. Modern cars aren’t like 1950s cars where the steering wheels were so big that reaching out and holding one with both hands made you look like Leonardo da Vinci’s Vitruvian man. And your thighs don’t get magically thinner when you turn the wheel and the flat-bottom section is suddenly a flat side or top, removing any clearance advantage.

Related: These Famous Performance Cars Had The Lamest Steering Wheels 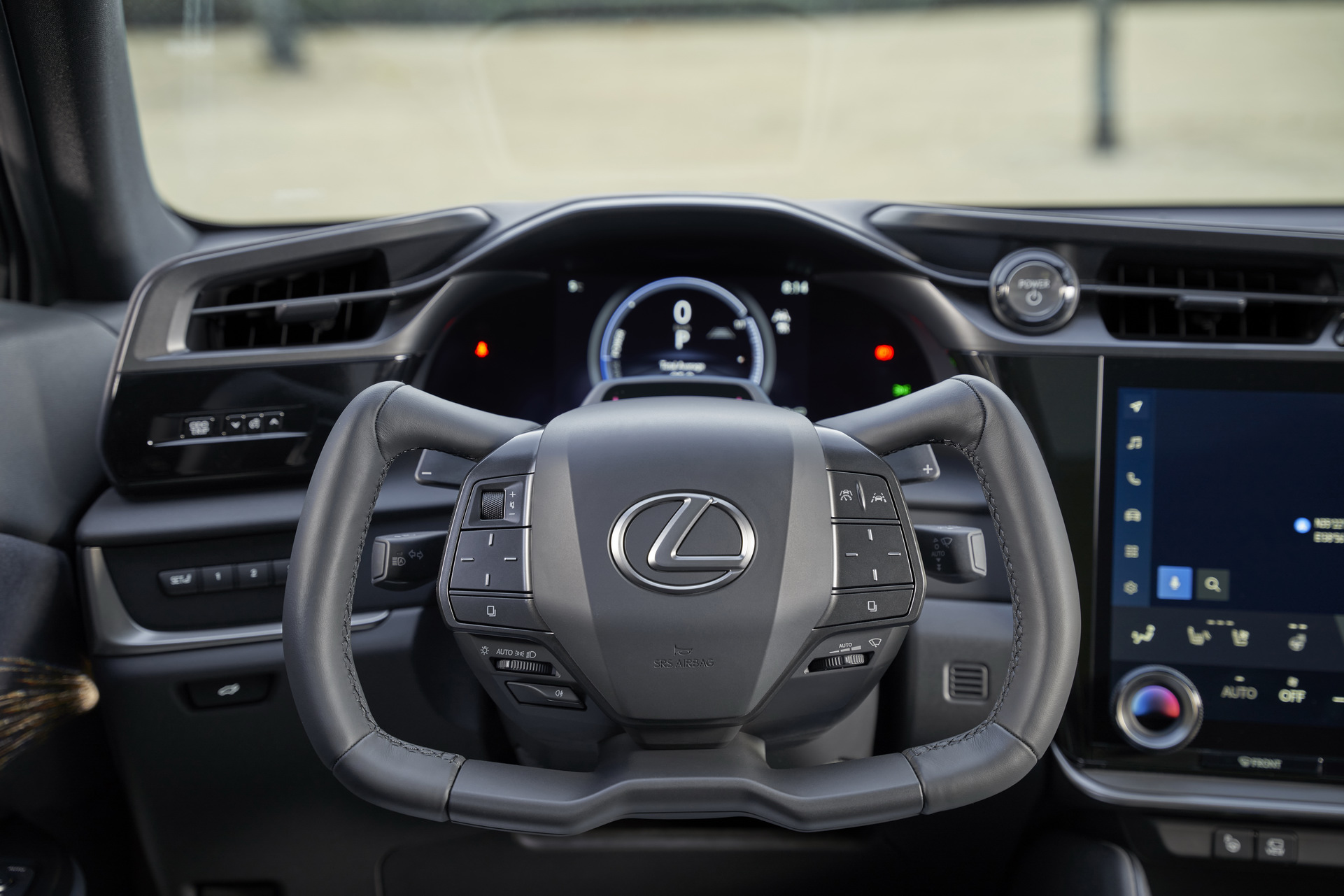 Some of the newest and craziest wheels have no bottom or top at all. Reviewers were quick to realize that Tesla’s yoke was a bad joke, something Toyota and Lexus, whose bZ4X and RZ have similar style wheels, improved on by fitting their cars with extreme variable-geared steering racks so you never have to take your hands off the wheels and cross your arms.

But introducing wild variations in speed-related steering ratios isn’t always a great recipe for driving fun. People who like to drive fast tend to appreciate simplicity and consistency in their car’s controls. It’s why even Lamborghini’s own engineers preferred the standard Huracan over ones fitted with the optional Dynamic Steering rack when it was launched in 2014 (and why the tech isn’t present on the STO).

And it’s why some of the best drivers’ cars currently available have stuck doggedly with simple round steering wheels. Cars like the road-going Porsche Cayman and 911s, including the RS versions of each, BMW’s M-car lineup, and N-branded Hyundais. And while we haven’t yet driven the 2023 Type R, it’s probably safe to say it can be added to that list.

The different sets of pictures released for the launch of the Type R show one car with an Alcantara-covered rim, and one with a leather-wrapped wheel, though both look like they’ll be even better to hold than the wheel on the previous FK8 Type R. There’s no flat section, no mismatch of materials and no blinking lights to distract you from carving that perfect line. Just an honest-to-goodness round steering wheel… that Honda then spoiled by giving it an offset (eccentric) hub to provide a better view of the digital gauge pack. Oh well, I guess nothing is perfect, except maybe a Momo Prototipo.