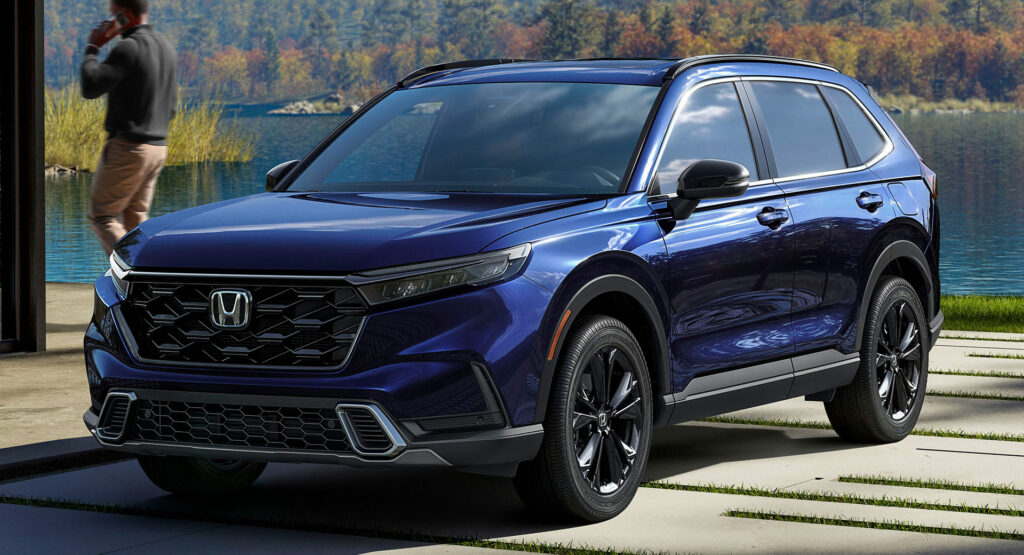 The latest-generation 2023 Honda CR-V has arrived and been detailed for the U.S. market. It premieres with a rugged and sophisticated design and is available with a more advanced hybrid powertrain.

In crafting the exterior of the new SUV, Honda took inspiration from the Ridgeline and Passport TrailSport models, designing a more pronounced horizontal beltline and increasing the width by 0.4 inches. In addition, the 2023 CR-V is 2.7-inches longer and its wheelbase has grown by 1.6-inches but the most intriguing change is the repositioning of the A-pillars, so they now sit 4.7-inches further back, 2.8-inches more outward, and 1.4-inches lower. Honda has also shifted the wing mirrors to the doors. 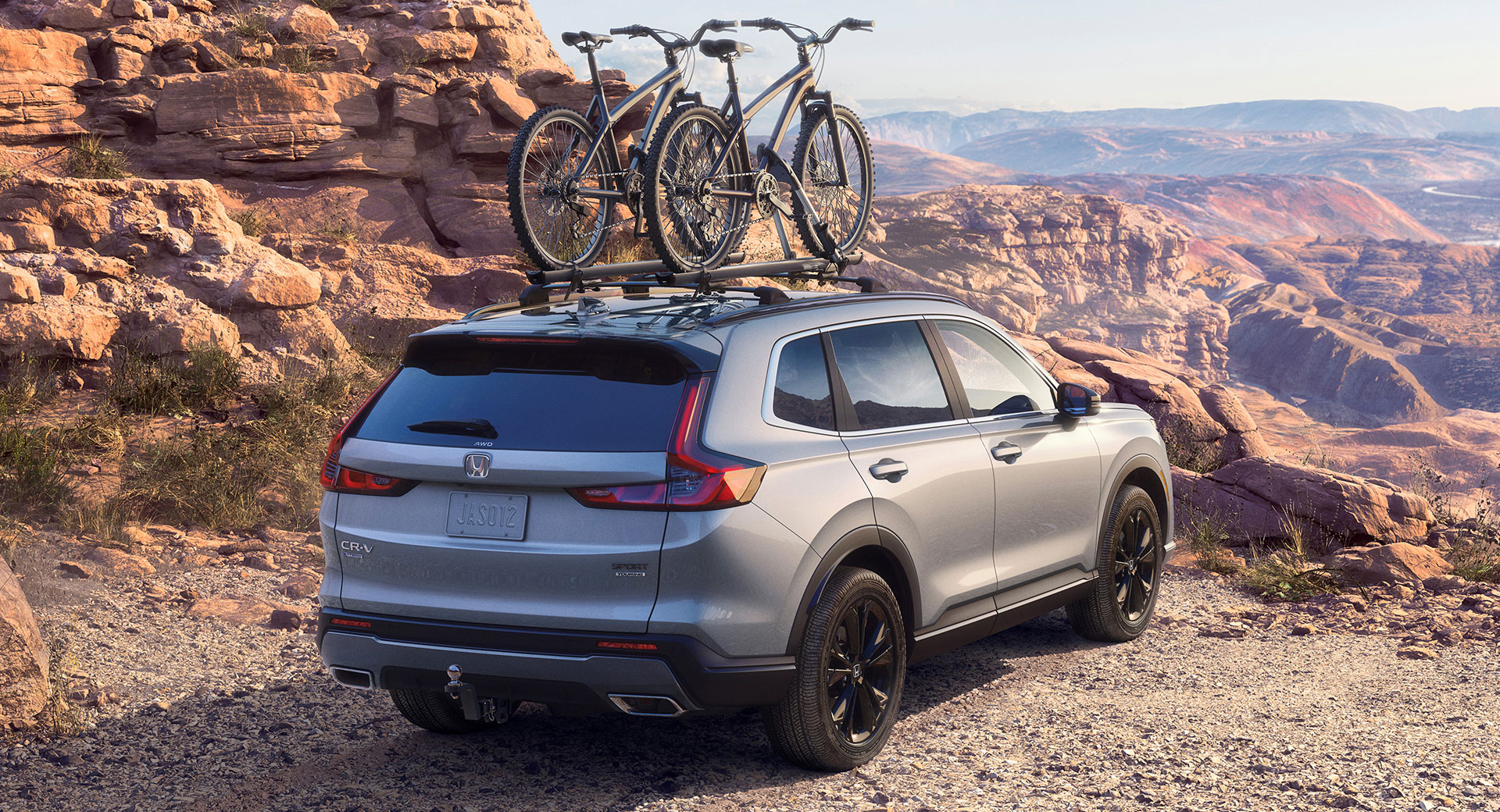 The front end of the 2023 CR-V makes a particularly bold statement with the large, upright grille and LED headlights for all variants. The vertical taillights have also been altered for the 2023 model year. 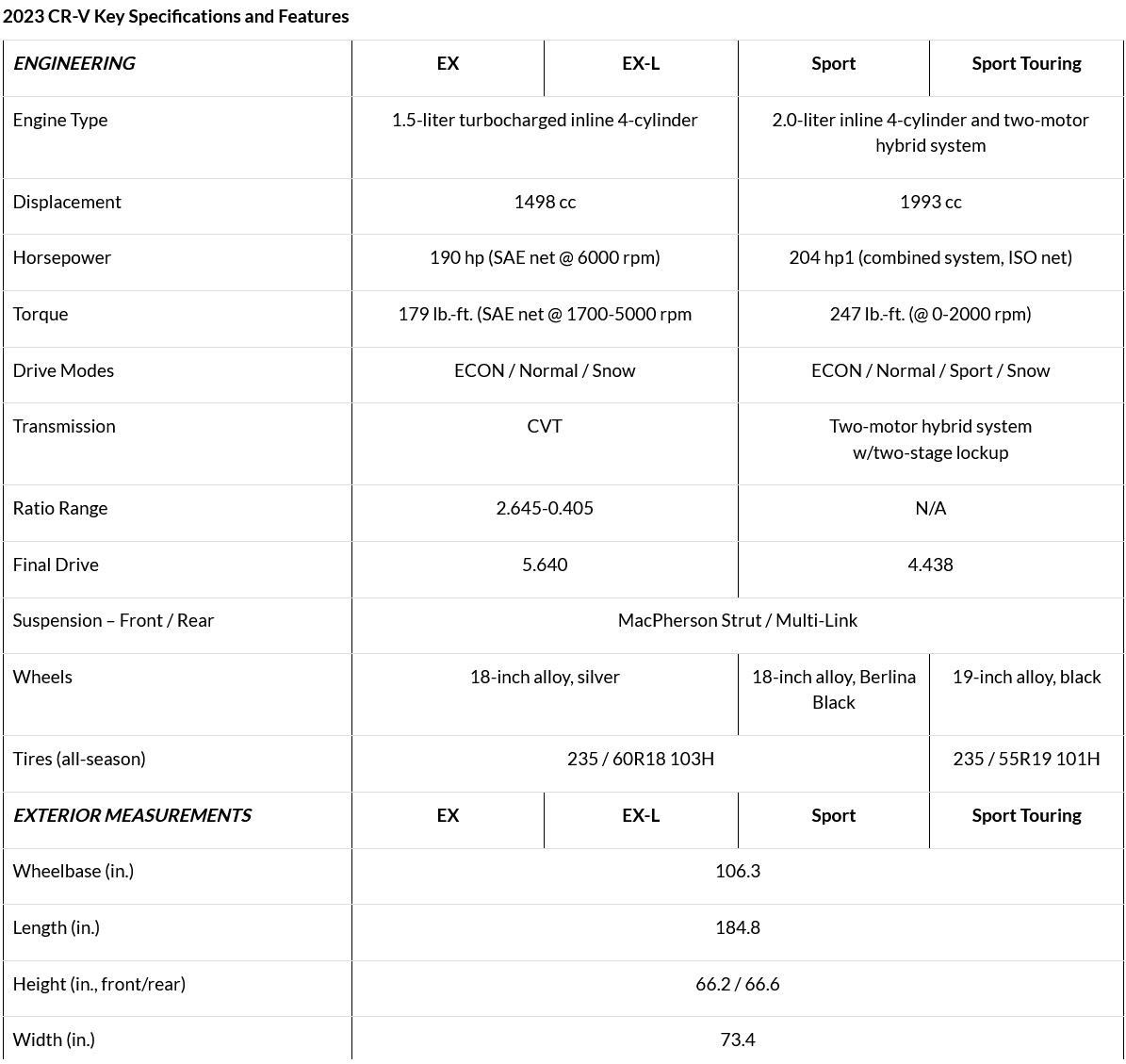 Various upgrades have been made in the cabin. Indeed, it looks very similar to the interior of the 11th-generation Civic. This results in a dashboard with a clean and fuss-free design that has striking metal honeycomb mesh to conceal the air vents. Honda has also equipped the new SUV with a 7-inch digital instrument cluster while EX and Sport variants also have a 7-inch infotainment display with physical knobs for volume and tuning. Those that opt for the EX-L and Sport Touring variants receive a 9-inch infotainment display with wireless Apple CarPlay and Android Auto, plus 15W wireless smartphone charging.

Underpinning the 2023 CR-V is Honda’s enhanced global architecture which the automaker says creates a smoother ride and greater stability. It also benefits from a 15 per cent torsionally-stiffer body while revised MacPherson strut front suspension and variable-ratio steering improve feel and accuracy.

As for the CR-V Sport and Sport Touring, they are equipped with a new hybrid system that pairs a 2.0-liter Atkinson cycle four-cylinder with a pair of electric motors. Combined power sits at 204 hp and 247 lb-ft (335 Nm) of torque. These models offer up to 2,200 lbs (1,000 kg) of towing capacity.

On Sale This Summer

The 2023 Honda CR-V will launch this summer while Hybrid models will land later in the year. Pricing details haven’t been announced.