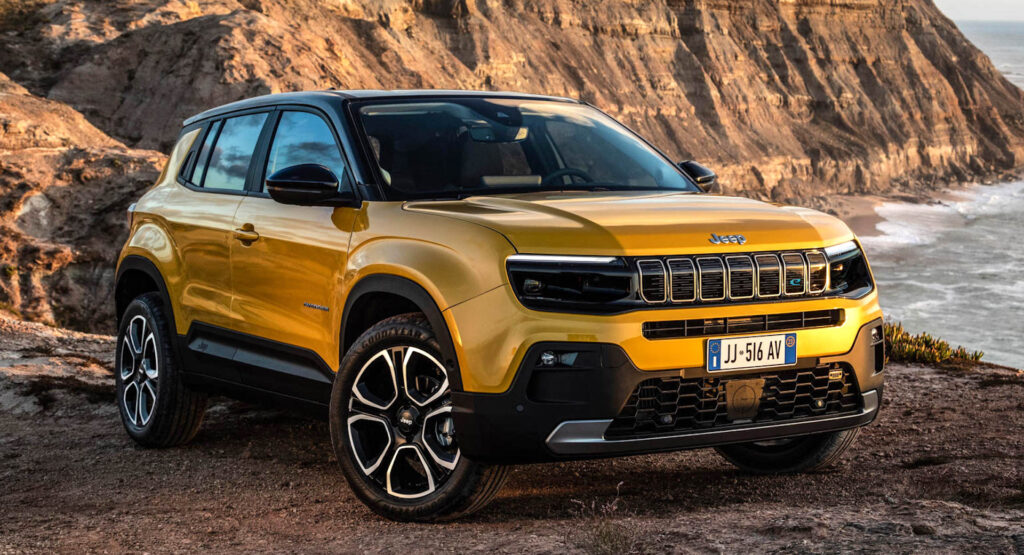 Jeep is stepping up its electrification plans with the announcement of four new EVs, the first of which is the baby Avenger SUV that goes on sale in Europe next year.

The small electric off-roader is one of the first vehicles to benefit from Stellantis’s new STLA architecture and will be revealed in full at the Paris Motor Show in October. But while the Avenger won’t be offered in North America, three other electric Jeep products will, including a hardcore off-roader called the Recon, an all-electric Wagoneer S, and one other still-secret battery-powered SUV.

This is a breaking story and will be updated soon.