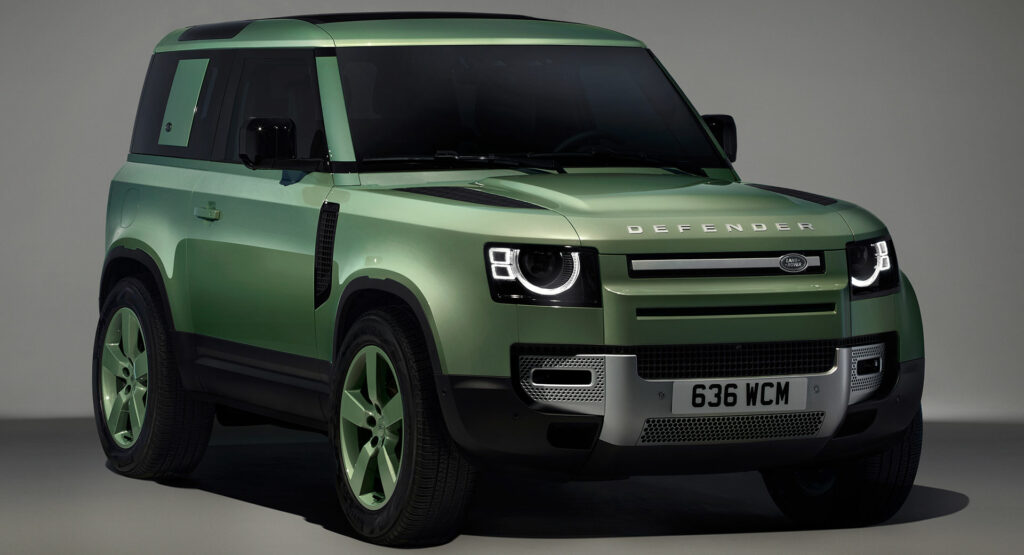 Land Rover is commemorating the 75 years of the Defender with the launch of the new Defender 75th Limited Edition, available in both 90 and 110 body configurations.

Immediately making the vehicle stand out is the special Grasmere Green paint finish which is featured on the Defender for the very first time and will remain exclusive to the 75th Limited Edition. A set of matching Grasmere Green 20-inch wheels have also been installed and come complete with matching center caps.

The exterior modifications made to the special Land Rover Defender are rounded out with “75 Years” graphics, privacy glass, and Ceres Silver bumpers.

Land Rover has based the Defender 75th Limited Edition on the high-specification HSE model but has made some alterations. For the exterior, the Cross Car Beam is finished in powder-coated Grasmere Green. Laser-etched 75 Years detailing is also found throughout while the seats are trimmed in Resist Ebony. The hockey stick design of the center console is clad in Robustec. 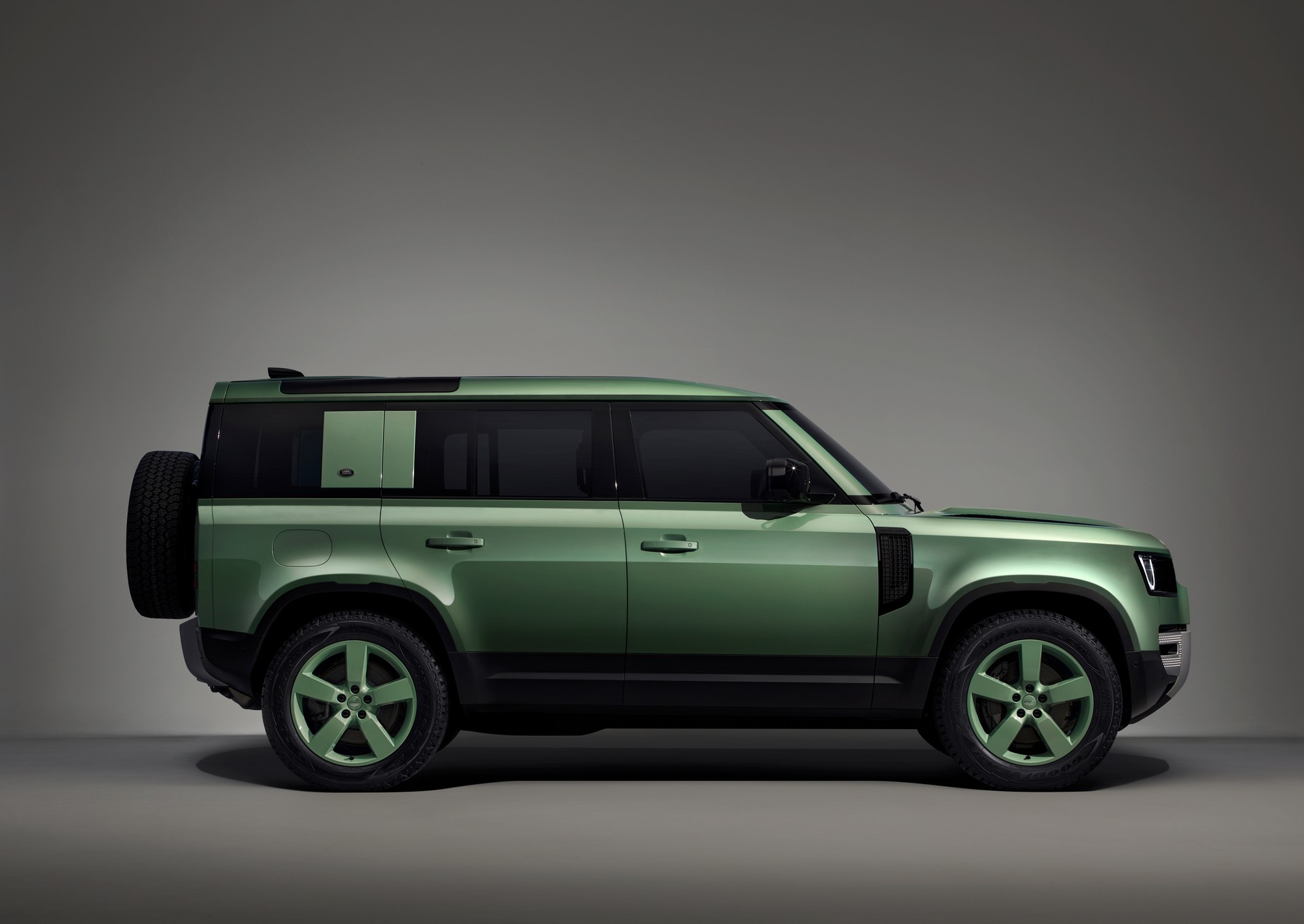 Those who pick up the keys to a Defender 75th Limited Edition will be able to opt between a folding fabric roof or a sliding panoramic roof with roof rails. Included as standard are the optional Towing Pack, headlamp power wash, and electrically adjustable steering column.

In the UK, Land Rover will sell the special model with either its D300 Ingenium mild-hybrid or for 110 variants, its P400e plug-in hybrid powertrain.

“Since revealing the new Defender, customers around the globe have fallen in love with it and demand remains extremely strong,” Defender lifecycle chief engineer Stuart Frith described. “This new Limited Edition captures the spirit of the past 75 years, with its colour and detailing, and fuses it with innovative new technology such as Hybrid Electric power, Configurable Terrain Response, software over the air updates and unrivalled all-terrain capability.”