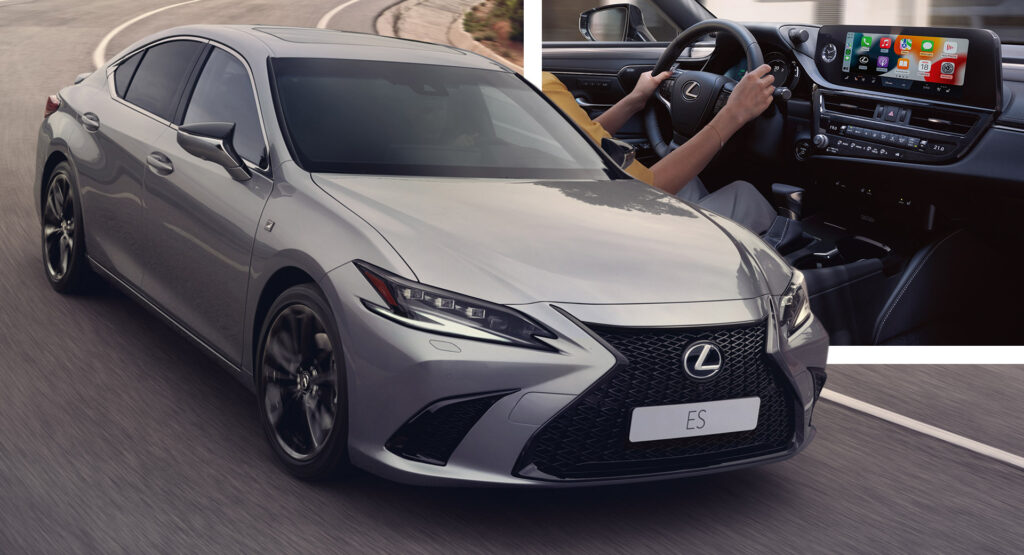 Lexus announced a series of updates for the ES sedan in Europe, including new infotainment, more tech features, and a new F Sport Design trim.

The sixth generation of the Lexus ES was introduced in 2018 and received a facelift in 2021. Things however have moved on since on the tech front, with Lexus rolling out its latest infotainment system in models like the RX, NX and UX. Thus, the European ES benefits from a faster unit that is easier to use and has more features. 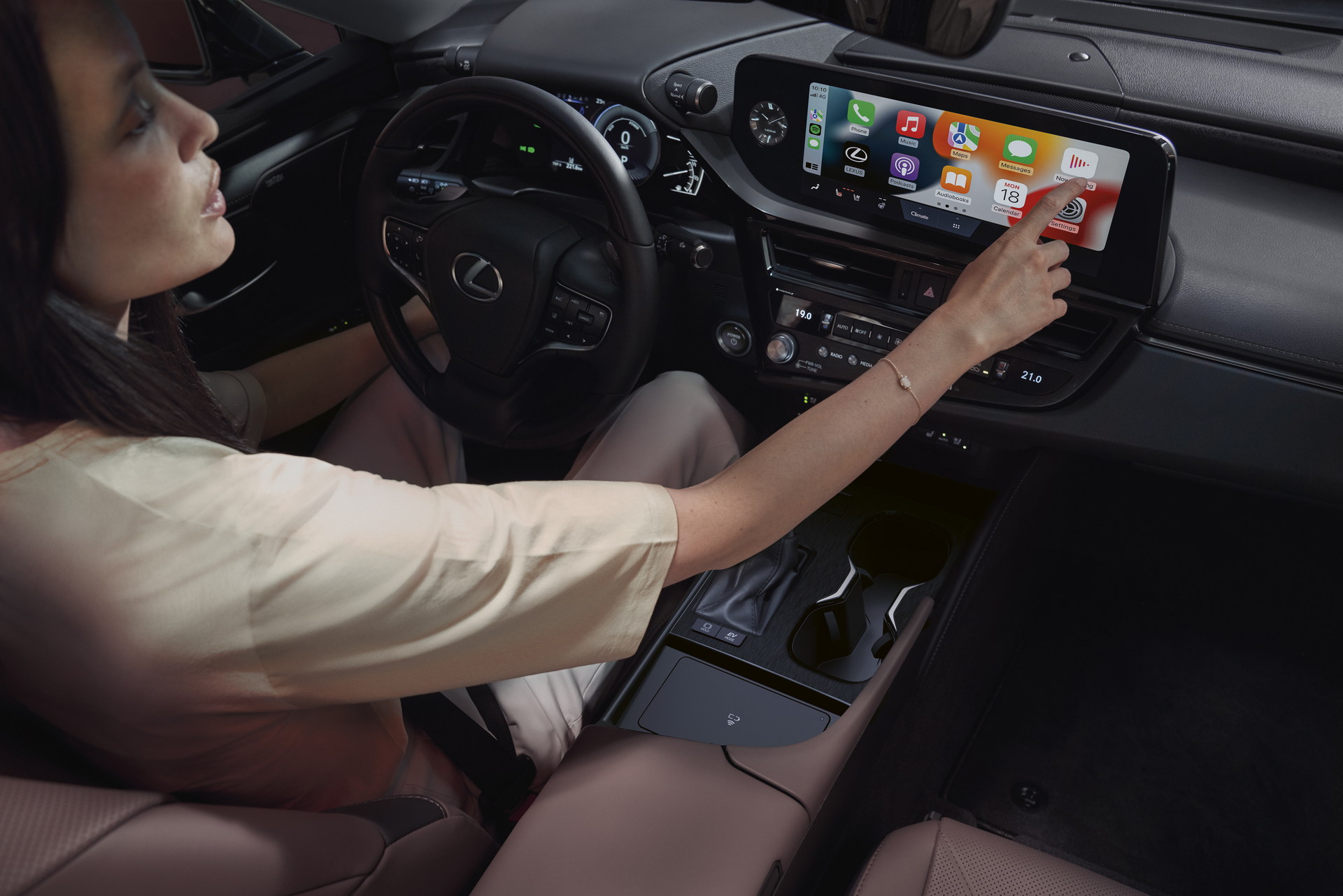 Lexus didn’t reveal the size of the central touchscreen but it is likely 12.3-inches as with other models in its lineup. The system brings wireless Apple CarPlay connectivity, although for some reason, Android Auto still requires a wired connection. There is also cloud-based navigation showing real-time updated information about traffic, fuel prices, and parking. The voice recognition system has also been revamped, being compatible with 19 different European languages while responding to informal commands.

The new data communication module (DCM1) allows the ES to connect to mobile networks and the internet, as well as integrate the e-Care function that is monitoring the vehicle 24/7 and notifies the owner when a service is needed. The module also gives access to remote control features through the Lexus Link smartphone application. 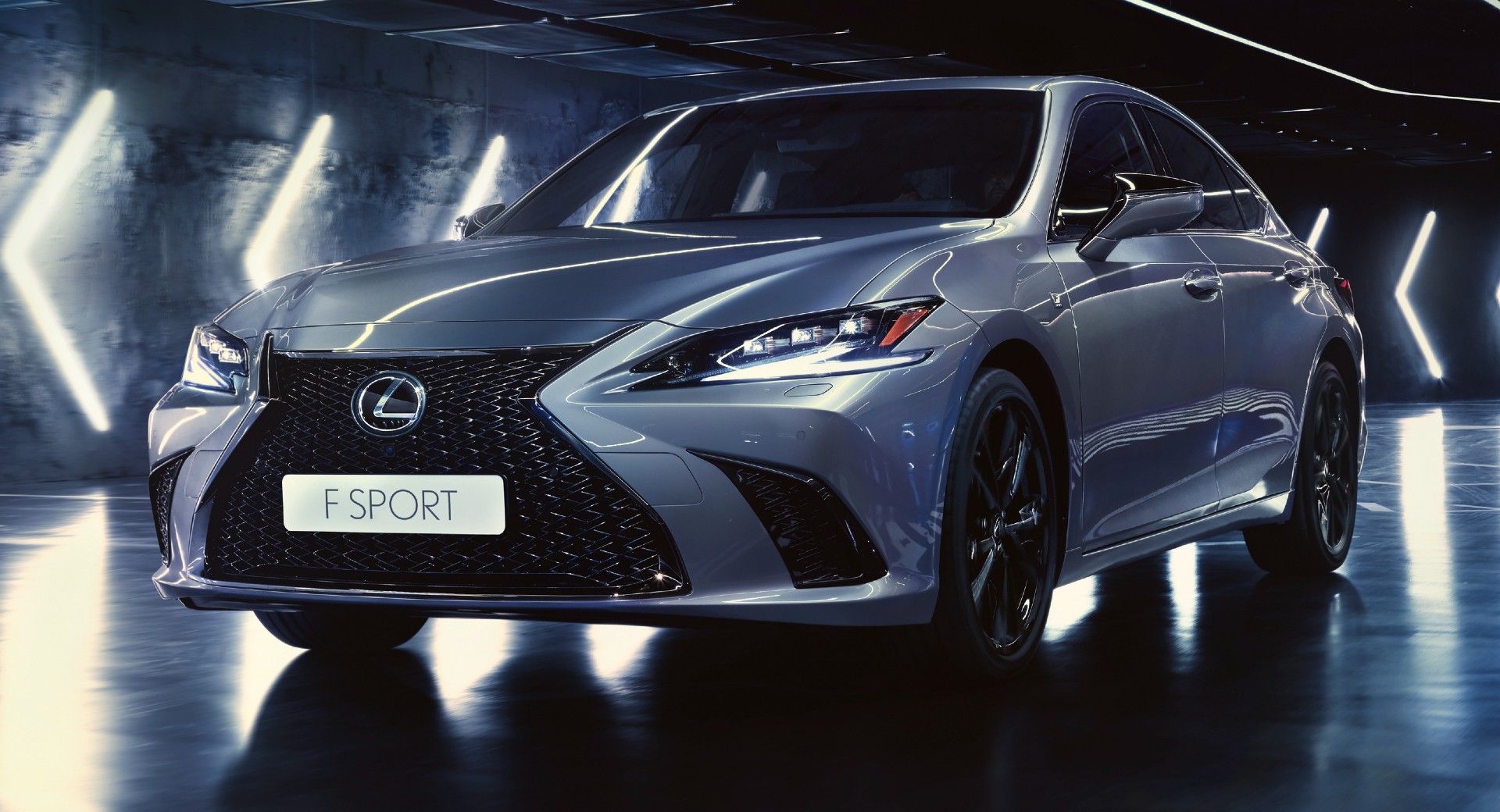 Setting aside the new infotainment, Lexus redesigned the center console of the ES. It now has two cupholders, USB-A and USB-C ports, plus a new wireless charging pad that is more easily accessible. Last but not least, the new Ammonite Sand interior trim option has replaced the Rich Cream.

There are no exterior changes to the ES since the model was recently facelifted. However, Lexus is now offering the F Sport Design trim which is distinguished by the black-painted 19-inch alloy wheels and F Sport Design badges on the fenders, while offering a choice between 10 exterior and four interior colors. Powertrain options are carried over, but the ES 300h variant will be made available in additional markets (Azerbaijan, Georgia, Moldova, and Ukraine).

Production of the EU-spec 2023 Lexus ES will start in August, with the first deliveries scheduled for October. It remains to be seen if the automaker brings the same updates in the US-spec model confirming earlier rumors.