2023 Mercedes-Benz GLA Struts Its Facelifted Stuff At The ‘Ring

The facelifted Mercedes-Benz GLA has been spied in the midst of testing once again and while it won’t look dramatically different than the outgoing model, it will certainly make the crossover feel a touch more up-to-date.

These spy shots of the updated model should Mercedes-Benz engineers putting it through its paces at the Nurburgring Nordschleife. It is only wearing camouflage across the front fascia and a small section of the tailgate, revealing that these are the two key areas where Mercedes has made significant alterations.

When compared to the outgoing GLA, it’s immediately apparent that the grille has been tweaked and is now slightly wider than before. Fitted alongside this new grille is a pair of updated headlights that appear slightly sharper and more angular than the current GLA. A number of alterations have also been made to the front grille. 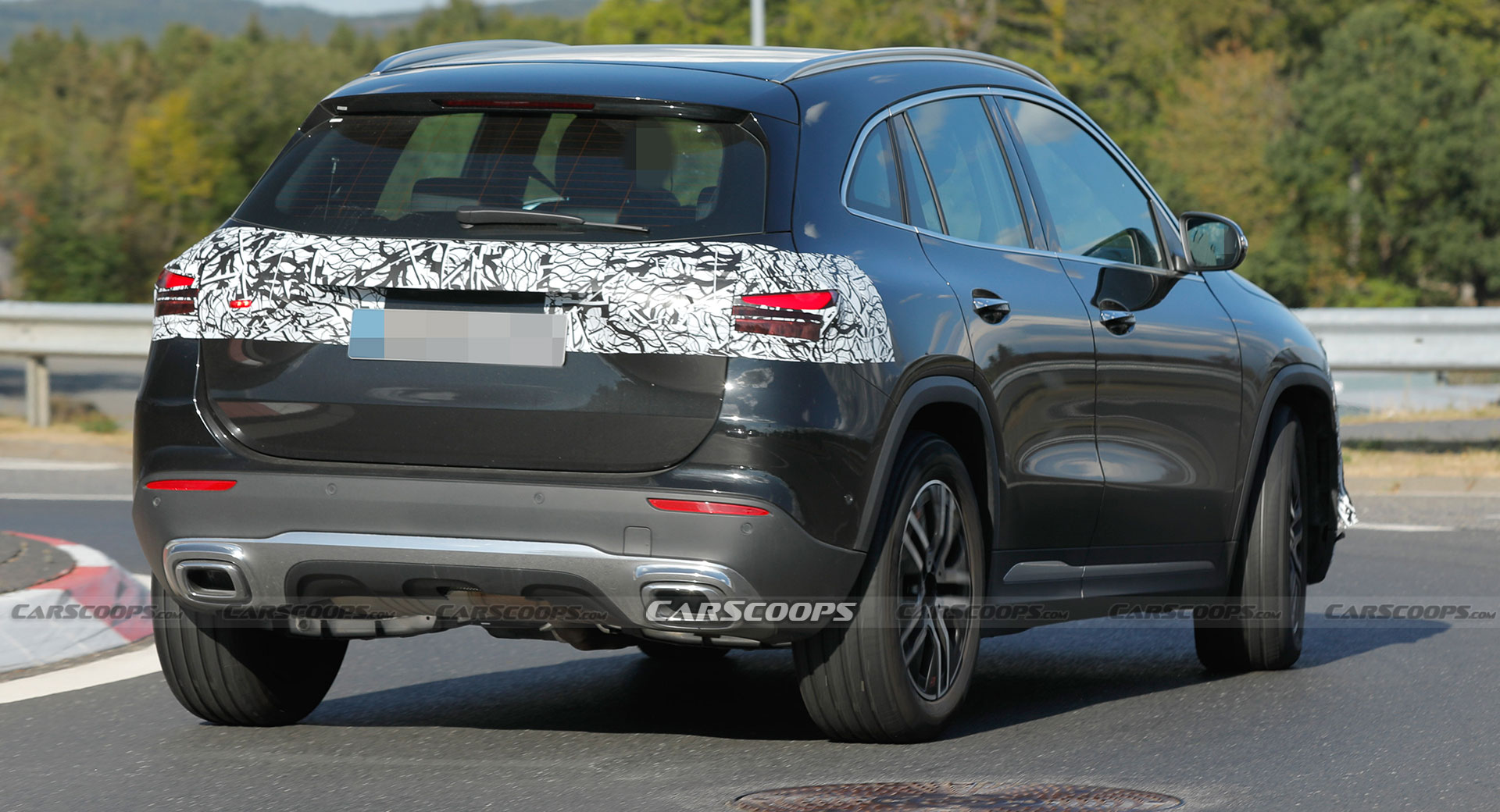 The German car manufacturer hasn’t done much to update the rear fascia of the GLA, other than designing a set of new taillights with different LED graphics.

A number of updates will also be made to the crossover’s interior, even though these spy shots don’t show the cabin. Our sources suggest the GLA will benefit from similar updates to the facelifted A-Class, meaning there will be a new infotainment screen and a refreshed center console without the carmaker’s famous touchpad controller. We understand that a new steering wheel will also come standard, as will a host of trim and upholstery updates.

No changes are expected on the powertrain front. That means a 2.0-liter turbocharged four-cylinder with 221 hp and 258 lb-ft (349 Nm) of torque should come standard on American models and will be mated to an eight-speed dual-clutch transmission. Both front- and all-wheel drive configurations will be offered.

A multitude of other powertrains will be available in Europe, including a 1.3-liter four-cylinder petrol and a 1.3-liter plug-in hybrid with a 15.6 kWh battery pack and an electric motor.