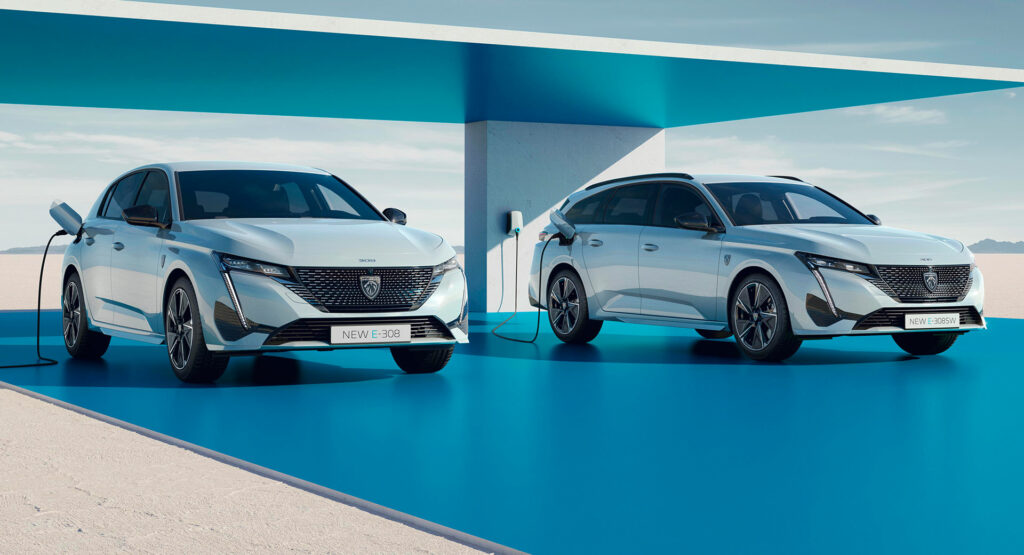 The Peugeot 308 range has just grown with the launch of all-electric variants of both the 308 hatch and 308 SW, set to hit the market in the middle of next year.

Found beneath the skin of both models is a 54 kWh high-voltage battery made up of 80 per cent nickel, 10 per cent manganese, and 10 per cent cobalt. The battery is a 400-volt system and while final range figures haven’t been announced, Peugeot says both models will be good for over 400 km (248 miles) on a charge.

Aerodynamic efficiency was also a key focus for the French marque in developing the two models. The front end has been optimizied, as has the underbody, and a new set of 18-inch aluminum wheels have also been designed. Low-friction tires are also fitted as standard and Peugeot claims average energy consumption of the E-308 and E-308 SW sits at 12.7 kWh per 100 km.

An on-board three-phase charger comes standard with a power rating of 11 kW and when plugged into a 100 kW charger, the vehicles can be juiced up from 20 per cent to 80 per cent in less than 25 minutes.

Driving the wheels is an electric motor producing 156 hp and 192 lb-ft (260 Nm) of torque. Peugeot has not released performance times for the two models. What we do know is that drivers will be able to choose between the Eco, Normal, Sport, and Brake driving modes, the latter of which increases the amount of brake regeneration. 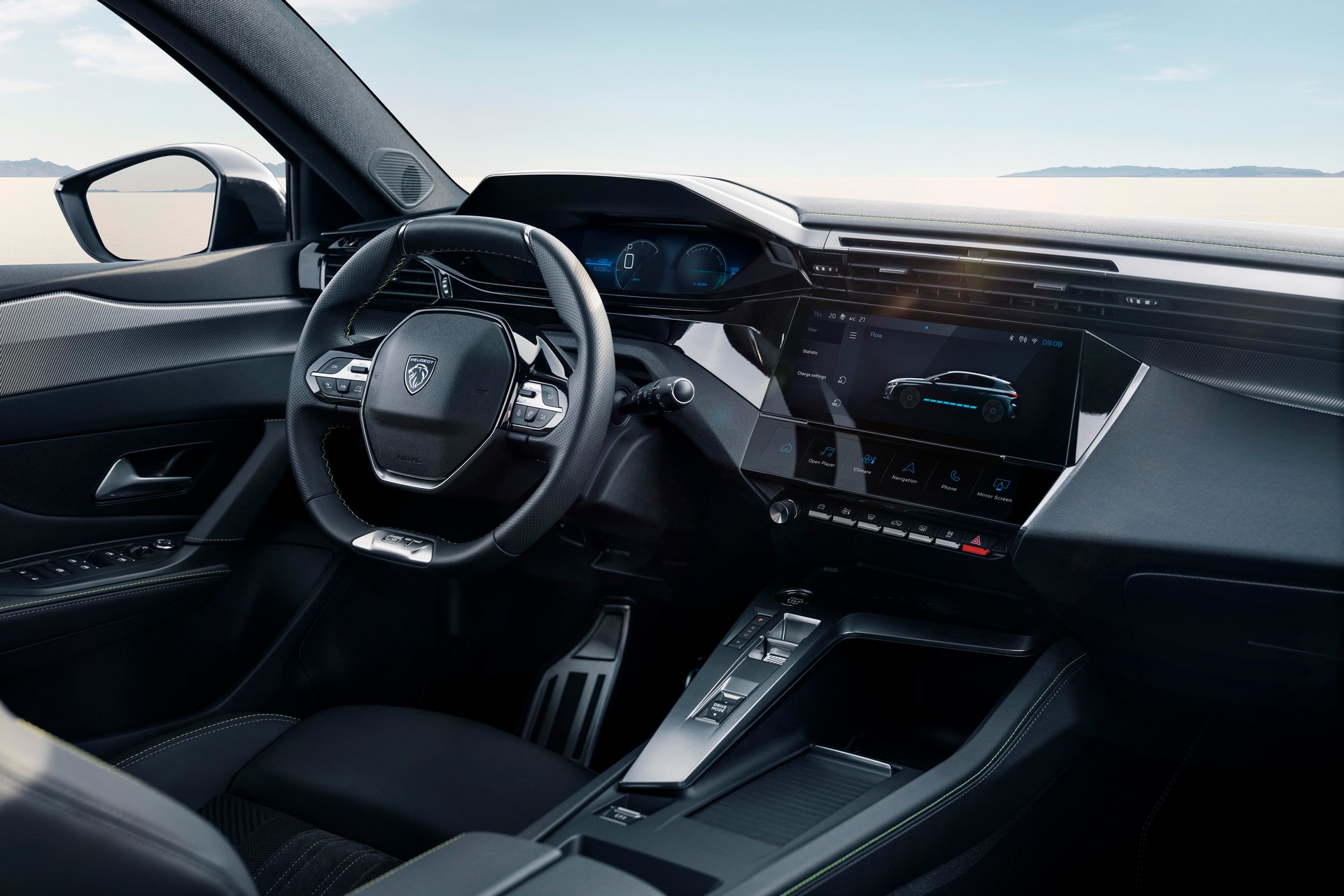 The interior is largely identical to a combustion-powered 308, meaning it features the latest generation of the Peugeot i-Cockpit with a small heated steering wheel, a 3-dimensional digital Head-Up Display, and a central 10-inch touch screen.

While Peugeot hasn’t confirmed market-specific pricing and availability details for the E-308 and E-308 SW, it says that shoppers in some markets will be able to purchase it through the brand’s new online sales site and have the vehicle delivered to their doorstep free of charge. The two models also work with the MyPeugeot smartphone app that can schedule a remote charge or launch a thermal pre-conditioning program for the battery.