2023 Porsche Macan EV Spotted Testing In The Alps Alongside Cayenne 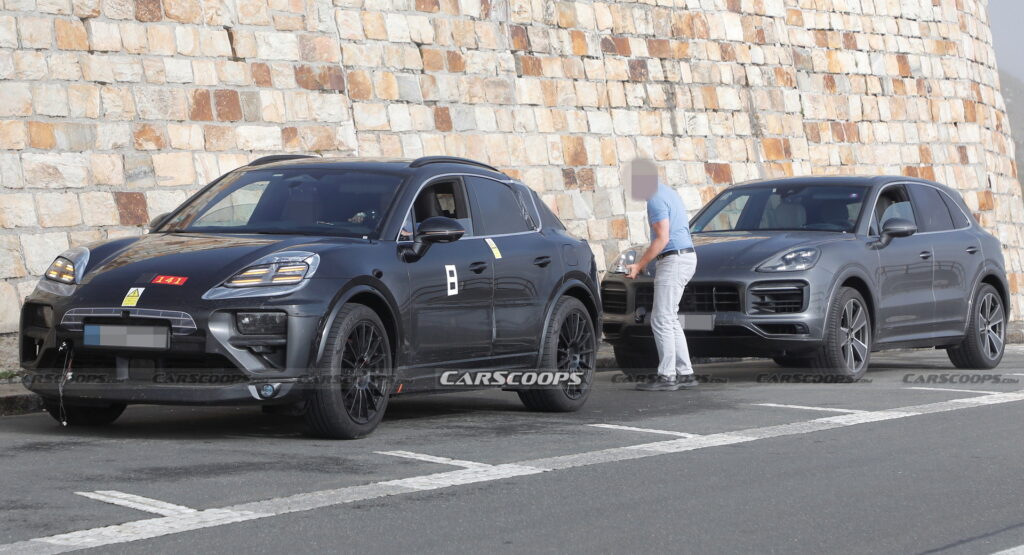 Expected to be unveiling the new electric Macan later this year, Porsche is putting the final touches on its first all-electric crossover. Spotted high in the Alps by our trusty spy photographers, the fully electric successor of the popular Macan can be seen testing in tandem with a Cayenne.

Porsche is clearly hard at work testing the new crossover extensively, with the test car seen here towing the bigger Cayenne. Although we don’t know precisely what’s going on here, seeing the vehicles in such close proximity does at least provide us with a good idea of exactly how big the Macan EV will be.

Seen next to the SUV, the electric crossover also looks rather pointy up front, which may suggest that the Porsche aerodynamicists have had their way with the crossover. Indeed, Michael Steiner, head of development, said in May 2021 that the Macan EV will look quite different from the standard model and will get a unique front fascia.

Read Also: Get Your Best Look Yet At The 2023 Porsche Macan EV And Its Interior 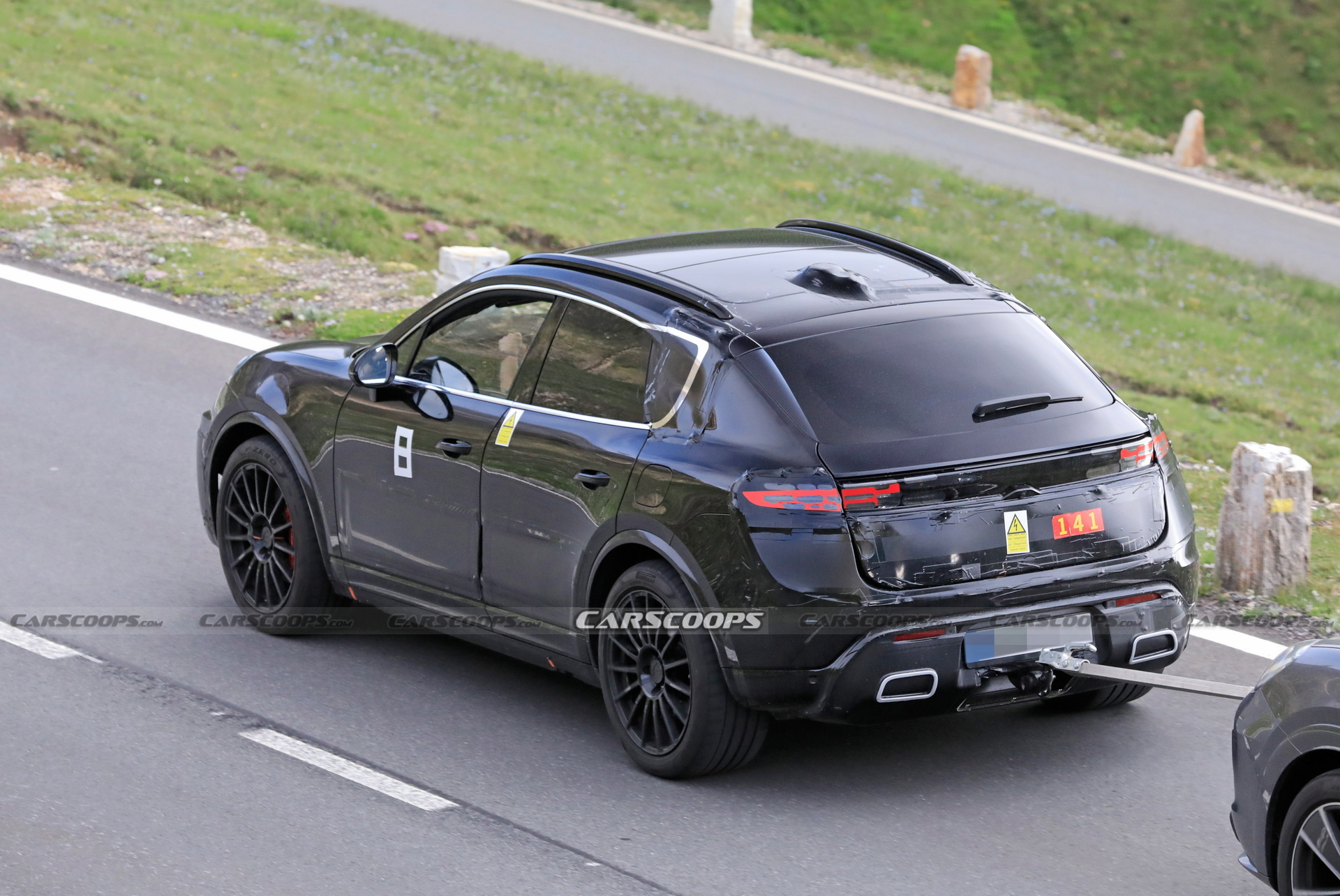 Still sporting the camouflage that has graced the test vehicle for over a year, many questions remain about the design’s finer points. We can, however, still see the frameless doors, the active lower grille vents, and the active spoiler.

These, along with the new PPE platform, should conspire to make the Macan EV a technological showpiece for Porsche. Expected to have a significantly longer range than the Taycan, reports suggest that it will be able to travel more than 300 miles (483 km) on a single charge, as measured according to the strict EPA standards.

The all-electric Porsche Macan is expected to be unveiled later this year, and production is expected to start just a little later. That will likely mean that it is sold as a 2023MY vehicle.