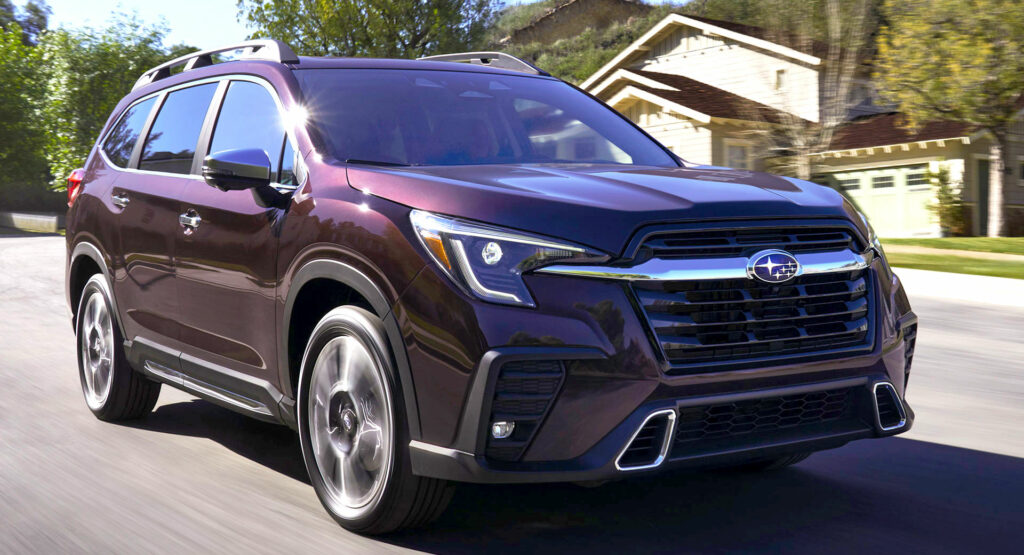 Consumers haven’t fallen in love with the Subaru Ascent, so the Japanese company is changing course and introducing a facelift for the 2023 model year.

Set to arrive at U.S. dealerships this fall, the updated mid-size crossover has a bolder look thanks to a larger grille that is flanked by new LED headlights. They’re joined by a more aggressive front bumper that has new intakes, which help to improve air flow under the vehicle.

Elsewhere styling changes are limited, but the crossover adopts updated wheels and new taillights. The latter have bolder graphics as well as a more pronounced C-shape. 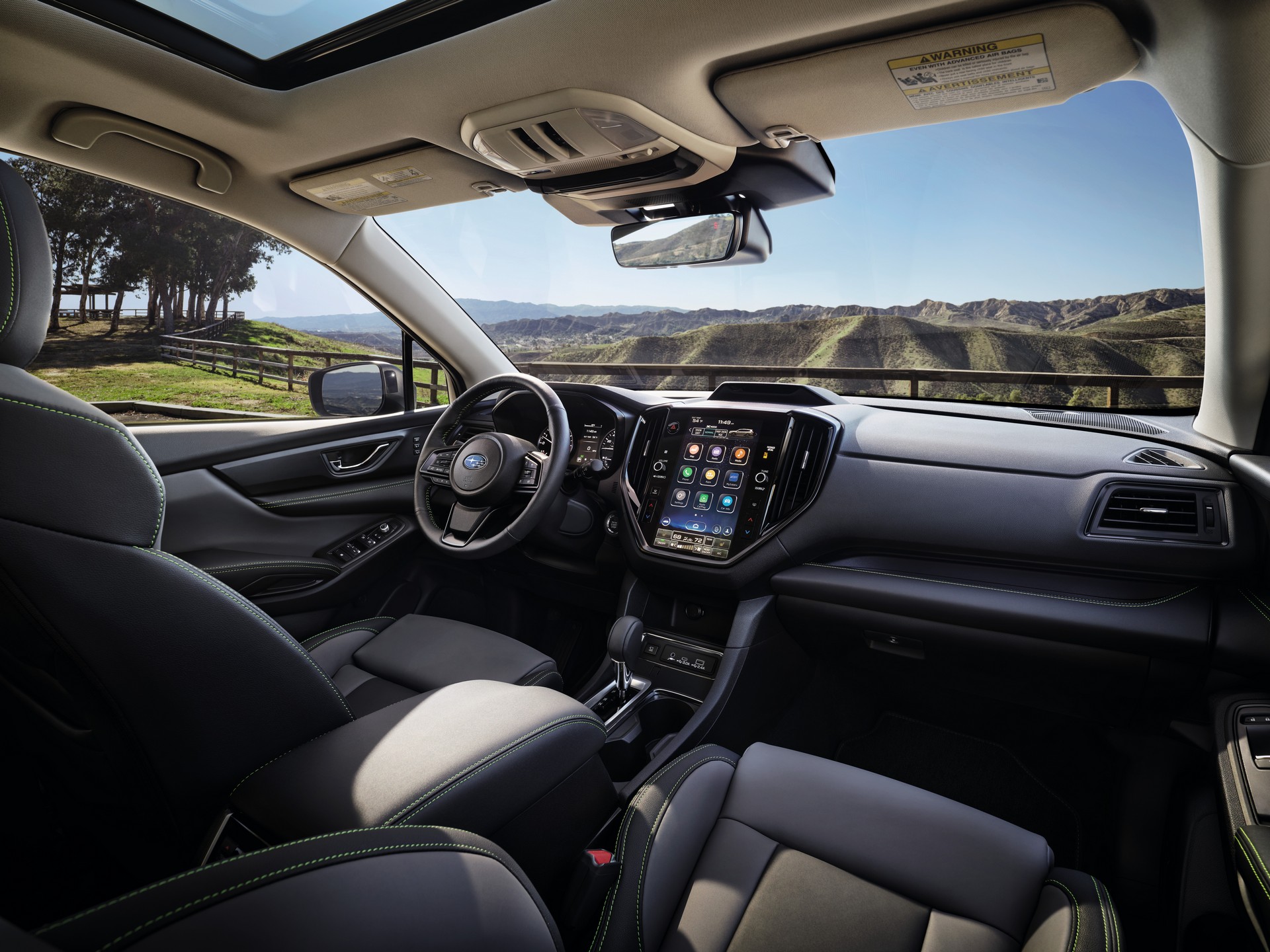 The modest updates continue in the cabin as the previous 6.5-and 8-inch infotainment systems have been replaced by a newly standard 11.6-inch display with a portrait orientation. Besides the larger screen, the new system has wireless Android Auto and wireless Apple CarPlay compatibility as well as dedicated climate and multimedia controls.

Speaking of technology, the 2023 Ascent has a newly available Cabin Connect system which improves communication between first- and third-row occupants. Similar to Kia’s Passenger Talk function, the system uses a microphone and the rear speakers to project the voice of the driver and front passenger to the third-row.

On the safety front, the crossover comes with the latest version of the EyeSight driver assistance system. It sports a new wide-angle mono camera to expand the “field of view to recognize pedestrians and bicycles sooner when the vehicle enters an intersection at low speed.” The system also boasts updated software and this promises to allow it to operate “more smoothly and under a greater range of conditions.”

On models equipped with Blind-Spot Detection with Lane Change Assist and Rear Cross-Traffic Alert, there’s a new Automatic Emergency Steering function. It works in conjunction with the Pre-Collision Braking System to help steer the vehicle to avoid a collision when travelling at speeds of less than 50 mph (80 km/h). Speaking of safety, there’s a new Surround View Monitor that uses four cameras to create a 360° overhead view of the vehicle.

While those are the main updates, the 2023 Subaru Ascent will be offered in five trims including a revamped Onyx Edition. That particular model sports a blacked out exterior with 20-inch wheels featuring a black finish. Buyers will also find a standard panoramic moonroof and water-repellant StarTex seats with new green contrast stitching.

The rest of the trims largely carryover, but the entry-level model receives a rearview camera washer.  Likewise, the Limited now comes with a third-row USB-A charging port as well as 20-inch dark gray wheels with a machine finish.

No Changes Under The Hood 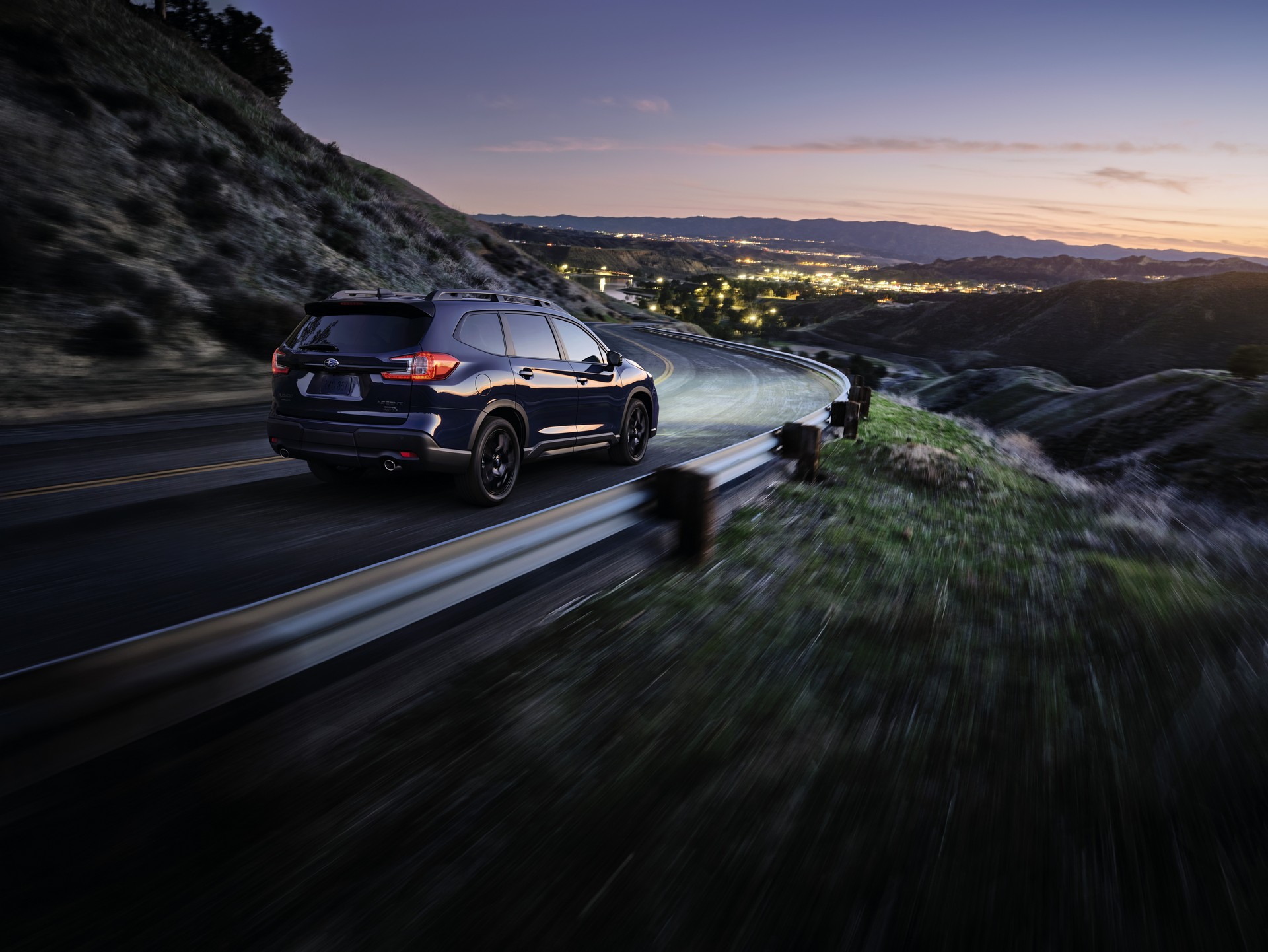 Power is provided by a familiar turbocharged 2.4-liter four-cylinder engine that develops 260 hp (194 kW / 264 PS) and 277 lb-ft (375 Nm) of torque. It’s connected to a continuously variable transmission and a standard all-wheel drive system.

Pricing will be announced closer to launch, but expect the model to cost slightly more than its predecessor which began at $32,795.