A new teaser image from Toyota all but confirms that the next-generation Crown will look like the swoopy, high-riding sedan we previously saw in patent images.

The teaser, first seen by Creative Trend, promises an unveiling on July 15 and shows the profile of the vehicle from the tip of the nose to just before the front door handles. The image still hides some details, but it’s a design language we’ve seen before.

Just a few weeks ago, images of a patent Toyota applied for were found online, and they showed a logo that looked suspiciously like a crown on the front of a high-riding vehicle that had coupe-like (or sportback, to borrow an Audi term) body lines and four (or five) doors. 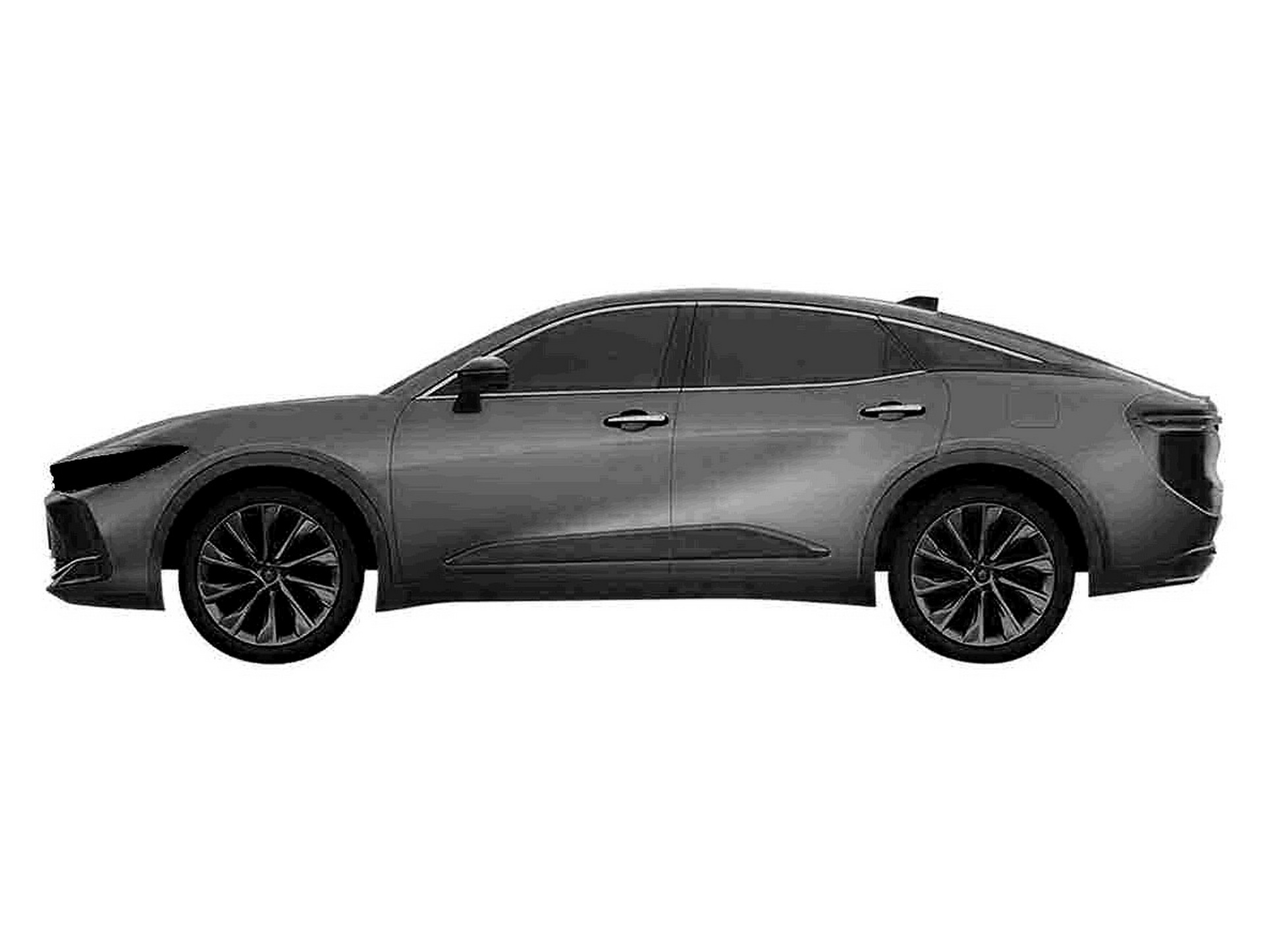 Specifically, it had a hood that sloped down near the front towards sharp headlights. It also had a trim piece running along both side doors, the front of which appears visible in the teaser image above.

The similarities between these images, as well as the confirmation of the new logo for the Toyota Crown, point pretty solidly towards those patent images been accurate. This means that the new vehicle will be a significant departure from its old-school antecedents.

One of Toyota’s oldest nameplates, the Crown has historically been a very traditional sedan. Sales of the model, though, have been slipping and it hasn’t been available in the U.S. for decades. With this generational shift, that could all change. 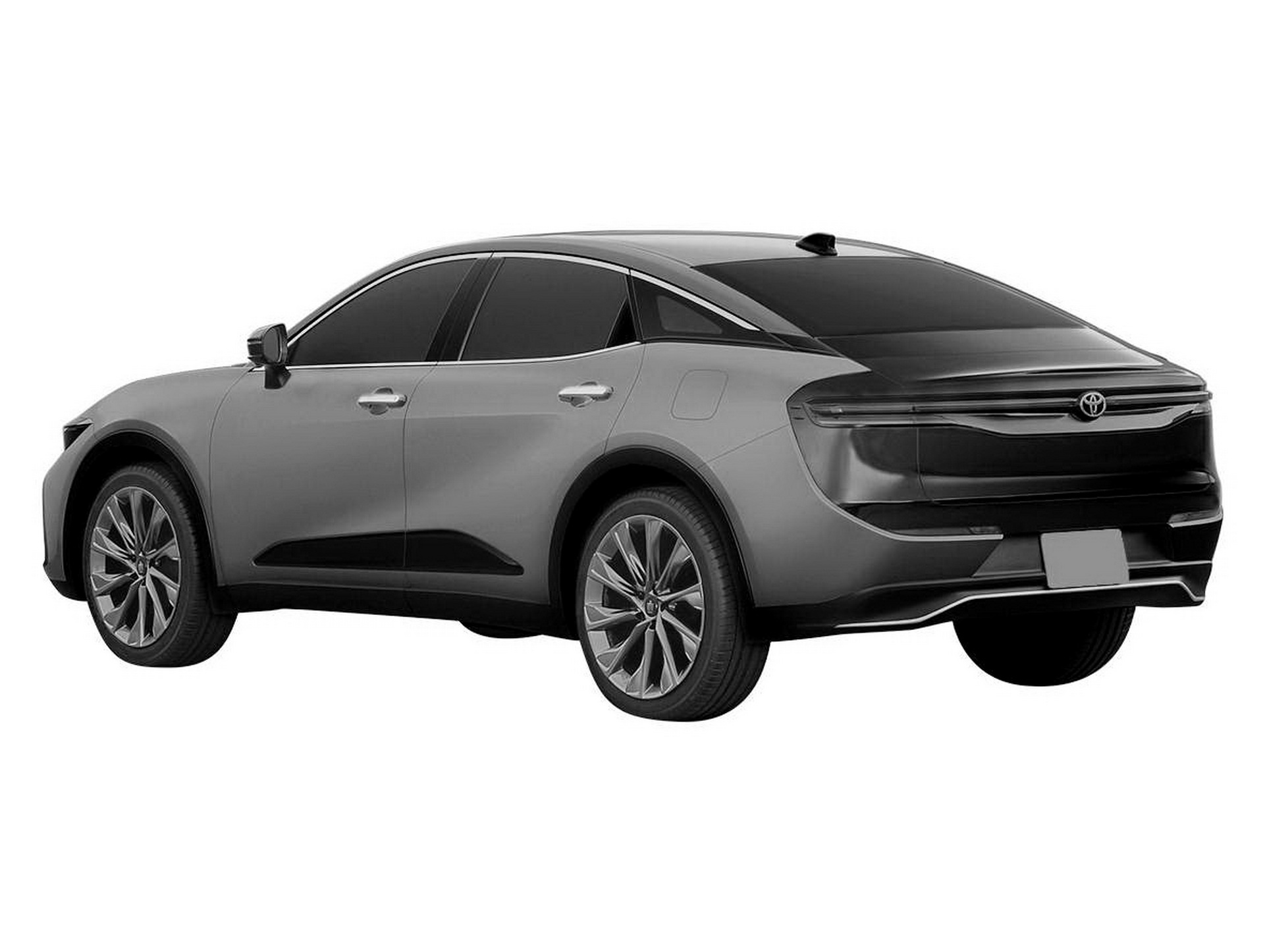 Another teaser released yesterday (the same one that confirmed the Crown logo) cryptically asked whether the Crown would be a sedan or an SUV. That clearly suggests that the high-riding sedan is riding the fence between both bodystyles, as has been tried by other automakers, like Peugeot.

A leaked dealer document seen by Carscoops, meanwhile, suggests that an SUV version of the Crown will be sold in the U.S. and could hit dealer showrooms as soon as this autumn.

Japanese media report that the new model will be based on the TNGA-K architecture, which offers vehicles both FWD and AWD layouts, as well as hybrid and electric powertrains. Expect to find out precisely what’s going on with the new Crown on July 15, when the vehicle is unveiled. 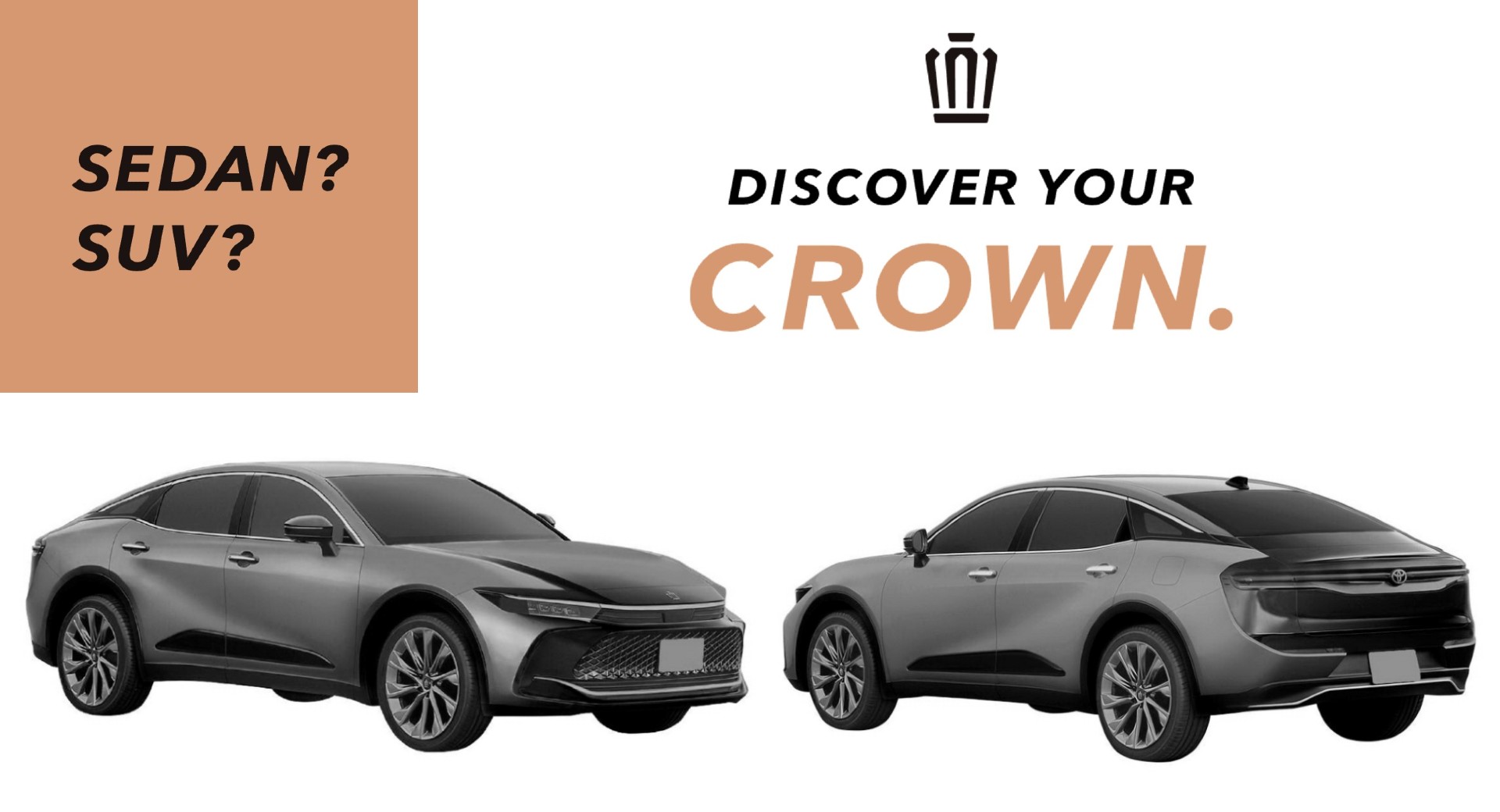