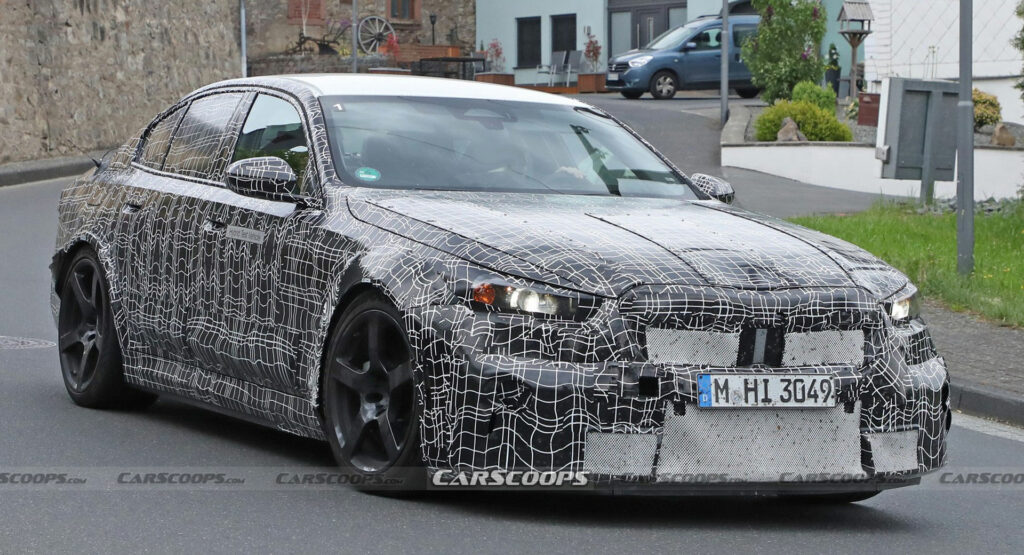 BMW will introduce the highly anticipated M3 Touring later this month, but that isn’t the only high-performance model on the horizon. Quite the opposite as spy photographers have snapped the next-generation M5 undergoing testing in Germany.

Dressed in heavy camouflage, the redesigned sport sedan embraces evolution rather than revolution. Despite this, there are plenty of changes as we can see a larger grille that thankfully isn’t as ostentatious as the one found on its smaller sibling.

The updates continue further back as there are pronounced fenders and streamlined bodywork. They’re joined by an edgier shoulder line, while the current model’s character line has been dropped. 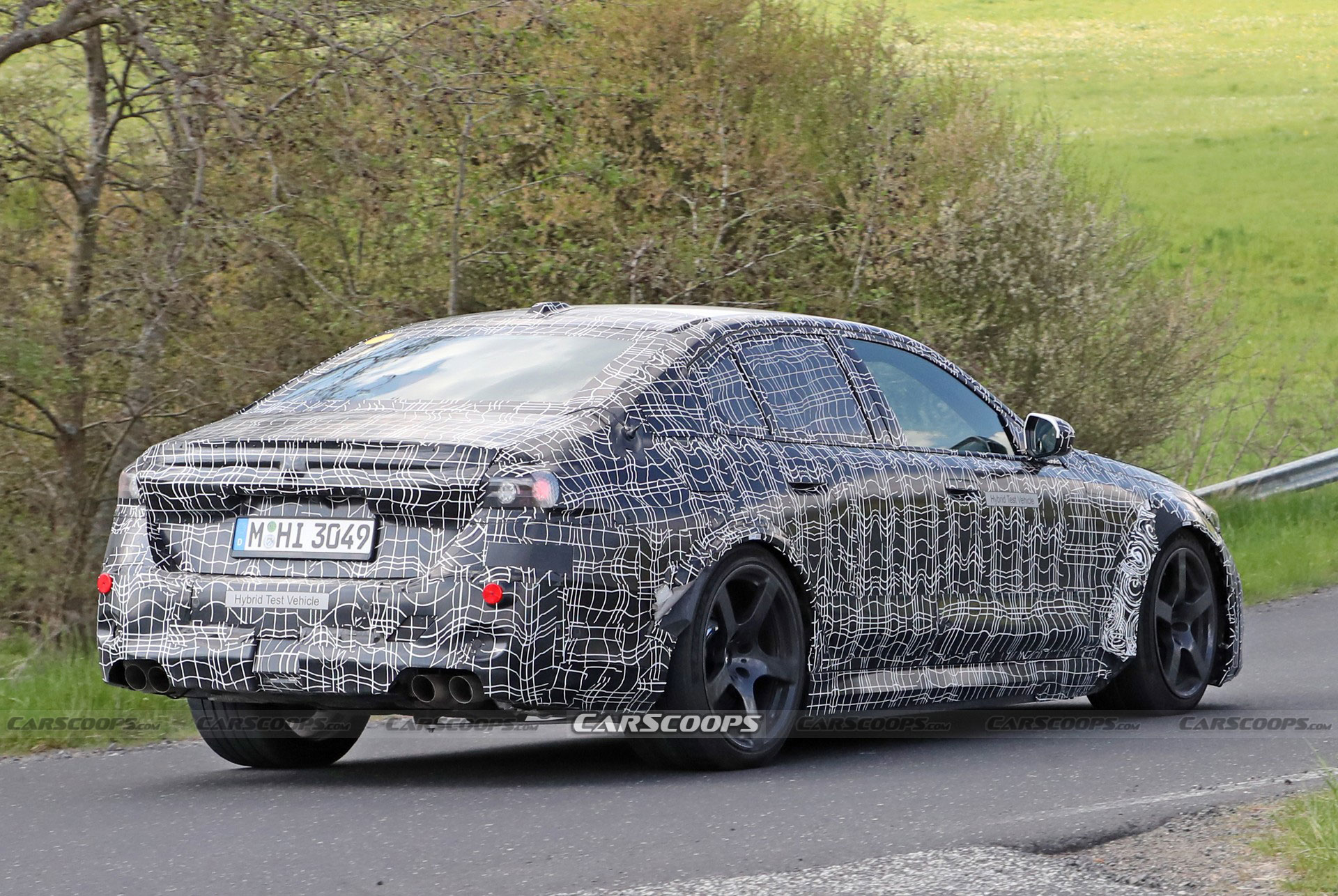 While there isn’t much else to see, the prototype sports an evolutionary greenhouse and a high-performance braking system with ventilated discs. The model also has a discreet rear spoiler, flush-mounted door handles, and a four-tailpipe exhaust system.

Spy photographers haven’t gotten a good look inside, but pictures of the upcoming i5 provide a handful of clues. In particular, we can expect a Curved Display that consists of a 12.3-inch digital instrument cluster and a 14.9-inch infotainment system. Elsewhere, there should be a minimalist shifter and reduced switchgear.

BMW is staying tight-lipped about the model, but it’s slated to share plug-in hybrid powertrains with the upcoming XM. BMW released a handful of details about the crossover last month and confirmed the model will have a “newly developed” V8 engine as well as an electric motor that allows for a combined output of 641 hp (478 kW / 650 PS) and 590 lb-ft (800 Nm) of torque. It will be joined by a hybrid-specific all-wheel drive system as well as a battery pack that provides approximately 30 miles of electric EPA range (80 km WLTP).

While the XM will go into production this December, we’ll have to wait for the M5 as the model isn’t expected to be introduced until 2023 or early 2024.