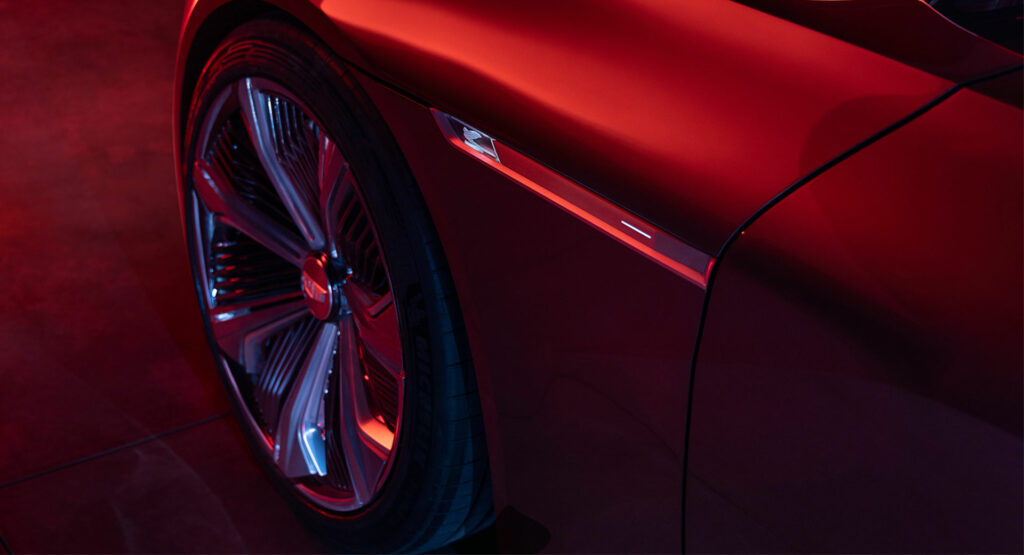 Cadillac is gearing up to unveil the Celestiq concept next month and a new report suggests the upcoming production model could cost around $300,000.

While there was little doubt the hand-built electric vehicle would cost more than six figures, the rumored $300,000 price tag would put it in ultra-luxury territory alongside Bentley and Rolls-Royce. That would be a radical departure for the brand as the company’s most expensive model is currently the Escalade-V, which starts at $149,990.

The Wall Street Journal goes on to say that with options, Celestiqs could “run well beyond” the roughly $300,000 base price. There’s little word on what those options will be, but the publication suggests the model will be offered with “customized wood trim.”

While that remains to be seen, Cadillac has already confirmed the Celestiq will offer Ultra Cruise. Essentially the next evolution of Super Cruise, Ultra Cruise will allow for door-to-door hands-free driving thanks to the use of an assortment of cameras, radar, and LiDAR sensors. The system promises to be far more advanced than Super Cruise as it reacts to permanent traffic control devices, supports automatic and on-demand lane changes, can handle left- and right-hand turns, and can park in residential driveways – among other things.

The Celestiq is also slated to offer a massive “pillar-to-pillar freeform display” as well as a “smart glass” roof. The latter is divided into four quadrants, so each occupant can individually adjust the roof transparency above their seat.

We’ll learn more about the Celestiq next month, but the publication is reporting the model will go into production by the end of 2023. However, it will be a rare sight as Cadillac is expected to build less than 500 units annually.

In related news, we recently asked Cadillac officials about the Celestiq during the Lyriq first drive. While they were understandably tight-lipped, officials revealed the concept will be a thinly-veiled preview of the upcoming production model. As a result, the road-going flagship should closely resemble the concept that debuts next month.