The Cadillac CT6 lived a short life in North America, but it survives in China as the brand’s flagship sedan.

In fact, it’s not just surviving but thriving as the company has green-lighted a second-generation model that was recently caught by spy photographers.

While we’ve already seen pictures of the car before, the latest images are more revealing as the prototype ditches some camouflage and has been equipped with production lighting units. Speaking of the latter, the model adopts split front lights that recall those found on the Lyriq. The car also has sizable air intakes and a prominent grille. 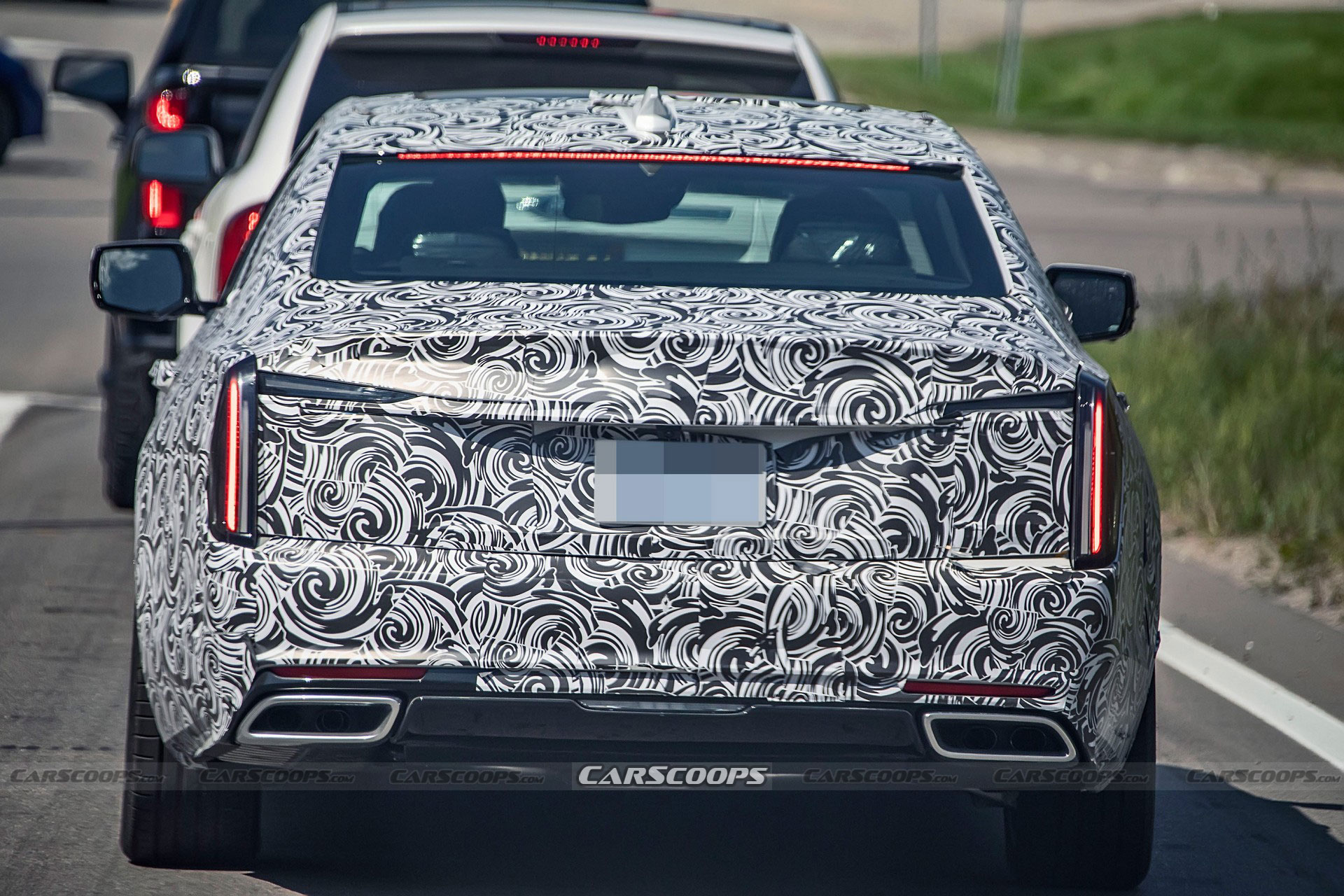 Continuing down the sides, we can see new quarter glass hidden beneath a swirly disguise. The rear end is more evolutionary, but there are new taillights with a three dimensional appearance. They’re joined by a classier rear bumper and a four-tailpipe exhaust system, which is largely obscured by dual surrounds.

Little else is known about the model at this point, but it will reportedly move from the ill-fated Omega platform to a new VSS-R architecture. While that remains to be seen, it’s possible the redesigned CT6 could continue to be offered with four-cylinder power.