Automakers hate it when pictures and info about new cars leak online because it messes up their carefully choreographed launch timelines. But in the case of the 2024 Corvette E-Ray, Chevrolet only has itself to blame.

The first every hybrid Corvette, which is also the model’s first all-wheel drive variant, was accidentally revealed on Chevy’s online configurator showing the car’s finished look, its color options and wheel choices. The goof was spotted by a member of the MidEngineCorvetteForum, who was just playing around with the C8 visualizer when he made the discovery.

Chevy has since pulled the E-Ray from the site, but not before Vette fans had grabbed a load of screenshots that showed the model gets the wider body and longer style of rear air vents below the taillights seen on the Z06, but two pairs of twin tailpipes like the regular C8.

The front bumper design also shares more in common with the Z06 than the stock C8, but both the rear vents we mentioned earlier and the front bumper feature more color-coding than you get with the Z06 items. One detail not visible is a charging port, suggesting the E-Ray might be a conventional hybrid rather than a PHEV. That would be a slightly unusual choice, given that other recent hybrid sports cars like the McLaren Artura and Ferrari 296 can all be charged from a socket.

Related: Corvette C7’s Engine Was Completely Torn Out Of The Car In California Crash 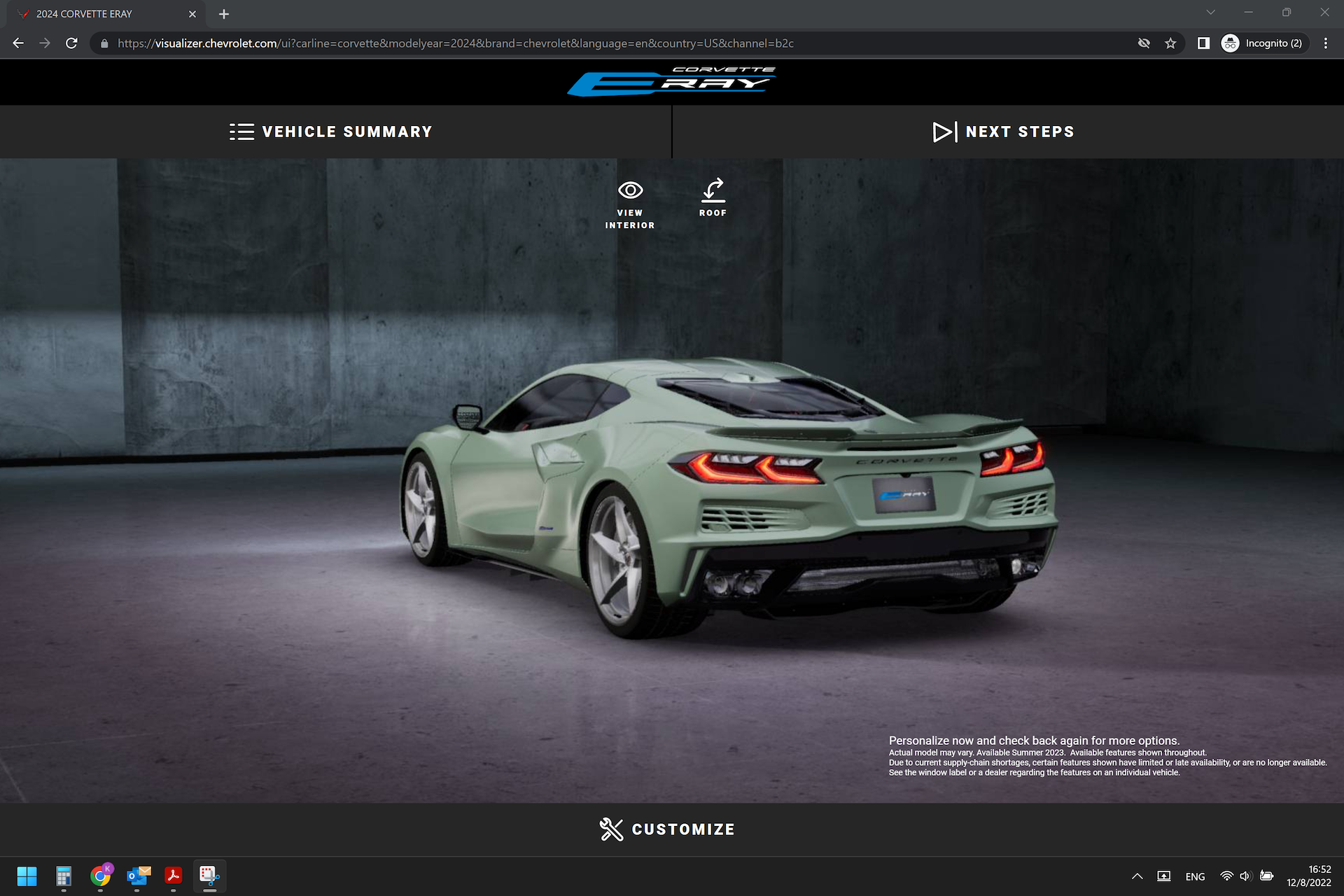 Smallprint text on some of the screenshots advises that the E-Ray will be available in summer 2023, and a vehicle summary for a forum user’s configuration confirms it will be a 2024 model-year car. That means Chevy is likely to reveal the hybrid C8 in the early part of 2023, unless it decides to pull the reveal forward now the cat is out of the bag.

“Looks like the holidays came early for a few astute Corvette fans,” said a Corvette representative when asked for a response to the leak by Corvette Blogger. “Stay tuned for more.”

India, China Trade Deficit At $51.5 Billion During April-October This Fiscal