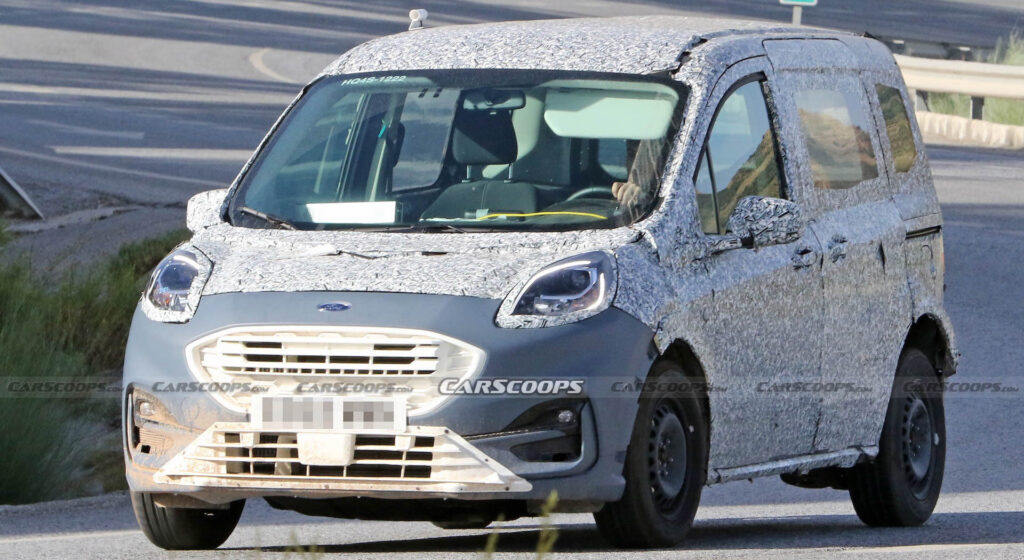 Ford has confirmed it’s working on a replacement for the ageing Transit Courier small van, and it looks like we’ve just spotted an early development version out in the wild.

The Transit Courier, or Tourneo Courier as it’s known in people-carrying guise, was launched in 2013, and though this mule does its best to hide behind that vehicle’s bodywork and a ton of brain-scrambling disguise, there are a few clues that hint this is in fact an all-new van.

The most obvious change is to the headlights, which appear to have been lifted from the Puma crossover. New lights alone don’t signify a new chassis of course – they could be part of a comprehensive facelift, and the rear lights are carried over.

But this particular van has a much taller nose than the current van, is running on five-lug, rather than four-lug hubs, and it also has a subtly different rear door. The lower section of the rear door is noticeably longer, suggesting the next Courier is getting a wheelbase stretch, and the rear wheel appears to intrude less into the door space, which ought to make it easier for rear seat passengers to climb in and out of versions configured as minivans like this one. 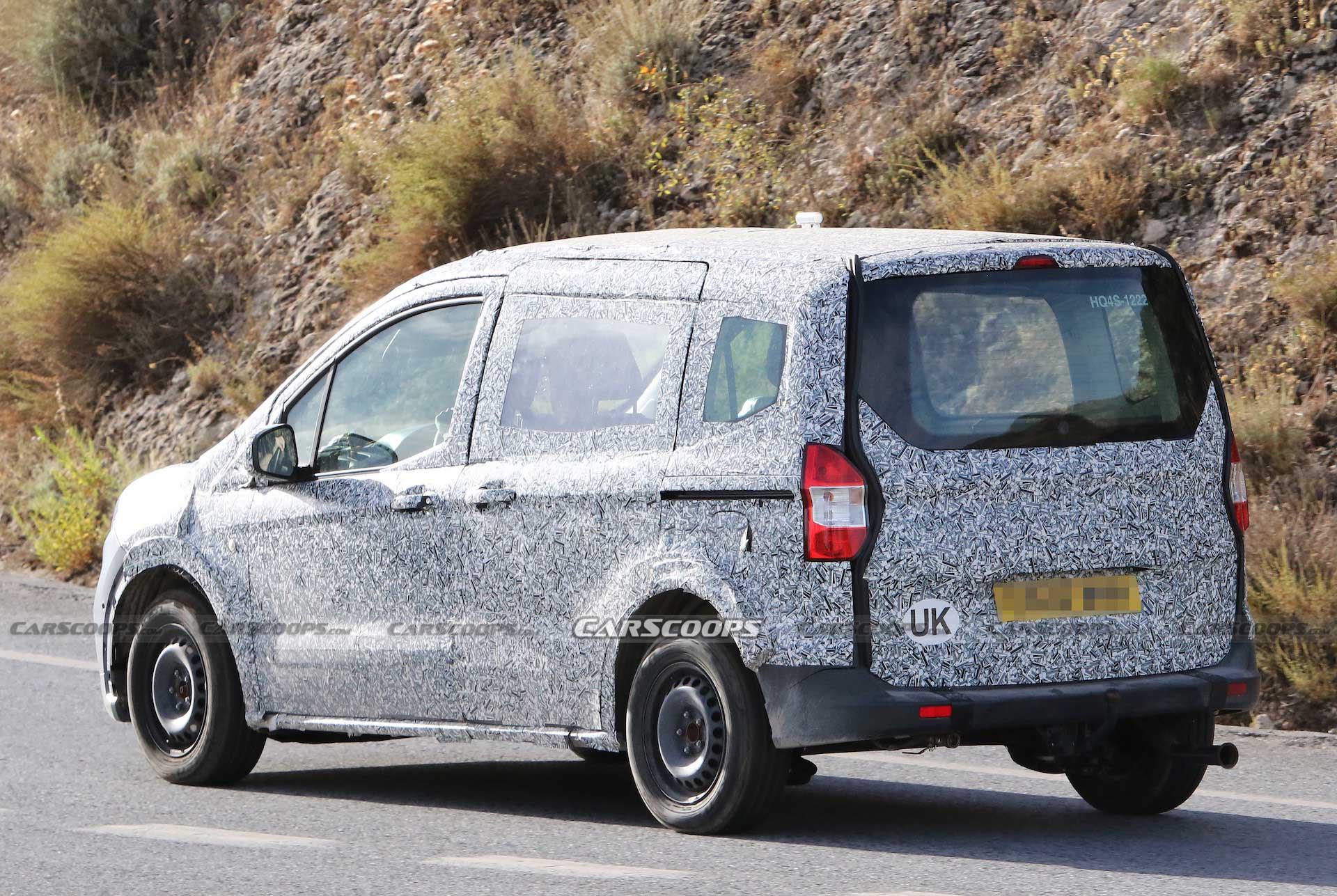 MPV-spec Tourneo Couriers will go to battle with other four-door minivans like the Mercedes T-Class, Renault Kangoo and Volkswagen Caddy. But most will be ordered as panel vans without this car’s rear door-glass and quarter windows, and the choice of two or four doors, though both passenger and commercial versions will be built at the same Ford plant in Craiova, Romania.

EcoBoost 1.0-liter petrol and 1.5- and 1.6-liter Duratorq diesel engines are still likely to account for the bulk of sales, at least initially, and those are the powertrains we’ll see when Ford pulls back the covers on the final production van in 2023. But both Mercedes and Renault are offering electric versions of their vans (which are built from the same platform in the same French factory, along with the Nissan Townstar), and we’re expecting Ford to follow suit in 2024.