The Range Rover Velar pushed the brand’s design language forward when it was introduced in 2017, and now the mid-sized luxury crossover is about to get a facelift.

Looking instantly recognizable, this particular prototype was recently spotted undergoing hot weather testing in southern Europe with a heavily camouflaged front fascia. While the bumper appears to carryover from the current model, that will likely change as development progresses. We can also expect updated headlights, although the disguise makes any changes virtually impossible to notice.

The modest updates should continue out back as we can expect a new rear bumper and revised taillights. While these changes may not be groundbreaking, they should help to keep the model fresh for a few more years. 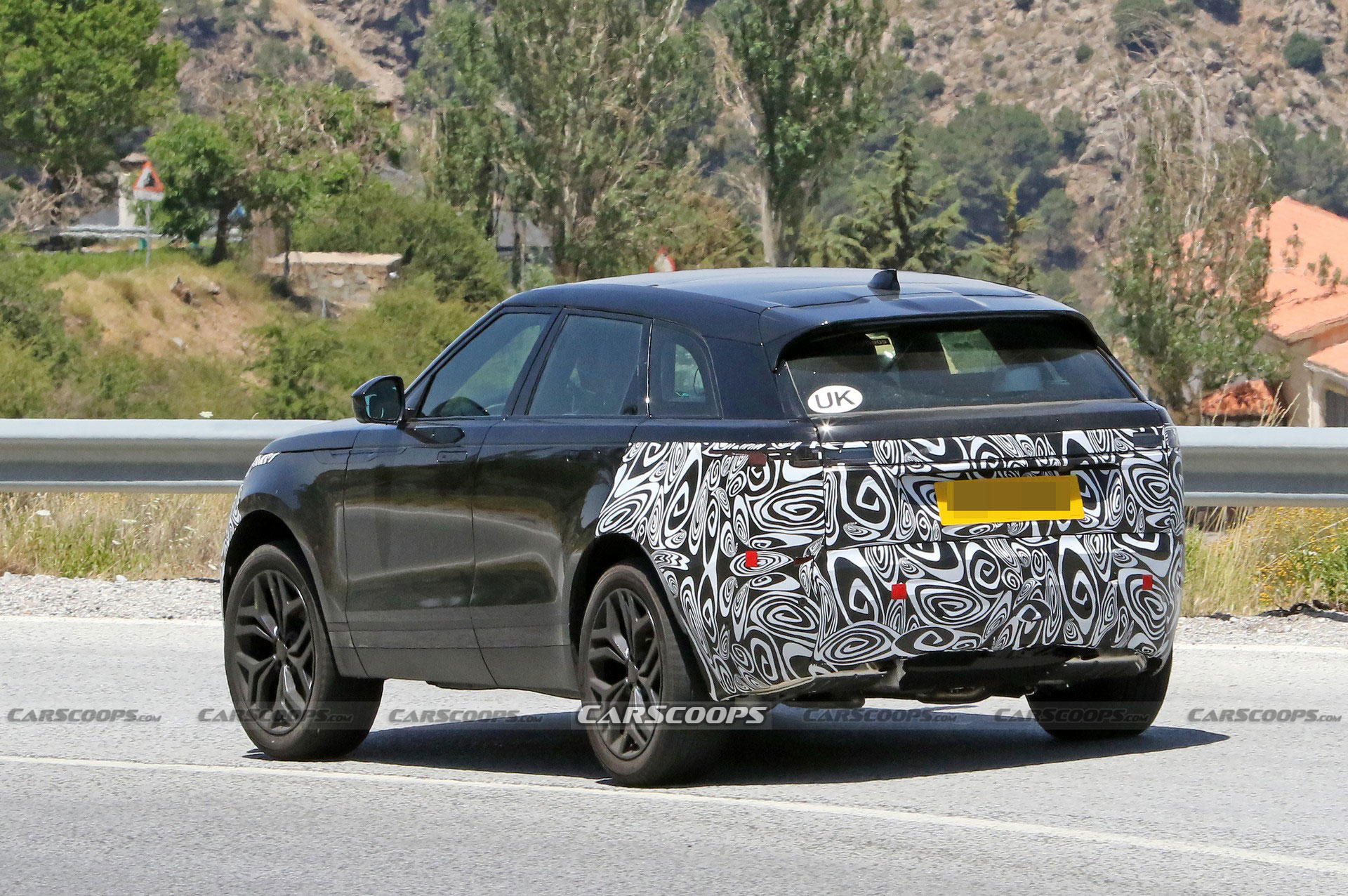 Spy photographers couldn’t get close enough to take interior pictures, so it remains unclear if the evolutionary updates will continue in the cabin. However, significant changes are possible as the model may get new switchgear and a larger infotainment system. This remains to be seen, but the current Velar has a 10-inch infotainment system as well as a lower 10-inch display that focuses on climate controls and vehicle settings.

We’ll likely learn more closer to the model’s unveiling, which is expected to occur late next year.