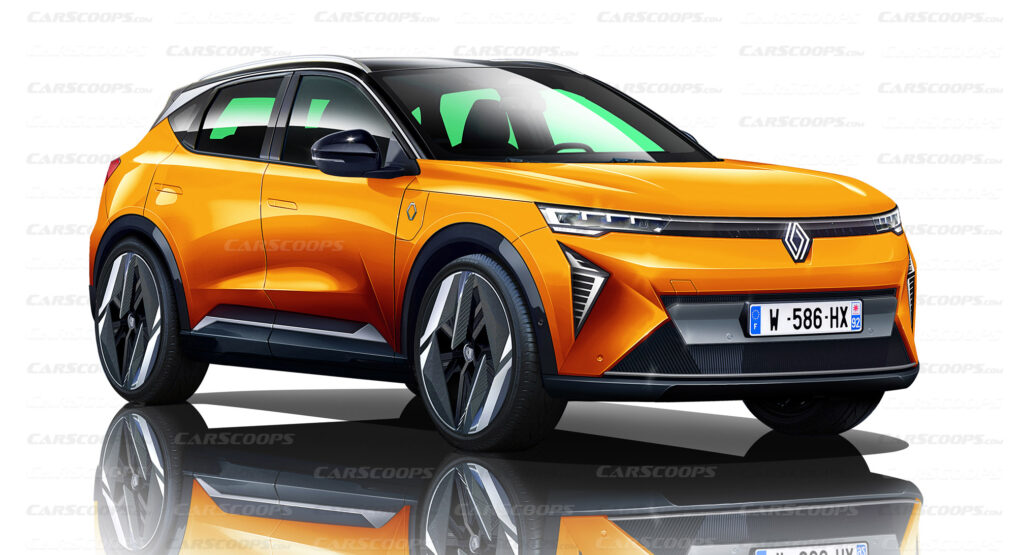 This story includes speculative renderings of the upcoming Renault Scenic created by Jean Francois Hubert/SB-Medien for CarScoops that are not related to nor endorsed by Renault.

The global dominance of SUVs nearly extinguished the compact MPVs from the market, but as our hopes for a new Scenic were fading away, Renault proved us wrong. The Scenic Vision Concept unveiled last spring as a preview for a production model coming in 2024 breathed new life into the once popular nameplate. Thus, we gathered all the information we have about the fifth-generation Scenic, alongside a few speculative renderings that are likely very close to reality.

With the current Scenic in its twilight years after pretty much failing to battle the SUVs in the sales department, the futuristic concept shows the way of the future with a different styling approach. For the first time since 1996, the Scenic will abandon the traditional MPV silhouette of its predecessors, opting for a proper crossover stance. 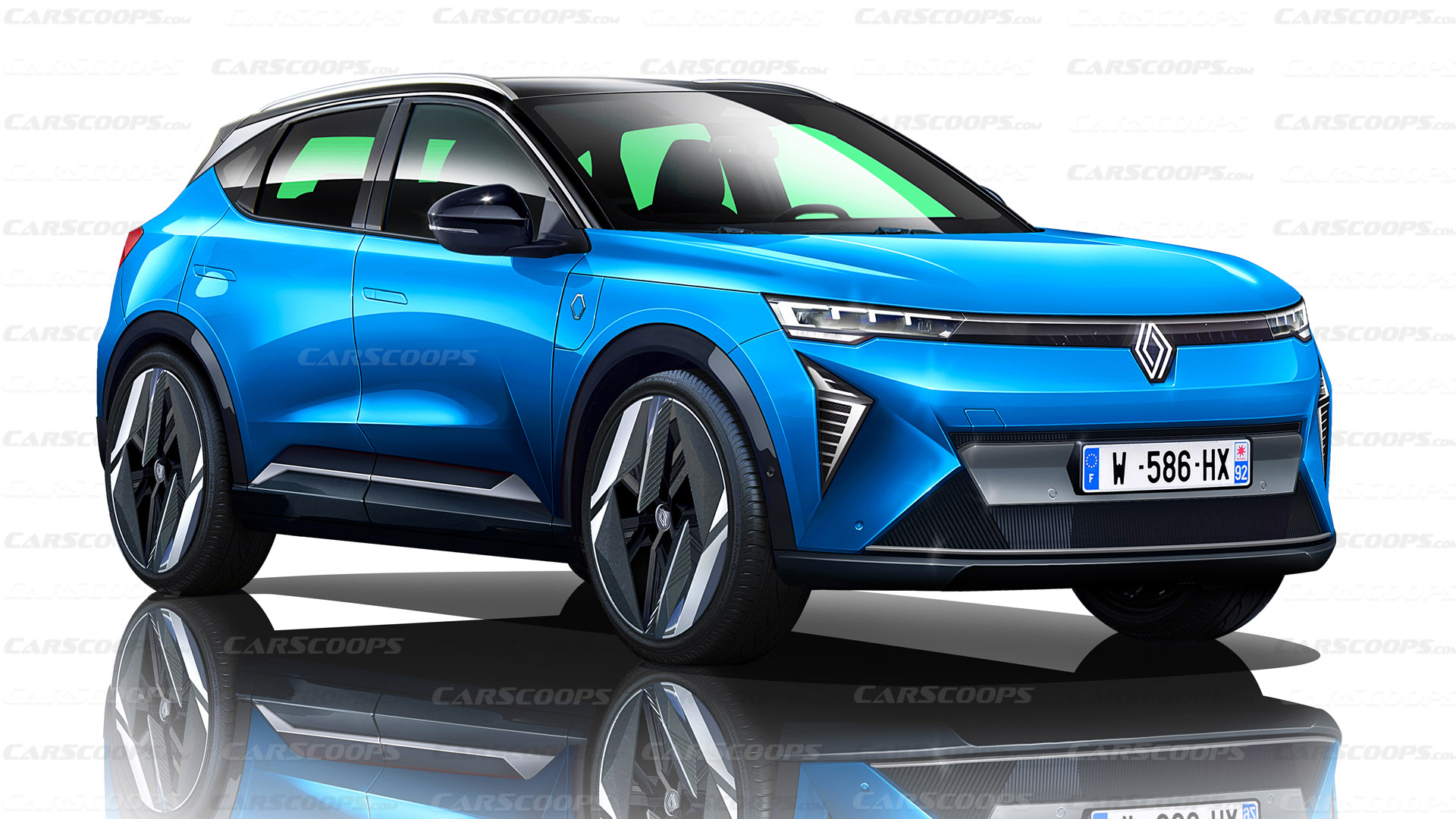 Gilles Vidal, Renault’s Chief of Design, revealed that the styling of the Vision Scenic Concept will evolve, but it is 90 percent production-ready. Among the features that won’t make it to production are most likely the fancy LED graphics, the frameless windows, and the suicide doors. As for the sci-fi 21-inch wheels, those could materialize, since Renault’s design department has proven its bravery by giving the fourth generation model its signature 20-inch wheels back in 2016.

As you can see in the exclusive rendering made by our associates, the Scenic will look like an SUV. Despite the toned-down details, the model is expected to retain several stand-out features. A duo-tone paint, a faux grille connecting the LED headlights, distinct surfacing on the profile, a modern pattern on the bumper intake, and subtle plastic cladding around the wheelarches create a subtle yet assertive road presence.

Inside, the “OpenR” digital cockpit is expected to be shared with the Megane E-Tech and the Austral, comprising a 12.3-inch digital instrument cluster and a vertically-oriented 12-inch touchscreen for the Android-sourced infotainment. True to the legacy of its predecessors, the new Scenic will have a renewed focus on practicality, with plenty of storage compartments, a spacious cabin, and family-friendly features. Unfortunately for bigger families, the three-row seven-seater Grand Scenic won’t live to see another generation, but the regular five-seater Scenic will offer generous legroom and headroom for the rear passengers thanks to clever packaging. 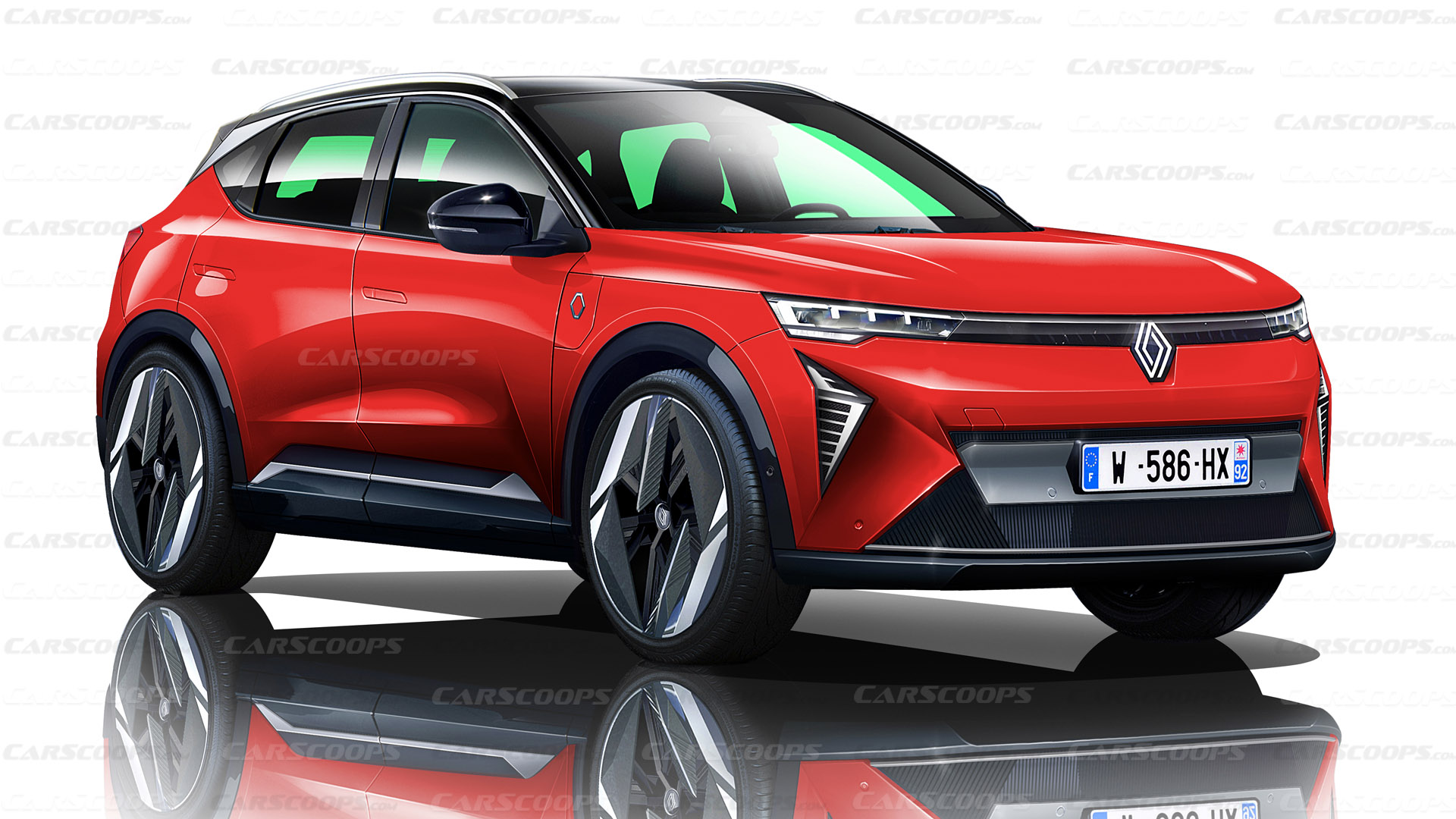 The Vision Scenic Concept introduced the H2-Tech powertrain combining a front-mounted electric motor producing 215 hp (160 kW / 218 PS), a range-extender hydrogen fuel cell generating 21 hp (16 kW / 22 PS), and a 40 kWh battery, resulting in up to 800 km (497 miles) of range between recharging and refueling. This unconventional hybrid setup is not ready for production, with Renault officials admitting that the final model will get a more conventional electric powertrain.

This means that the fifth-generation Scenic will get the E-Tech nameplate, as a member of Renault’s growing EV range. Predictably, it will sit on the CMF-EV architecture that is underpinning the Megane E-Tech and the Nissan Ariya. According to the latest reports, the Scenic E-Tech will come in both FWD and AWD forms, with single or dual electric motors. Looking at its siblings, the FWD-only Renault Megane E-Tech goes offers up to 215 hp (160kW / 218 PS) with a 60 kWh battery, while the Nissan Ariya goes up to 389 hp (290 kW / 394 PS) with a larger 90 kWh battery. The lineup of the Scenic is expected to combine elements from both of those models.

So Where Does The Scenic E-Tech Fit In The Renault Range? 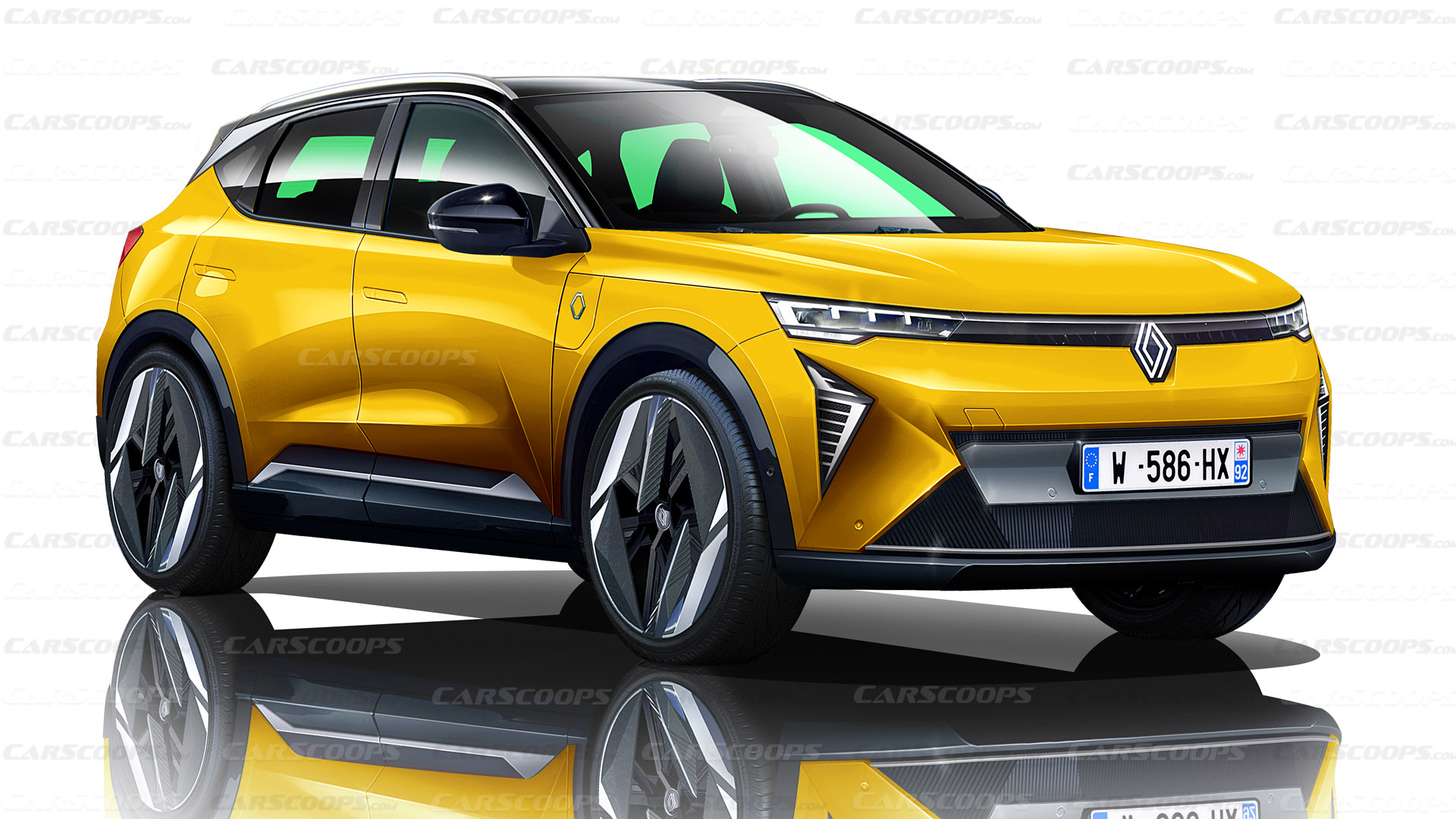 If the Scenic E-Tech retains the footprint of the concept, it will measure 4,490 mm (176.8 inches) long. This figure positions it clearly above the Megane E-Tech which is 4,199 mm (165.3 inches) long, and slightly below the hybrid Austral. It will also be taller than the Megane, allowing for a more spacious interior.

As for rival EVs that are already offered in the market, the Scenic E-Tech will be placed against the likes of the VW ID.4, the Hyundai Ioniq 5, and the Kia EV6. Despite being shorter than all of them, it will be one of the most family-focused offerings in the segment, justifying its name and history.

The market launch of the Renault Scenic E-Tech is scheduled for 2024, which means that camouflaged prototypes of the production version could see the light of day as early as next year. We will keep you posted on any news about the MPV that is gradually evolving in an SUV. 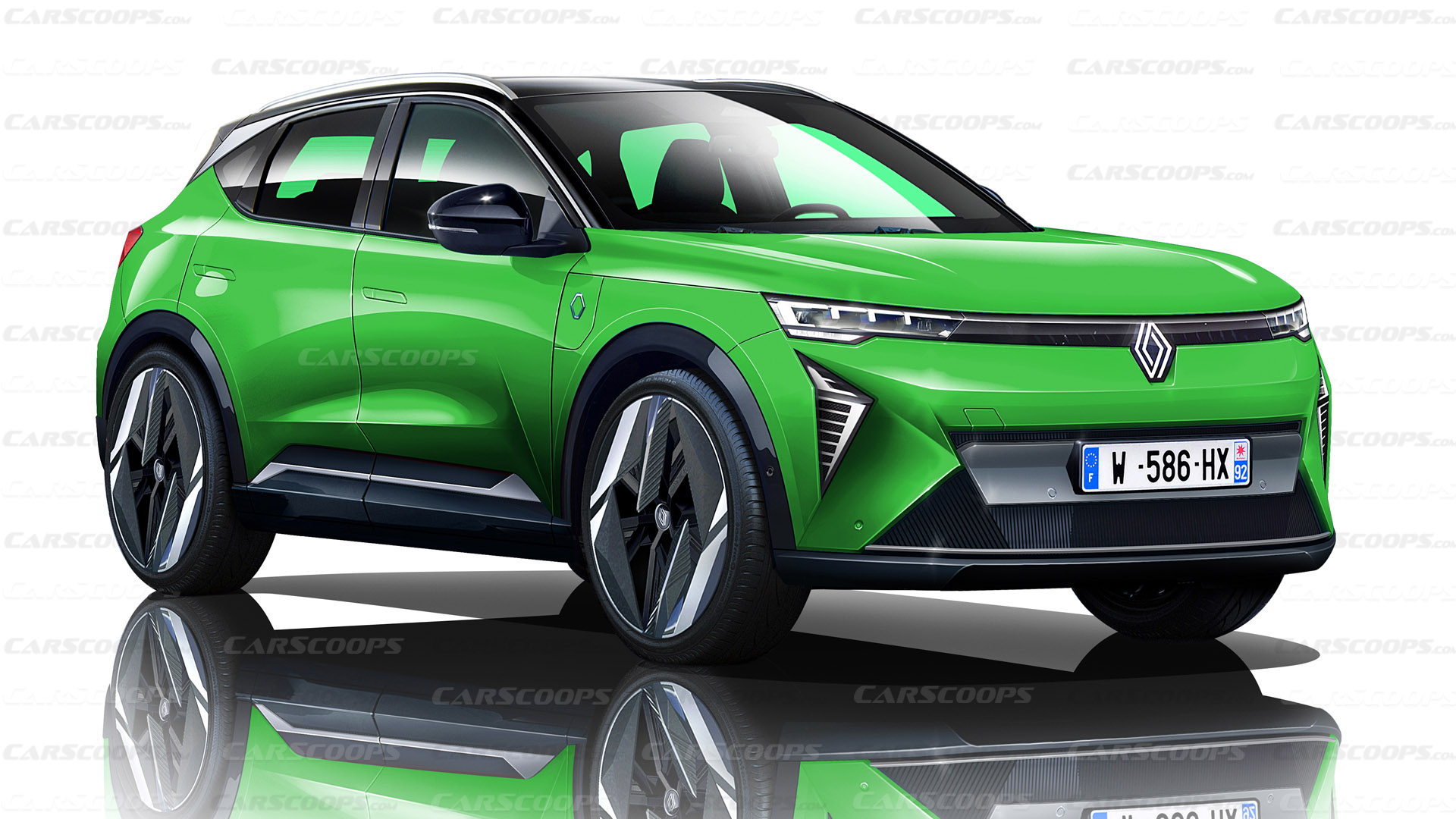 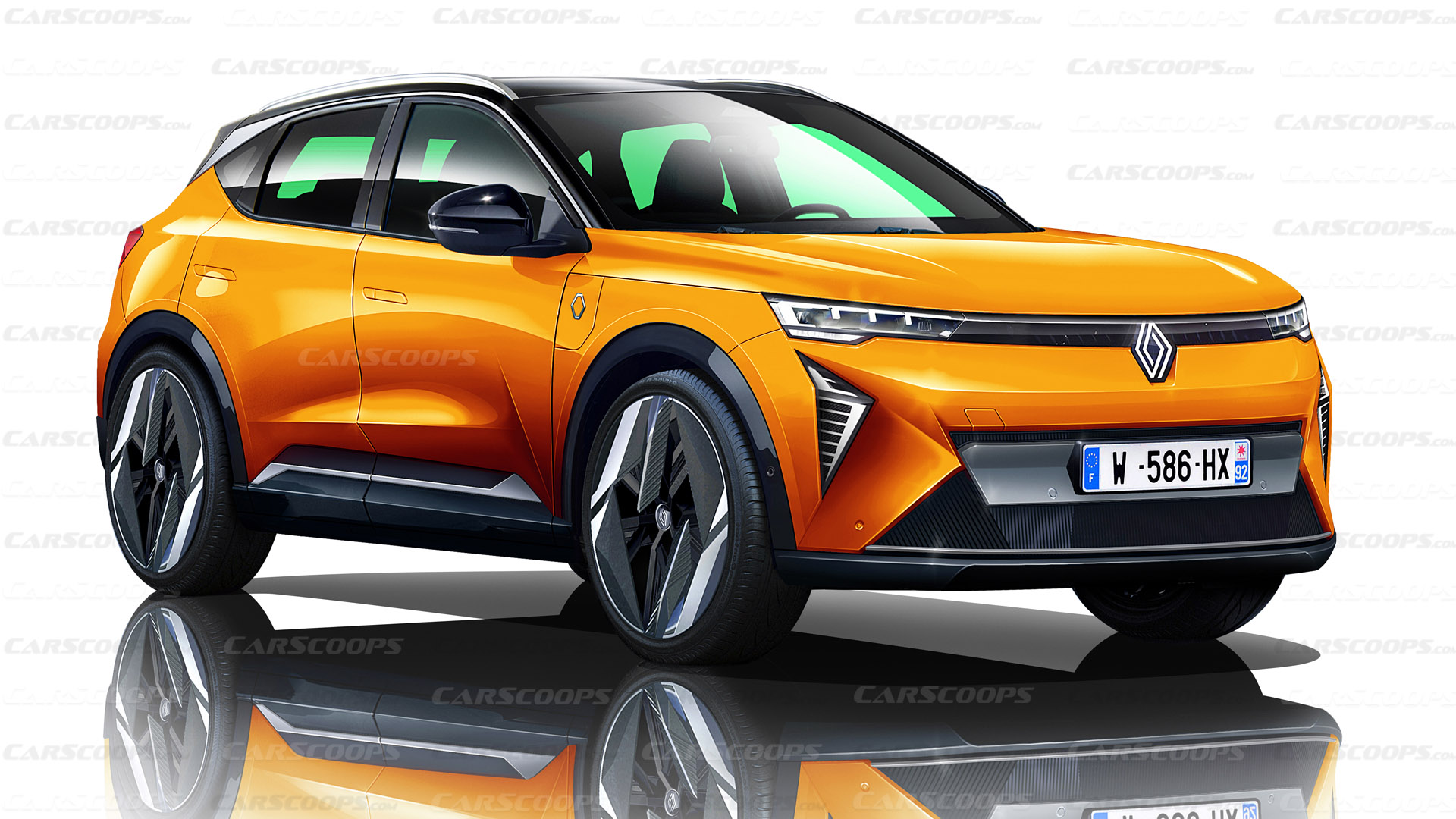