It’s been decades since any new Cadillac has been talked about in the same breath as Rolls Royce (except maybe in the early 1980s when they were both junk), but GM hopes this new all-electric Cadillac Celestiq will change that, and bring new life to the brand’s once-famous “standard of the world” motto.

The flagship sedan, seen here in full following several teasers, is officially a show car, but be in no doubt that this is very close to how the production car Cadillac customers will be offered from late 2023 or early 2024 as a 2025MY will look like. We say Cadillac customers, but in fact many will be new to the brand, snared from the likes of Rolls Royce and Bentley, the marque hopes.

Driven: The Electric 2023 Cadillac Lyriq Is Music To Our Ears 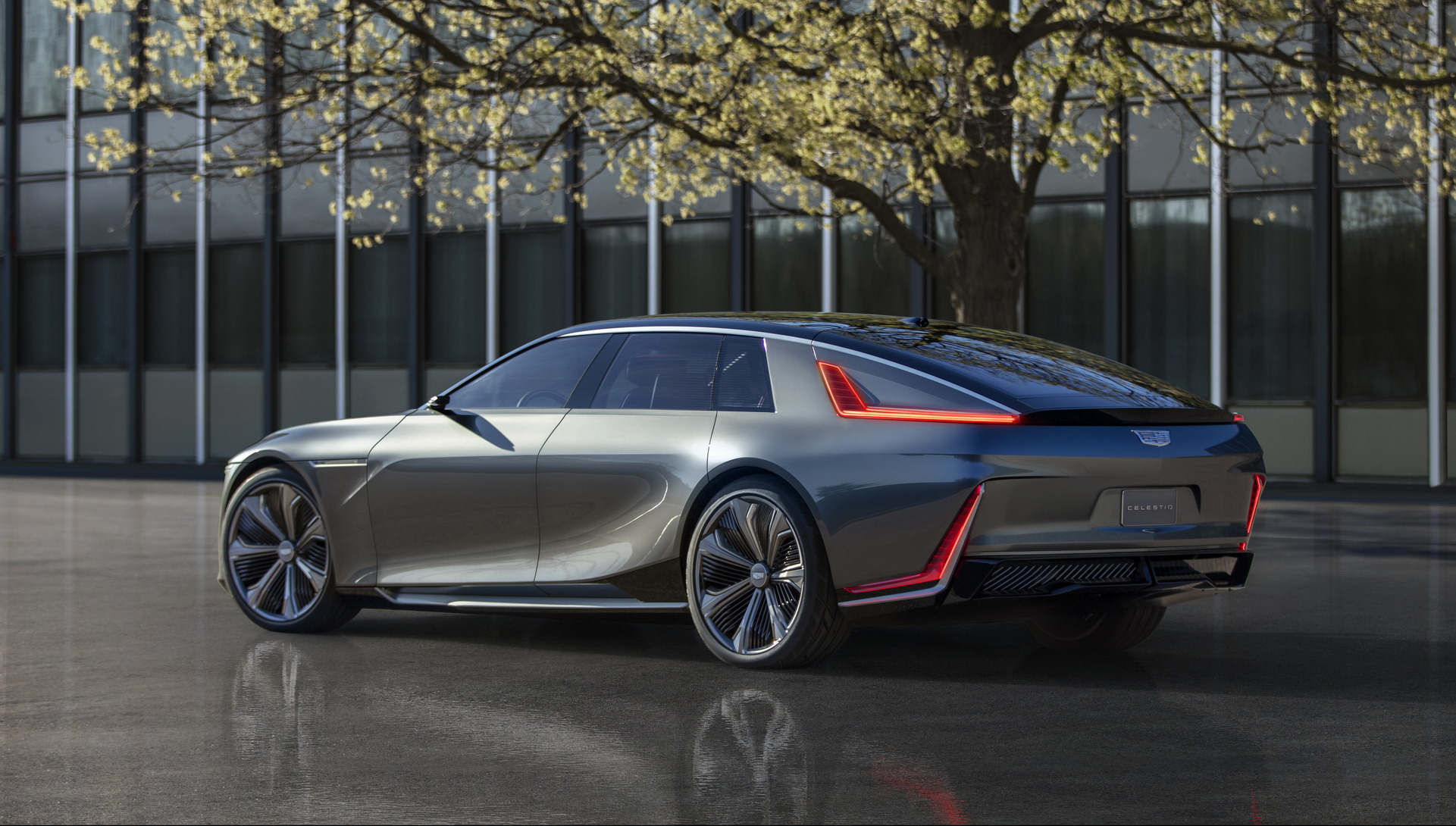 The Celestiq makes a clear break from the rest of Cadillac’s lineup in several key ways. First, it’s expected to cost as much as $300,000 and possibly even more, making it twice as expensive as the brand’s most expensive current vehicle, the $153k Escalade-V ESV, and putting it head to head with the $212k Bentley Flying Spur W12 and $311k Rolls Royce Ghost, though neither currently offers an EV version. And second, it won’t be churned out on a regular GM production line, but largely hand-built at the company’s technical center in Warren, MI, which has received $81 million of investment in readiness.

Though the front and rear treatments closely echoed those of the new Lyriq SUV’s, Cadillac claims its designers immersed themselves in mid-century architecture and the brand’s own models built during the firm’s first 50 years, including pre-war V16 cars and the 1957 Eldorado Brougham when looking for stylistic inspiration. The influence of the past is clearly evident in the striking seven-spoke wheels that recall the glamor of 1930s high society.

According to chief engineer, Tony Roma, the Celestiq was designed as a sedan rather than an SUV “because the configuration offers the very best luxury experience.” But Cadillac’s sedan vision is very different to that of the Bentley Flying Spur and Rolls Royce Ghost. While those cars are traditional notchback designs, the Celestiq adopts sporty fastback styling with an opening rear hatch. From some angles it’s more than a little similar to the 1970s Lancia Gamma sedan (which looked like a hatch, but wasn’t), but let’s hope for Caddy’s sake it’s more reliable.

It will certainly be more luxurious. Most homes’ TVs only measured 21-in when the Lancia Gamma was new, but the Celestiq’s front seat occupants enjoy a fulsome 55-in of digital dashboard that makes the Lyriq interior look dated before more than a handful of customers have had a chance to try the SUV out. Front seat passengers can activate digital privacy blinds that allows them to watch video content without the driver being able to see, while the two rear passengers each get a touchscreen display that’s elegantly integrated with the back of the front seat ahead of them.

Stylish And Techy Interior, But Will It Stand Up To Rolls Royce Standards? 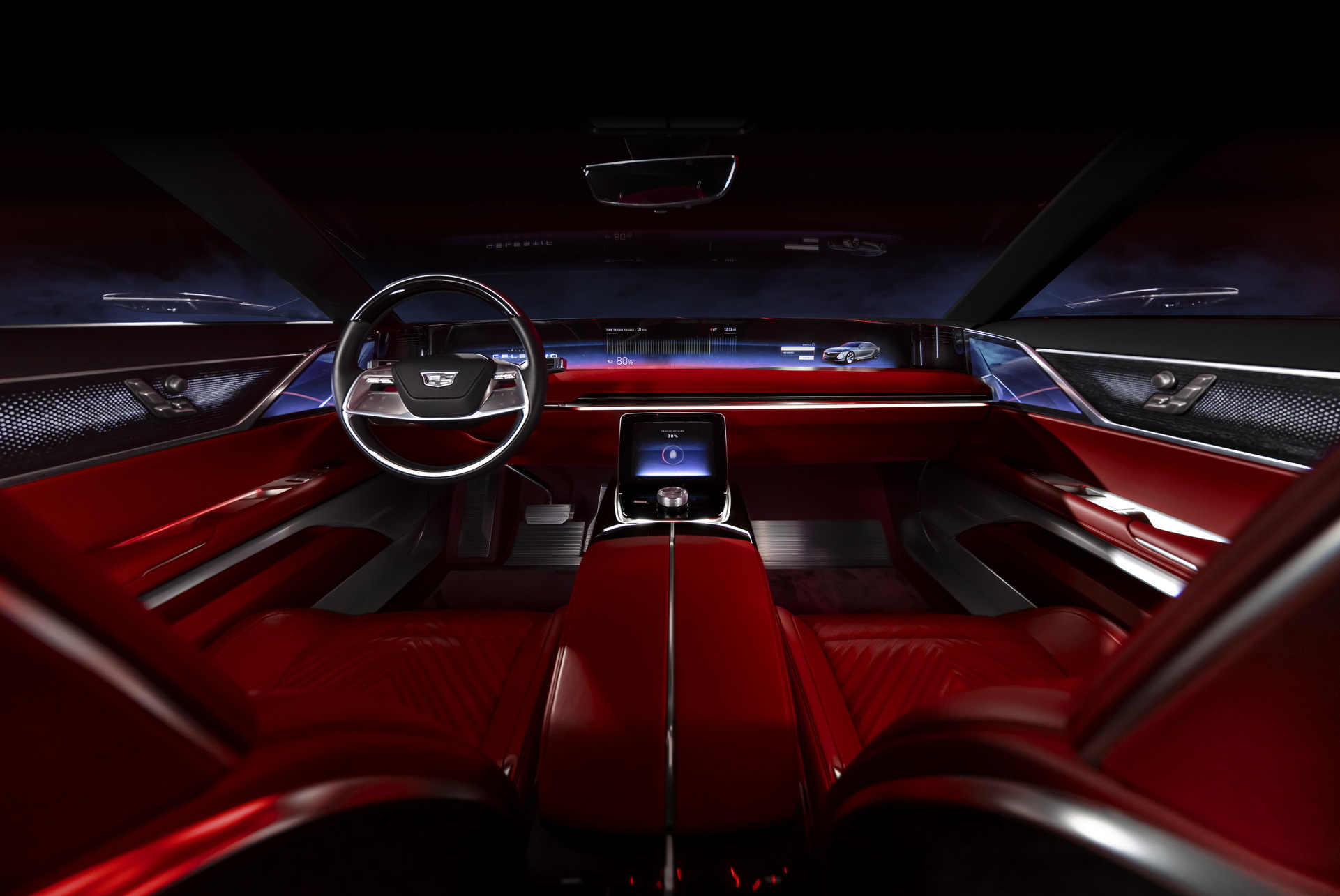 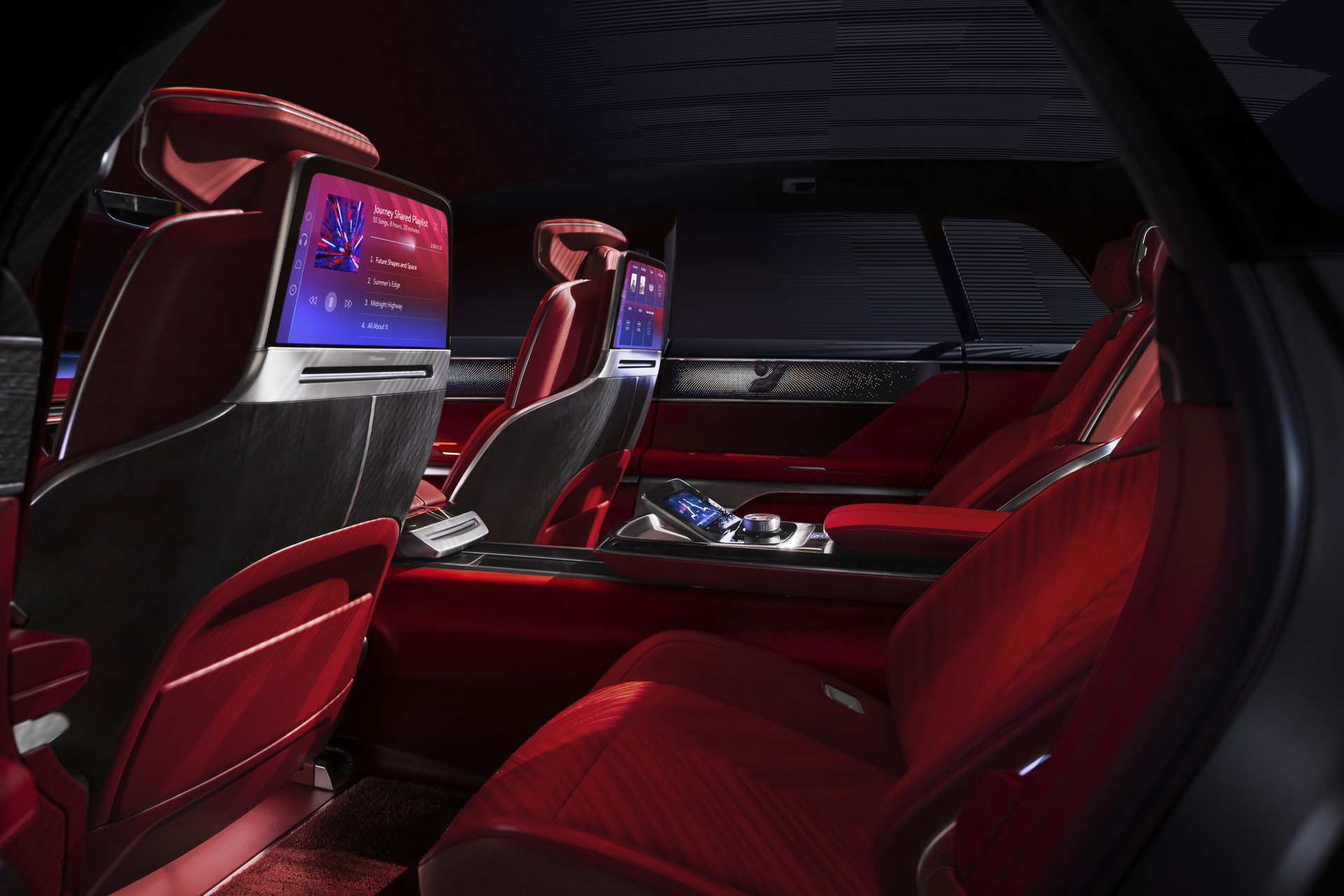 What your typical Rolls Royce buyer will make of this show car’s bordello-red interior and very masculine interior design, we’re not sure. It looks stylish and techy, but does it scream comfort to you? We’re also presuming Cadillac will separate the rear seats from the trunk space on production cars to prevent inclement weather messing with passenger’s $1,000 haircuts (and hairpieces) when their chauffeur opens the rear hatch.

Rain and wind might not be welcome, but neither might the sun on cloudless days, and Cadillac has a solution for that: the Celestiq’s quad-zone smart glass roof. We’re familiar with four-zone climate and the ability to control the music volume across the four corners of a car interior, and we’ve also seen dimmable glass roof panels before. But Cadillac has combined the concepts, allowing each of the Celestiq’s four occupants to choose how much daylight enters their portion of the car using Suspended Particle Device (SPD) technology. 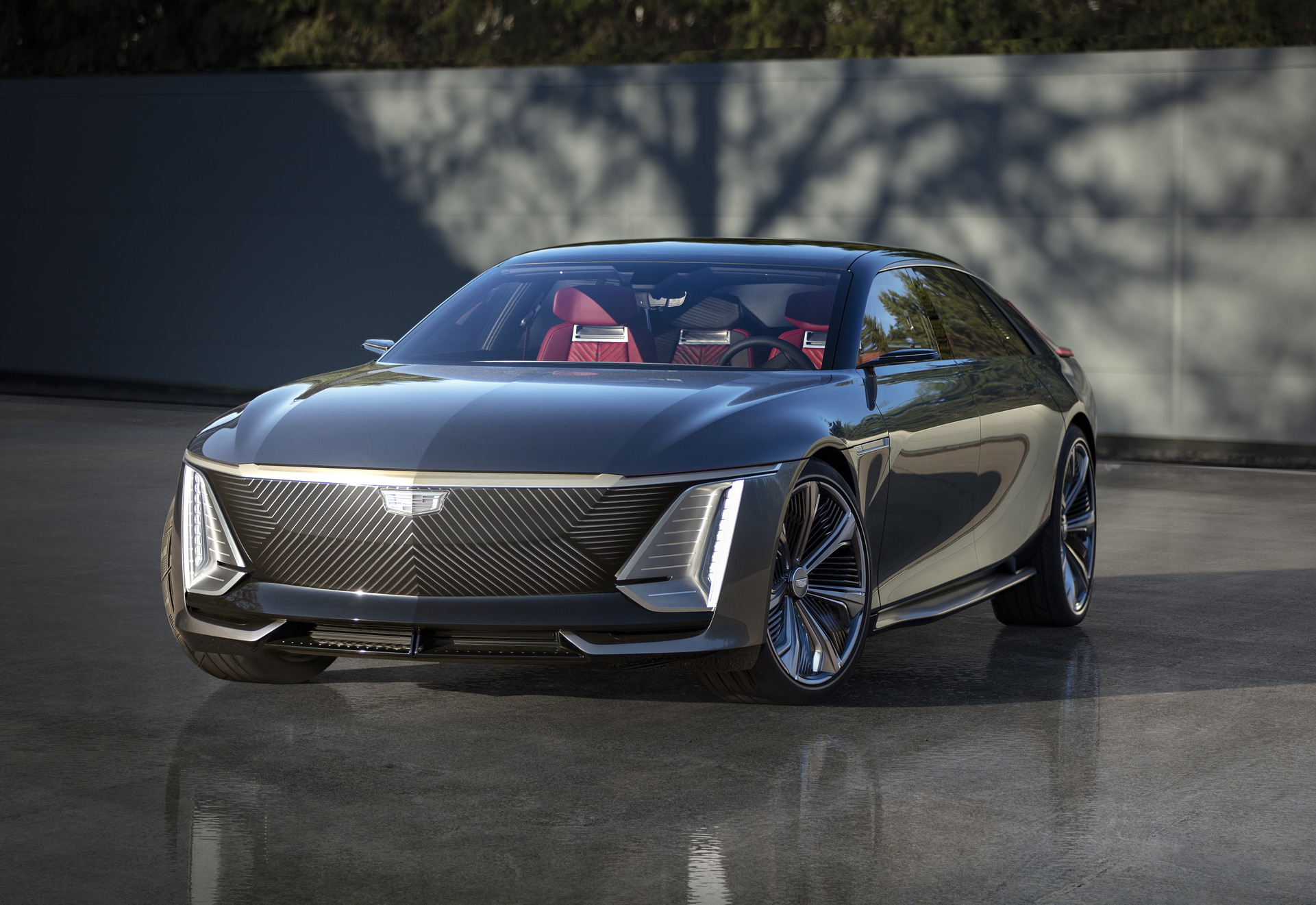 Cadillac also promises the Celestiq will come with Ultra Cruise, the next generation of the firm’s autonomous technology. But for now it’s keeping schtum on the details of that, and of the powertrain line-up. We do know, however, that the Celestiq is built around the same flexible Ultium EV architecture found on cars like the Lyriq SUV, and Chevrolet’s new Blazer and Silverado.

The Lyriq starts off with a single 340 hp (345 PS) electric motor and rear-wheel drive, but only costs $62,900, while the $64,900 dual-motor AWD version shares 500 hp (507 PS) between both axles. Given the Celestiq’s flagship status and rumored Rolls Royce price point you can be sure the luxury sedan will come with significantly more muscle than any current possible configuration of its Lyriq sister, and possibly more than the 664 hp (673 PS) served up by the most muscular Chevy Silverado EV.

Do you think the Cadillac Celestiq has a genuine chance against Bentley and Rolls Royce? Let us know in the comments.