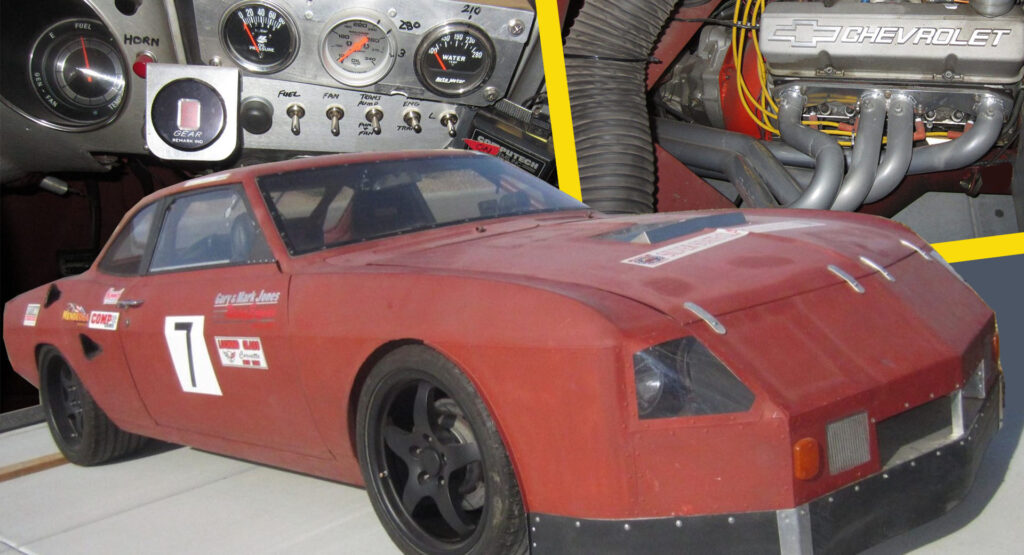 The tragedy of the Corvair is that by the time Ralph Nader’s “Unsafe At Any Speed” book hit the shelves in late 1965, Chevy had already introduced a second-generation version of its rear-engined compact that was improved beyond measure. But this is one Mk2 Corvair that would still scare the Bajesus out of the crusading car-hater.

What started life in 1965 as a pretty but underpowered Corvair Monza coupe has been transformed into something that’s definitely no longer pretty, but also definitely not short of performance. In place of the original rear-mounted, air-cooled boxer six is a 406 cu-in Chevrolet V8 mated to a five-speed sequential transaxle. And it could be yours if you’re feeling brave, because this Corvair is currently for sale.

The Bring-a-Trailer listing doesn’t say how much power the V8 makes, but with a forged bottom end, aluminum block and Brodix aluminum heads, COMP solid roller cam, a pair of exhaust headers that are too handsome to hide away and a big Holley 850-cfm carb on top, it’s clearly a serious motor.

The seller says it was built to compete in Open Road Racing speed competitions and has won various top speed awards over the years, achieving an average speed of 180.58 mph (290.6 km/h) and a high trap speed of 207.8 mph (334.4 km/h) at the Silver State Classic Challenge in Nevada in September 2011. 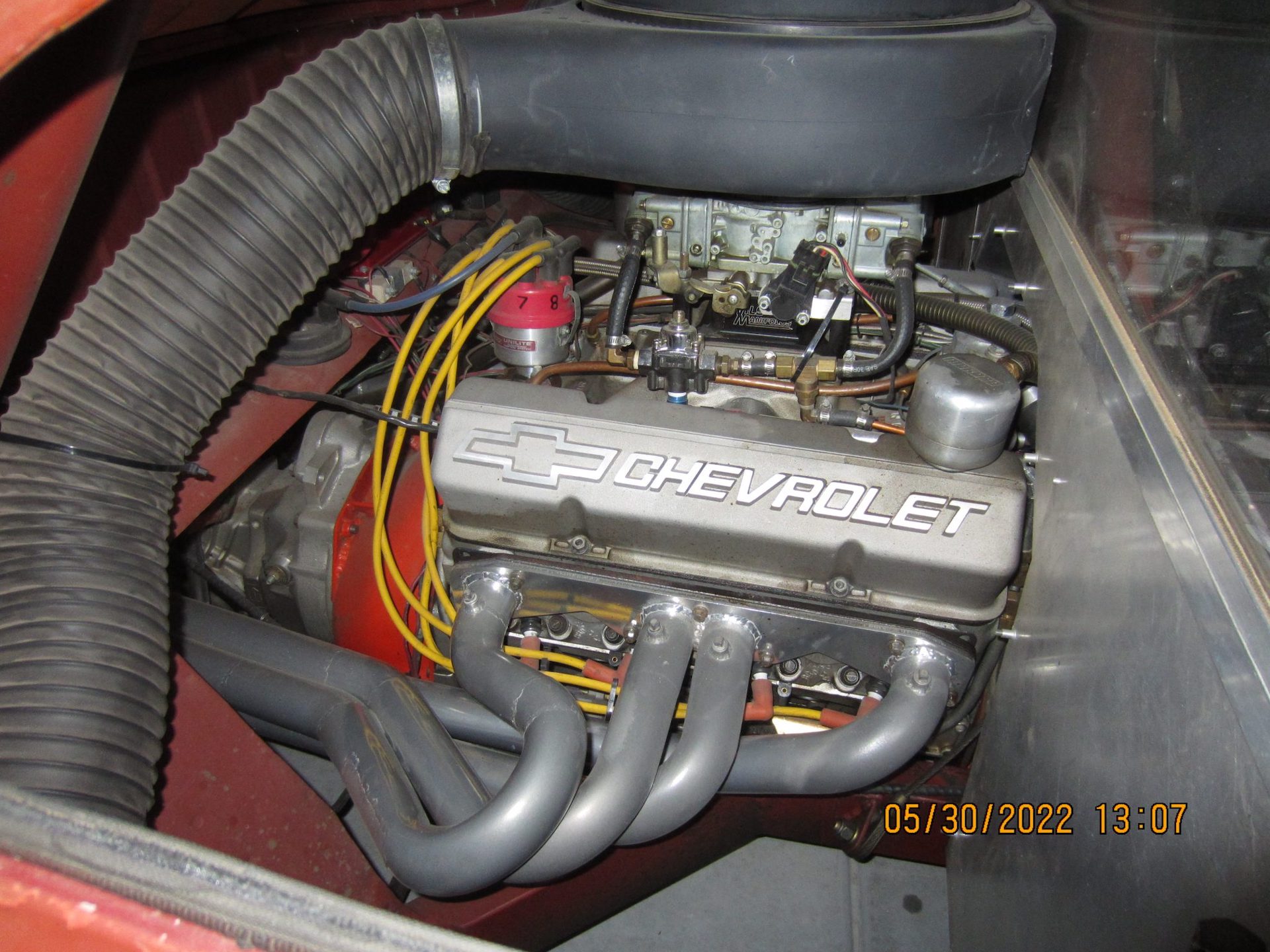 The body, finished in ugly red primer and now fitted with a custom aluminum nose following two high speed accidents (how high, the ad doesn’t say) also features a 2.5-inch (63.5 mm) roof chop, which will certainly help it cut through the air a little easier, while a fiberglass rear spoiler with an aluminum Gurney flap does its best to keep the back end and those fat 315 mm Michelin Pilot Sport tires keyed into the road.

Of course, even the 1965-spec Corvair’s improved suspension wouldn’t be up to the job of handling supercar speeds so this one had been upgraded to a fully adjustable setup with Aldan coilovers and C4 Corvette disc brakes on each corner. And just in case the worst happens, the Kirkey bucket seat, Simpson harness and a full roll cage should keep you in one piece. So tell us, have you got the trouser hardware to take this monster to 200?