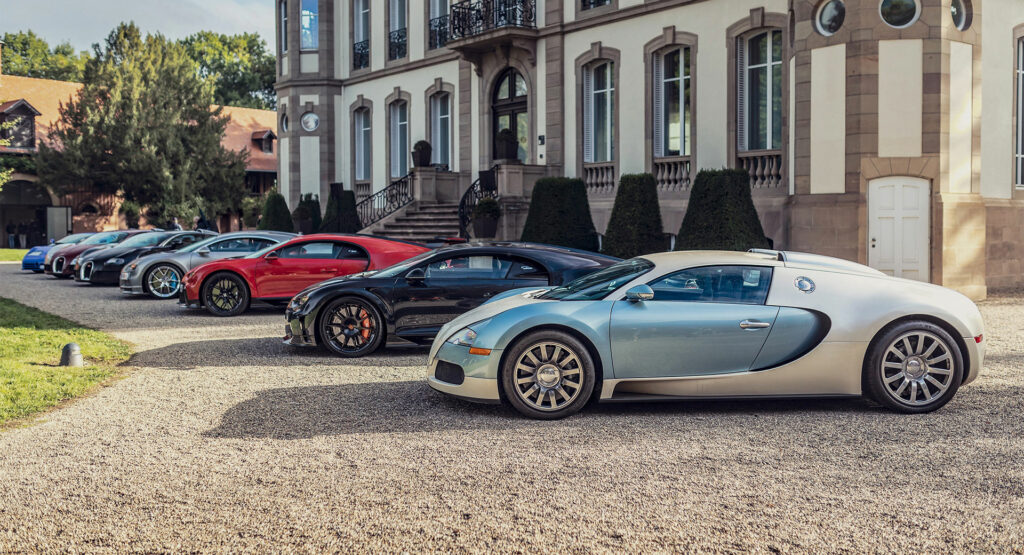 Bugatti owners and enthusiasts gathered together on September 15 to celebrate the birthday of Ettore Bugatti and participate in the annual Bugatti Festival.

The yearly event organized by the Enthousiastes Bugatti Alsace (EBA) group attracted no less than 56 vintage Bugatti models as well as two Bugatti Veyrons, a Veyron Grand Sport, a Chiron Sport, and a rare EB110 America. Among the classics that participated were the Type 13, Type 35, Type 44, Type 49, Type 57, and Type 101, many of which have notable racing heritage. Bugatti itself also supplied a Chiron Pur Sport and Chiron Super Sport.

The event started with a visit to Dorlisheim Cemetery where Ettore Bugatti was laid to rest. The first driving day saw participants explore some of the best driving roads around Alsace before the day ended at Bugatti’s Molsheim home, Château Saint Jean. 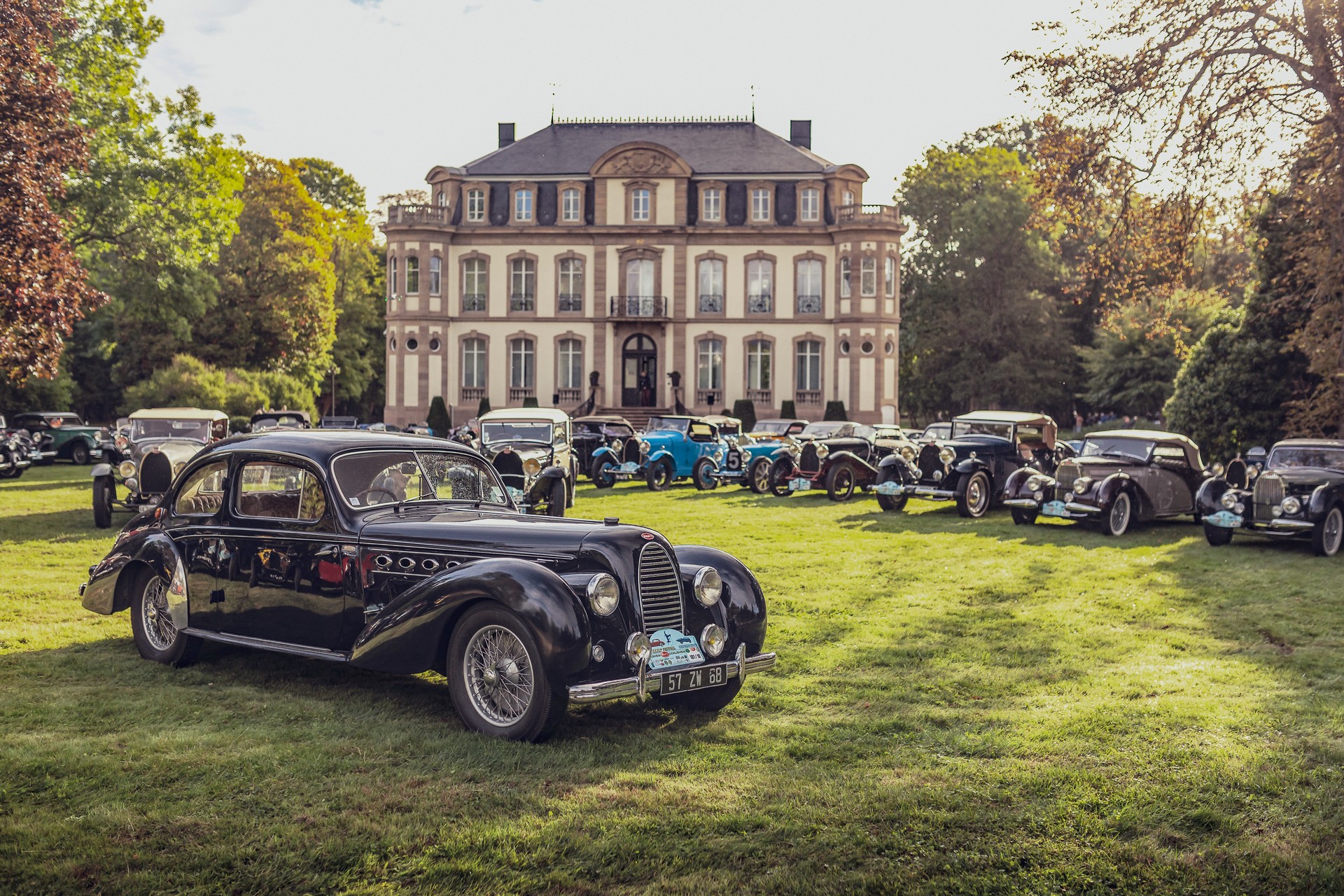 For the second day, participants left the Château at around 10:30 a.m. and again headed out for a drive in Alsace and in the Vosges mountans.

The third and final day was the most significant as a plethora of the automaker’s historic vehicles and modern hypercars were put on public display around the Parc des Jésuites in Molsheim. Later in the day, the cars were paraded through the streets before they were judged by a panel of experts to find the best-in-show. The award was ultimately given to a Type 57C Cabriolet Corsica. 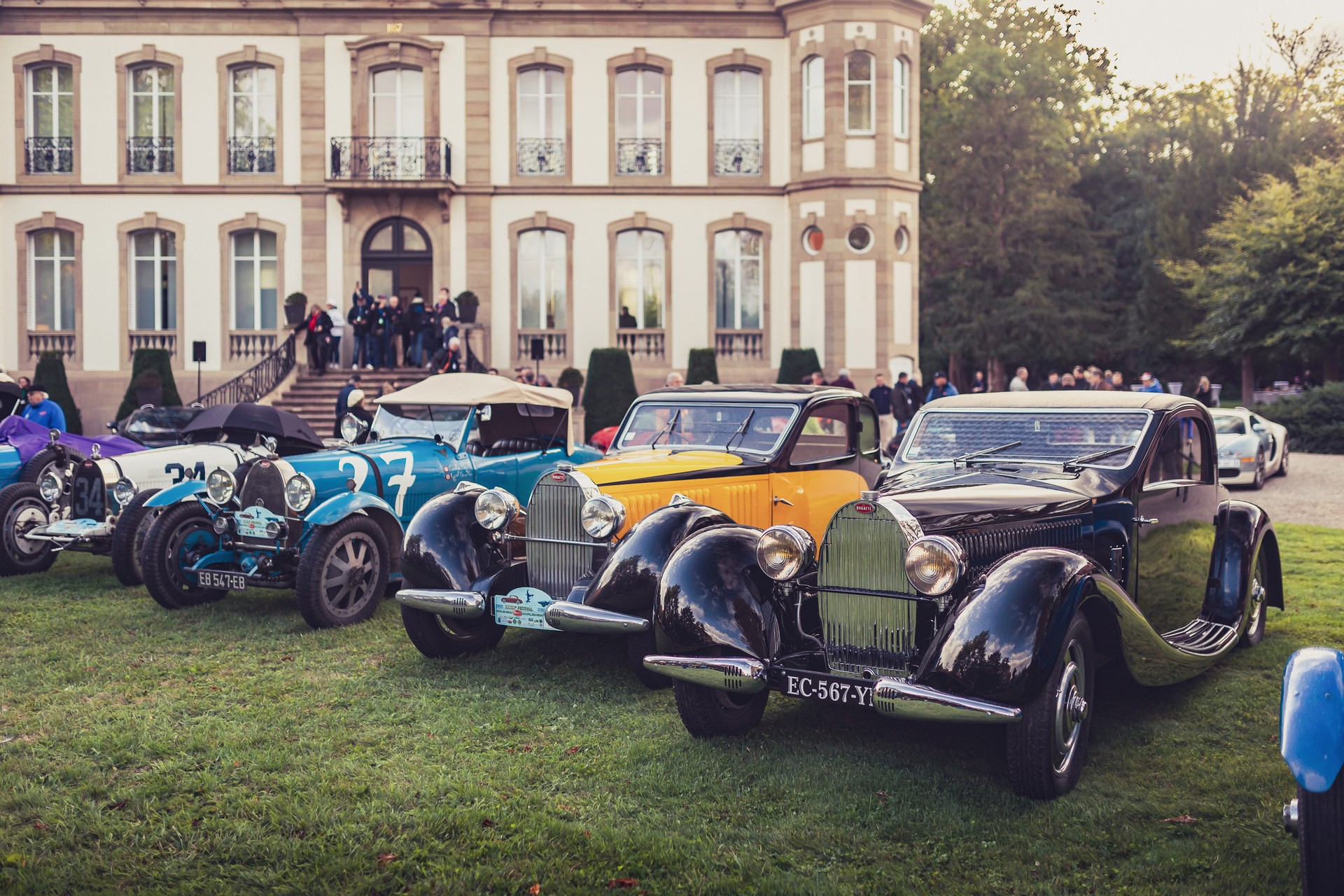 “When we call Molsheim the home of Bugatti, we mean it in the truest sense of the word,” president of Bugatti Automobiles Christophe Piochon said in a statement. “Yes, the cars are handbuilt here, but it’s a far deeper connection than purely that. A visit to Molsheim is like a pilgrimage for enthusiasts of the Bugatti brand, delivering a greater understanding of the man that began this journey and the cars that have written it into the pages of history. We’re proud to be continuing this legacy by supporting the Bugatti Festival and maintaining the home of Bugatti in Alsace”.