BMW is pulling out all the stops to ensure its M performance division’s 50th anniversary is one we’ll all remember. So far we’ve seen the M3 Touring and M4 CSL, plus teasers for the M2 and special CSL hommage car that will be unveiled before the year’s end.

But with all this focus on celebrating the birth of the motorsport department Jochen Neerpasch set up in 1972, it’s easy to forget that another BMW legend, the 5-Series, also turns 50 this year. Admittedly the 5-Series’ birthday isn’t as sexy a story as M division’s, but that story intersects with the M tale, and the 5-Series itself is arguably far more important in the story of BMW’s transformation from premium upstart to the industrial and cultural juggernaut it is today. So let’s take five and look at the history of BMW’s middleweight sedan from 1972 to 2022. 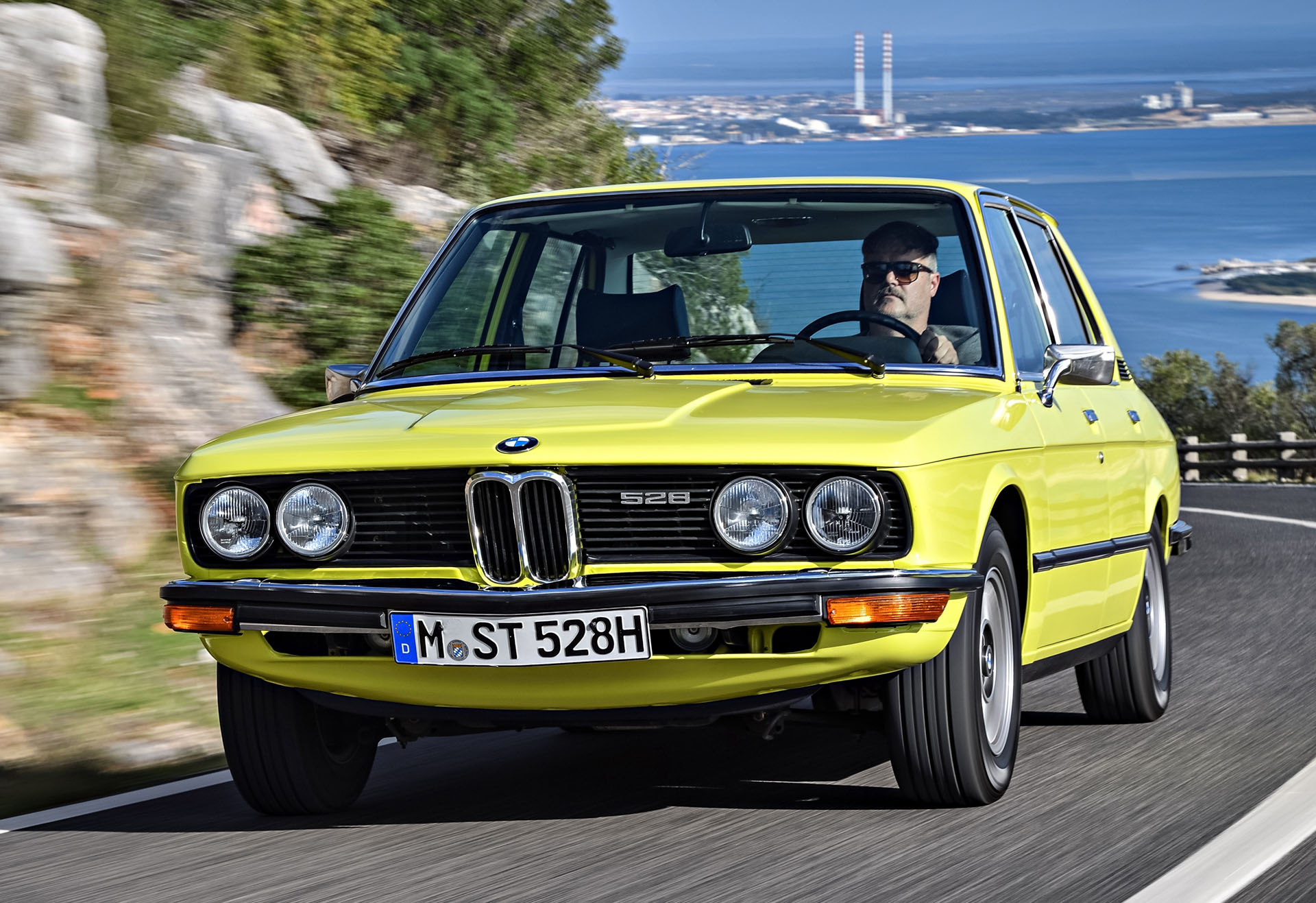 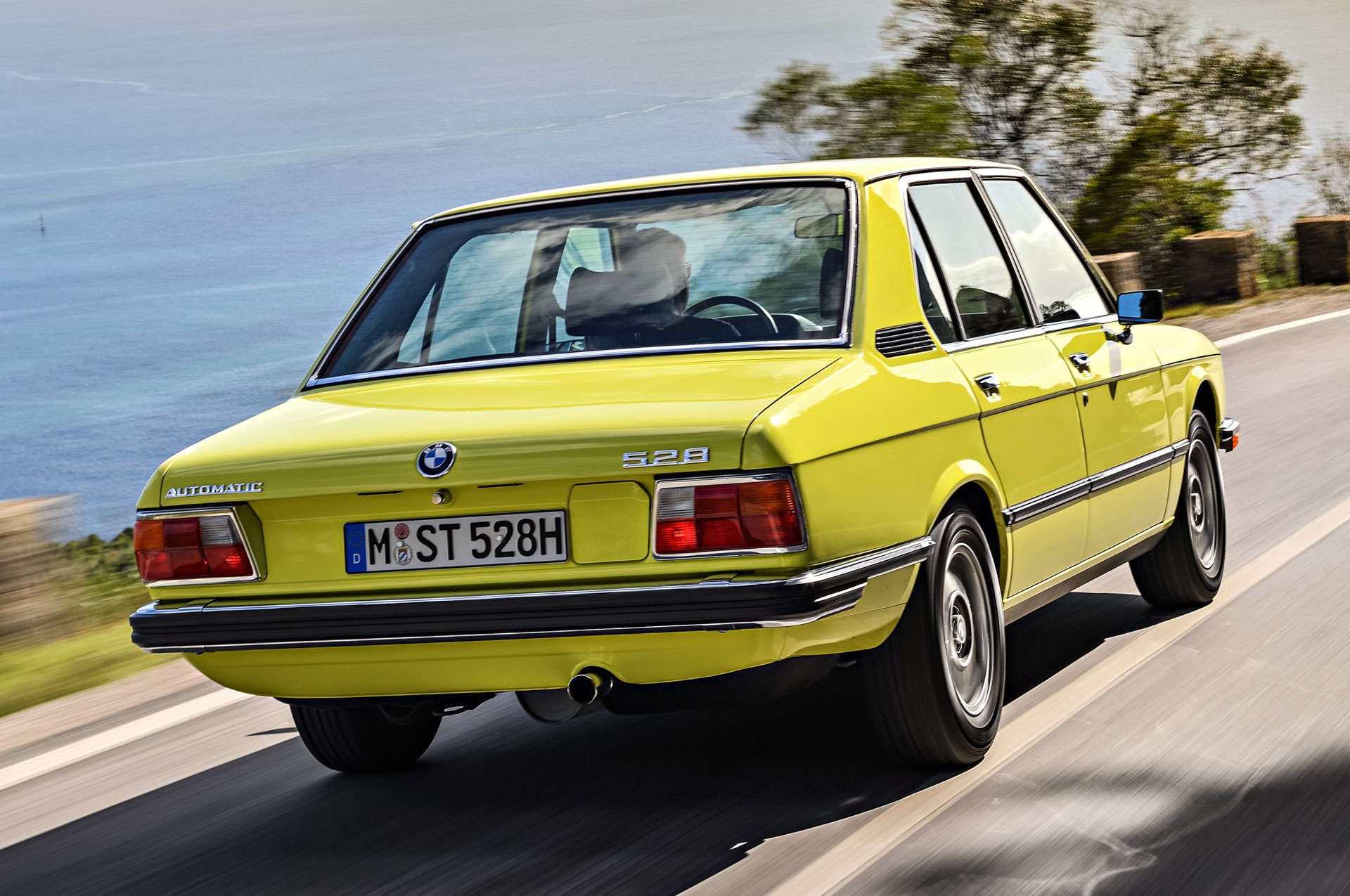 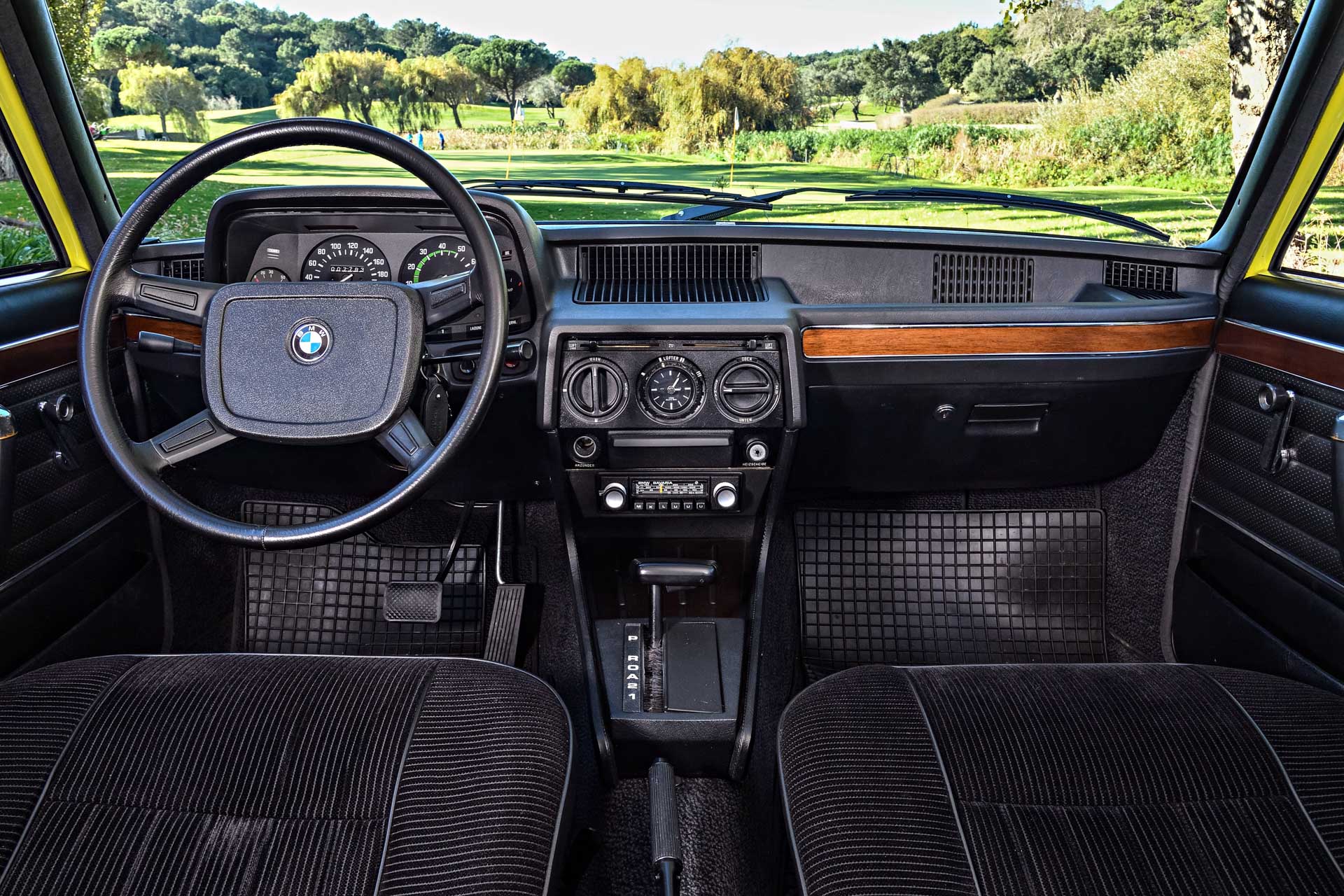 BMW’s Neue Klasse sedans saved the company from oblivion in the 1960s and helped kick off the marque’s sporty identity, so its successor had clown-sized shoes to fill. The new 5-Series mid-sized sedan was unveiled to the world at the 1972 Frankfurt Motor Show, but BMW has already dropped a big hint about how it would look when it revealed the 2200ti Garmisch coupe concept at the Geneva Salon two years prior.

Like the Neue Klasse, the Paul Bracq-designed E12 5-Series was launched with 2.0-liter four-cylinder engines, but the range expanded both up and down by the middle of the decade to include six-cylinder engines and a poverty-spec 1.8-liter four.

Fast Fives: BMW South Africa developed the 530 MLE (Motorsport Limited Edition) to homologate its successful 530 racer in 1976, and BMW M in Germany launched the M535i production car in 1980, having previously modified 5-Series cars with bigger engines and chassis upgrades on an informal basis for customers who knew who to ask. 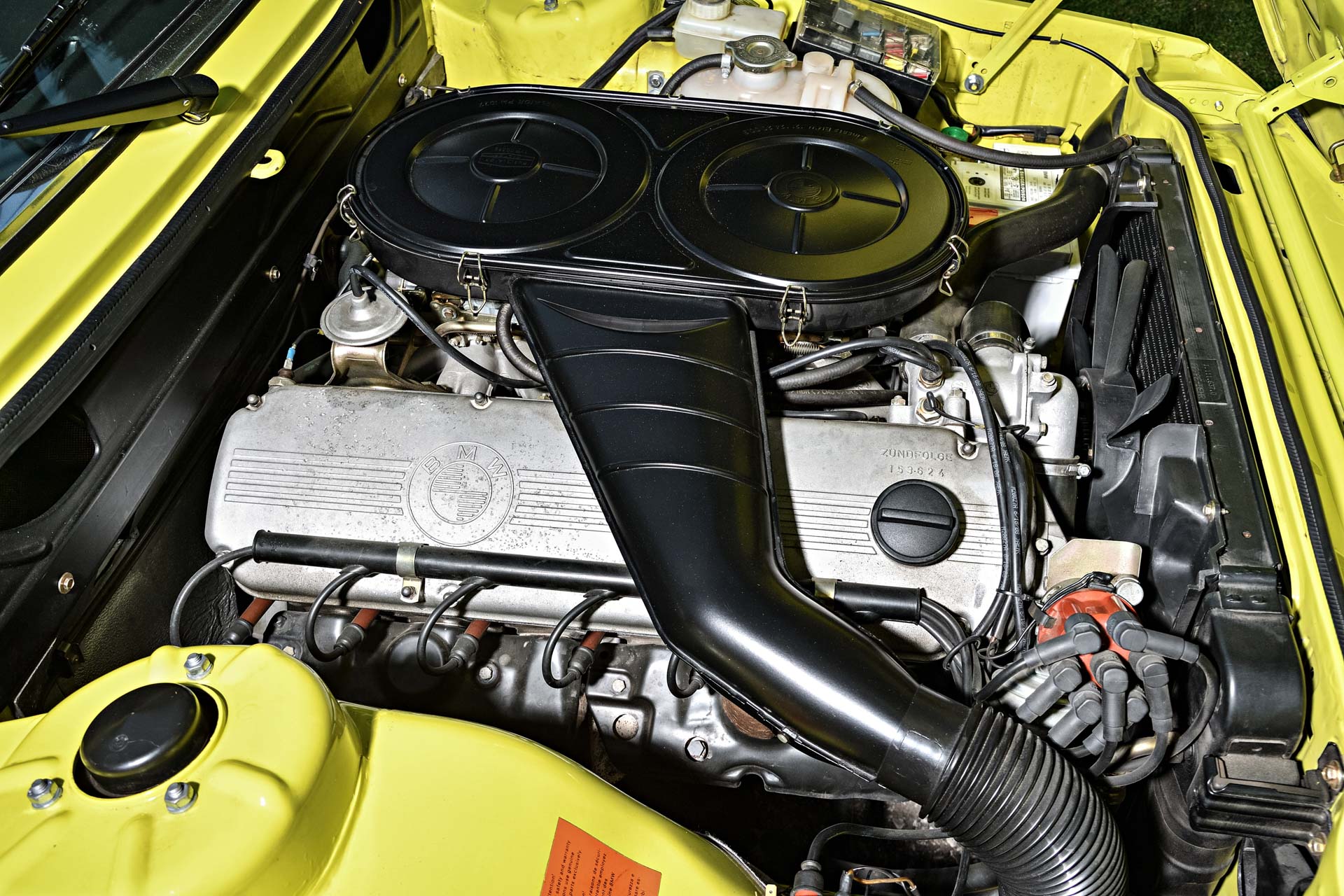 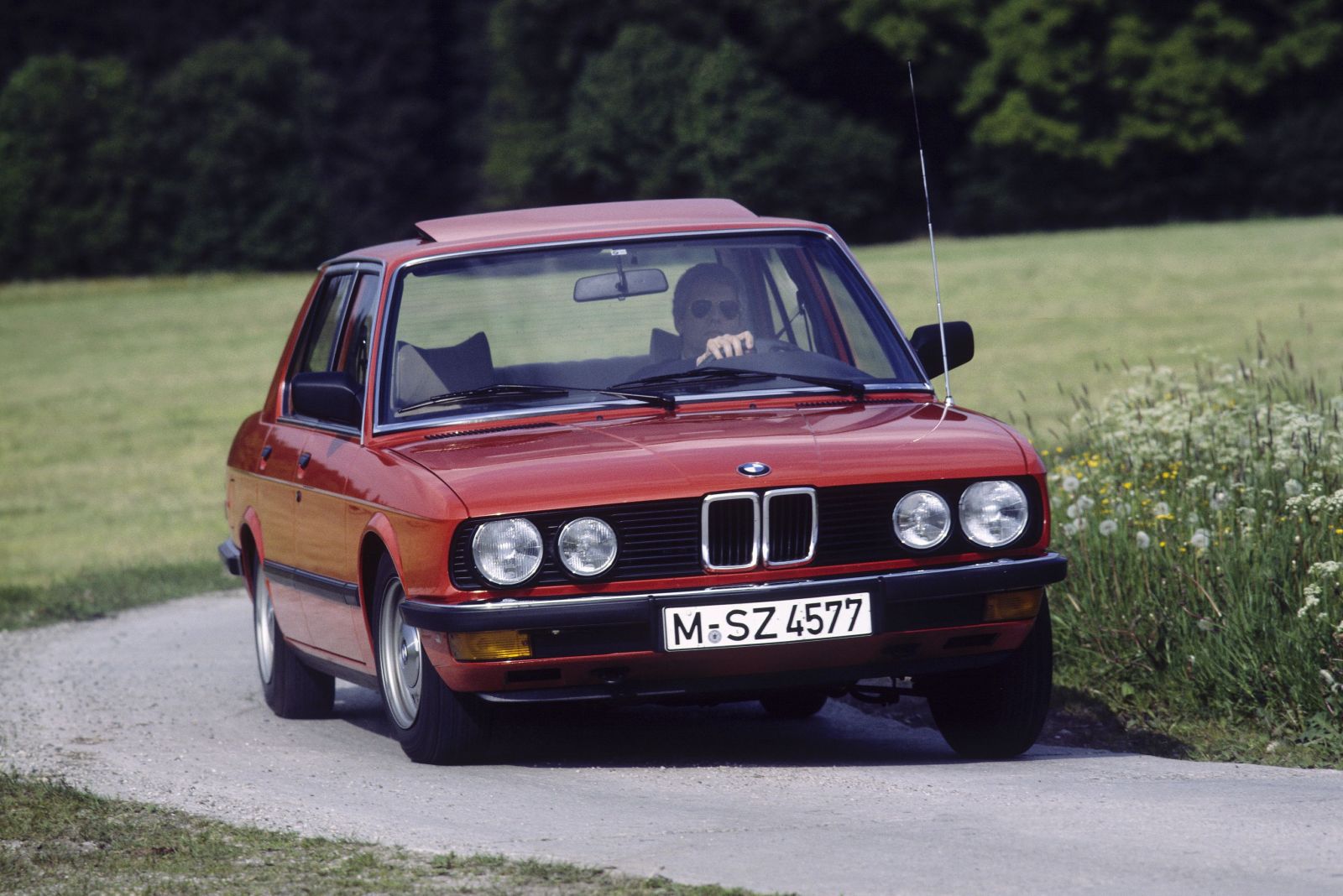 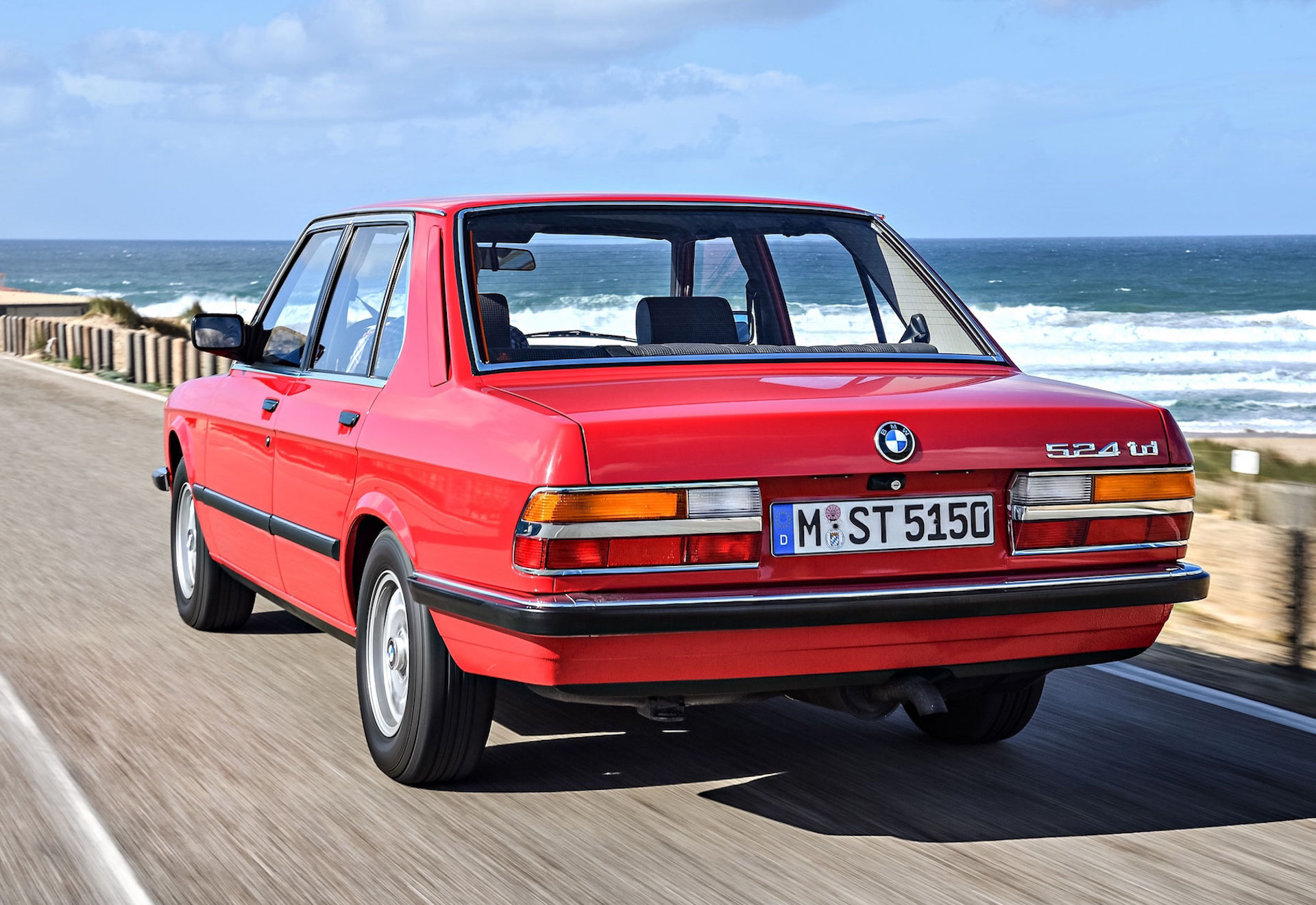 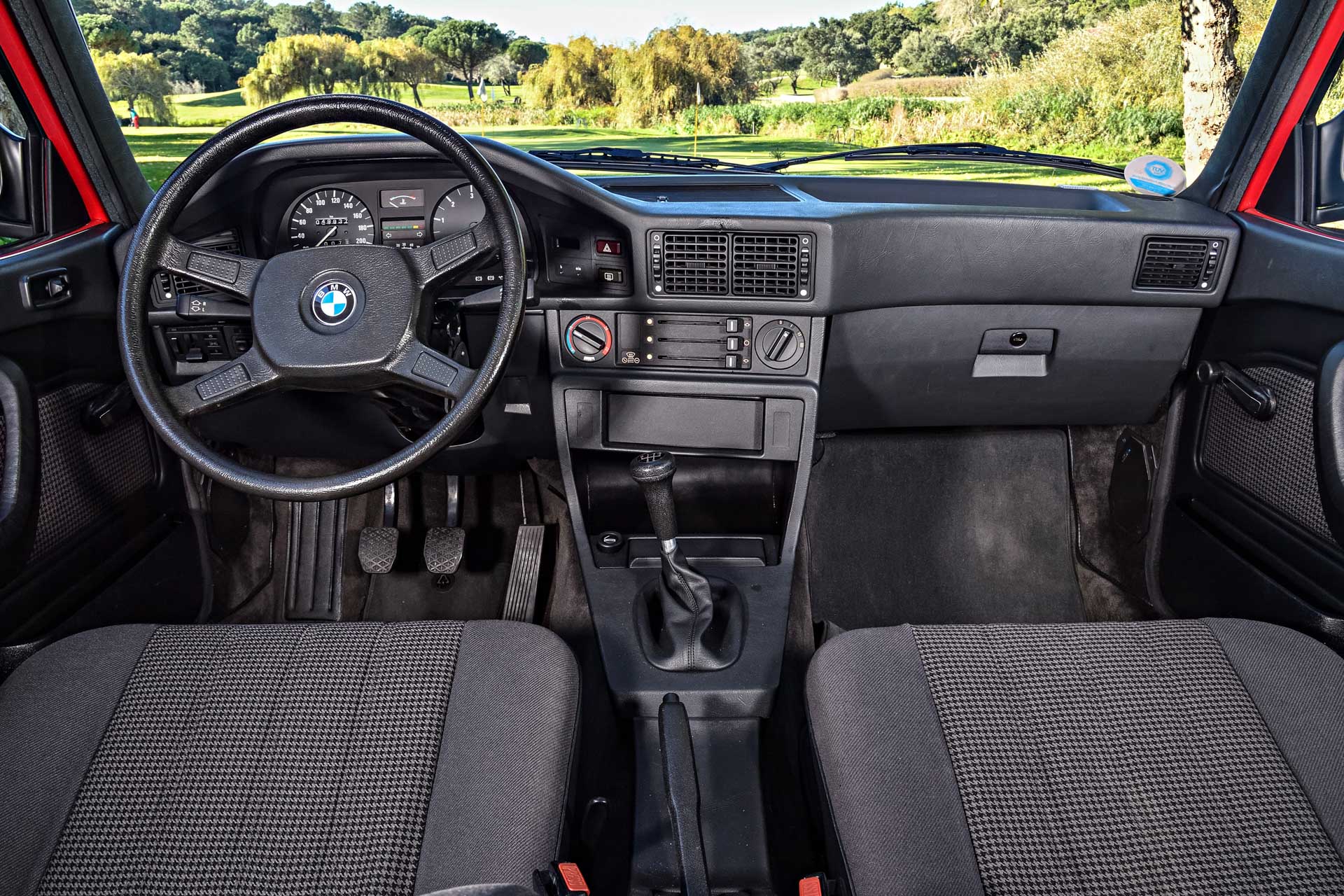 The E28 5-Series was actually more of a heavily facelifted E12 than a new car (you can swap the doors between the two). But Paul Bracq’s successor, Claus Luthe, designed a new rear-hinged hood, fattened its ass, and added a new handsome driver-centric dashboard that made it feel sufficiently different. 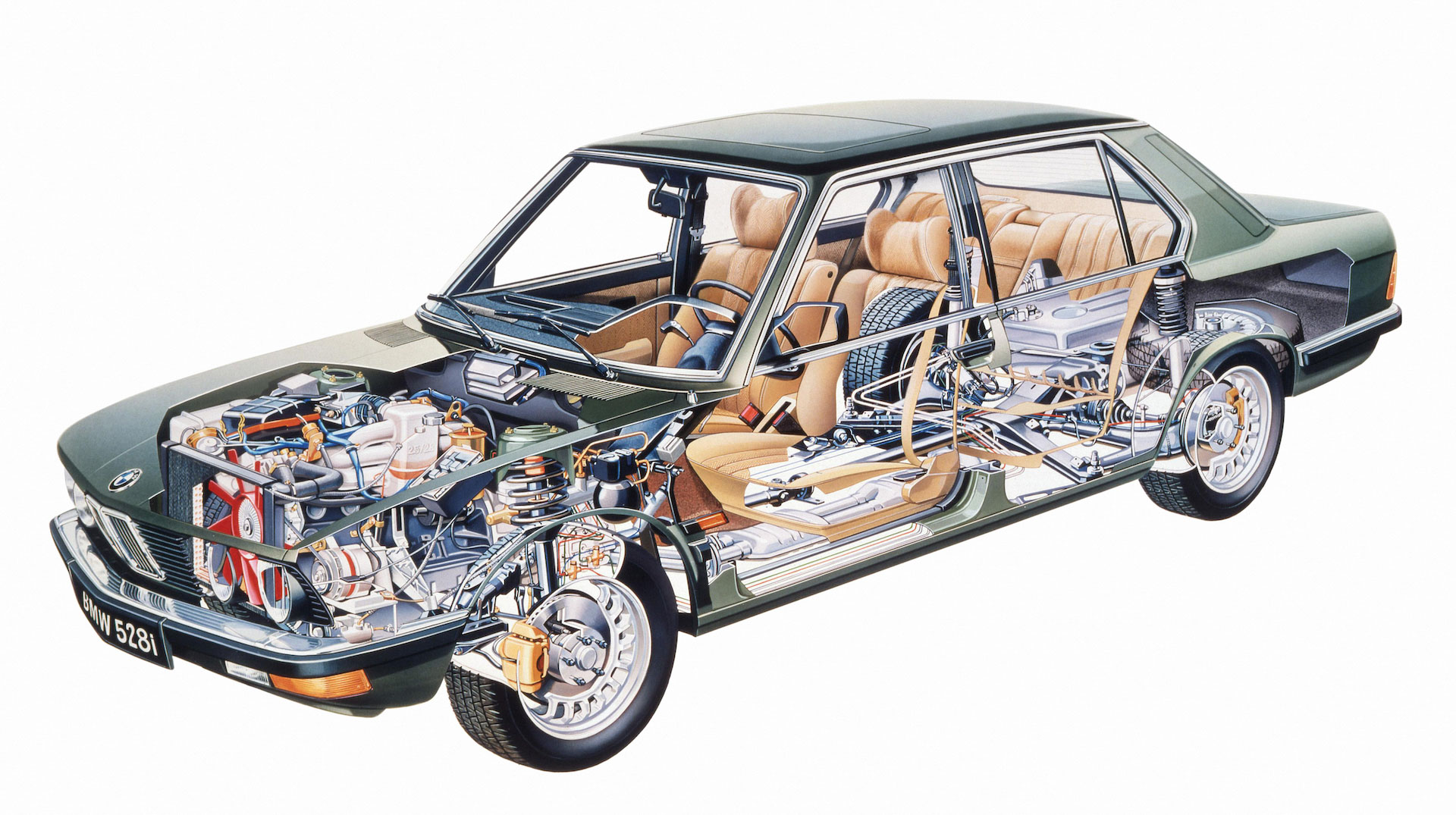 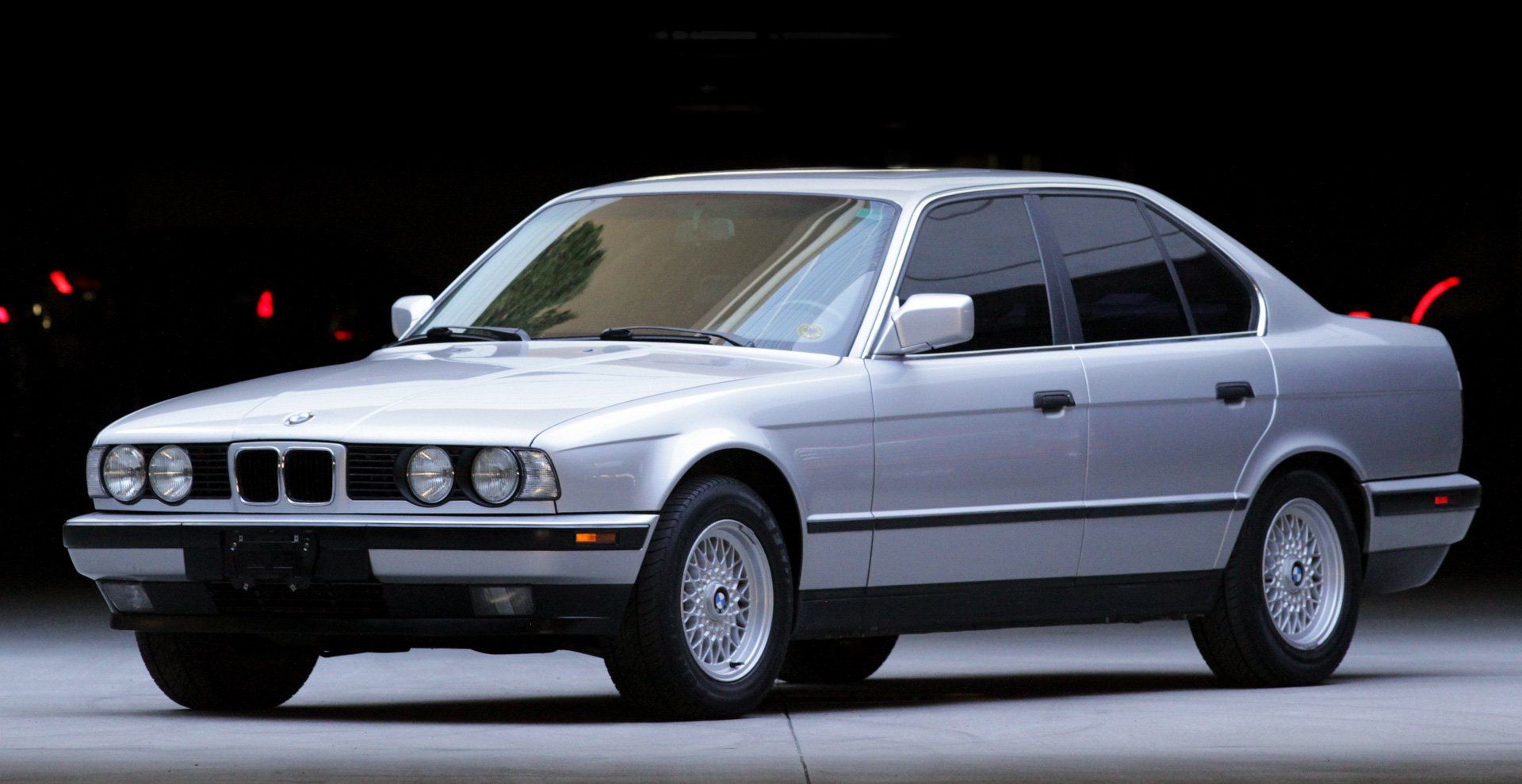 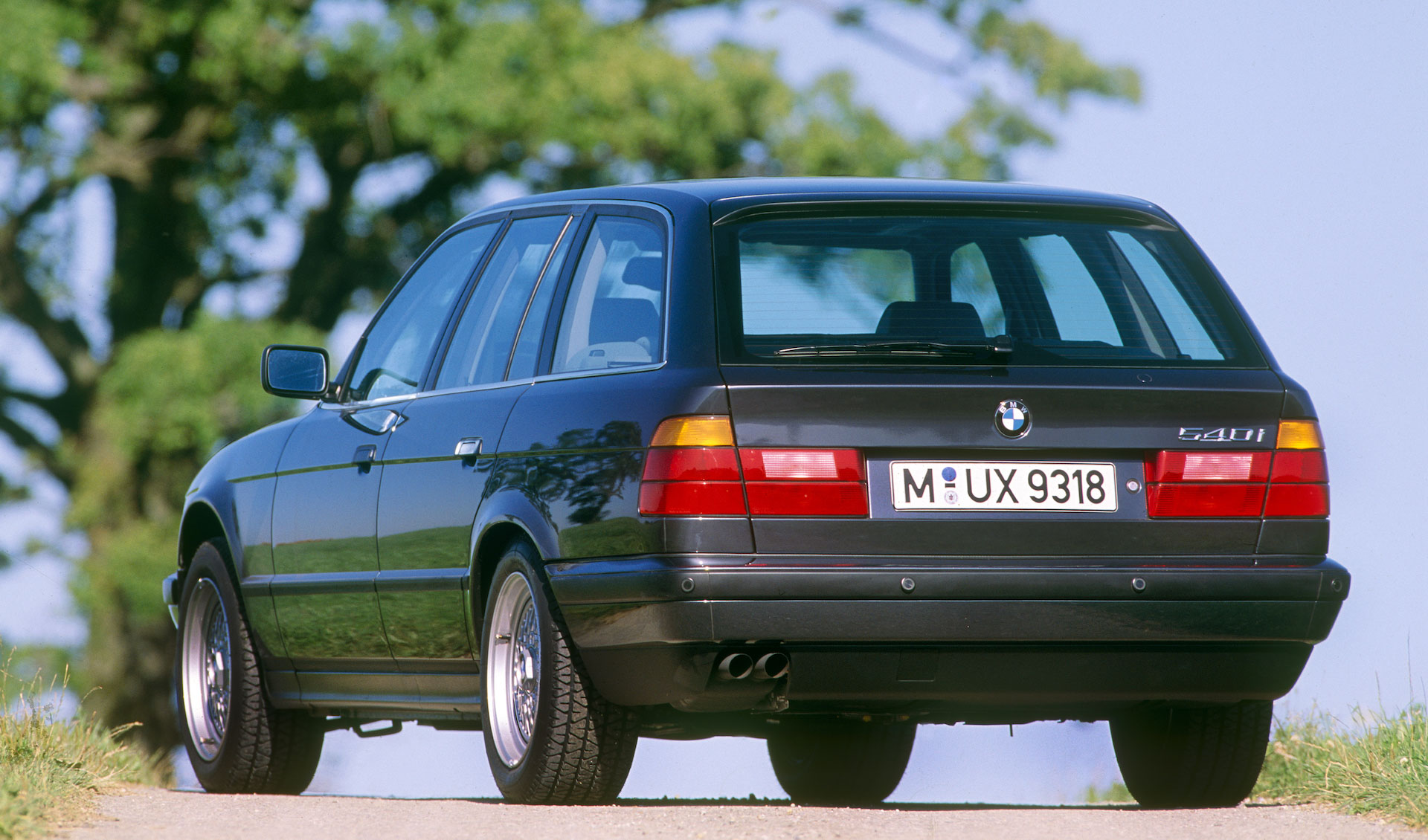 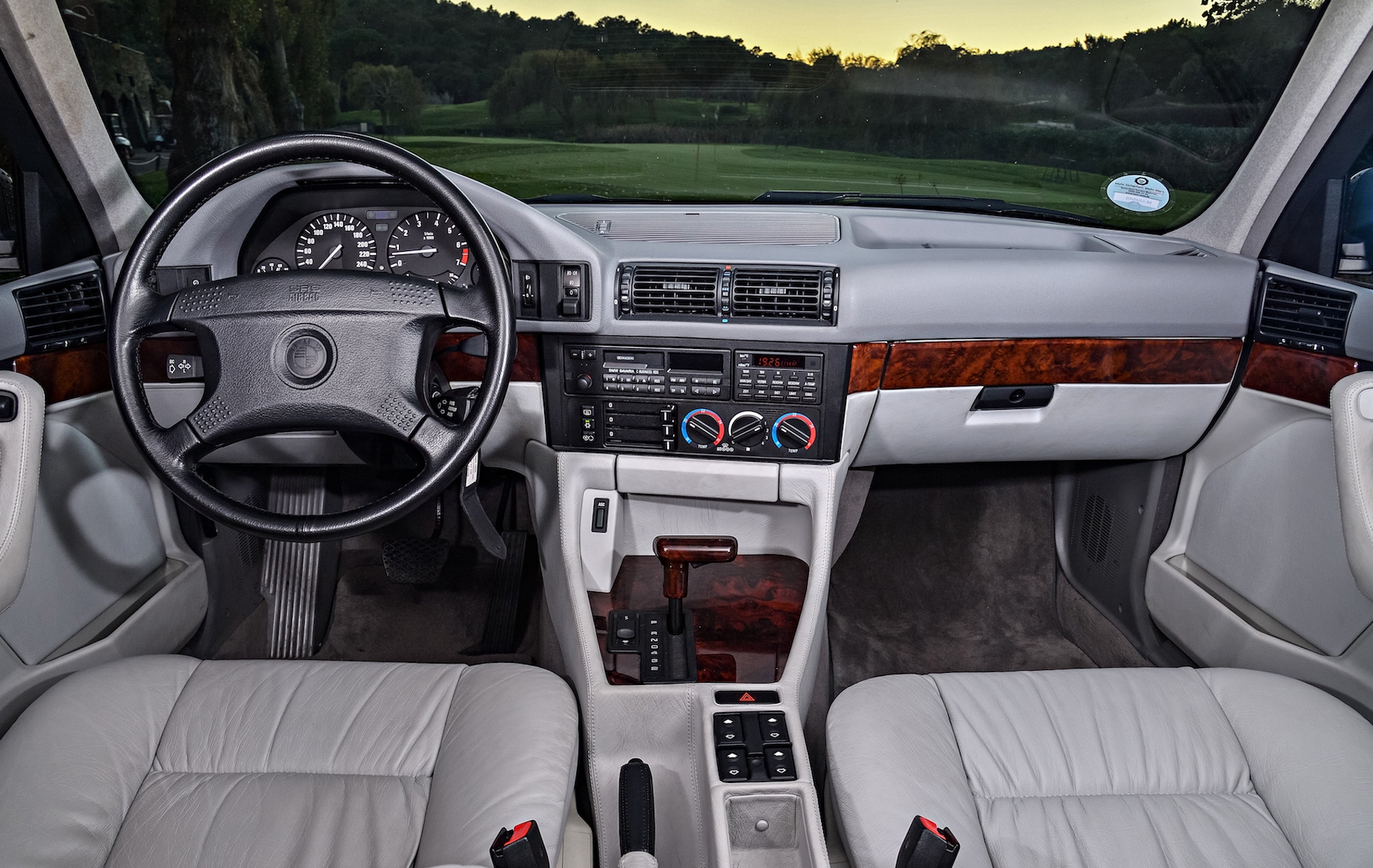 The 5-Series matured dramatically during the E34’s tenure, introducing tons of new features, and the crisp styling means it still looks tight today. It was also a sales smash, BMW shifting twice as many E34s as it did E28s, yet this model is probably one of the series’ more forgotten generations.

Though the launch engine mix of older M20 and M30 eight-valve straight-sixes was mostly familiar to E28 owners, a new range of M50 DOHC sixes and M60 V8s soon arrived to boost refinement and performance. And with the addition of a Touring wagon from 1992, BMW really was gunning for Audi and Mercedes. 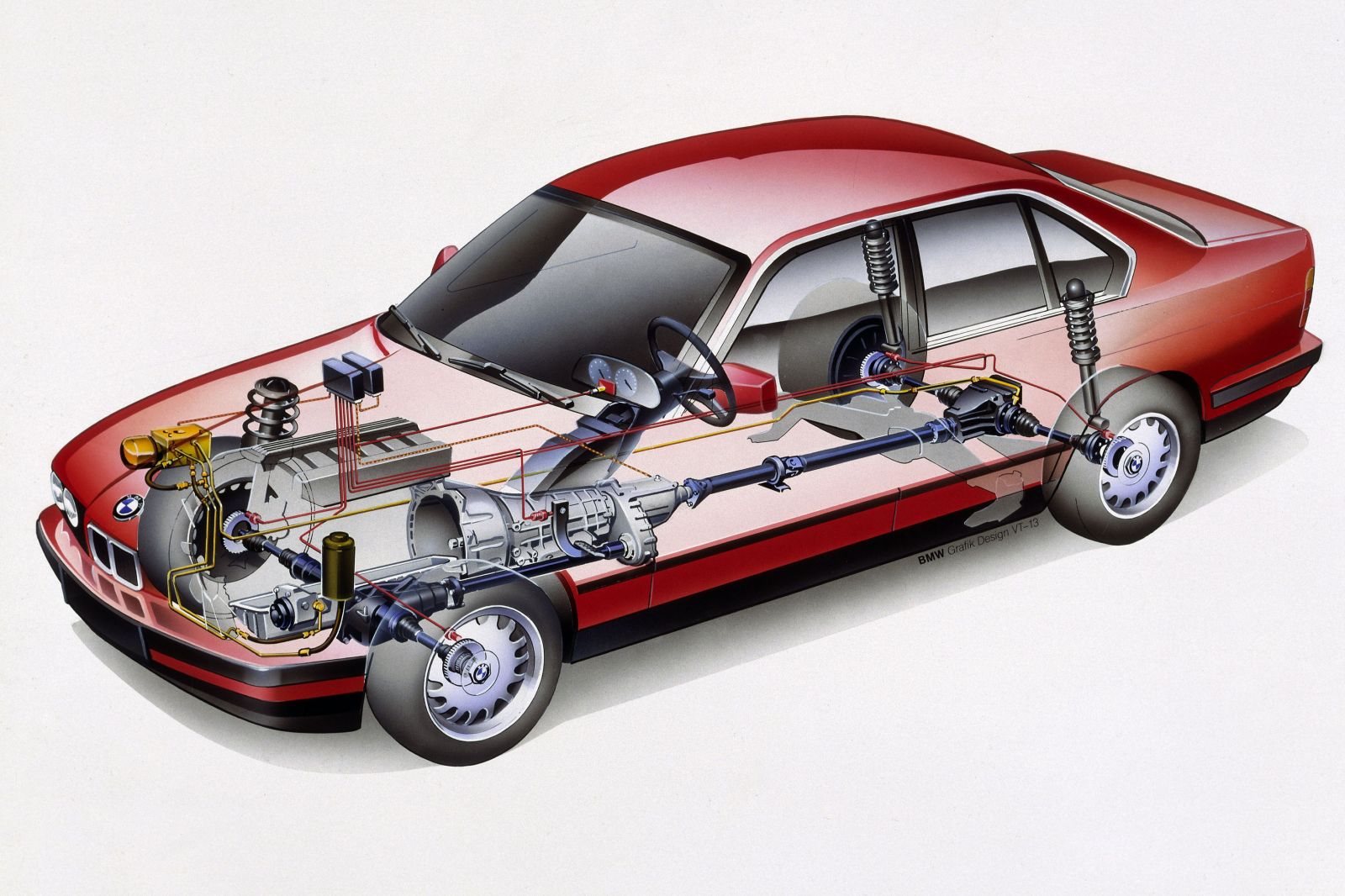 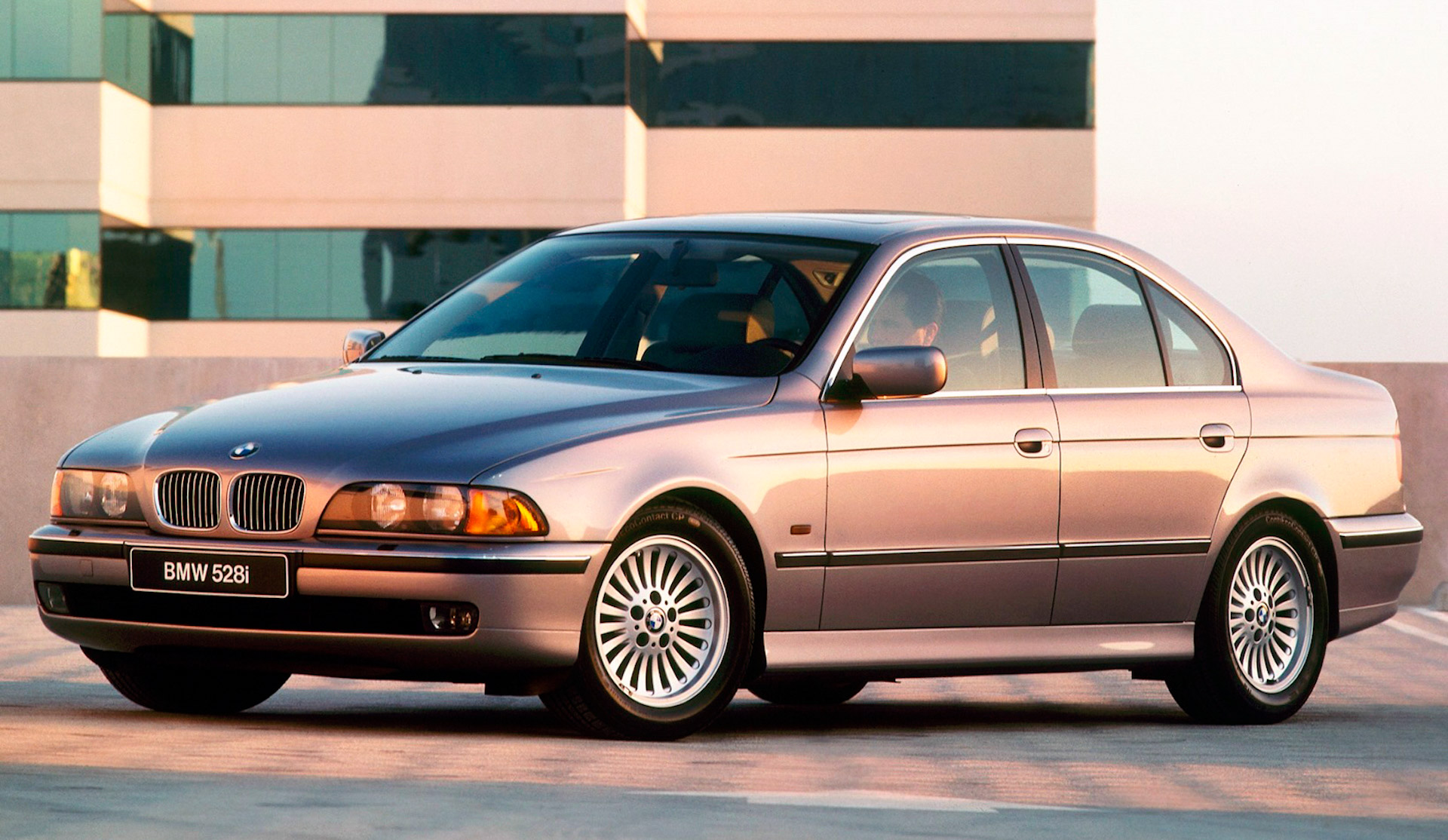 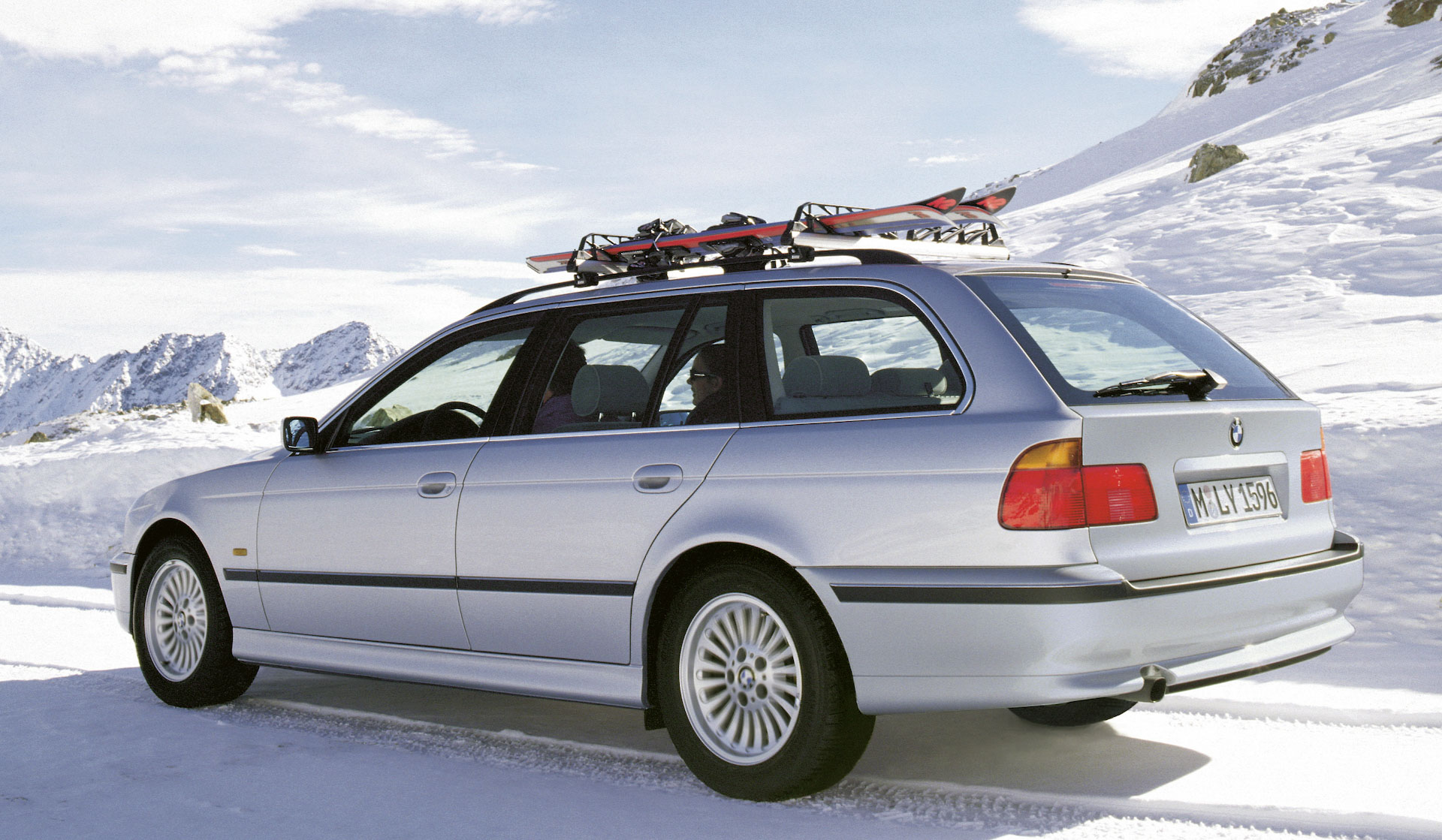 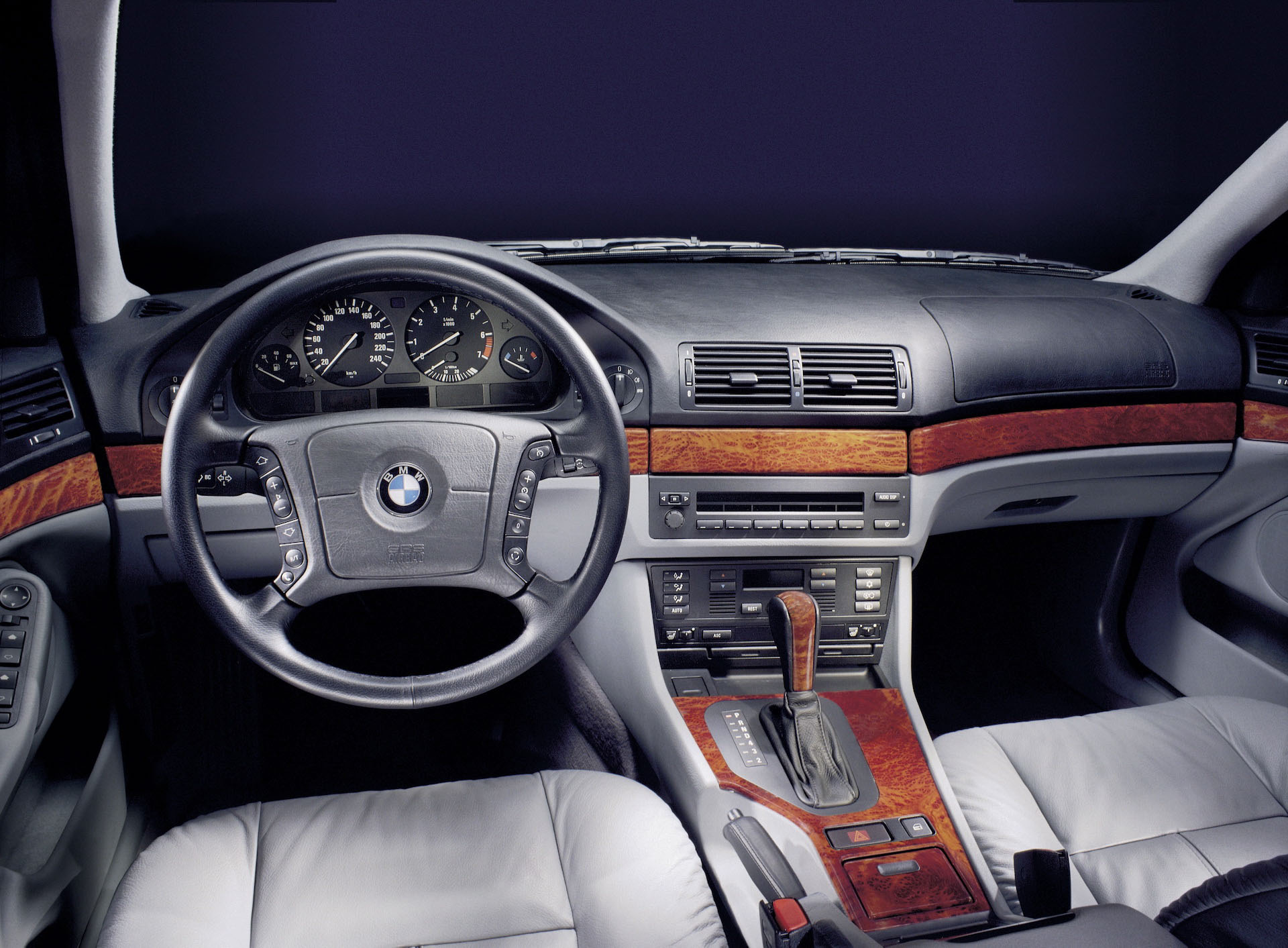 Chris Bangle’s E39 5-Series premiered a wider, lower look and integrated the grille kidneys into the hood for the first time. European cars swapped the heavy cast-iron M50 sixes for the new M52 that featured an aluminum block, and also in Europe, the diesel 5-Series grew in importance, its engine lineup expanding to include a four-cylinder diesel for the first time. 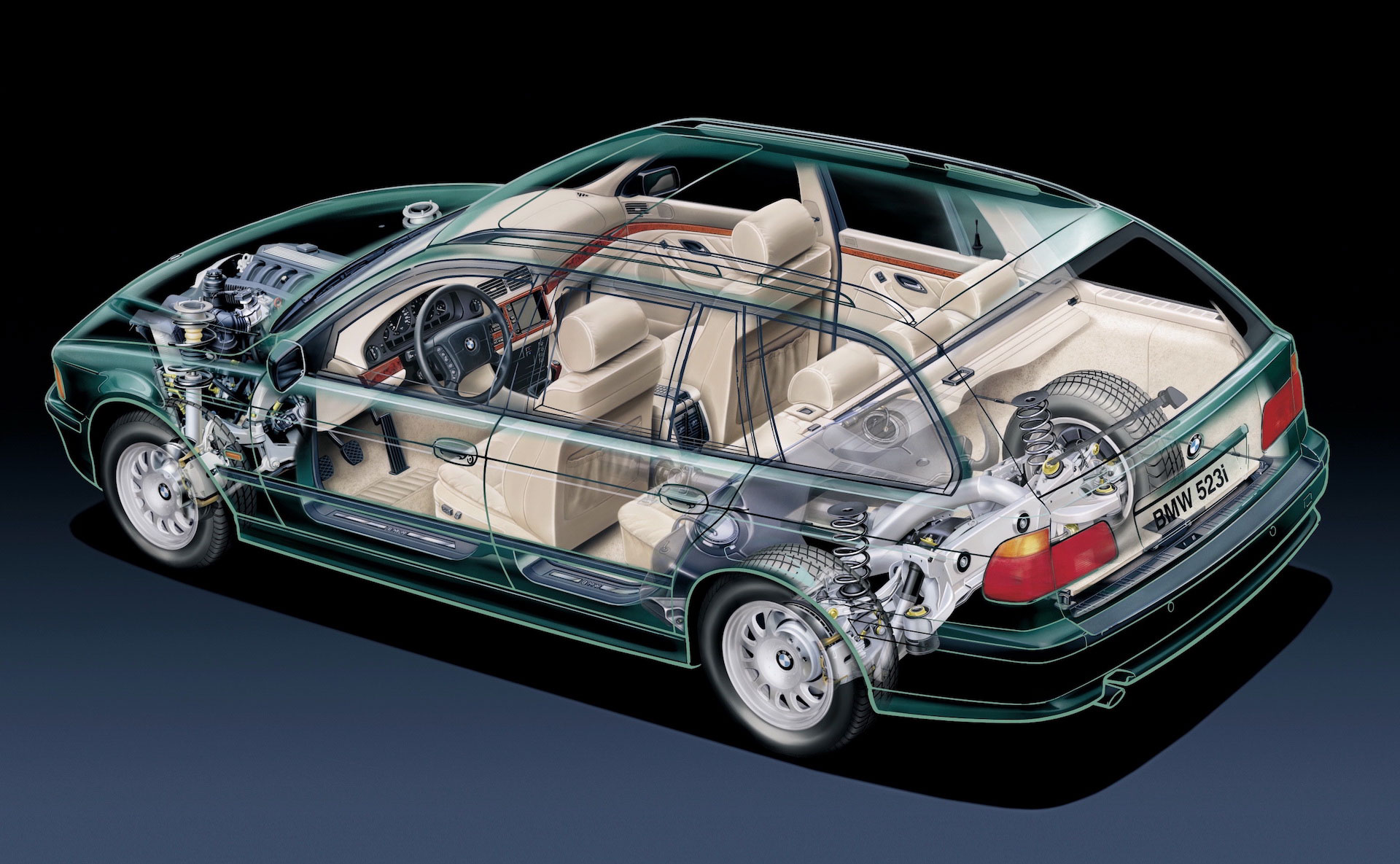 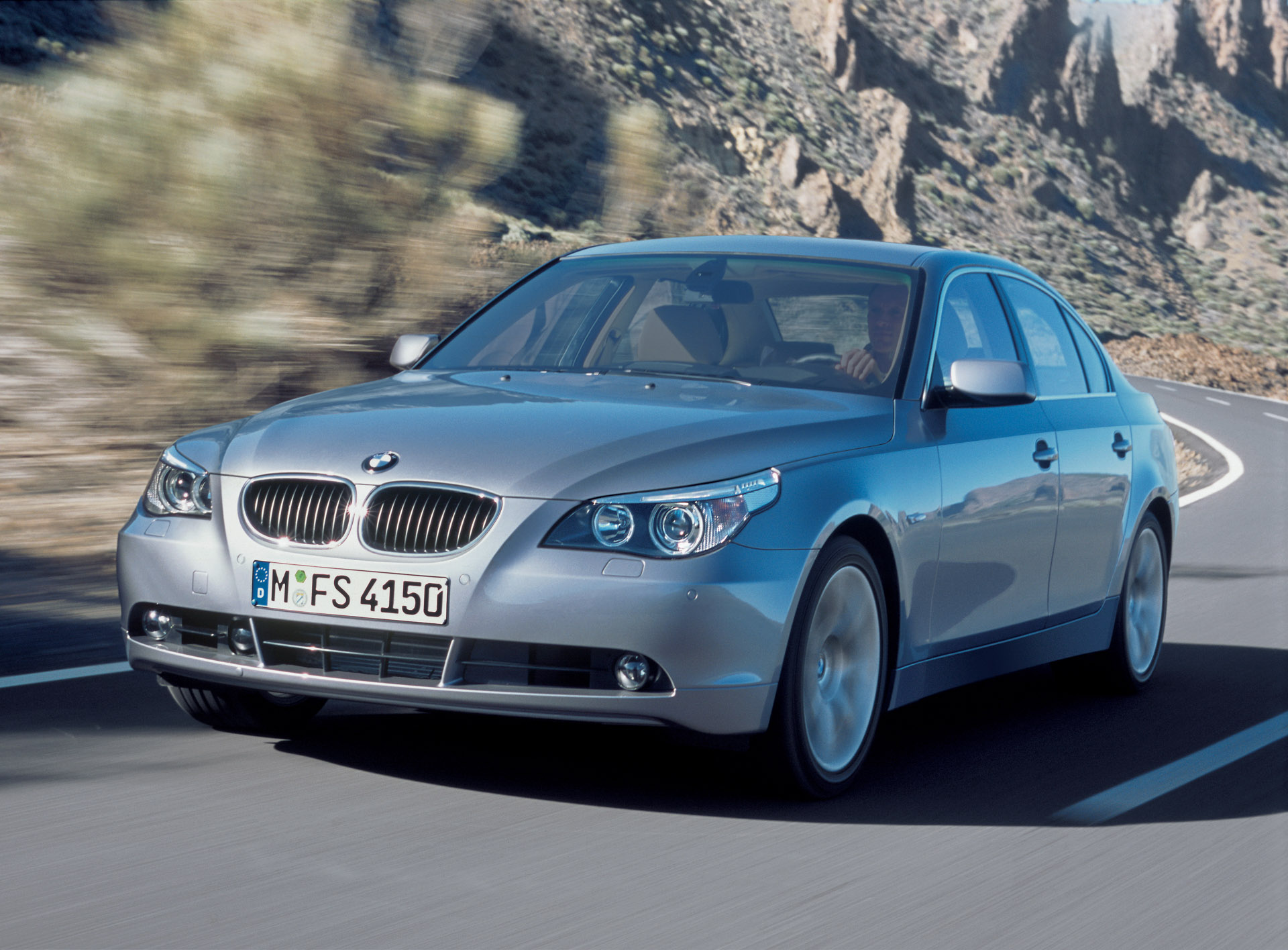 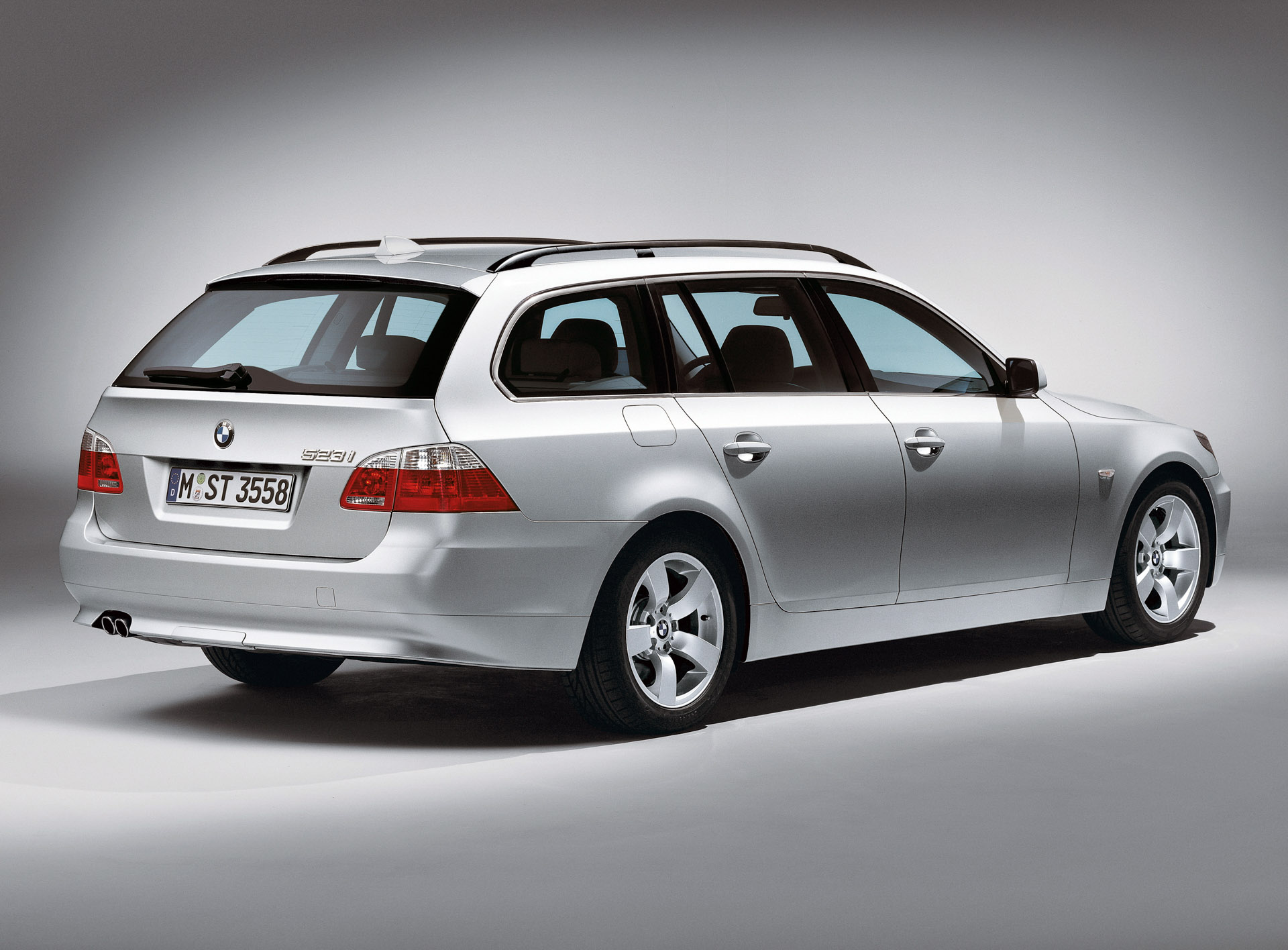 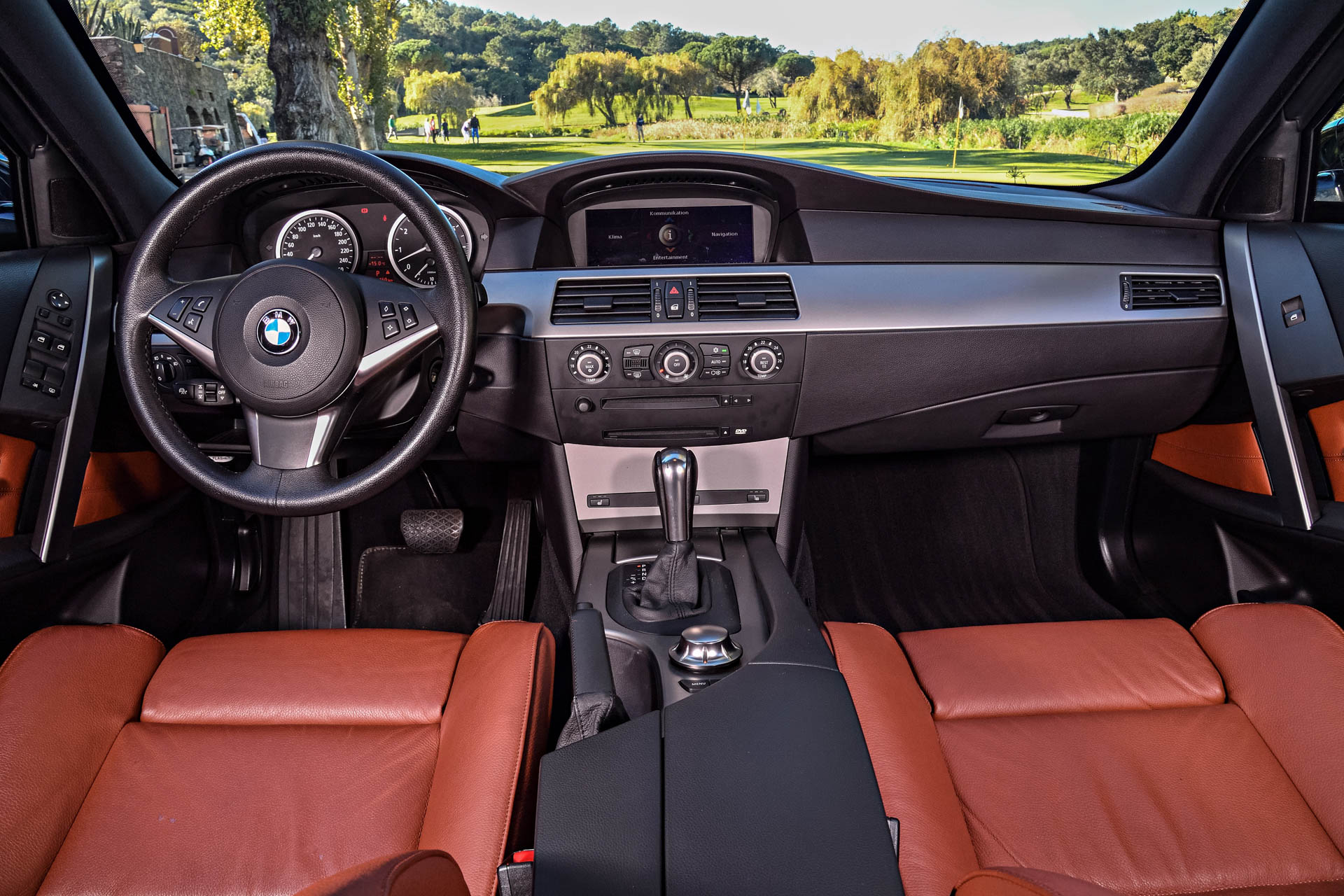 Remember the fuss the E60’s styling caused? And it wasn’t just the way it looked on the outside that polarized opinion. The inside was equally controversial thanks to its cliff-face dashboard, recessed infotainment screen and BMW’s then-new iDrive controller, which had been massively simplified since its debut on the E65 7-Series, but still took a while to get the hang of.

Fast Fives: The 2004 M5 echoed the cylinder count in the company’s V10-powered Williams F1 cars, sounded almost as good, and seemed to have the same appetite for fuel. BMW launched the 5.0-liter, 500 hp (507 PS) monster as a sedan with a clunky sequential manual transmission, but Europe was later offered a Touring (which returned after skipping the E39 generation), while the U.S. got a six-speed manual option. 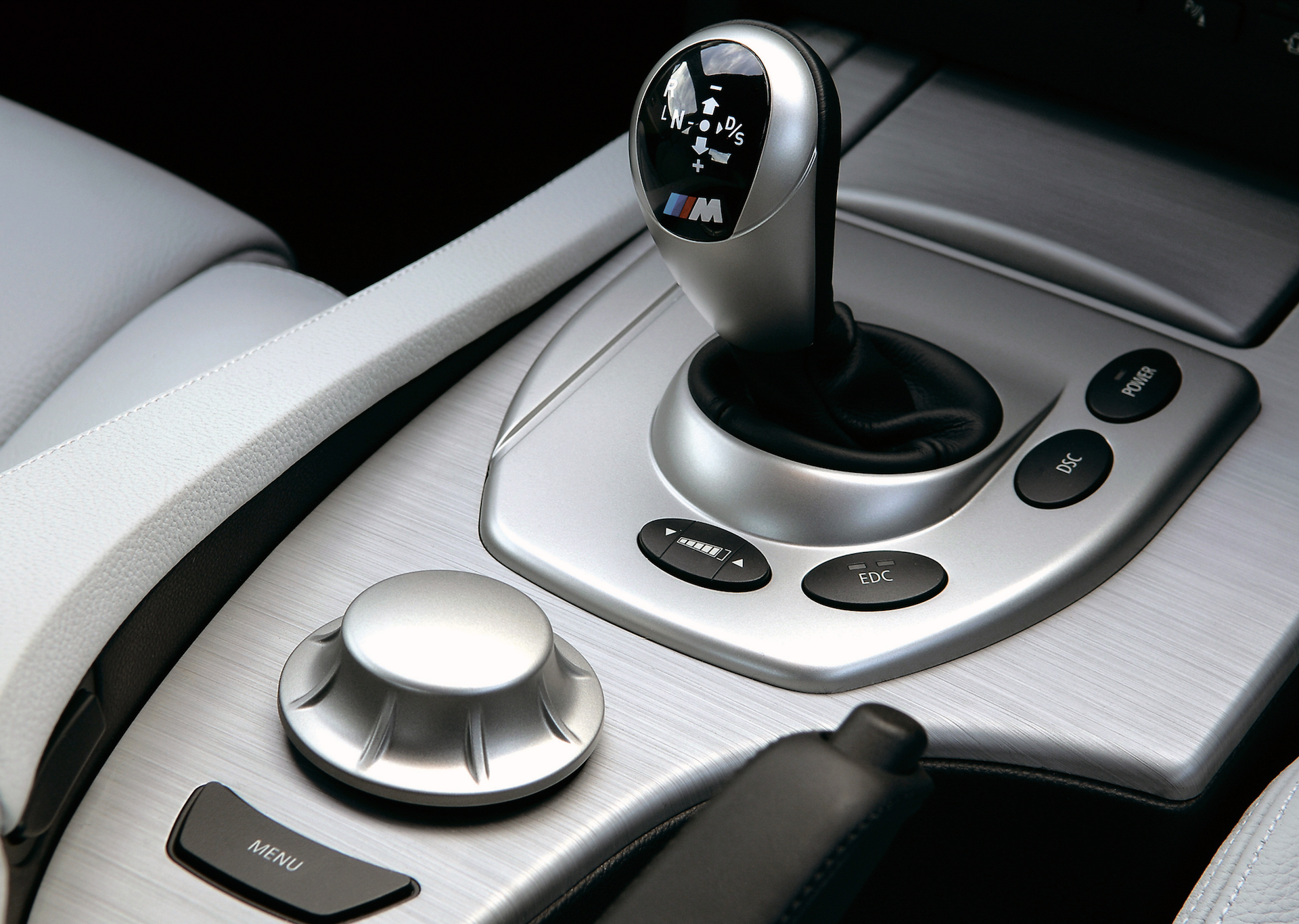 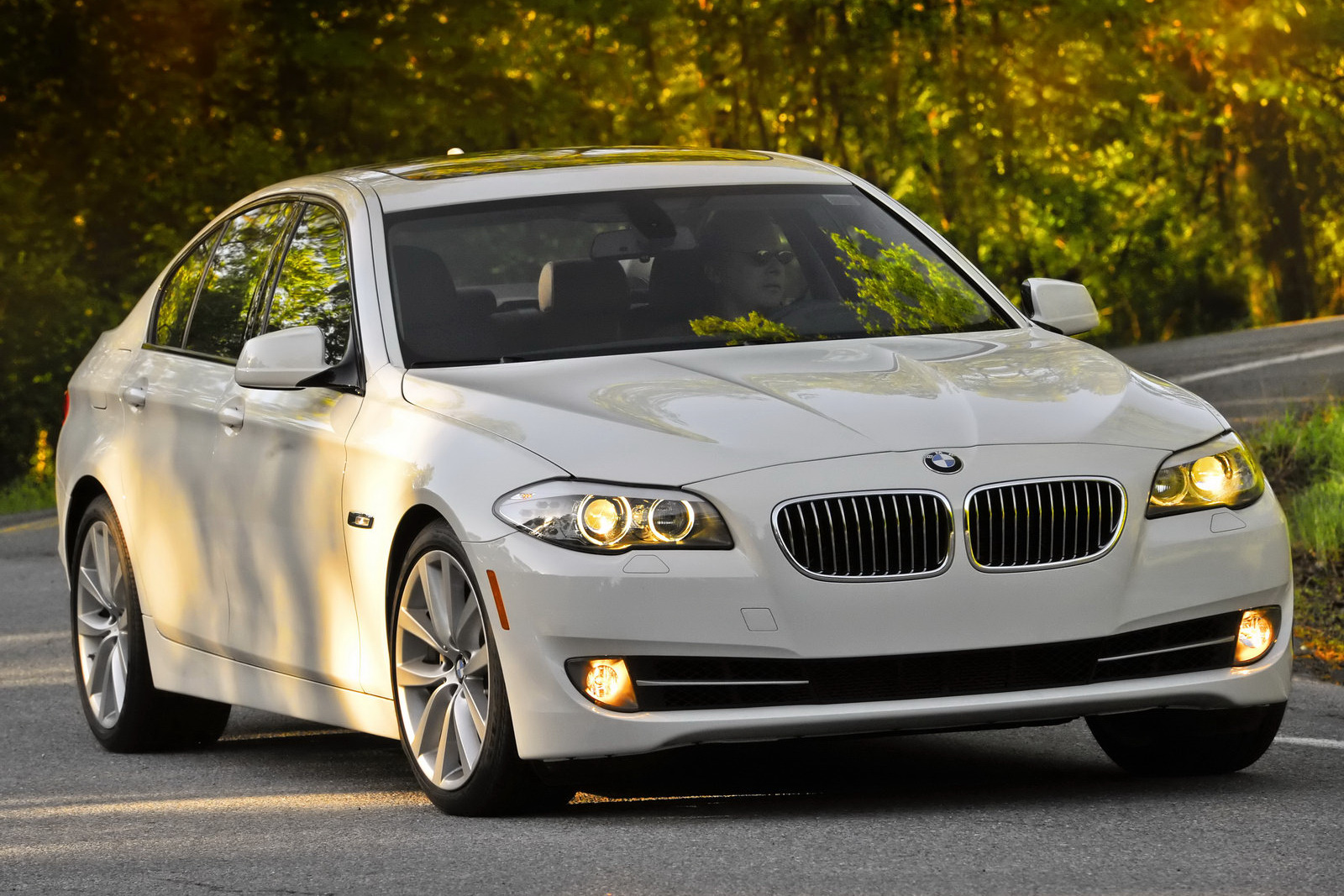 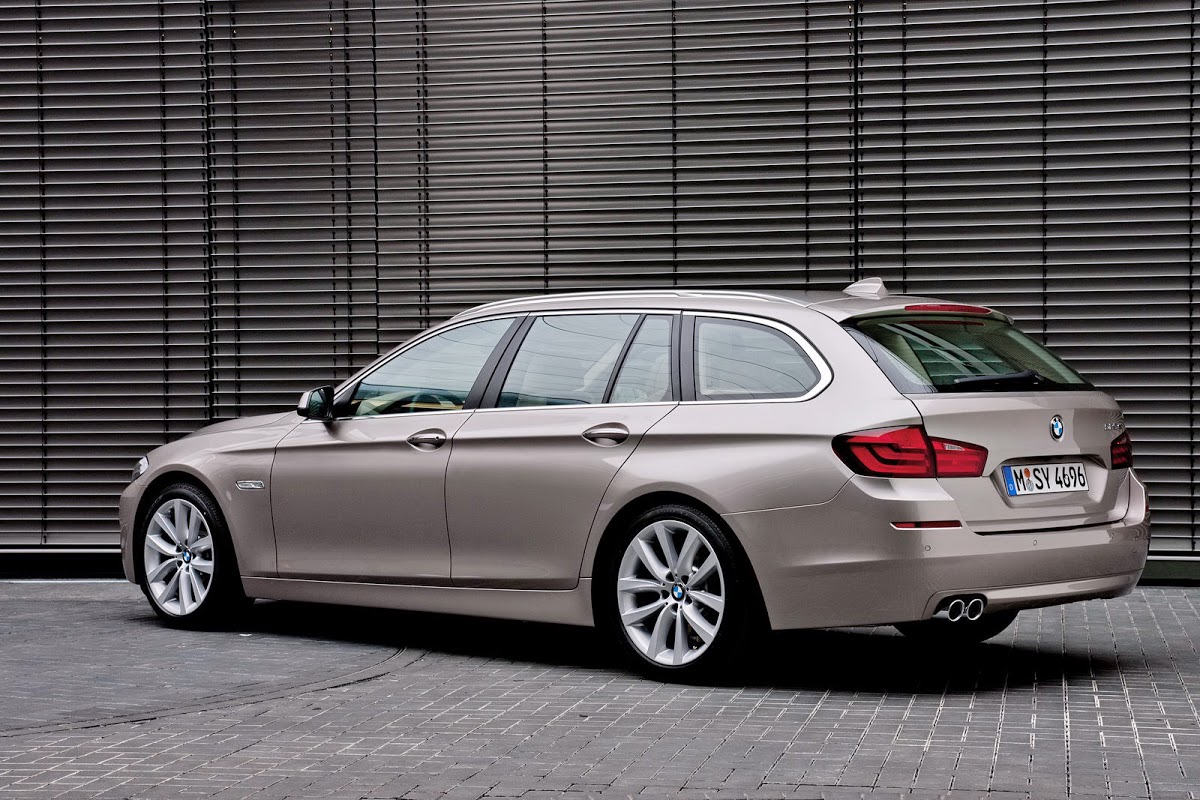 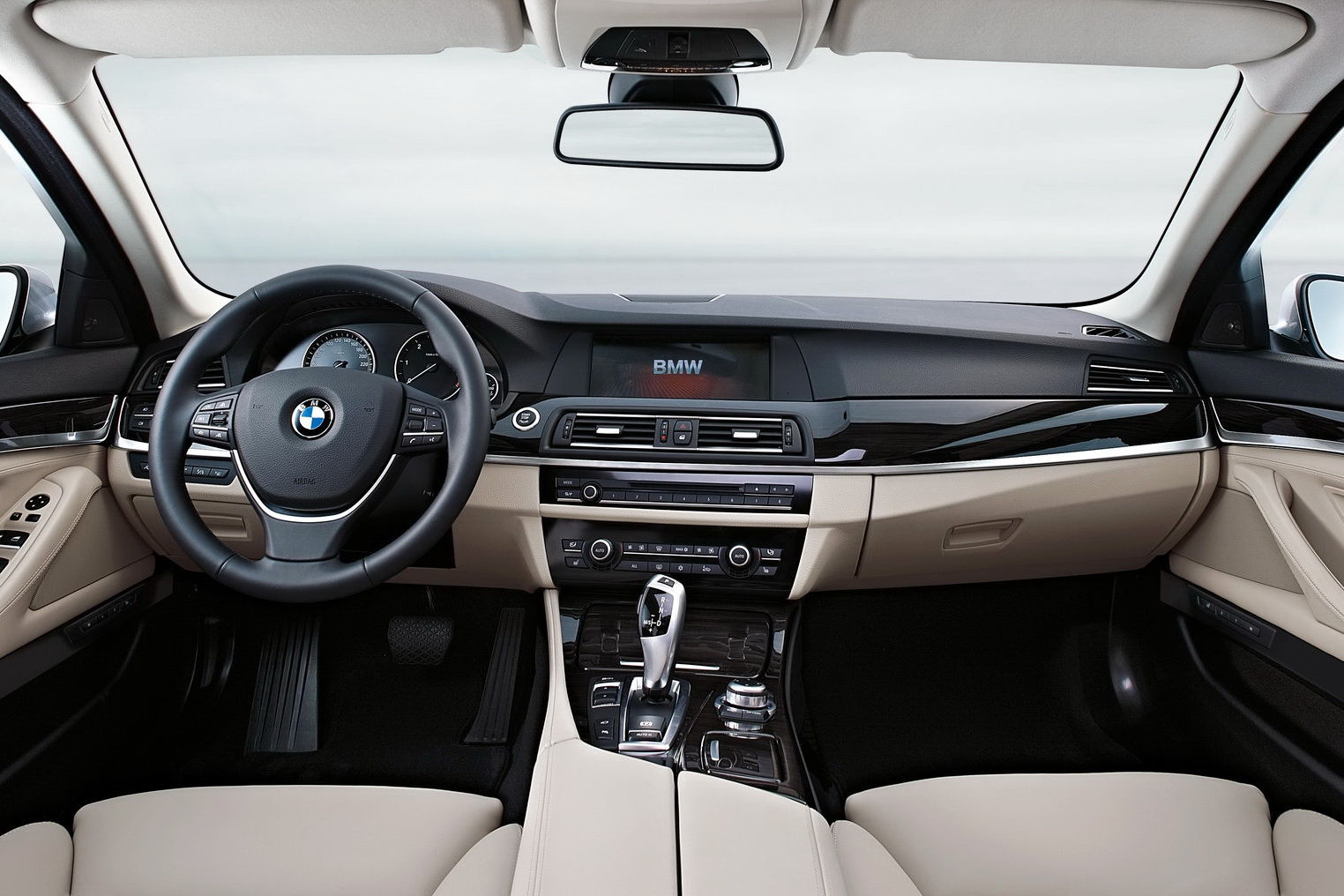 After causing a furore with the E60 5-Series, BMW played it safe with its F10 successor’s styling. And that grown-up theme extended to the ride and handling which took on a real luxury car feel thanks to double wishbone suspension.

The F10 brought even more turbo engines, including to the bonkers M550d diesel, which got three blowers to make 375 hp (381 PS). BMW also expanded the lineup with the fugly 5-Series Gran Turismo, a long-wheelbase fastback Five with plenty of interior space but a serious case of dad bod. More importantly, the 5-Series got its first hybrid during this era when the ActiveHybrid 5 fused an N55 3.0-liter turbo six and electric motor to deliver a combined 335 hp (340 PS). 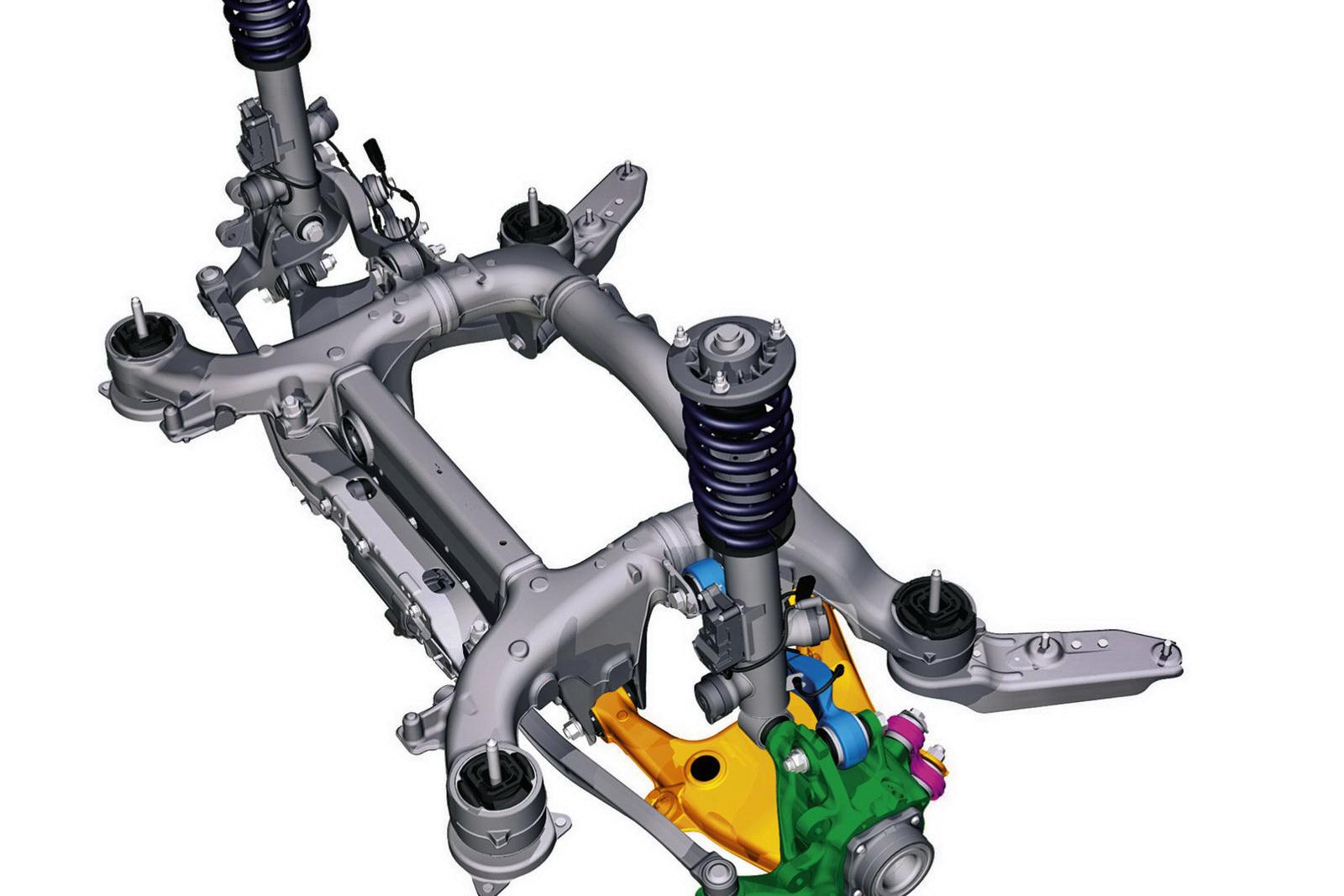 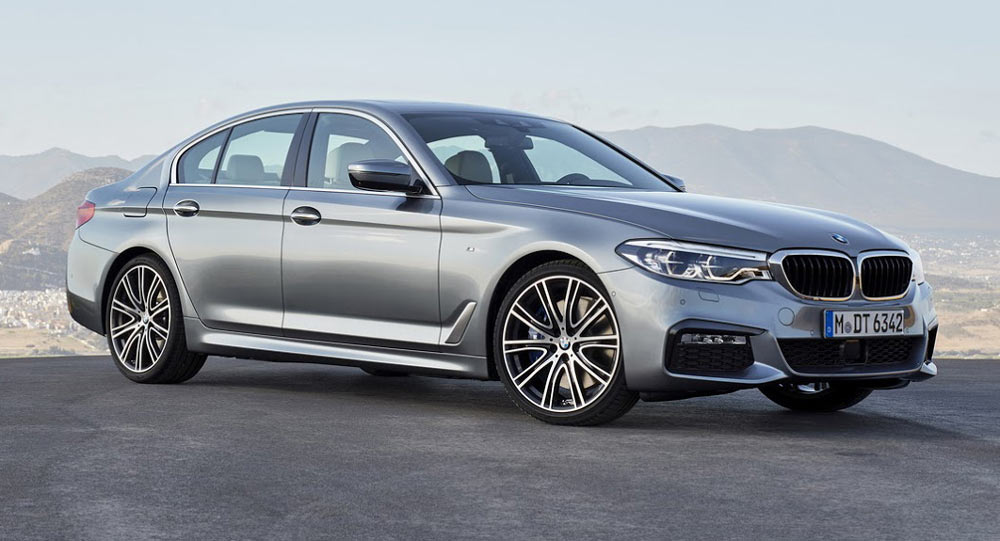 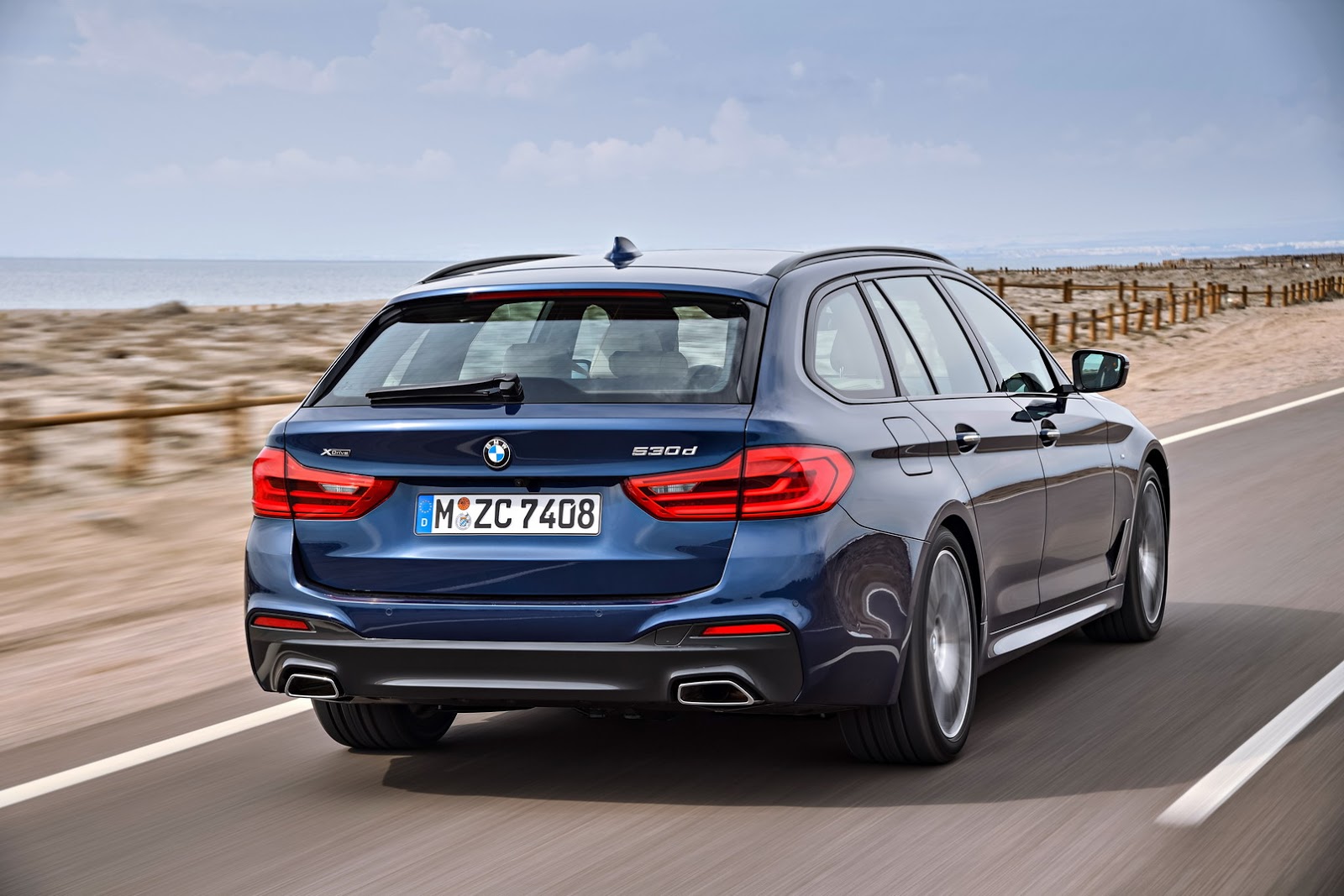 The G30 5-Series is like an F10 after a Men’s Health body transformation challenge: still recognizable, but lighter (by as much as 100 kg/220 lbs), more muscular and sporting a fresh trim with the grays touched-in. That’s down to a switch to BMW’s new CLAR platform and the use of aluminum for most body panels. 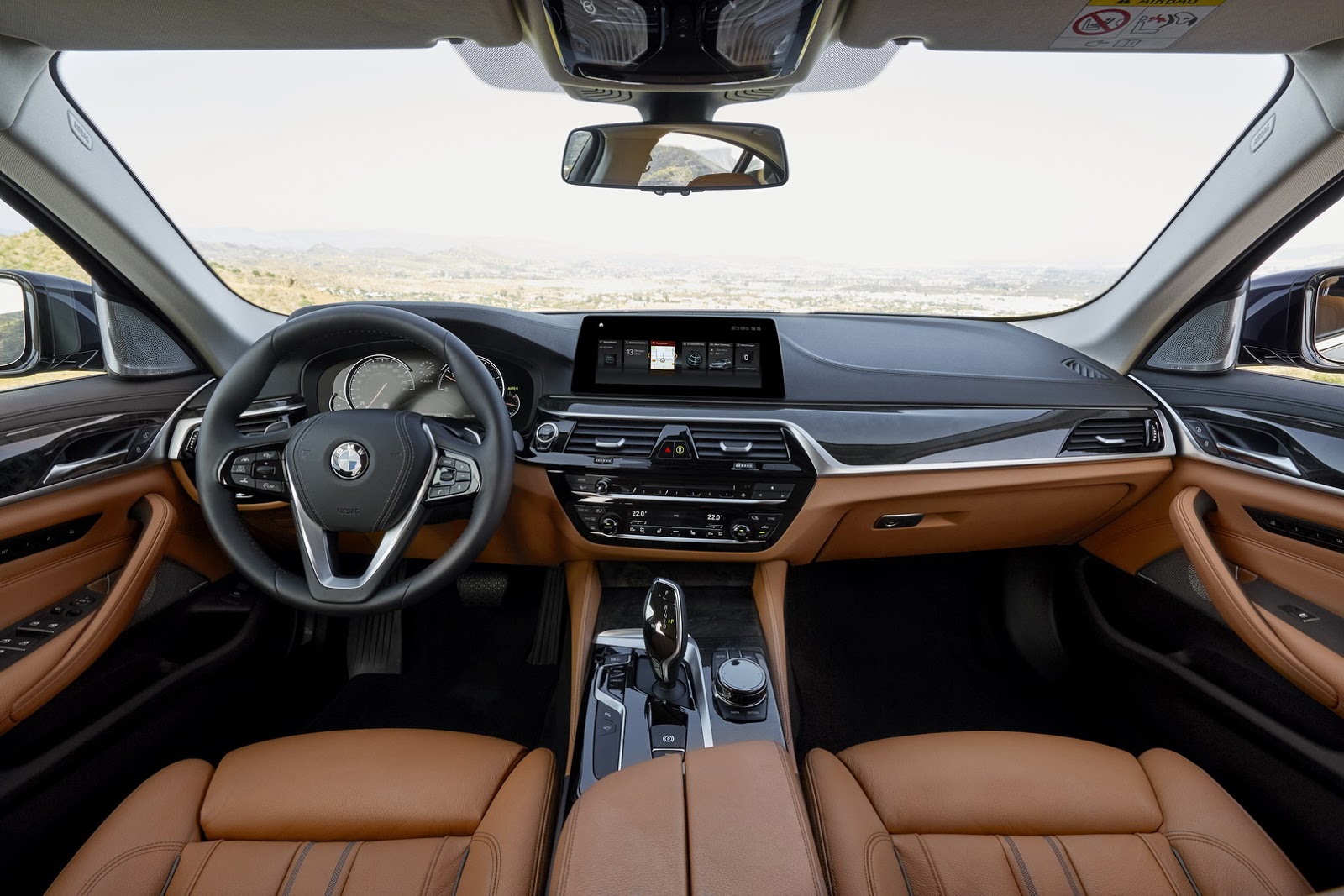 Driver assistance aids including remote parking by smartphone are some of the G30’s biggest advances, along with the introduction of the 5-Series’ first PHEV option, which soon became two options when the original four-cylinder, 248 hp (252 PS) 530e hybrid with its 21-miles (34 km) range was joined by a 389 hp (394 PS) 545e for 2021.

Fast Fives: Thought the previous F10 M5 was too boring? So did BMW, judging by what it served up as an encore. The G30 M5 carried over the S63 V8, and sadly lost the manual transmission option (two-pedal cars also swapped a DCT for a conventional auto), but the base engine matched the old Comp car’s 591 hp (600 hp), while adding 52 lb-ft (70 Nm) of torque, and the new Competition Pack liberated an extra 16 ponies for a serious 617 hp (625 PS) total. 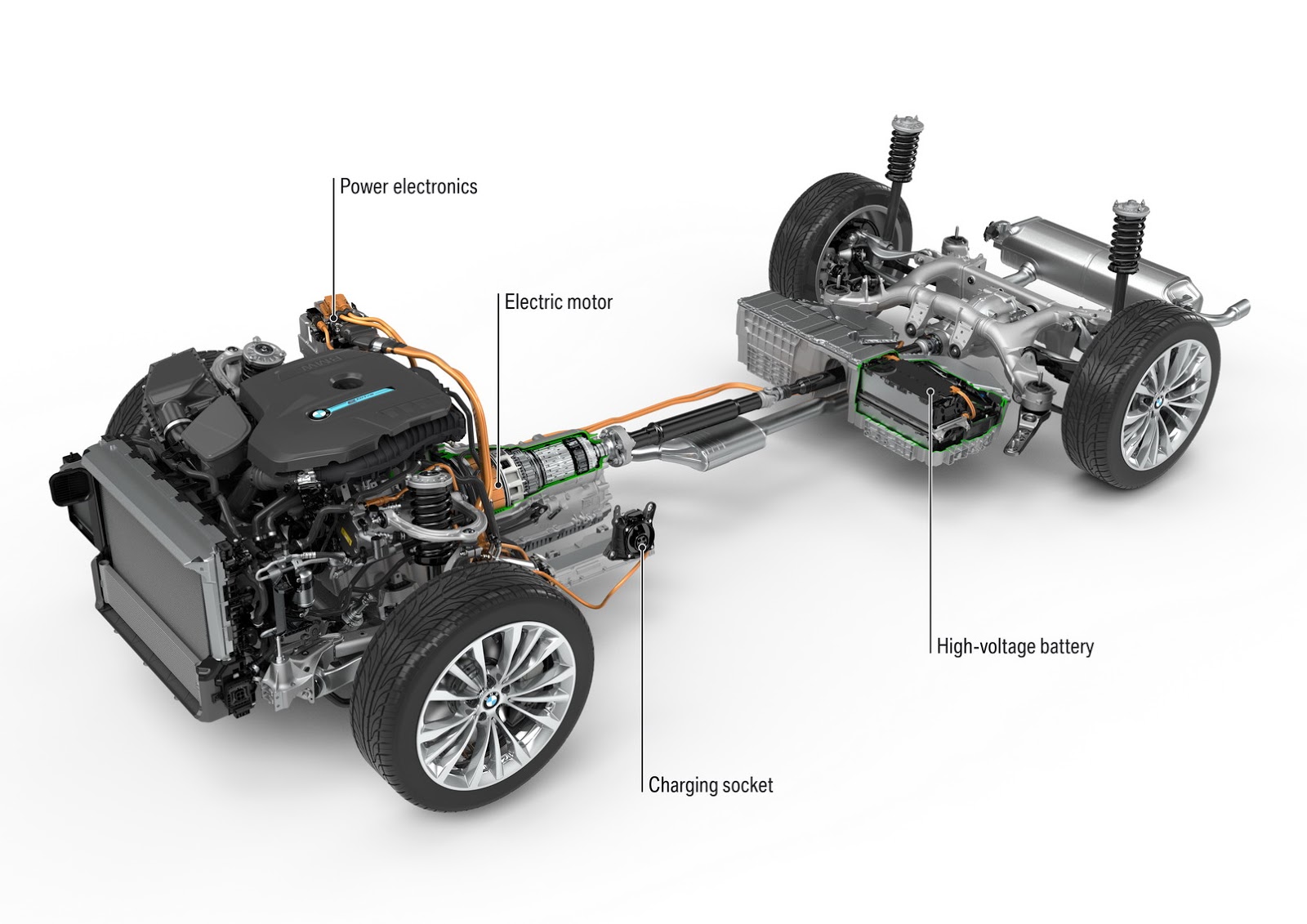 Which is your favorite generation of 5-Series and where do you think the model should go next? Would you like to see BMW turn it into a liftback or a crossover, or should the 5-Series stick to what it knows best? Drop a comment down below and let us know.

What Was The Owner Of This Ram Pickup Truck Thinking?

Good News, Humans! A Pro Driver Can Beat Launch Control Through The Quarter-Mile