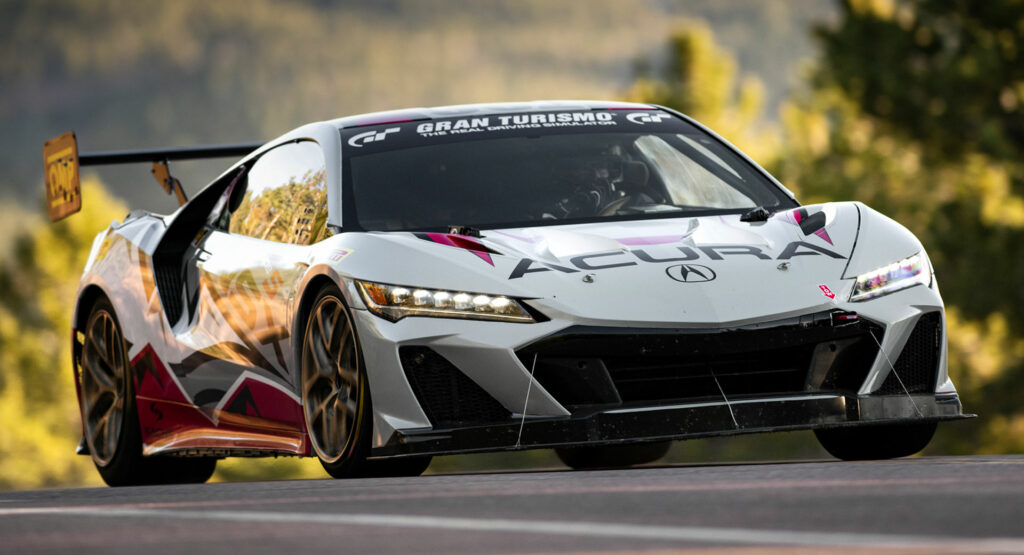 The 2023 Acura Integra is currently arriving at dealerships, but it’s about to make its motorsport debut at the Pikes Peak International Hill Climb.

Set to compete in the Exhibition class, the car features a tri-color red, gray and white livery that pays homage to the first-generation Integra which won back-to-back IMSA Championships in 1987 and 1988.

Besides the retro-inspired livery, the car has been outfitted with a differential, suspension, and brakes sourced from the Honda Performance Development parts catalog. Acura didn’t go into specifics, but noted the model will also have lightweight 18-inch HRE wheels that are wrapped in Pirelli racing slicks. 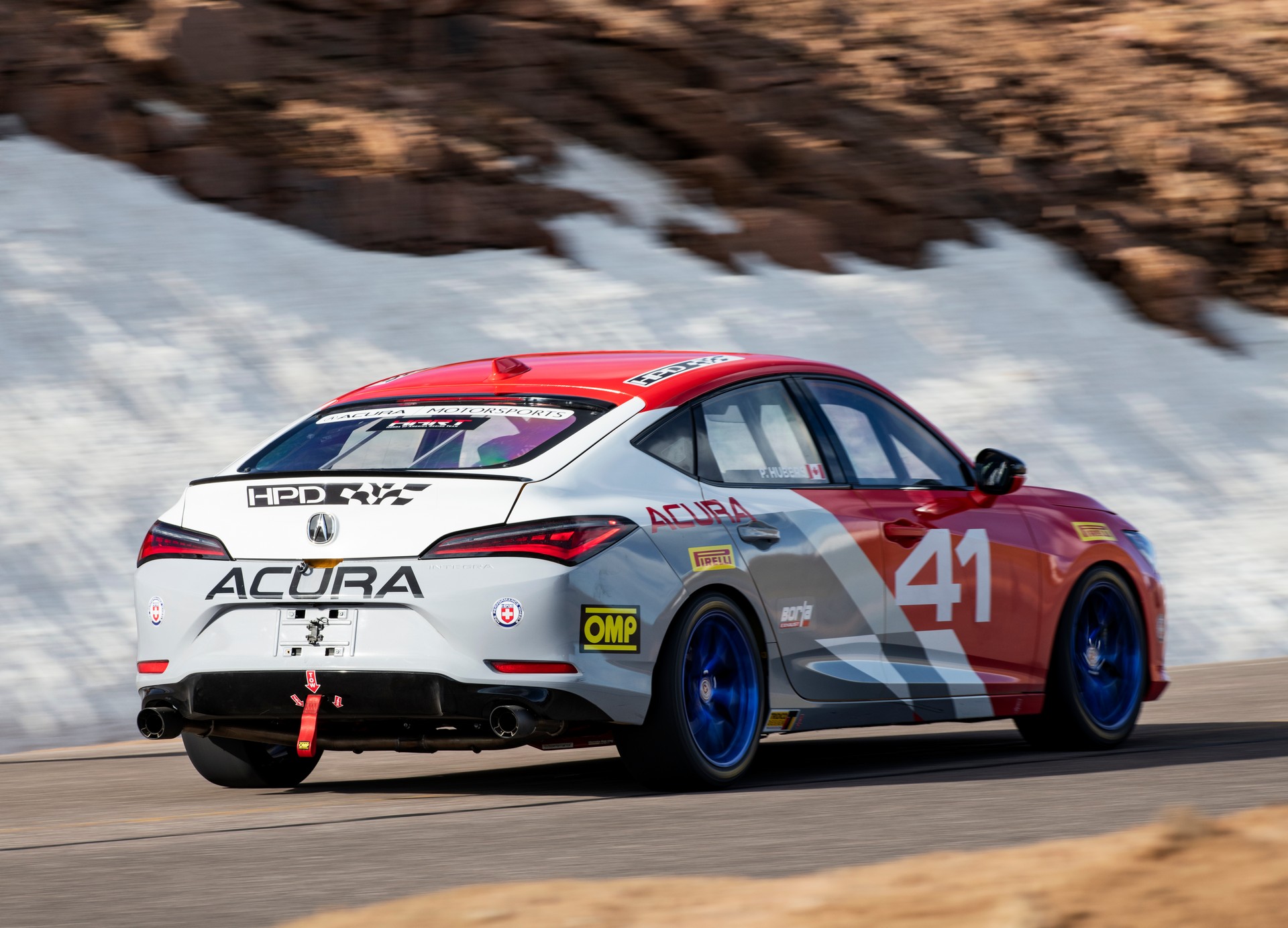 One thing hasn’t changed and that’s the powertrain, which consists of a turbocharged 1.5-liter four-cylinder engine that produces 200 hp (149 kW / 203 PS) and 192 lb-ft (260 Nm) of torque. It’s connected to a six-speed manual, which sends power to the front wheels.

The Integra isn’t the only new Acura competing at Pikes Peak this year as the 2022 NSX Type S will be entered in the Time Attack 1 and Exhibition classes. The cars feature a “host of performance upgrades,” and will be driven by brothers James and Nick Robinson. They’ll be joined by an NSX Type S pace car, driven by Renee Brinkerhoff.

Last but not least, Acura will field a pair of TLX Type S sedans in the Exhibition and Time Attack 1 classes. The former will be driven by Jordan Guitar, while Justin Lumbard will pilot the latter.