The first examples of the Nissan Ariya have arrived on UK shores as the EV inches closer to the hands of waiting customers.

The Ariya touched British soil at the Port of Tyne in the northeast of England with the very first being an Ariya Advance variant with the 63 kWh battery, Akatsuki Copper paint, and a Pearl Black roof fitted with the optional Sky Pack consisting of an electric opening sunroof with a power sunshade.

Nissan’s first Ariya models in the UK will undergo final quality control checks being before sent to dealerships where they will be used for customer test drives and then, customer deliveries. A shipment of additional Ariya models will arrive in the coming weeks and will come with many vehicles pre-ordered by customers. 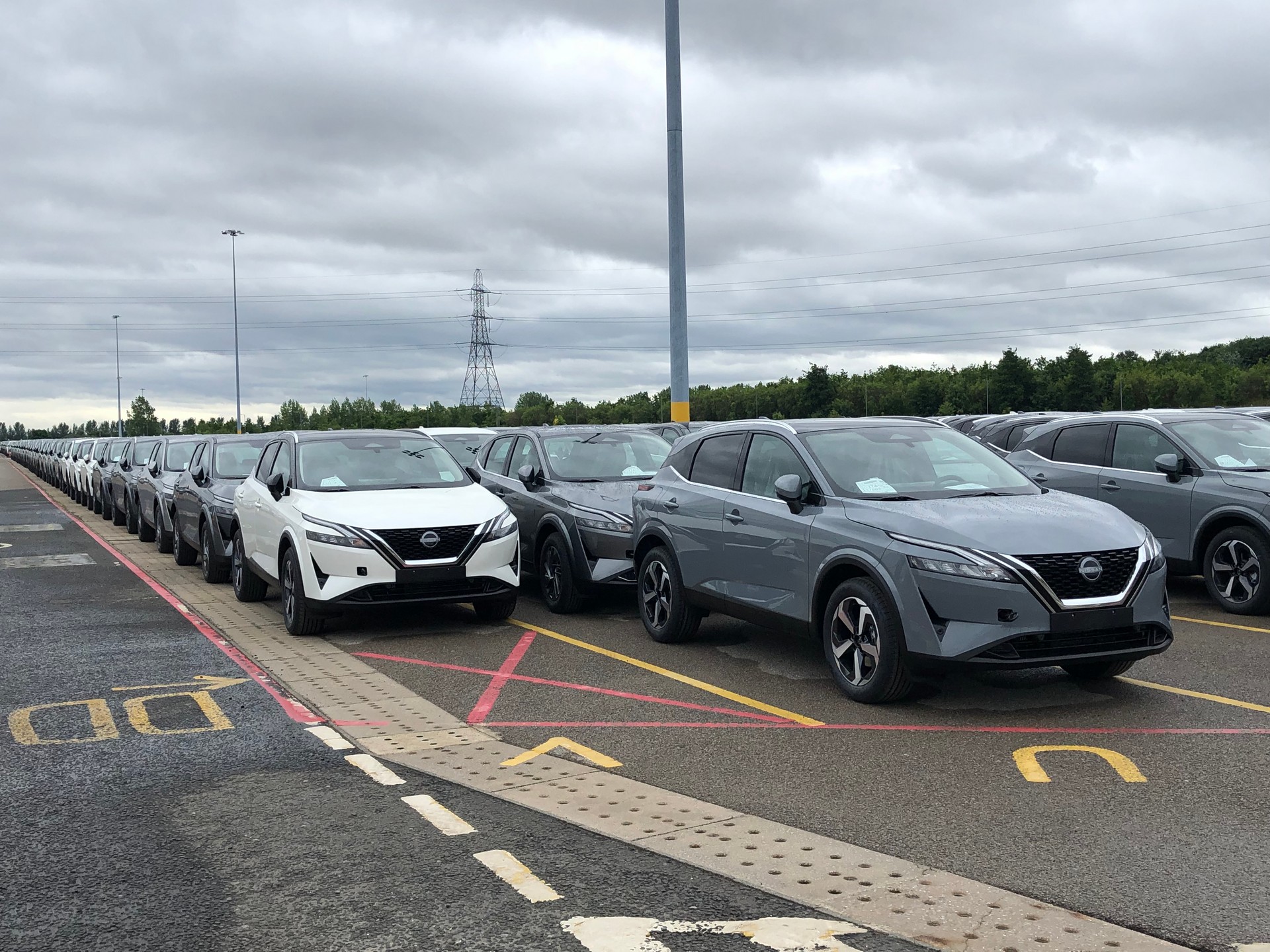 In the UK, the Nissan Ariya is available in Advance and Evolve trim levels with three different battery and powertrain combinations. These consist of a two-wheel drive model with the small 63 kWh pack, a two-wheel drive variant with a larger 87 kWh battery pack, and the flagship e-4ORCE AWD version with the 87 kWh pack. Prices kick off at £43,845 ($52,648) for the Ariya Advance 63 kWh and top out at £56,290 ($67,592) for the e-4ORCE Evolve 87 kWh.

The Ariya range is a little different in the United States as the 63 kWh battery is not an option. Instead, the range kicks off with the Ariya Venture+ FWD with a single 289 hp electric motor and an 87 kWh pack, priced from $45,950. Other variants on offer include the Ariya Evolve+ FWD with 289 hp and an 87 kWh pack starting at $48,950, the Ariya Premiere FWD with the same motor and battery pack priced at $53,450, and the flagship Ariya Platinum+ e-4ORCE AWD featuring a pair of electric motors with 389 hp, an 87 kWh battery pack, and a $58,950 MSRP.