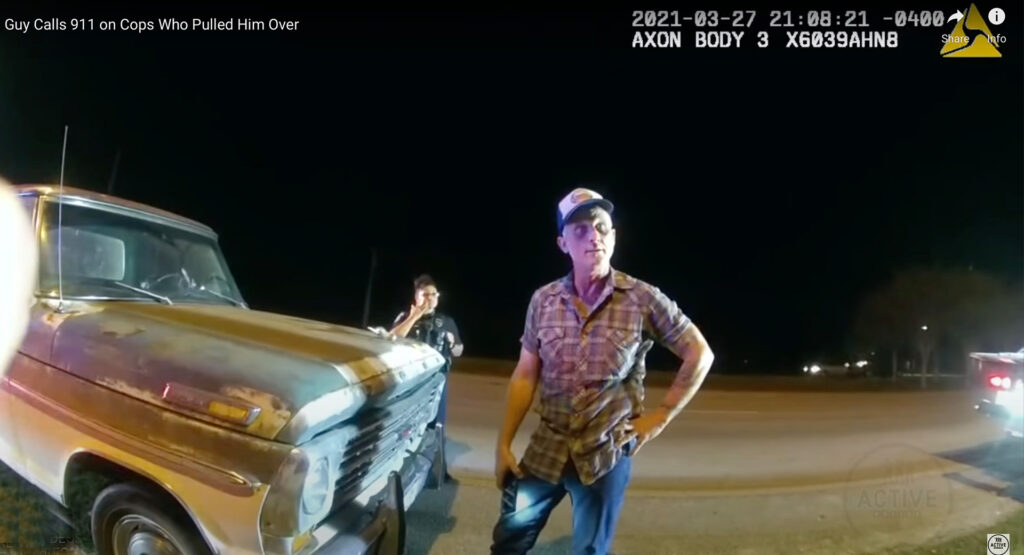 Ever been broke? So broke that you struggled to pay your car insurance and knew that one unexpected bill, like a the cost of replacing a flat tire after hitting some debris on the road, might tip you into a financial abyss?

If you know what that feels like, you’ll have felt for a guy seen in a short video posted to social media and viewed over 5 million times about a police traffic stop in Florida. We see the middle-aged guy, wearing a plaid shirt and baseball cap, shouting at cops in exasperation, begging them not to tow his truck away.

“Let me push the thing, don’t tow it away, it’ll cost me money” he shouts. “I don’t have any money, dude, I’m broke man, my life sucks, you’re making it worse.”

As he walks right, and out of frame, we hear him tell the officers: “You’re not nice, you’re not cordial, you don’t give a **** about people like [me]”

Related: This Motorcycle And Truck Smash Is More Complicated Than It Looks

The words “felt this” have been superimposed over the TikTok video, and it’s hard not to wonder if the police were being heavy handed. When gas prices and the cost of living have spiraled, this guy could be any of us.

But fortunately, he isn’t. Because this is yet another example of social media only showing us a portion of a story, and allowing, or even encouraging us to make a judgment without knowing the full story (or fuller story), which is now available on the Active Police Cam YouTube channel.

It turns out that the driver, who had been pulled over for a defective rear light and license plate light was at the wheel of a truck that at the time of the stop hadn’t been licensed or insured for almost 12 years. No one likes paying for car insurance, license fees or car repairs. And we get it, sometimes it’s not just about making a choice not to pay, it’s about simply not having the money to pay. But to looks like this guy really has been taking liberties for years and years.

Furious that the police won’t let him push the car into a nearby parking lot where he can arrange its recovery later, he refuses to sign a citation, actually calls 911 on the police, and then resists arrest. According to a story on Tire Meets Road, a couple of those charges were eventually dropped, leaving him with a bill for $353, plus the towing and impound yard fees. Our guess is that truck’s not going anywhere in a hurry. Which is still kind of sad, because being broke sucks, but as anyone who’s ever been hit by an uninsured driver and been left to pickup the pieces will testify, it’s for the best.