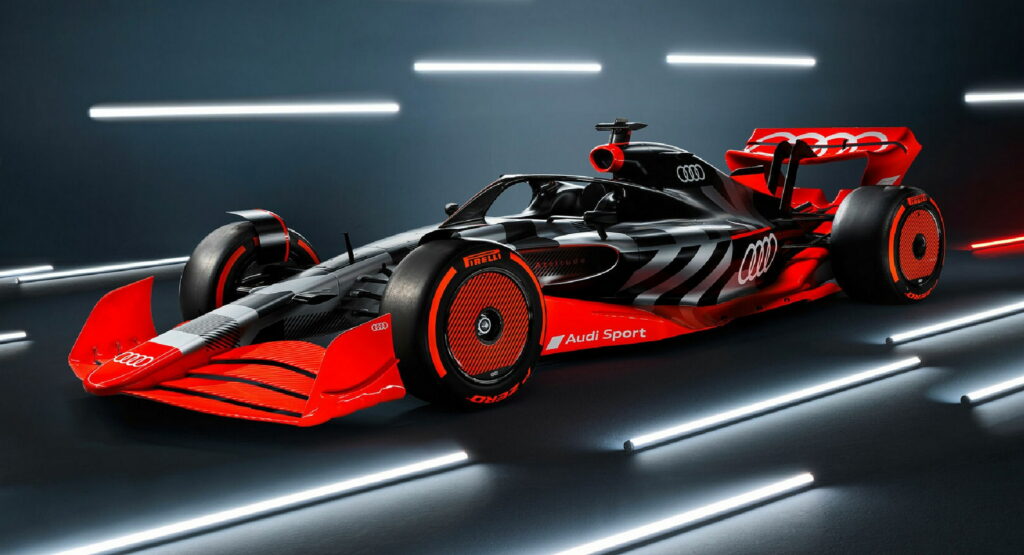 Last May, the VW Group confirmed that both Audi and Porsche will join the Formula 1 championship taking advantage of the forthcoming change in regulations for the 2026 season, but we didn’t expect to see any visuals in such an early stage. Today, Audi Sport surprised us by revealing a single-seater concept, alongside an official announcement about their F1 entry giving us an insight on the development of the hybrid powertrain. Audi will reveal which F1 team they will be lining up with by the end of the year.

Starting with the concept, it is a mockup to showcase the “launch livery”, since the design of the single-seaters for the 2026 season is not yet finalized. It is painted in the colors of Audi Sport with red, black, silver, and white graphics, featuring the four-rings emblem on the swan-neck rear wing. The extensive aero looks similar to the single-seaters from the current season with a neatly integrated halo and Pirelli tires. According to the description, “The vehicle shown is a concept vehicle that is not available as a production model”, making it clear that it won’t be turning its wheels in anger.

More importantly, Audi’s announcement included some new information about the F1 entry. The new hybrid powertrain for the racecar will be developed by Audi Sport in a facilities in Neuburg a der Donau, Germany which is near the Ingolstadt headquarters. Ex-FIA engineer Adam Baker will be the CEO of the new entity to be created for Audi’s F1 project. As revealed by Oliver Hoffman, member of the board who is responsible for technical development, there will be a close link between the Formula 1 project and Audi AG’s Technical Development department, enabling synergies.

Besides relying heavily on electrification, the new powertrain will also use sustainable fuels on the road to F1 becoming a carbon-neutral sport by 2030. The unit will comprise an electric motor, battery, control electronics, and a turbocharged 1.6-liter engine. The combustion engine will produce close to 536 hp (400 kW / 544 PS), with the electric motor being “nearly as powerful”. Audi Sport must comply with the cost cap for power unit manufacturers that will be introduced in 2023, in addition to the existing cost cap for F1 teams. This new rule makes it easier for companies to enter F1 by lowering the associated R&D costs. 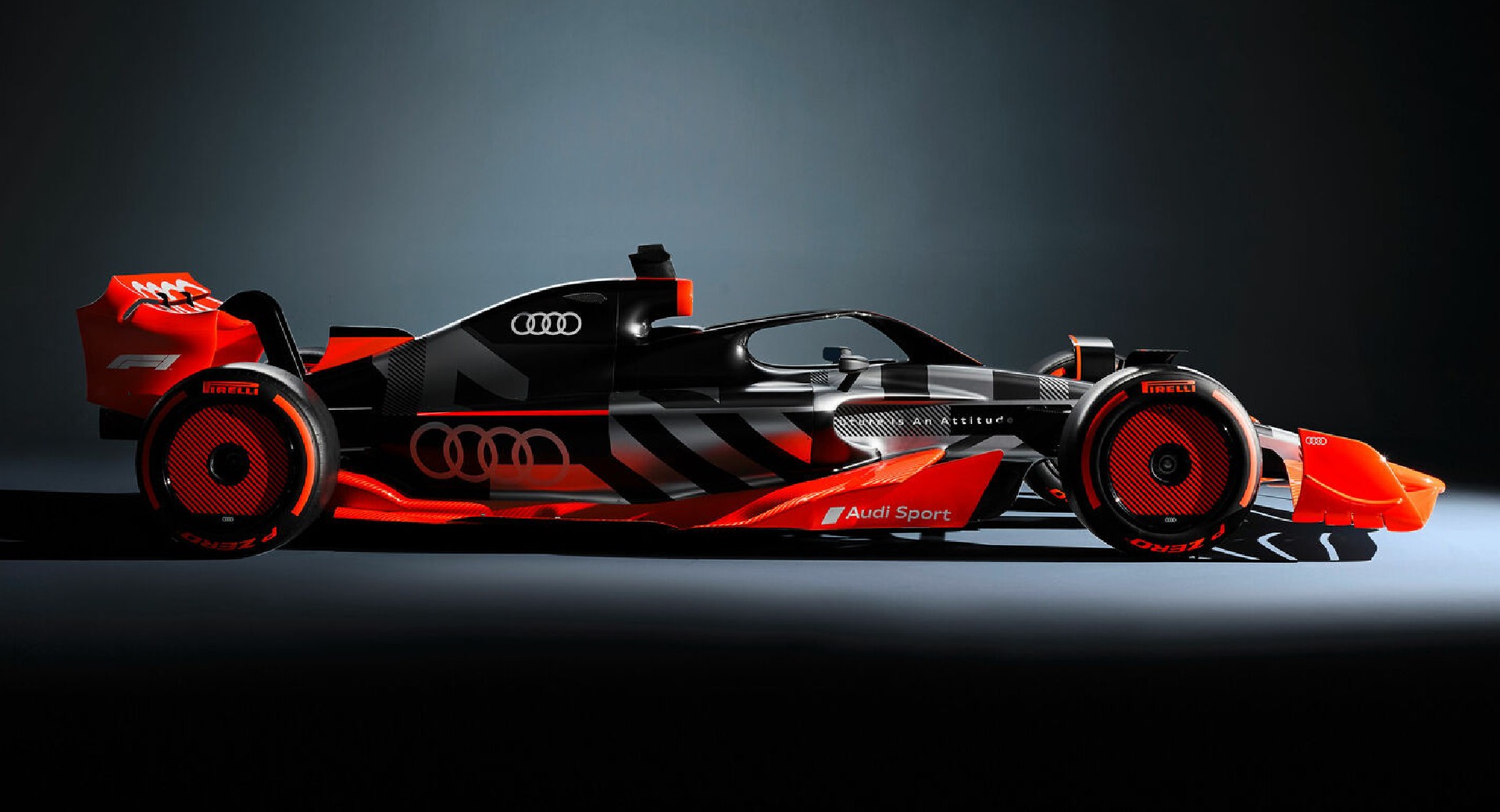 During the press conference at the Formula 1 Belgian Grand Prix at Spa-Francorchamps, Markus Duesmann, Chairman of the board of management of Audi AG, said: “Motorsport is an integral part of Audi’s DNA. Formula 1 is both a global stage for our brand and a highly challenging development laboratory. The combination of high performance and competition is always a driver of innovation and technology transfer in our industry. With the new rules, now is the right time for us to get involved. After all, Formula 1 and Audi both pursue clear sustainability goals”.

Finally, Audi announced the restructuring of its motorsport department with Rolf Michl replacing Julius Seebach as the CEO of Audi Sport starting from September 1. Michl is being promoted from his former role as Chief Operating Officer, while Seebach, who was in this position since 2020, will move to a “new strategic business area in Technical Development”.

According to the latest reports, Audi is rumored to be in talks with Sauber, following a change of plans after the deal with McLaren broke down, while Porsche is planning on buying a 50 percent stake in Red Bull Racing. We will see if those rumors are true before the end of 2022 when Audi Sport will make an official announcement about its new partner. After dropping out of Formula E and LMDh, Audi Sport is now focusing on their successful Rally Dakar entry and their ambitious F1 project.