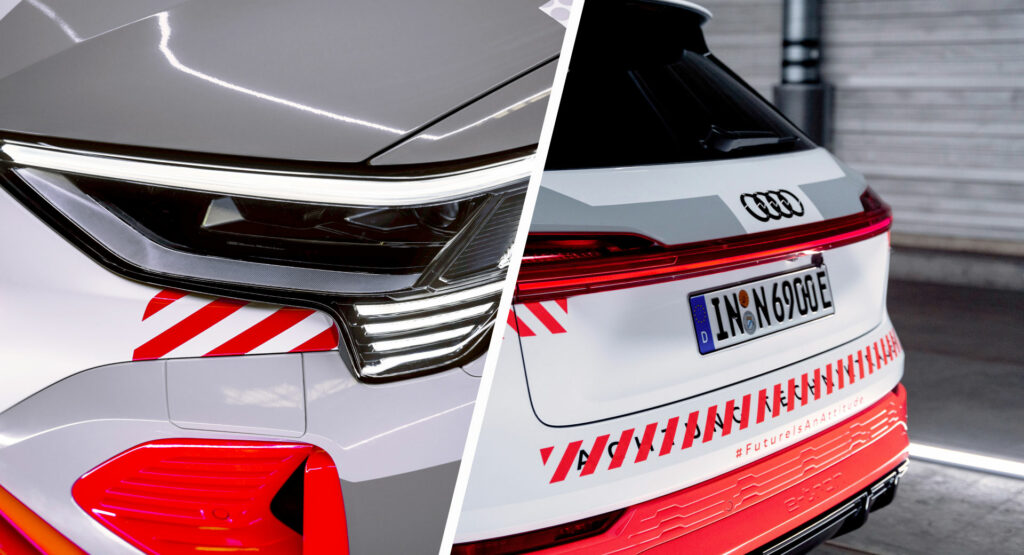 Audi is gearing up to unveil a new e-tron prototype on September 23rd.

Set to debut at the E-Cannonball in Hamburg, the model appears to be based on the facelifted e-tron that has been undergoing testing for months.

While that remains unconfirmed, the company released an assortment of teaser images that suggest this may be the case. In particular, we can see what appears to be lightly revised headlights in a teaser that promises “new lighting innovations.”

Spotlight on the #Audi e-tron – a real electric pioneer. Now a new challenger is part of the starting grid at the #ecannonball 2022 and features new lighting innovations. Stay tuned for more.#FutureIsAnAttitude #prototype #ecb #ecb22 #FeelTheEnergy pic.twitter.com/3CeEoCB9Ym

The modest updates continue out back as there’s a revised bumper with new “e-tron” debossing. Elsewhere, we can see what appears to be a modified diffuser and updated taillights.

While Audi acknowledged they’re holding “some secrets close to its chest,” the company teased the facelifted e-tron earlier this year and the model has been spied numerous times since then. Styling changes are slated to be relatively minor, but the biggest will be the addition of a mesh grille that replaces the current fully enclosed unit.

Of course, if the prototype is indeed based on the facelifted e-tron, we should learn more tomorrow.