BMW today announced that one lucky Australian customer will be allowed to buy a right-hand-drive version of The 8 x JEFF KOONS that was created by renowned American pop artist Jeff Koons.

A special art car version of the M850i xDrive Gran Coupe, the model is limited to just 99 examples worldwide. It was unveiled at the Frieze Los Angeles in February and features an expressively painted exterior.

Not a wrap but a special paint finish that combines 11 different colors and comic book-style images designed by Koons, the patterns were chosen specifically to highlight the intricate contours and shape of the 8 Series Gran Coupe. 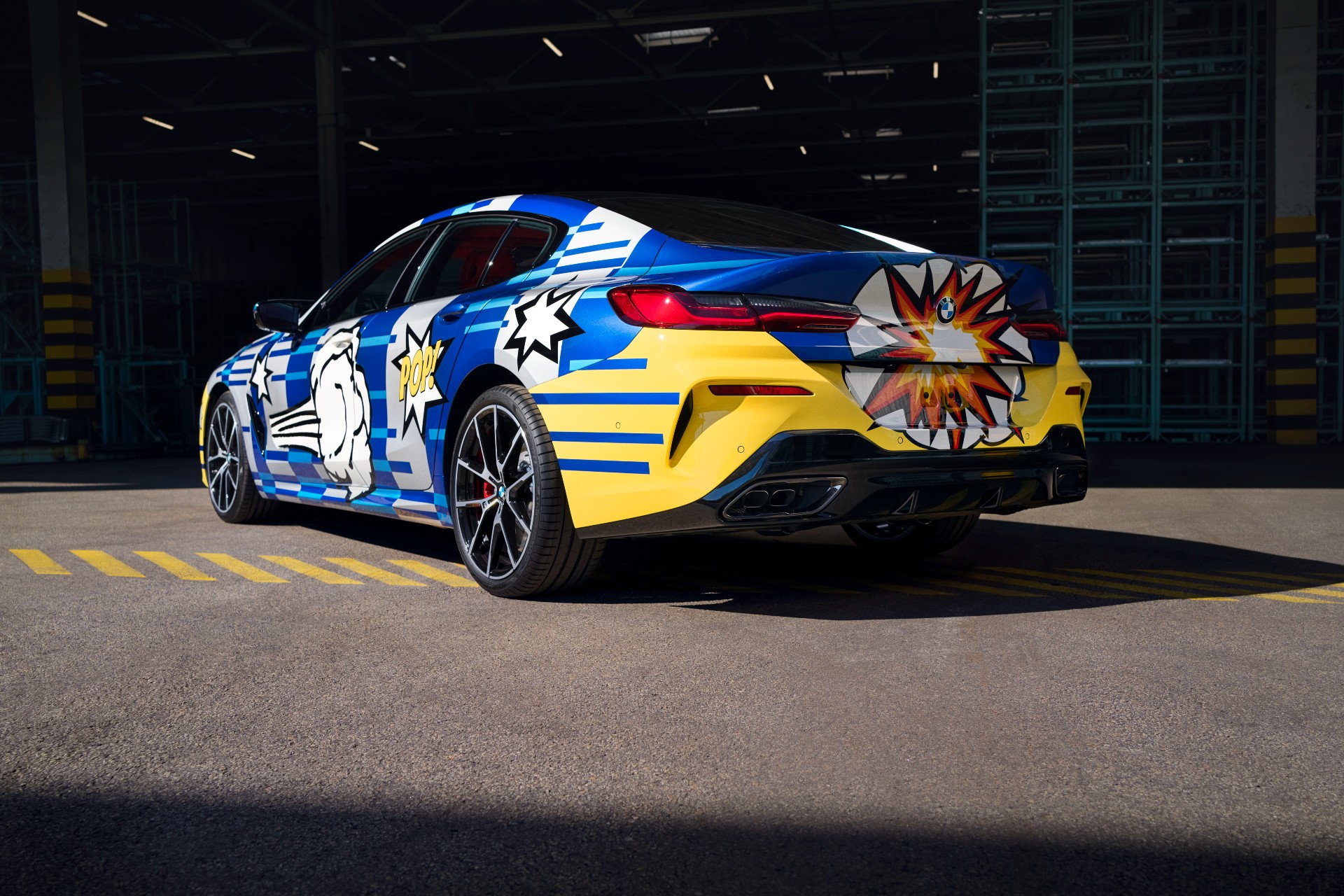 The car is an homage to Koons’ 2010 BMW M3 GT2 Art Car, a one-off that’s part a longstanding series of art cars commissioned by the automaker. The “POP!” on each side as well as the thrusting vapor design symbolize the power and speed of the car, according to the artist.

Each car takes 285 hours of manual work to complete at BMW’s plants in Dingolfing and Landshut. The process is so precise that color samples are often applied with magnifying glasses, the automaker reports. All of which means that the automaker can build just four of these special edition cars per week. Indeed, the creation of the paint scheme was the months of discussions between Koons and BMW’s engineering and design teams.

Besides being art pieces, the cars are also very highly trimmed examples of the M850i xDrive, meaning that they’re pretty comfortable, too. Each features a cup holder lid with edition badging and the artist’s signature.

Pricing for the single example headed Australia’s way has not yet been announced but, in America, the car costs $350,000.