DeLorean’s first new car for 40 years is an all-electric rival for the Porsche Taycan called the Alpha5. But if you’d prefer your new DeLorean to be more like the old one, then this frozen-in-time DMC-12 could be in your future.

Like almost every factory-spec DMC-12 this one has the stock brushed aluminum panels and turbine wheels, in this case matched to a rather anemic gray leather interior – John Z clearly hadn’t grasped the concept (and profit opportunities) of automotive personalization despite having worked for years at GM. It has the federal-tune catalyst-equipped 130 hp (132 PS) version of the 2.85-liter PRV V6 engine rather than the 154 hp (156 PS) variety fitted to the handful of cars that stayed in Europe, but it does have the desirable five-speed manual transmission.

It also has the 85 mph (137 km/h) speedometer mandated in the U.S. at the time, so you can’t really be sure exactly when you’ve hit 88, but period tests confirmed it was good for that and more. Car & Driver put the top speed at 120 mph (193 km/h), though the 9.5-second zero to 60 mph (96 km/h) time isn’t going to leave two streaks of fire at any stoplights without some Hollywood CGI help. 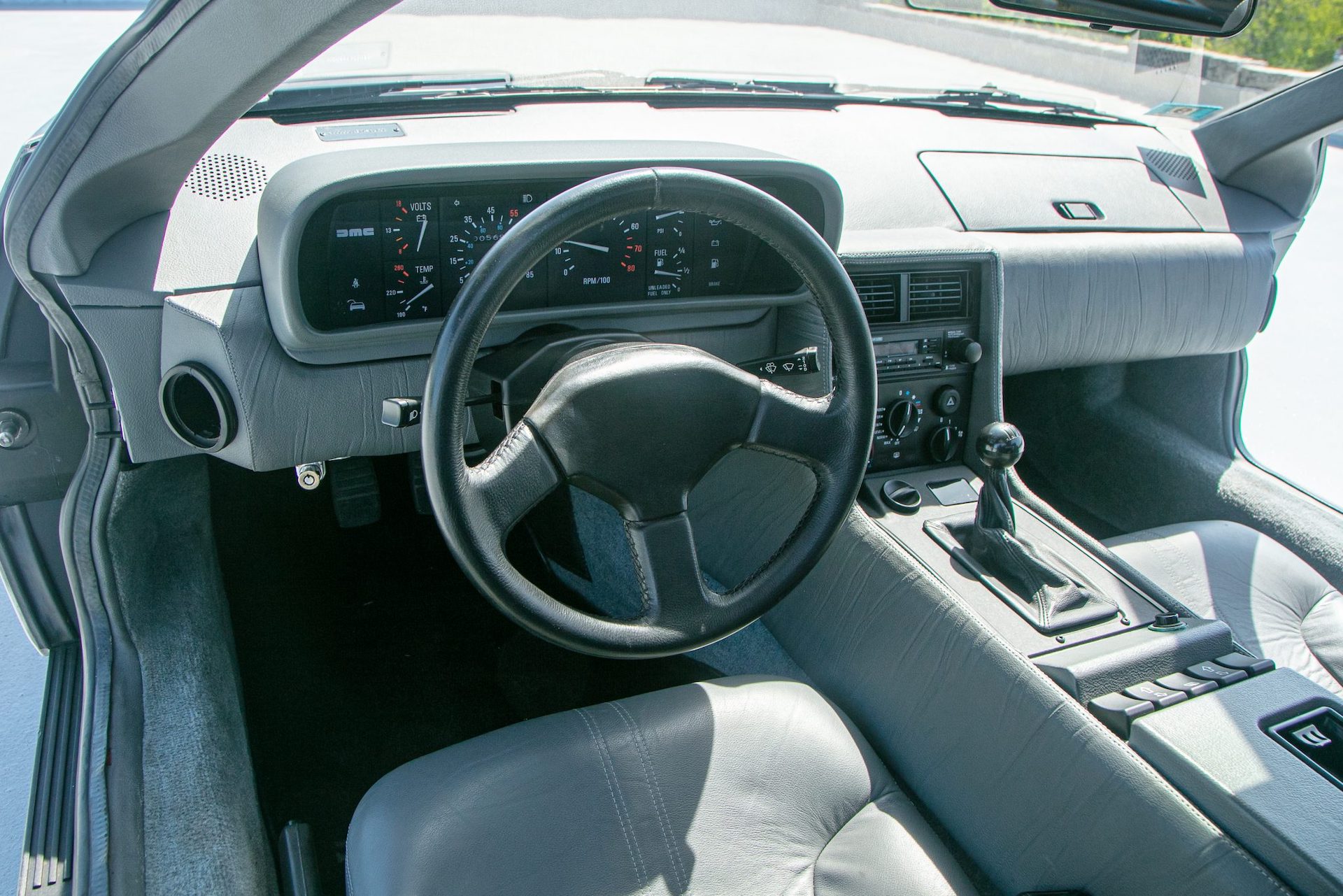 The Bring-a-Trailer ad says the car was serviced in April of this year when it received a new fuel distributor assembly, warmup regulator, spark plugs, injectors, battery, fuel pump assembly and brake master cylinder, none of which evidently enjoyed sitting idle for four decades. With those fixes now done the DMC-12 should be good to go, though it’s unlikely anyone is going to pile too many miles on such a low mileage car.

With six days to go at the time of writing bidding was already up to $51,000, so it’s safe to assume this car is going to sell for strong money. Do you think it will reach the $175,000 the current DeLorean company is rumored to have in mind for the four-seat Alpha5, and which would you want in your garage?