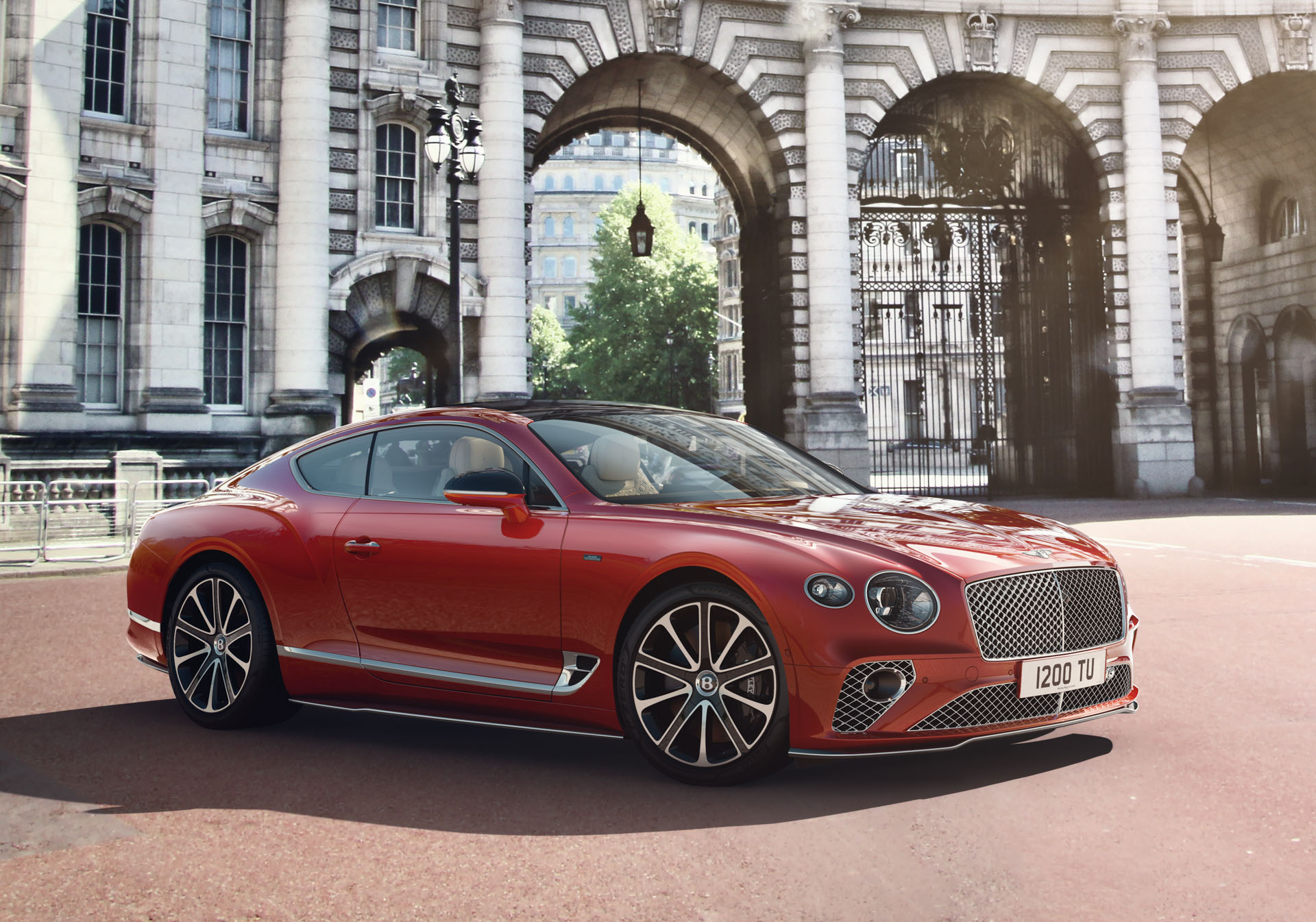 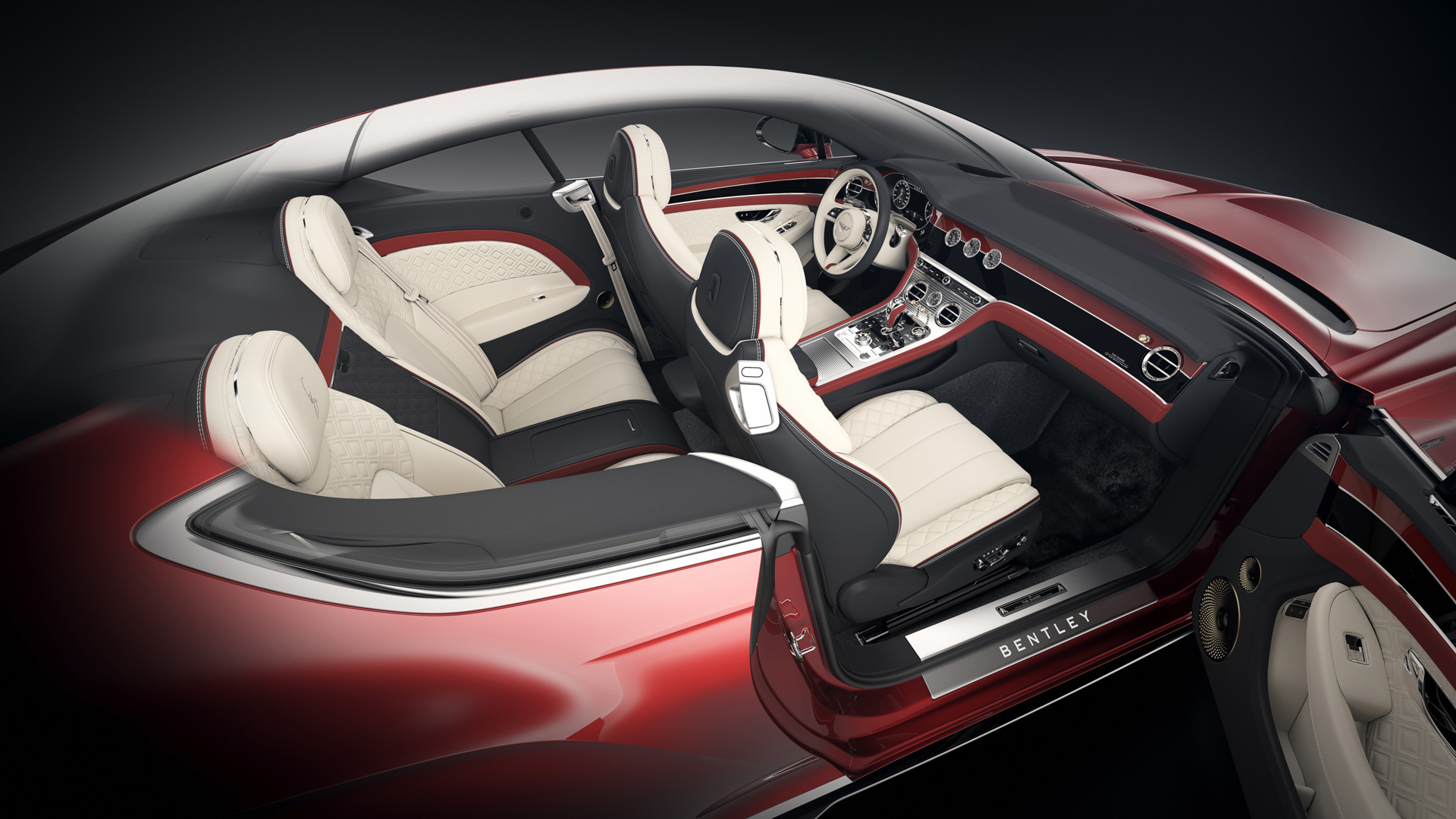 First up is “The Guard”, a pearlescent red Continental GT with a contrasting roof that riffs on the famous Royal Guards with the daft bearskin hats. On the outside you get black 21-inch 10-spoke wheels with a machined finish, a carbon splitter, sill extensions, diffuser and trunk-lid spoiler.

Meanwhile, on the other side of the doors the special GT features a three-tone interior with Beluga lambswool rugs and veneers finished in Piano Hotspur over Piano Black. The finishing touches are “The Guard” graphics, plus gold-colored interior details that mimic the real guards’ tunic buttons. 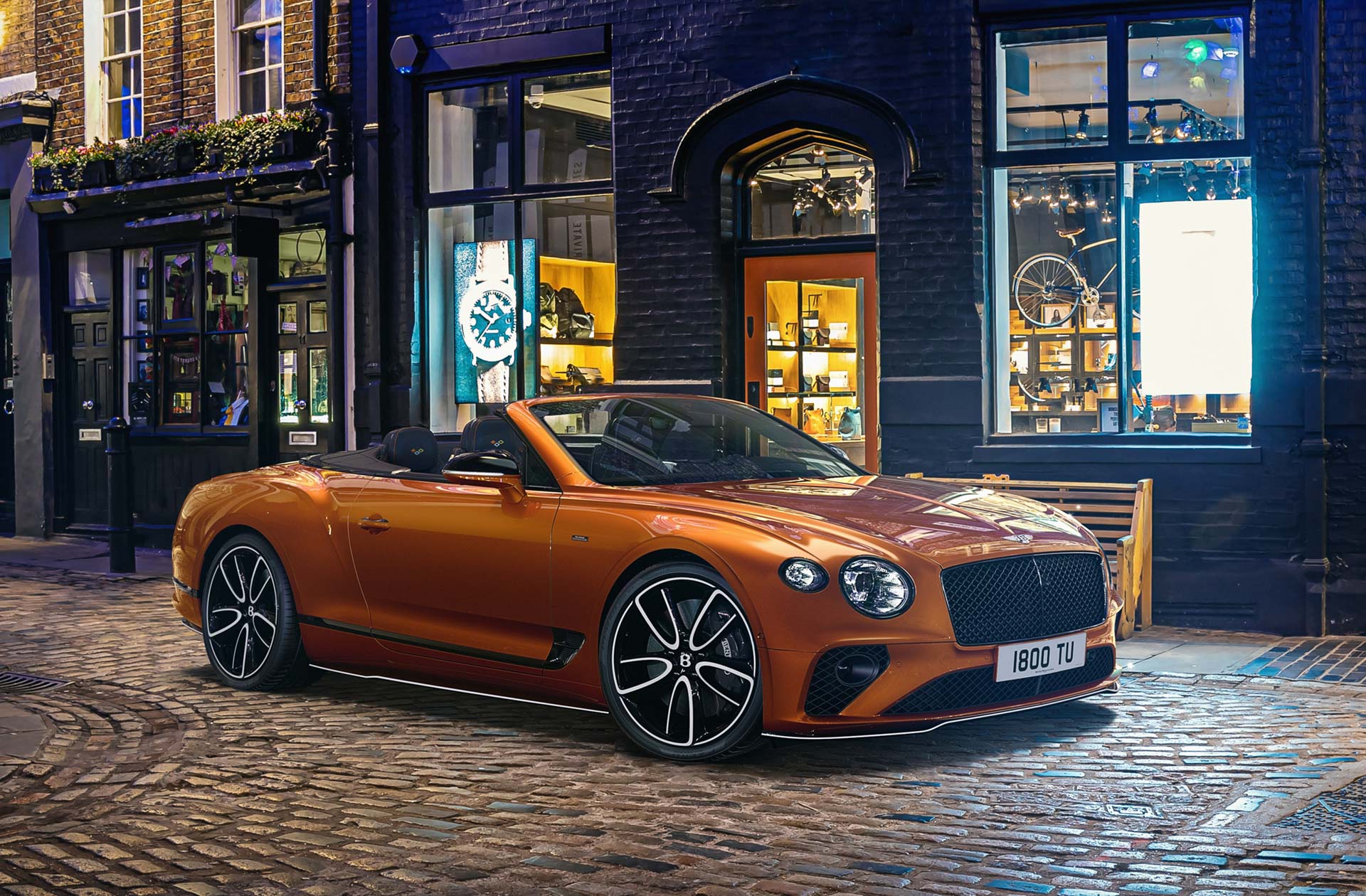 Less buttoned-up is “The Carnaby”, a Continental GTC that takes its lead from London’s lively Carnaby Street. This time you get a choice of four colors (Radium, Jetstream II, Orange Flame and Onyx), huge 22-inch black and white wheels and a matching white pinstripe. 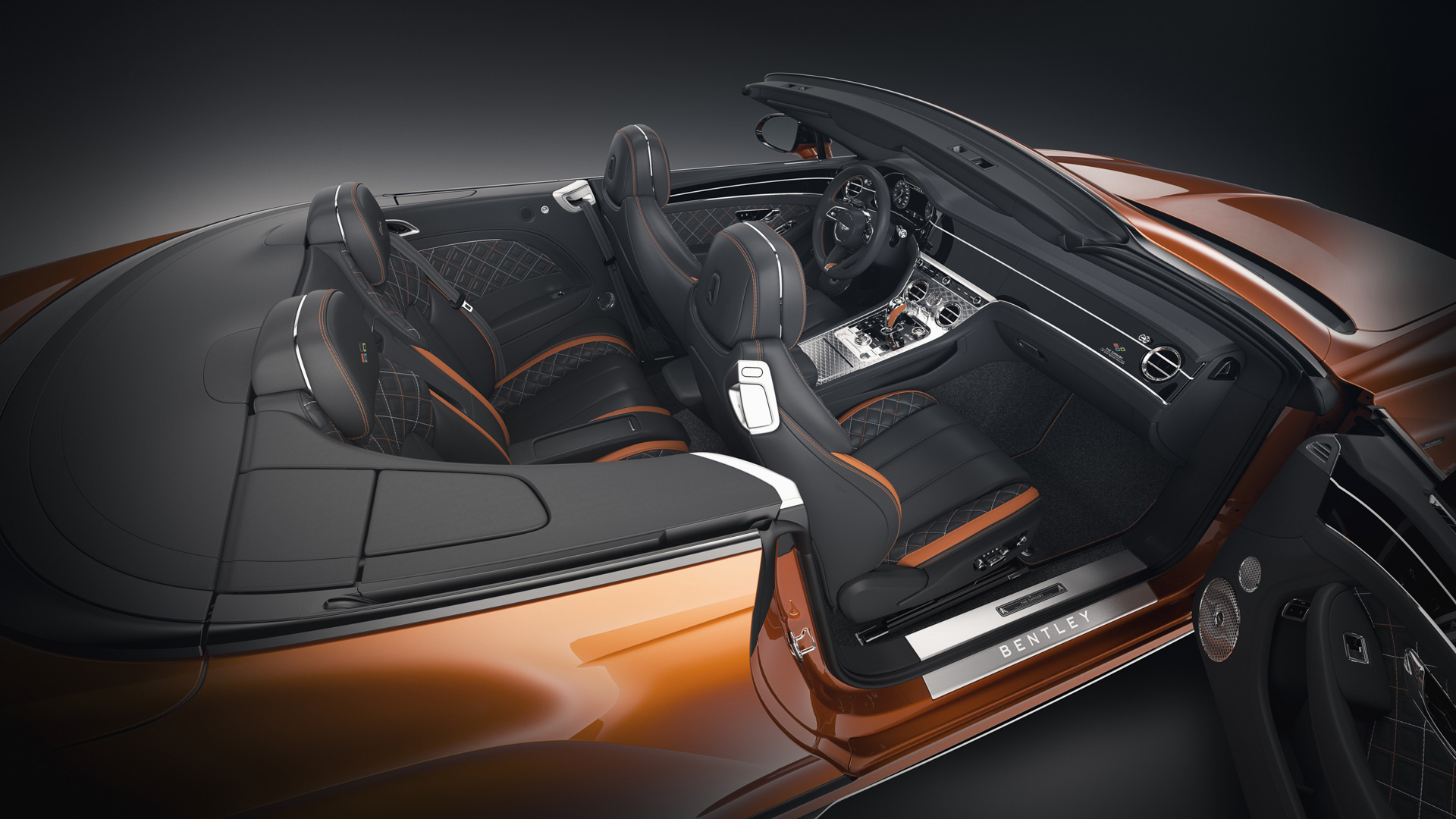 The GTC’s cabin sets Bentley’s Beluga leather off with Radium and Silver accents, and features a bright diamond motif on the passenger side of the dashboard and on the console, which also has dark brushed aluminum inserts. 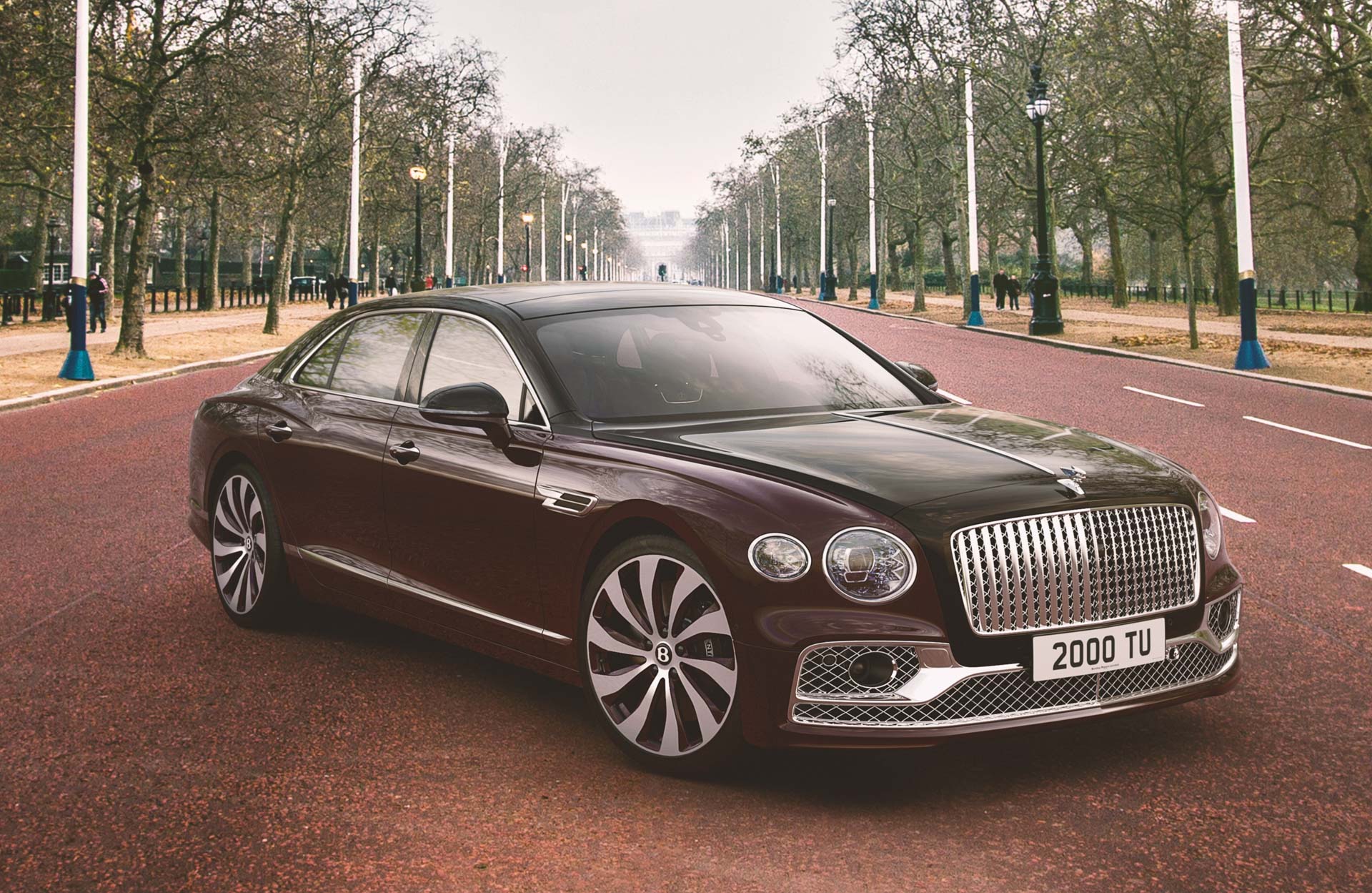 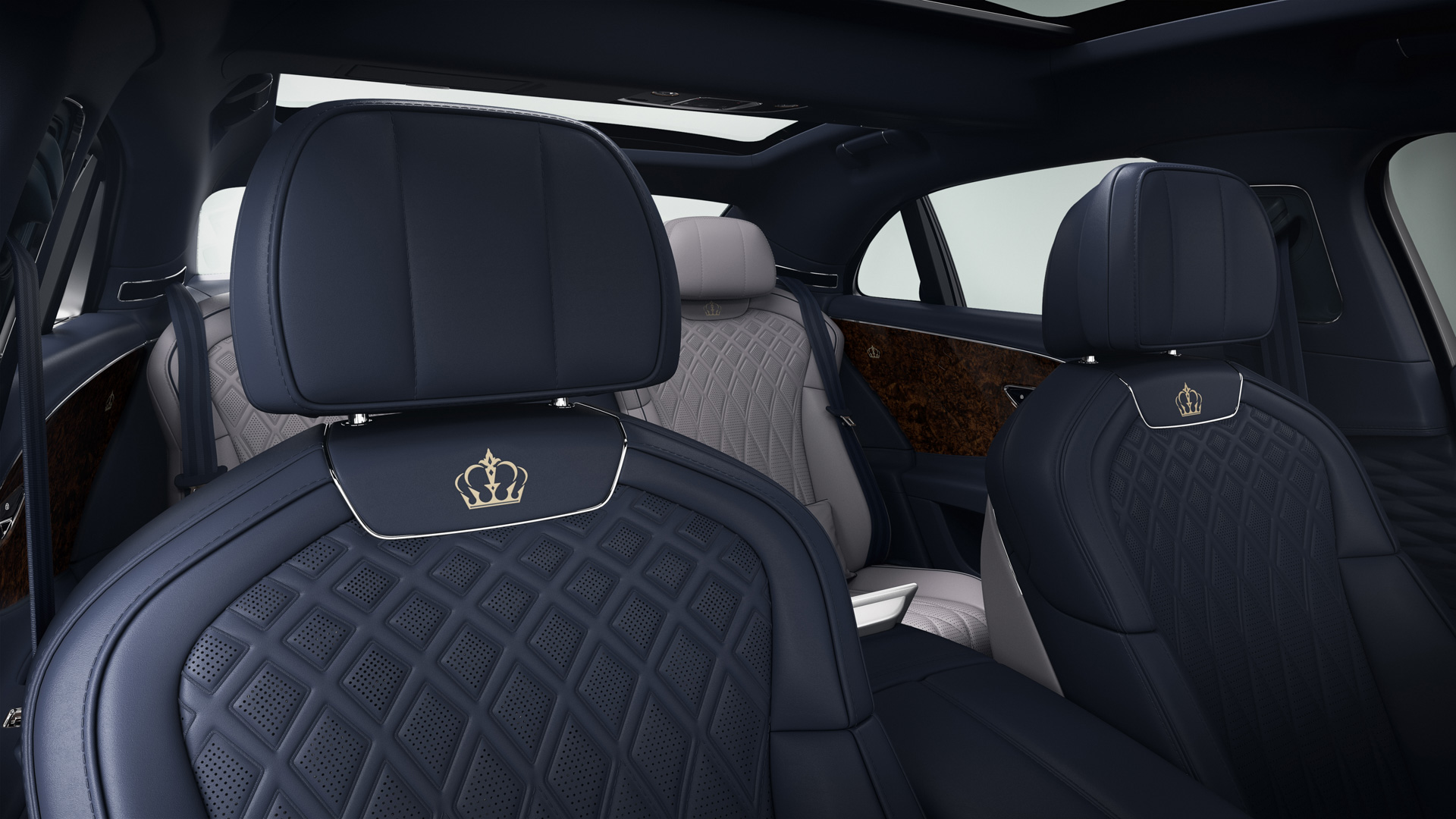 Representing the Flying Spur sedan is The Pall Mall, which Bentley says is a homage to the freaky-looking State Limousine the company delivered to Her Majesty The Queen on her Golden Jubilee in 2022. Decked out in Beluga paint over Claret and rolling on 22-inch wheels also coated in Claret, it’s unlikely to suit the tastes of anyone born this side of the D-Day landings, and the crown motifs look pretty cheesy.

But the Imperial and Baroda Blue interior looks more contemporary than the exterior, and the mix of open pore- and the quality of the high-gloss burr walnut wood trims is guaranteed to blow you away. 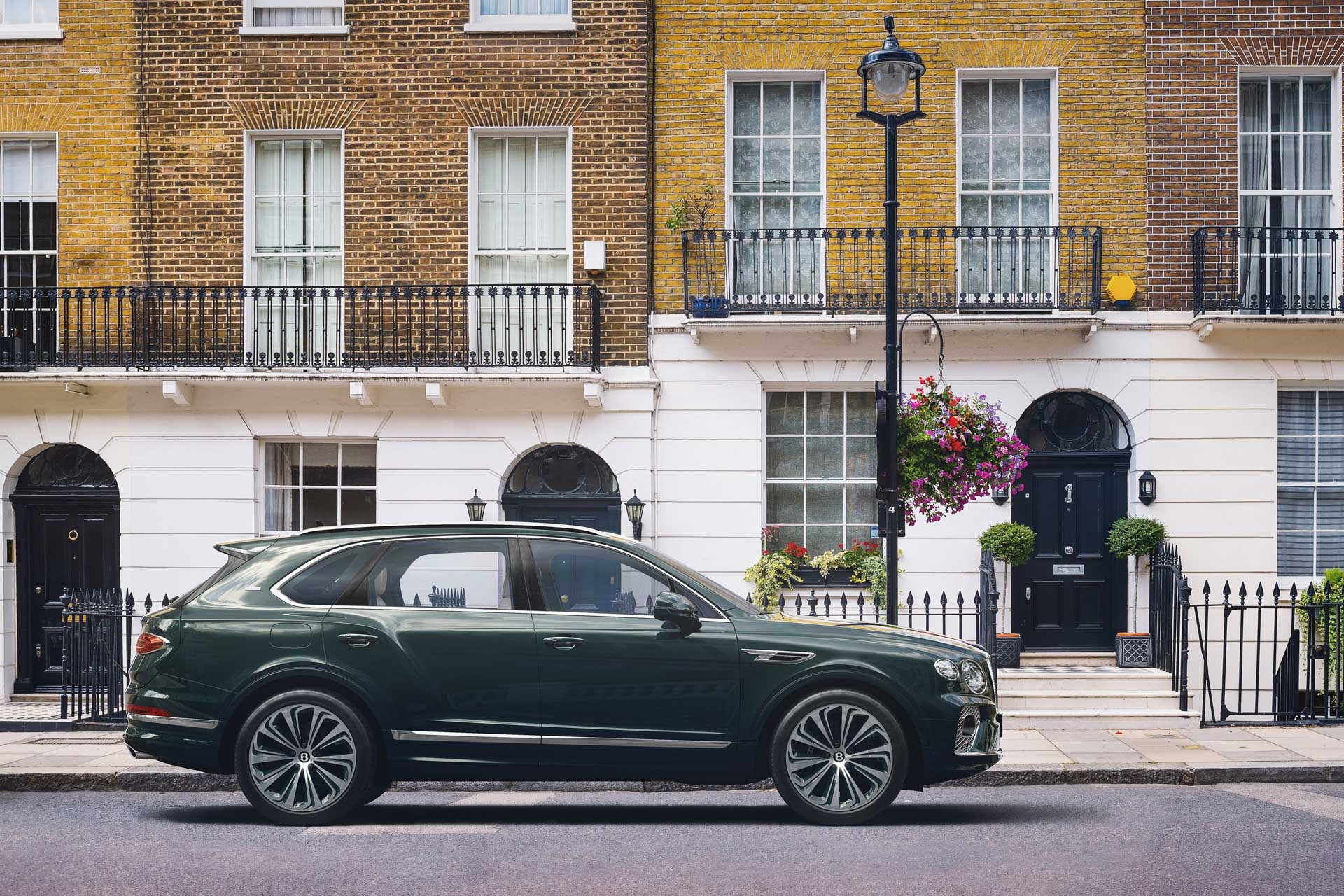 The final car in the collection is a modded Bentayga SUV that gets its inspiration from London’s tailoring hub, Saville Row. Like the Pall Mall Spur, the Saville Row’s arches are stuffed full of 22-inch rims, though this time they’re finished in Cumbrian Green to match the bodywork. 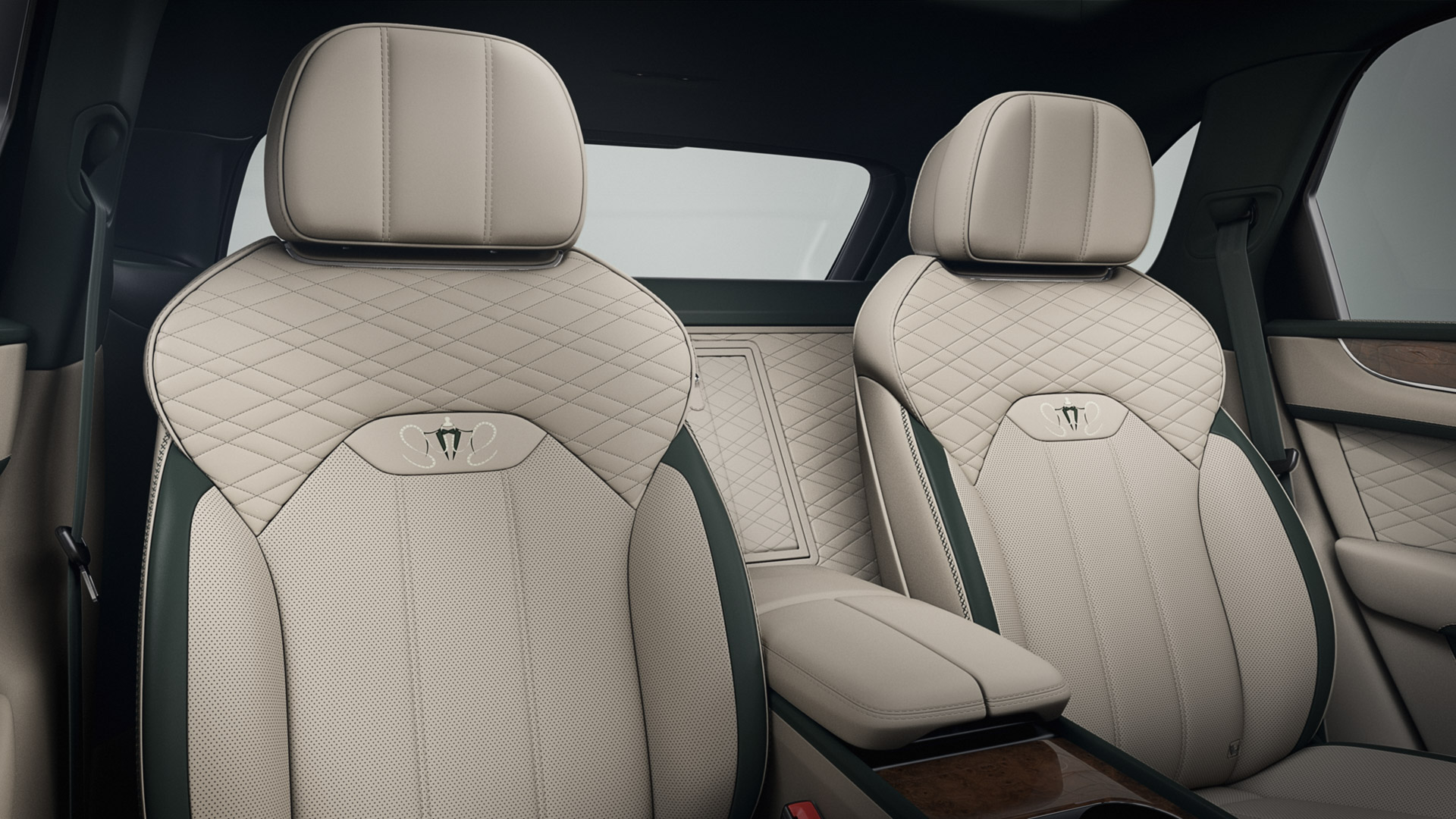 Inside, you’ll find a four-seat setup, the upholstery a mix of Cumbrian Green and Portland hides with discrete contrast stitching, and displaying a suit and bow tie motif stitched into the headrests. And here the Mulliner team swaps the Flying Spur’s burr walnut for burr elm veneer, the first time this wood has been used on a modern Bentley, the company says.

Personally, we’d skip the weird colors and questionable stitched graphics and spec our hypothetical Mulliner Bentleys quite differently. But these 80 cars were designed specifically with the Chinese market in mind and won’t be sold elsewhere.