Bentley previously said it was choosing to focus on electrifying its Continental range rather than producing extreme high performance variants to sit above the Speed, and these shots of a Continental GT hybrid prove it’s sticking to that plan.

Bentley will launch its first all-electric car in 2025, and by 2030 will only sell electric models, but between now and the end of the decade it will also roll out hybrid versions of its existing cars, including the Conti coupe.

Carmakers love trying to throw us off the scent when they’re testing new model prototypes, and not just by covering over badges and grilles. You’ve probably seen shots of test cars from one company dressed up to look like they’re from an entirely unrelated brand. This GT is wearing no disguise at all, however, and all of its badges are in place and uncovered, including the “12” badge at the base of the front fender, between the front wheel and driver’s door.

That would normally indicate the presence of a W12 engine under the hood in place of the V8 fitted to less expensive models, but in this case we think it might be telling porkies. The yellow safety sticker on the rear glass confirm it’s running a hybrid drivetrain but it’s very unlikely that Bentley is working on a hybrid version of its W12. 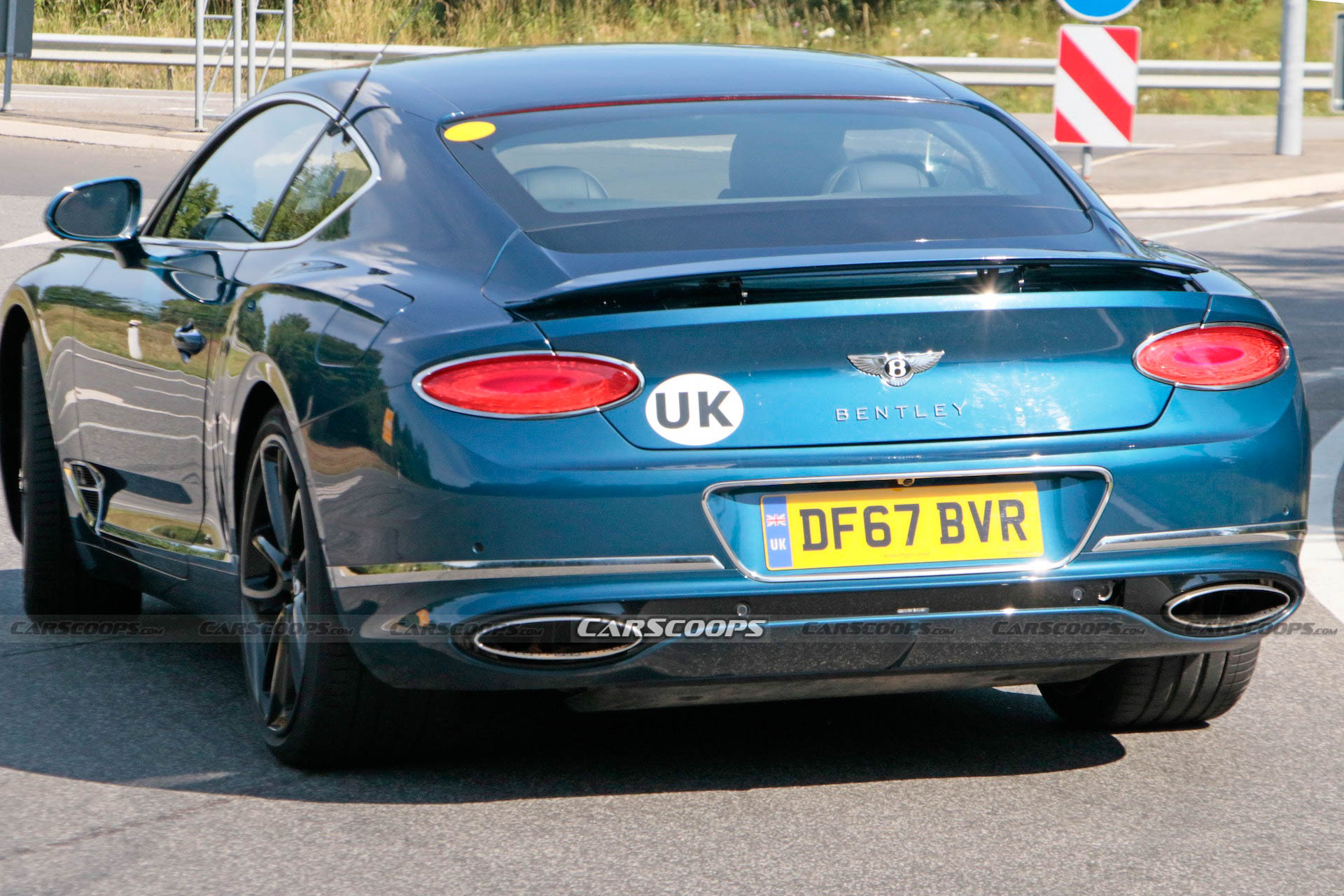 More believable is the idea that the Conti PHEV will get a version of the 3.0-liter V6 hybrid powertrain already fitted to the Bentayga SUV and Flying Spur sedan. That combines 335 hp (340 PS) of combustion power and 126 hp (128 PS) of electric muscle for a total of 443 hp (449 PS).

But since those numbers aren’t exactly huge in the context of 600-horsepower rivals from BMW and Mercedes, it’s likely that Bentley is looking to leverage its access to the VW Group parts bin and is developing a hybrid V8 package. Sister company Porsche’s Panamera Turbo S E-Hybrid serves up 690 hp (700 PS), accelerates to 62 mph (100 km/h) in 3.2 seconds, and can reach 196 mph (315 km/h), and those numbers sound like the kind of figures Bentley will (or should) be aiming for.

There’s no hint about when we might see the Continental GT PHEV, or whether its electric driving range will match the 70 miles (113 km) offered by recent luxury hybrids like the Mercedes S-Class 580e and Range Rover, or at least improve on the comparatively pathetic 25 miles (40 km) WLTP range of the Bentayga hybrid. But Bentley admitted last year that its Continental customers were already asking for something that could drive in the city on electric power, so we’re unlikely to have much longer to wait to see the result.