The much-anticipated M3 Touring is joining the BMW M’s 50th-anniversary activities at the Goodwood Festival of Speed dressed as the new MotoGP Safety Car. The special vehicle will tackle the hill climb, alongside the production-spec M3 Touring.

The M3 Touring with an impressive 7:35.060 lap record at the Nürburgring is a fitting choice for the safety car role, thanks to its performance credentials and the practicality of the massive boot that can hold up to 53.3 cubic feet (1,510 litres) of luggage. 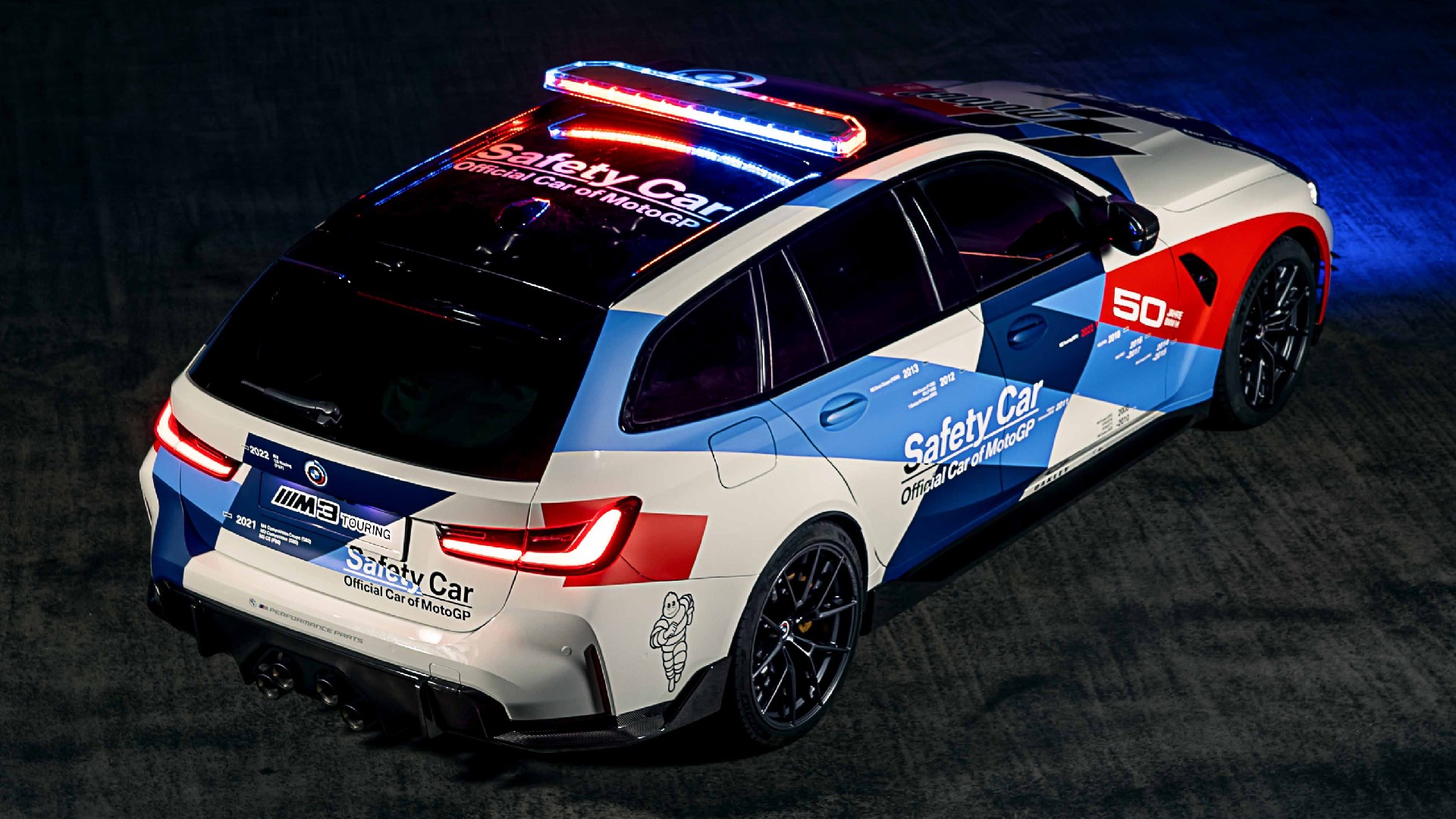 The model received the full Safety Car treatment including roof lights, additional LEDs on the grille, all of the carbon-fiber bits from the M Performance parts list, plus a special livery. The latter combines blue, teal, and red graphics on a white body, and features the “50 years of BMW M” emblem alongside the names of all BMW safety cars from 1999 to date. Inside the cabin, the M3 Touring MotoGP Safety Car got a pair of Recaro race seats with a four-point harness, a fuel extraction system, a safety cross beam, and the necessary equipment. 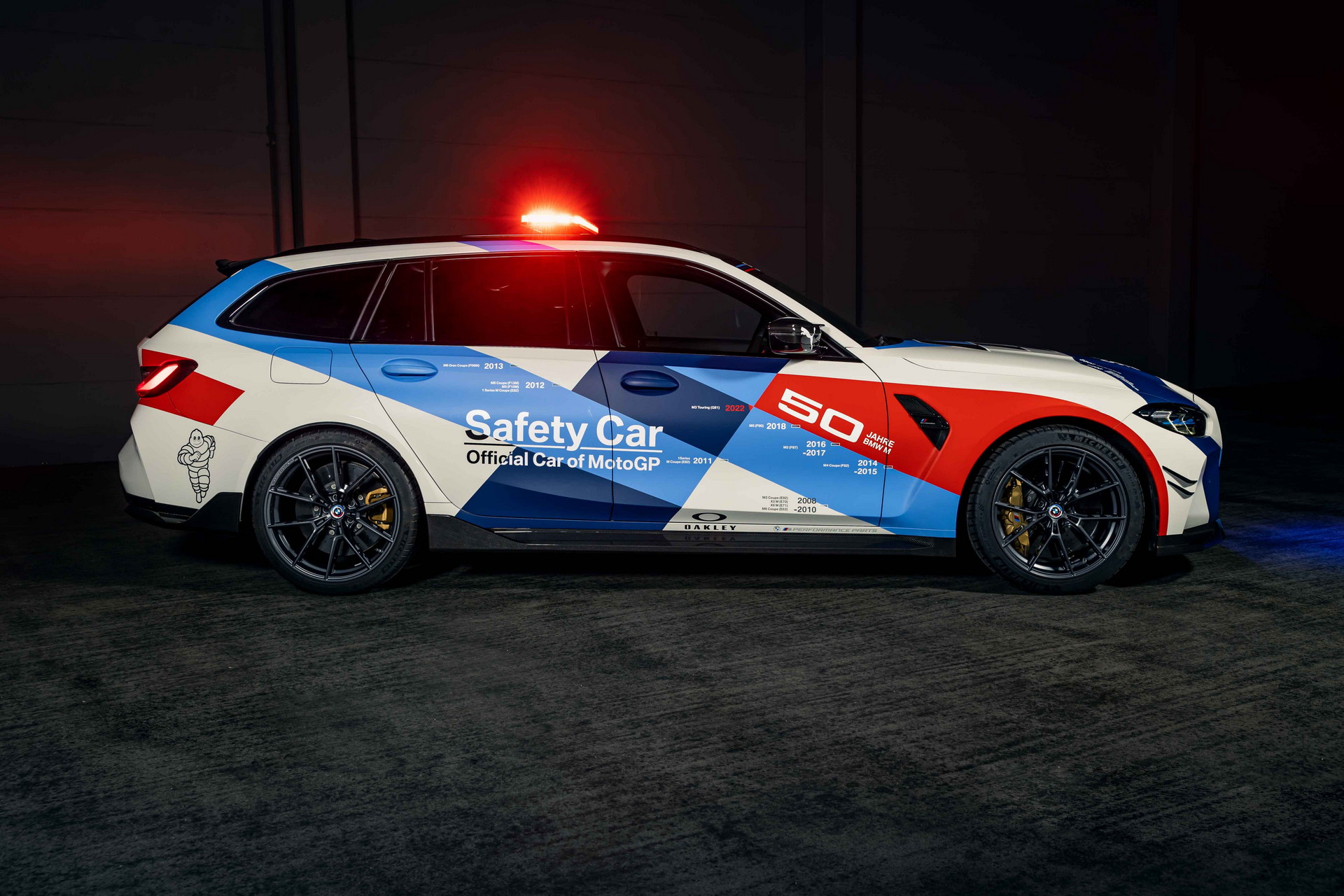 Following its premiere at Goodwood, the BMW M3 Touring MotoGP Safety Car will make its first race appearance at the British Grand Prix in Silverstone this August, leading the pack of racing bikes.

BMW M is the official partner of MotoGP, providing safety cars since 1999. The latest fleet that will be joined by the brand-new M3 Touring comprises the M2 CS Racing, the M3 Sedan and M4 Coupe, the M5 CS, and two BMW M 1000 RR Safety Bikes. As for the MotoE World Cup, BMW has chosen the i4 M50 Safety Car in line with the zero-emission nature of the racing bikes.