BMW has released three teaser images of the new M4-based 3.0 CSL Hommage that it will soon introduce.

There have been rumors circling about this new model for more than 12 months but this is our first chance to see the car in the flesh. While it is bathed in a complex wrap showcasing some of the finest BMW M cars produced in recent decades, we can still see a plethora of modifications that have been made to it.

When viewed from the front, we can see that BMW’s designers have done the unthinkable and actually reduced the size of the M4’s massive kidney grilles. Not only are they smaller but the shape has been refined and they sport a new black mesh. The new model also features a revised front bumper and includes circular air intakes where you would ordinarily expect to find fog lights. 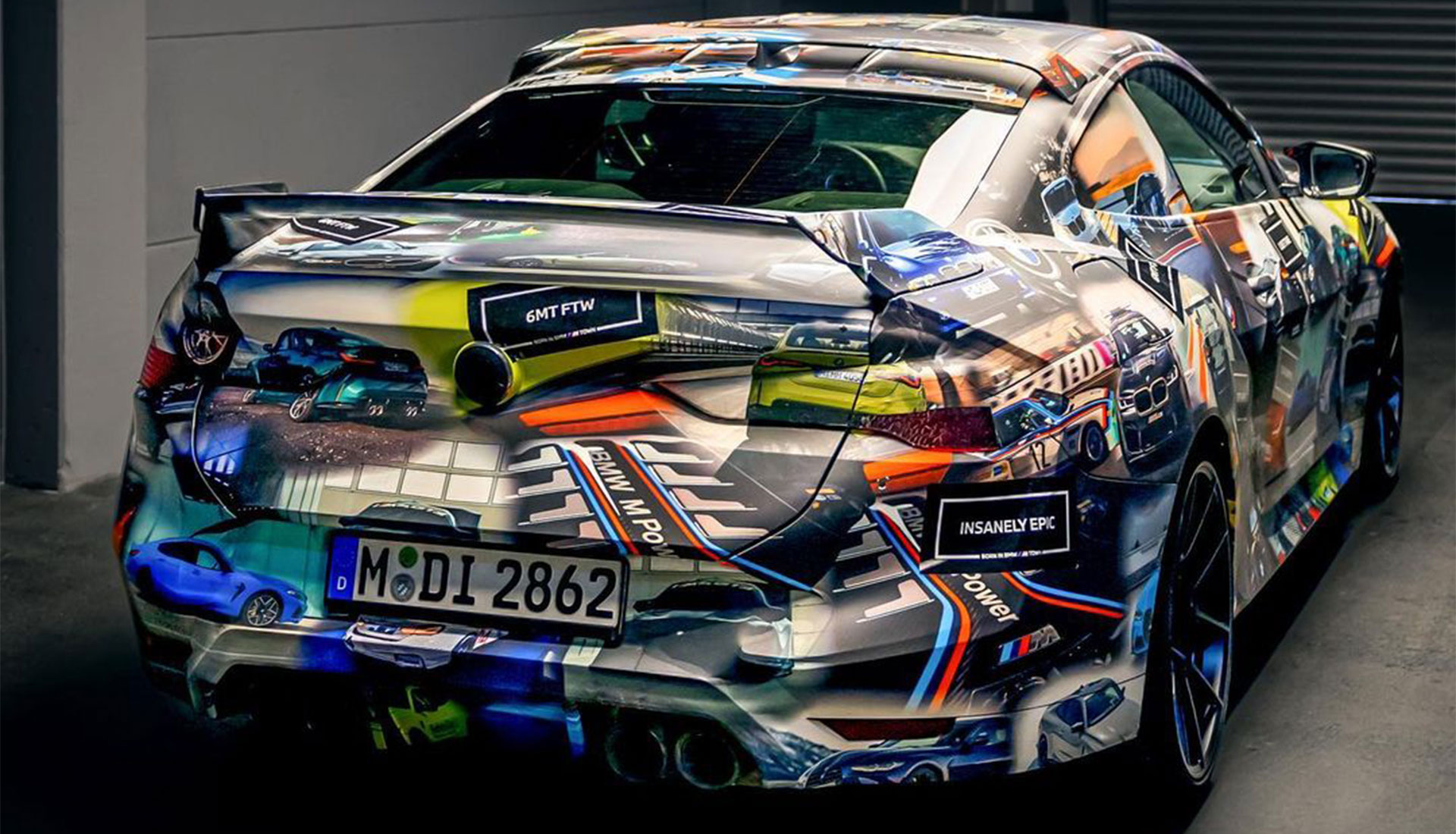 A second teaser shows the car from the rear three-quarter. While it may take you a couple of moments to spot it, you’ll notice that the rear wheel arches have been flared, adding some width to the car. Much like the original 3.0 CSL, the new M4-based model has a spoiler mounted to the roof as well as a fixed rear wing with uprights neatly incorporated into the wheel arches.

Technical specifications about the car remain unclear but speculation has been rife about what changes have been made under the skin. One report from Bimmer Post indicates that the car will be called the 3.0 CSL and that it will feature a tuned version of the M4’s 3.0-liter twin-turbo inline-six, tuned to produce 560 hp. Unlike the recently-introduced M4 CSL, it may be sold exclusively with a six-speed manual transmission.

It is also claimed that BMW will equip the new model with unique forged 20-inch front and 21-inch rear wheels and delete features such as parking sensors, keyless entry and electric seats, meaning it will likely have the same bucket seats as the M4 CSL.

Production of the new car will apparently start in November and last just a few months. Reports suggest it will not be available in the U.S.