BMW is on track to launch the 2024 5-Series next year, a car we expect to look much like the current car because it isn’t borrowing the split-headlight design of the 7-Series and X7. But one familiar feature from the 2022 machine that might be missing on its G60-code replacement is a V8 engine.

While the next M5 will retain its 4.4-liter V8 but augment it with hybrid assistance for a rumored 750+ hp (760 PS) output, reports suggest its also-V8 M550i xDrive little brother will be killed off and replaced by an M560e xDrive running an entirely different drivetrain.

The M760e can reach 62 mph (100 km/h) in 4.3 seconds, but the smaller, lighter M560e would improve on those numbers, and hopefully also improve on the 3.8 seconds (0-60 mph in 3.6) needed by today’s M550i, which was critically acclaimed by test drivers at its launch. And that curb weight advantage should also mean an M560e would be able to match the M760e’s 50-mile (82 km) electric driving range even if there’s not enough room in the chassis to cram in the full 18.7 kWh of battery found in the 7-Series. 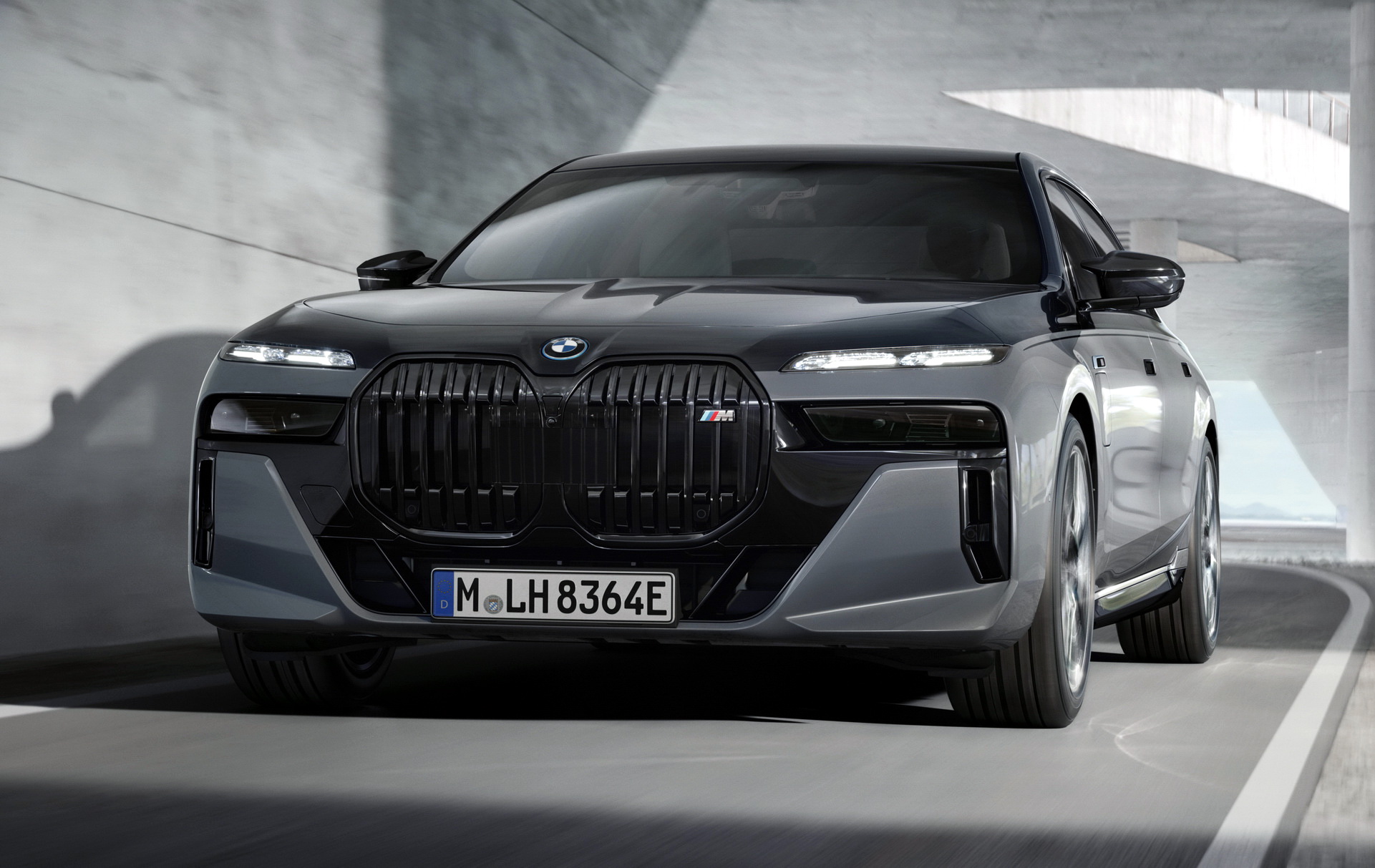 BMW hasn’t confirmed the reported shake-up, and since it also offers a plain gas-powered non-M 760i with the same 4.4-liter V8 currently fitted to the M550i it’s not beyond the realms of possibility that it could carry that motor over. But when even the M5 is going down the hybrid route, and the M760e has already established the six-cylinder-hybrid format for second-tier M sedans, the BMW Blog report seems highly believable.

BMW introduced V8 power to the E34 5-Series line in 1992 and V8s have been part of the lineup for 30 years. Will you be sad to see the M5’s little brother swap its V8 for a hybrid six, or will the extra muscle make up for it? Leave a comment and let us know.