Greetings from the friendly skies! After a busy summer enjoying beautiful British Columbia, Josh and I are on separate journeys to Europe for quick tours of the continent.

The original inspiration for a trip to Europe this time of year came at the Prince of Travel Signature Event in Montreal, where our teammate Rohin suggested meetup at Oktoberfest. Travel has become a bit easier over the last few months, so a few of the Prince of Travel team decided to make an occasion out of it.

Our itineraries came together in a rather unorthodox fashion, so let’s take a look at the planning process that made the trips come into fruition.

I’m really excited for this trip. Europe was the destination for my first major trip 17 years ago, and I’m glad to be able to return once more.

The first stop will be in London, which is sure to be interesting with the recent death of Queen Elizabeth II. I’ll spend three nights in the city visiting with old friends and adjusting to the eight hour time difference from my home on Vancouver Island.

From there, I’ll enjoy a full English breakfast at London Heathrow before flying British Airways Club Europe to Prague. I have fond memories of being in the city long ago, and I’m excited to return to see what is the same and what is different.

From there, I train into Munich for three days. A group of us are meeting up at Oktoberfest, which is sure to be a blast.

Once I’ve had my fill of beer and pretzels, I head to Budapest for four nights with Lufthansa in economy. For an hour-long flight, I don’t imagine I’ll be missing out on anything at the front of the plane.

In Budapest, I intend to visit all nine thermal baths in the city, and I hope to offer my insights into each as a heat culture enthusiast. My friend, who lives in Zagreb, is coming to Budapest to assist, and I’m looking forward to catching up with him.

We’re also going to do a deep dive into the world of paprika, which will be a very nice addition to my spice rack when I get home.

From Budapest, I head to Paris via Vienna in Austrian Airways business class. Intra-European business class isn’t anything particularly special, but I thought I’d give it a try.

I’ll spend two nights in Paris before heading back to Vancouver Island. After reading Rohin’s guide to sparkling wine, I hope to sample some Crémant and see how it compares to Champagne.

Paris is a city that I haven’t spent a lot of time in, so I’m happy to dust off my French and explore the city by foot.

In total, I’ll be gone for two weeks. It’ll surely be a busy trip, but this is how my brain works and I’m looking forward to every minute of it.

With the team converging on Munich for Oktoberfest, I set a cheeky Eurotrip in my sights.

I always enjoy travelling for cultural events, seeing a place in its most vibrantly unique form. I’ve also been doing a lot of solo travel lately, and I was excited to seize the opportunity to plan a trip with friends.

On top of that, I’d long been trying to find an excuse to visit a good friend in Oslo. One thing led to another, and the dates aligned just right to stitch the two destinations together.

I did something very unusual for booking my flights: I paid cash!

Back in April, there were some very attractive Premium Economy (Lowest) fares from Canada to Europe. I pieced together an itinerary on ITA Matrix, and luckily, “A” fares (the lowest of the Premium Economy fares) were available.

I booked the flights through a travel agency, and paid a total of $1,893.26 for round-trip flights in premium economy with Air Canada.

My outbound flights take me from Comox to London Heathrow via Vancouver and Montreal.

I’ll earn double Status Qualifying Miles, Segments, and Dollars on the Canada-Europe legs, which extends from the “Accelerate Your Status” promotion earlier this year. The double SQD will help me earn a second Super Elite Priority Reward, which will knock 50% off the cost of a business class redemption with Aeroplan in the future.

I took a gamble and applied eUpgrades to my flights, hoping for a waitlist upgrade. Given the recent events in the United Kingdom, the business class cabins on all flights from Canada to London are full, so my odds are looking quite slim from Montreal to London.

But, since I booked in premium economy to begin with, I’ll be first in line for a waitlisted eUpgrade if a seat becomes available. Wish me luck! If I’m unable to secure a seat in business class to London, I’ll at least enjoy access to the Air Canada Arrivals Lounge, where I can have a hot shower and a breakfast before heading into the city.

Currently, I’m booked in Air Canada premium economy from Paris to Vancouver via Montreal, and then on an all-economy flight back to Comox. As it stands, ExpertFlyer tells me the business class cabins are quite open, so hopefully my eUpgrade request pulls through.

If it doesn’t, premium economy will be entirely sufficient for the two daytime flights. I have an overnight layover in Montreal to break up the segments, and I’ll probably work for most of the flights anyway.

I’ve never been to Paris Charles de Gaulle before, so I’m eagerly anticipating some serious lounge hopping prior to waltzing aboard my flight.

It’s worth mentioning that with a low cash fare for premium economy, I believe I’m coming out ahead.

If I were to book Air Canada business class flights from Vancouver to Europe, I’d be looking at 70,000 Aeroplan points per direction. This assumes I could find space at the lower end of the dynamic spectrum.

With our current valuation of Aeroplan points at 2.1 cents per point (cpp), 140,000 Aeroplan points is equivalent to roughly $2,940. If I’m able to score business class seats on most of my flights, I’d be very happy with the value I get from eUpgrades on a cash fare.

Lastly, I’ll also earn a number of Aeroplan points for this trip, both through the fare purchased and from paying with my American Express Aeroplan Reserve Card, which is icing on the cake.

It’s no secret that award space to Europe this summer has been historically scarce.

As I tried to align my travel schedule with friends, my outbound plans were very uncertain until about a week before. I booked a few different routes to Oslo on refundable Latitude tickets, but with scarce R space, I wasn’t keen to chance an upgrade at the gate with mere Aeroplan 35K status.

A few weeks before my departure, I found Swiss business class seats on Montreal–Zurich–Oslo. For this bound, I paid the fixed partner redemption rate of 70,000 Aeroplan points.

To get to Montreal, I was able to find R space in Air Canada Signature Class via Calgary. Dynamic pricing was a tad higher than I would’ve liked, at 44,600 Aeroplan points.

I ended up booking Vancouver–Calgary–Montreal and Montreal–Zurich–Oslo separately, with a day in Montreal to catch up with friends.

For the return, I’d booked an upgraded Latitude fare home from Munich at a good rate many months ago. However, the flight to Vancouver took me through Toronto for an awkward layover, and I’d rather avoid Pearson with all of the airport chaos lately.

Instead, a few weeks out, I snagged R space on the Frankfurt–Vancouver direct route. I paid about 25,000 points more than my original booking, but I’m okay with this for preferable flight times.

To connect, I’ll enjoy a train ride through the German countryside. Plus, a night in Frankfurt lets me see another new city on what is effectively a long layover.

It’s steeper than I would’ve liked, but I didn’t want that to impede me from taking the trip. Besides, these days I’m earning points faster than I’m burning them, and I’m satisfied that I secured guaranteed business class seats for every segment.

As for Oslo to Munich? Norwegian economy for $100.

I booked most of my hotels with a travel agent rate, as I’m low on Marriott Bonvoy points after my trip to the Maldives and the UAE earlier this year. The nights will help me qualify for Platinum Elite status, and I’ll earn some extra points for the last few nights of my trip with the current fall 2022 promotion.

In London, I’ll be right in the heart of the action with a stay at the London Marriott Hotel County Hall. As it turns out, I’ll be right across the River Thames from where the Queen is lying-in-state during my stay.

From there, I head to the Montcalm East, Autograph Collection for a night in a different part of the city. Since my flight to Prague leaves in the morning, I have a night booked at the Courtyard London Heathrow Airport for my last night, which I imagine will be entirely sufficient for a short stay.

In Prague, I’ll stay at the Prague Marriott Hotel for my single night in Czechia’s capital. Some friends have recommended some great places to eat in Prague, and I hope to revisit some places I frequented back in 2005 on a backpacking trip.

I don’t imagine I’ll be spending a lot of time in the hotels. Rather, I’ll just need a comfortable place to rest at the end of each day.

In Budapest, I’m very much looking forward to a stay at the Matild Palace, a Luxury Collection hotel, which Amy reviewed earlier this year. I’ll then spend a night at the Budapest Marriott Hotel, before capping off the stay with two nights at the Courtyard Budapest.

I scored excellent travel agent rates at two swanky hotels in Paris, with a night at the Paris Marriott Champs Elysees Hotel and then a night at Le Metropolitan, Paris Tour Eiffel, a Tribute Portfolio Hotel. I imagine I’ll be pretty exhausted after Budapest, so my plan is to relax and soak up some Parisian luxury before heading back home.

A friend’s couch will be my home during my layover in Montreal, which will likely be a bit of a change of scenery from ritzy European hotels.

For my Montreal connection, I’ve booked a night at Le Meridien Versailles. It’s a bit out of the way for a typical tourist, but an ideal location for the friends I’m visiting.

I booked at an eligible corporate rate for $165, a superior value to paying with points.

In Oslo, I’m crashing on my friend’s couch. Don’t expect a review. 😉

For Oktoberfest in Munich, I snagged three nights at the Four Points Arabellapark for 90,000 Bonvoy points. This seems to be “peak” pricing, and for good reason: points availability on shoulder dates was completely picked over.

Even without using the Fifth Night Free benefit, the value of a points redemption is quite strong compared to cash prices on event dates.

Before my return home, I’ve got a night booked at Moxy Frankfurt Airport for $129, unless an unbeatable rate at the JW Marriott pops up!

Europe is a lovely place to visit during September (ahem, Ricky), when the summer crowds have dissipated and the weather is comfortable. Our trips to Europe are a bit whirlwind in nature, but sometimes that’s just the prescription the travel doctor ordered.

Expect a number of flight, lounge, and hotel reviews coming from the Prince of Travel team. We’ll also offer insights into each destination, including some deep dives into some of the things that make each place special.

If you have any recommendations, feel free to reach out! 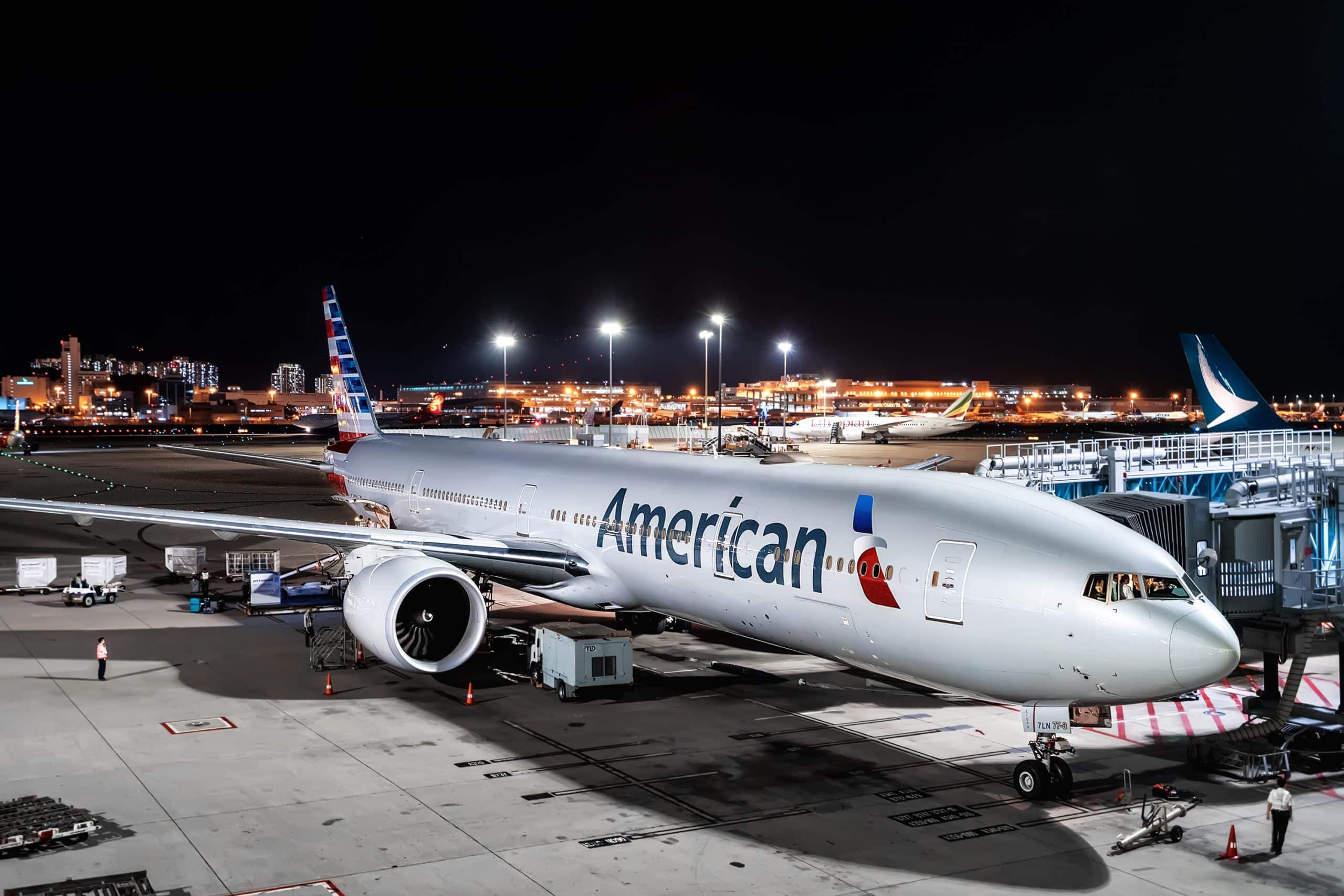 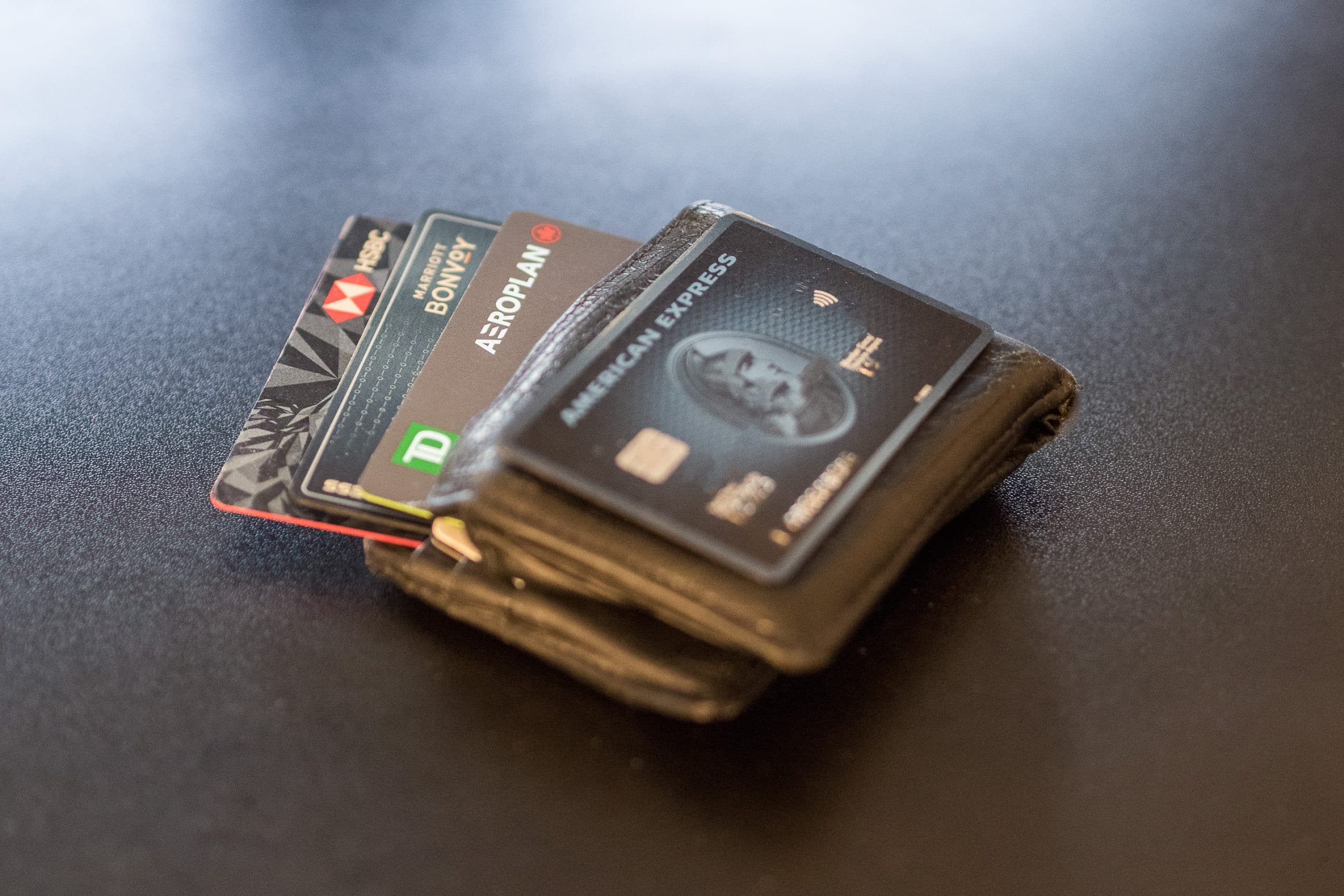 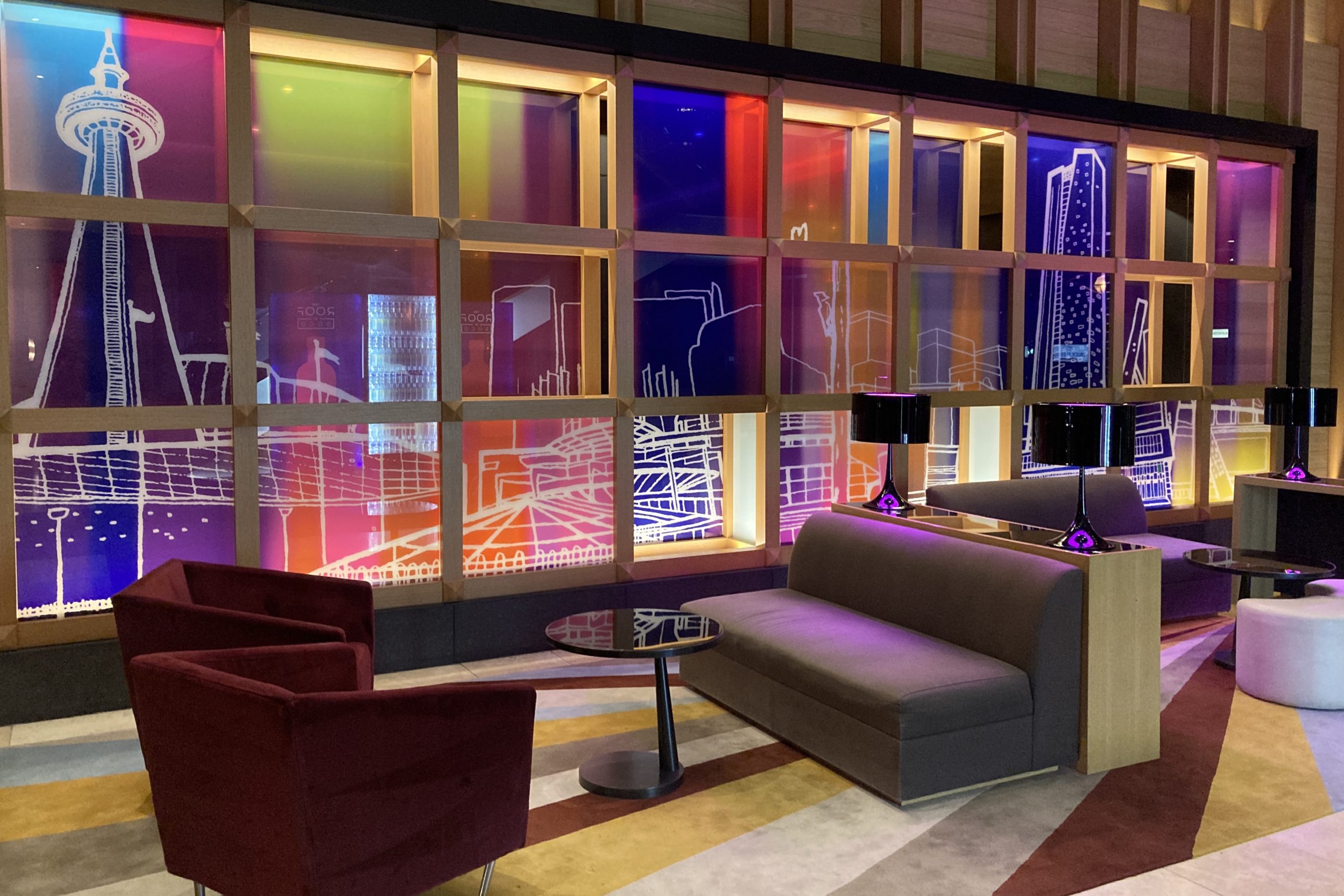 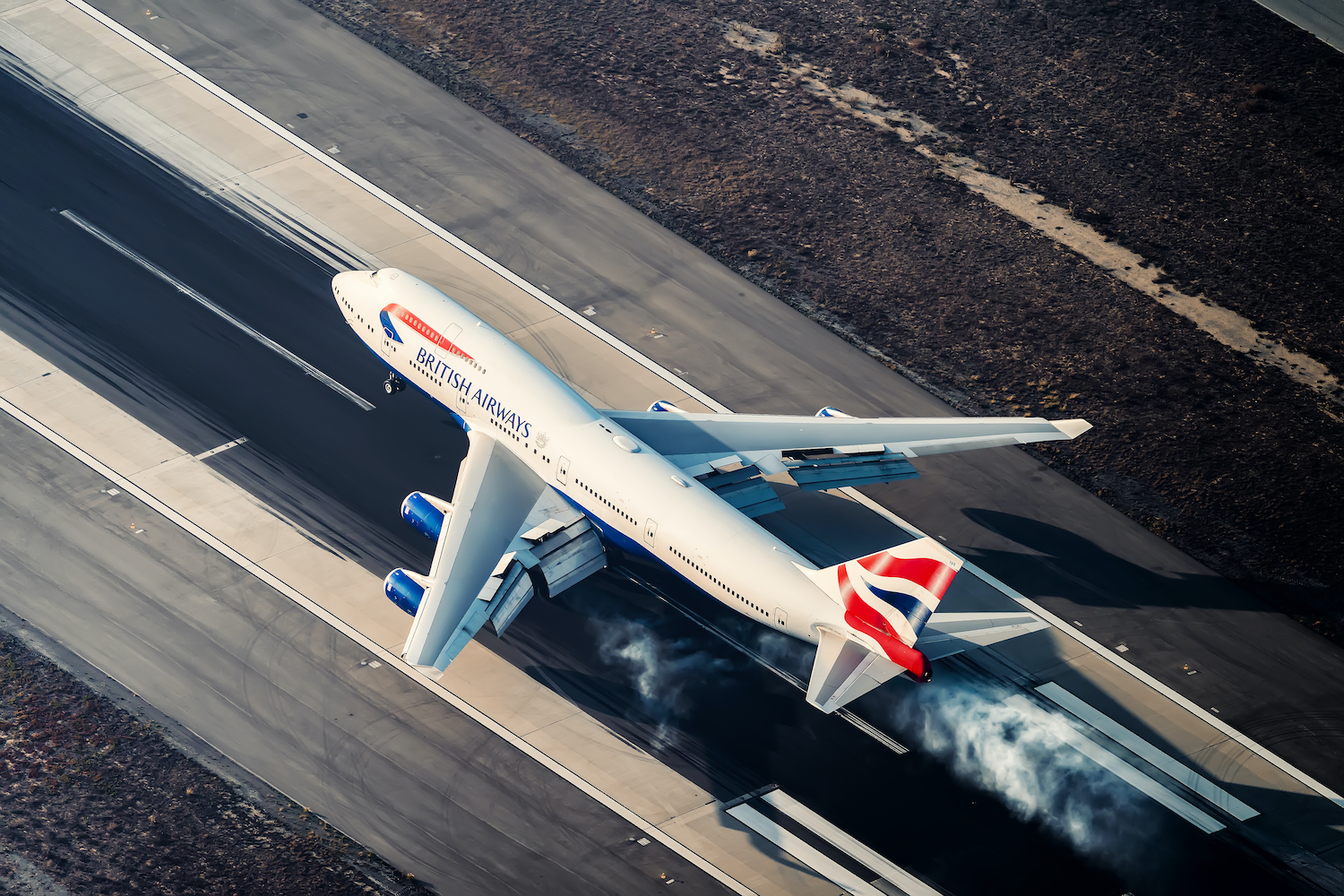 [ad_1] Buying points can often represent a great deal, especially when topping up your account ...
By
December 16, 2022 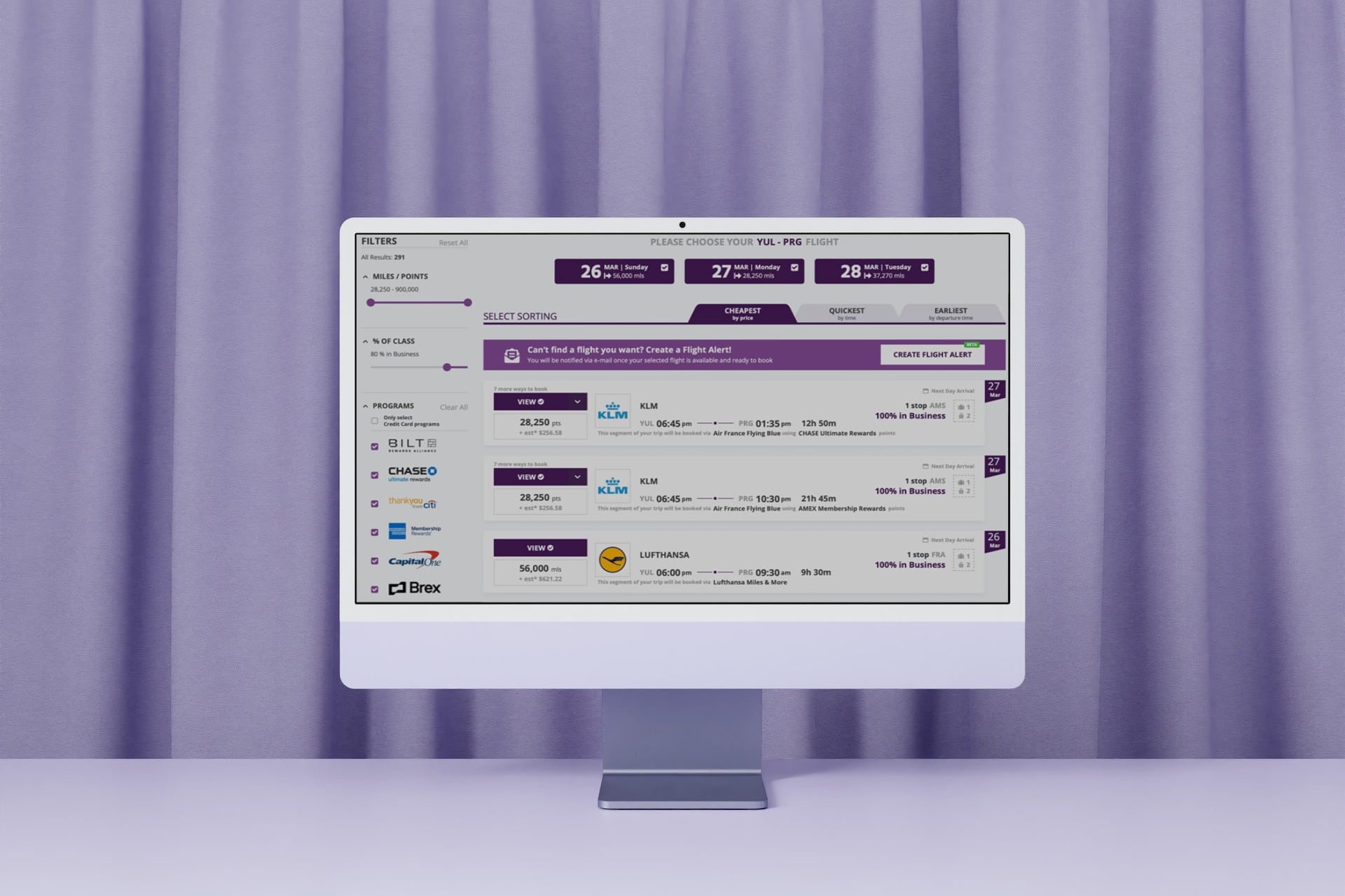