Brand Loyalty Is Fading For Most Luxury Automakers 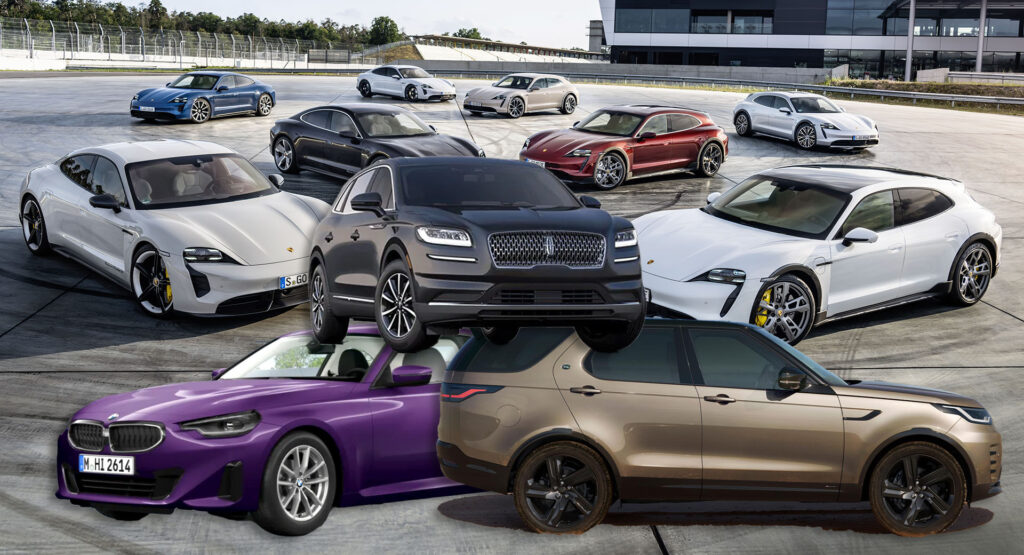 Auto manufacturers spend untold sums of money each year trying to draw buyers in and it might be easy to think that, once acquired, keeping those customers would be easier. Evidently, that’s not the case. According to a new study, most luxury brands are seeing a decline in brand loyalty and the new kid on the block, Genesis, is bucking the trend and leading them all.

We’ve covered brand loyalty here before and we’ve even highlighted the overarching result of this study from S&P Global Mobility. Now a deeper dive and a handy infographic from Visual Capitalist helps us to see just how much of a brand loyalty shift is taking place. 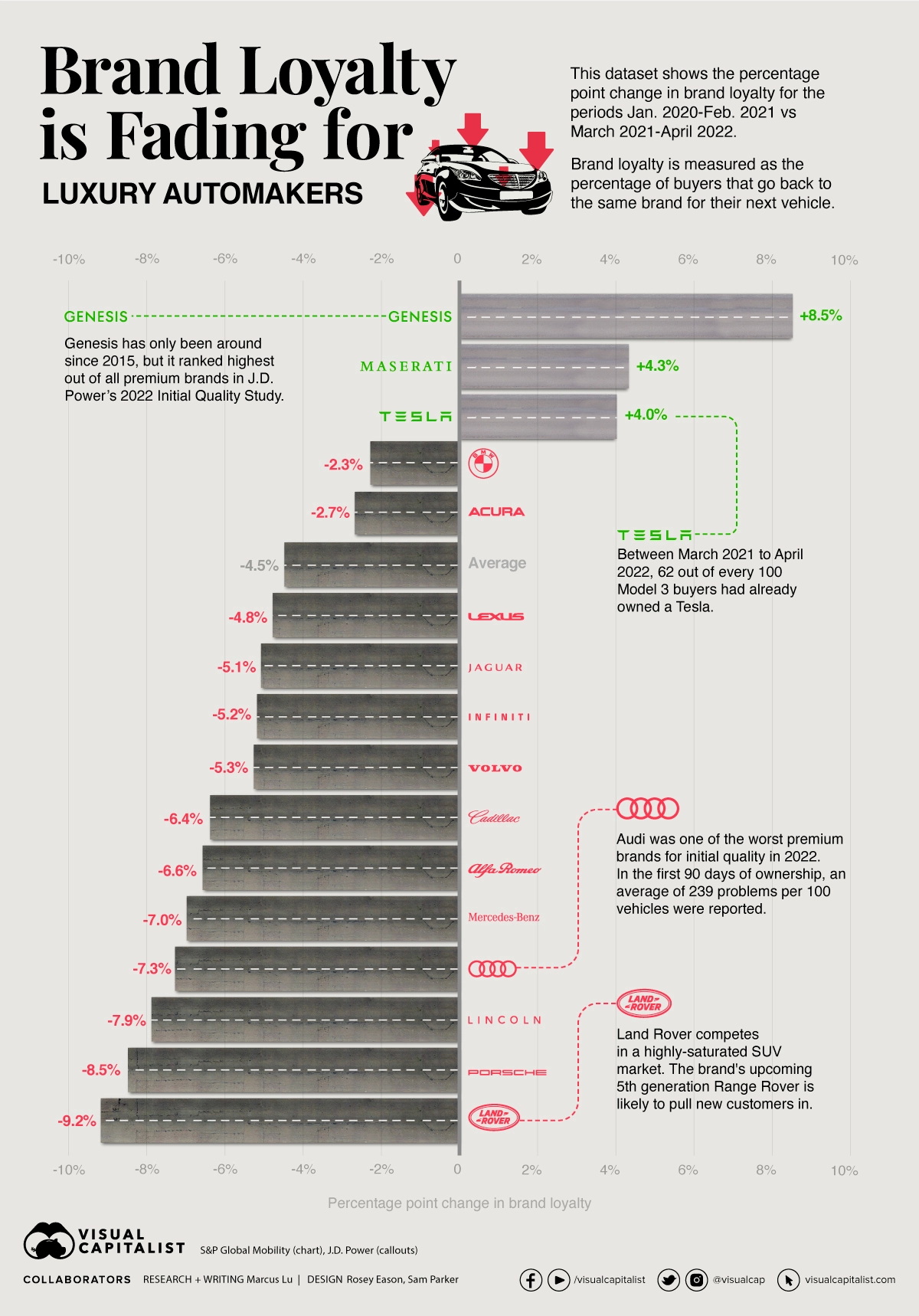 S&P Global Mobility rated brand loyalty by finding what percentage of buyers went back to a brand that they already owned when trading in or purchasing a new vehicle. The study was conducted from January of 2020 until April of this year. While the luxury segment was down 4.5 percent on average, Genesis saw an increase in brand loyalty of 8.5 percent.

That’s almost double the increase that Maserati saw (4.3 percent) in second place. Only one more brand, Tesla, with a 4 percent increase, saw a positive change in brand loyalty according to the study. Of those three brands, Maserati is the surprise here. Genesis has a record (albeit a short one) of impressive quality and value for money and Tesla is well-known for its voracious supporters.

On the other end of the spectrum, Land Rover saw a 9.2 percent drop in brand loyalty during the study. Porsche wasn’t far behind with a decrease of 8.5 percent, and Lincoln rounded out the bottom three with a loss of 7.9 percent. Each of these manufacturers has its own challenges but the industry, in general, is still experiencing parts shortages.

Instead of waiting on a vehicle to be built perhaps months or years in the future, it seems that buyers are simply switching brands and buying sooner. Times are changing though and many manufacturers see production ramping up in the coming months. Some will just have to work a little harder to regain customers that they might have lost.