One could easily argue that every Bugatti Chiron is special, but some are more special than others. That’s the case with this series of three L’Ébé editions, which bear the name of Ettore Bugatti’s daughter and eldest child.

The lineup consists of one Chiron and two Chiron Sports, which will be the final versions of these models delivered in Europe. That makes them pretty special and that’s before factoring in their Art Deco details, which were a favorite of L’Ébé.

The cars immediately stand out as they feature a blue-tinted carbon fiber body, which contrasts with shimmering gold accents on the grille and wheels. They’re joined by golden badging, a special engine cover, and L’Ébé’s signature on the underside of the retractable rear spoiler. 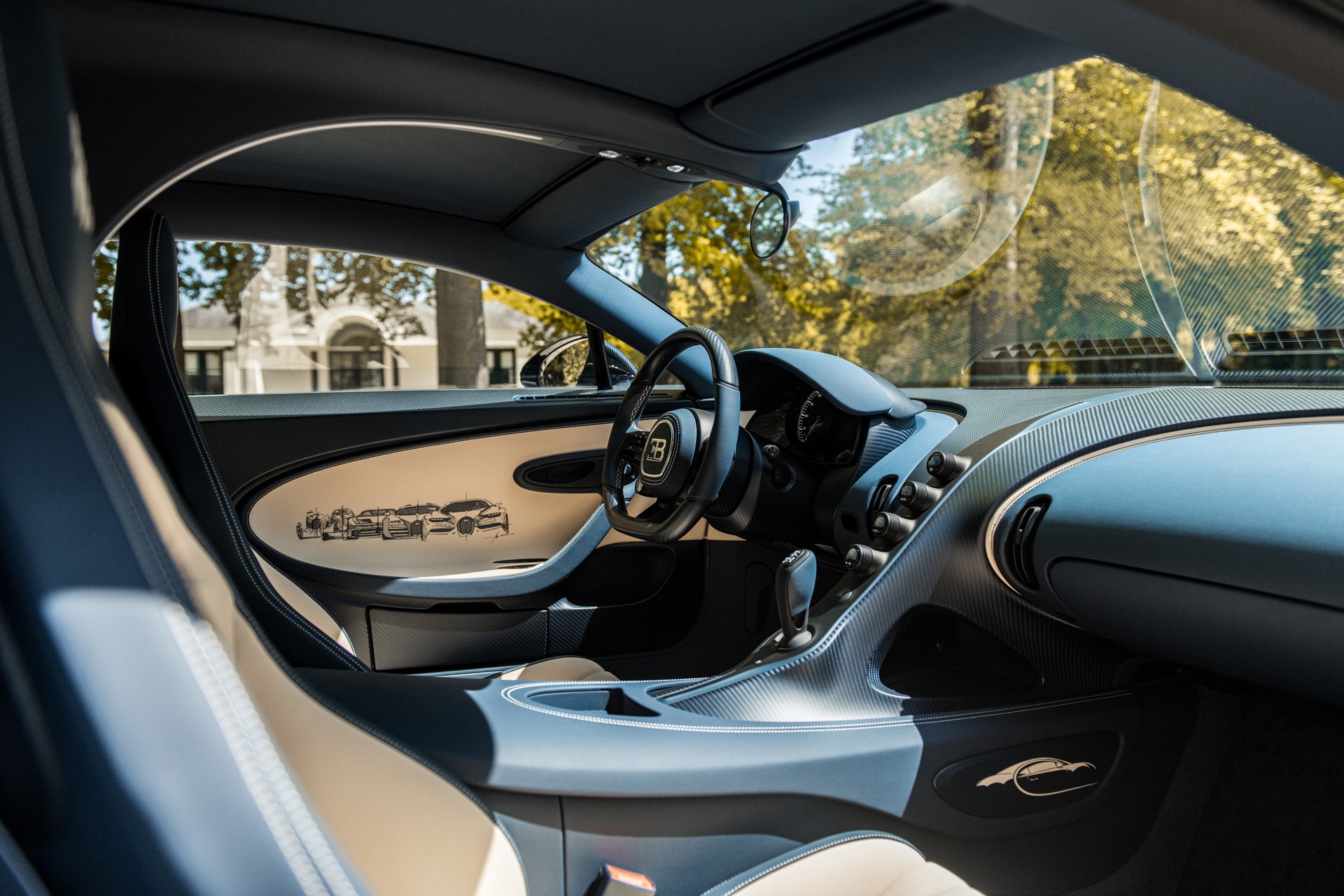 L’Ébé’s signature can also be found inside the cabin, where it resides on the headrests, sill plates, and center console. Elsewhere, there’s Silk and Lake Blue leather, blue-tinted carbon fiber, and special door panels with a motif showing the “visual evolution of Bugatti’s most iconic cars, from early Grand Prix racers through to EB110, Veyron and Chiron.”

L’Ébé Bugatti was born in 1903 and the company noted she was “very close” to her father, who “hide his own initials ‘EB’ in her first name, so L’Ébé would not have to forgo the Bugatti surname even after marriage.” While L’Ébé isn’t a widely known figure, she wrote “The Story of Bugatti.”

As Bugatti President Christophe Piochon explained, “L’Ébé Bugatti’s biography of her father consists of numerous diary entries by Ettore himself, letters from his early employees, customers, business partners and her own experiences. It helps a lot to understand Ettore’s personality, his goals and the appreciation everyone had for him and his products. With this knowledge we could transmit the Bugatti DNA into the present time maintaining the essence, grade of perfection and quality standards up to this very day.”