Every country has a color that their race cars are famous for being painted in. The UK has green, Italy has red, Germany has silver, and France has blue. More specifically, that color is affectionately known as French Racing Blue, and it’s been a part of Bugatti‘s history since the beginning. Now, as they enter a new era, the company looks to their past to find their blue of the future.

Despite this color’s icon status, it hasn’t always been the shade it is today. Over the years, French Racing Blue has changed with each successive Bugatti model. From the Type 35, to the EB110, to the modern Chiron and Bolide, the color has undergone slight changes to fit the company’s desires at the time, and now, they’re prepared to do the same for their next era, one with a heavier focus on electrification. 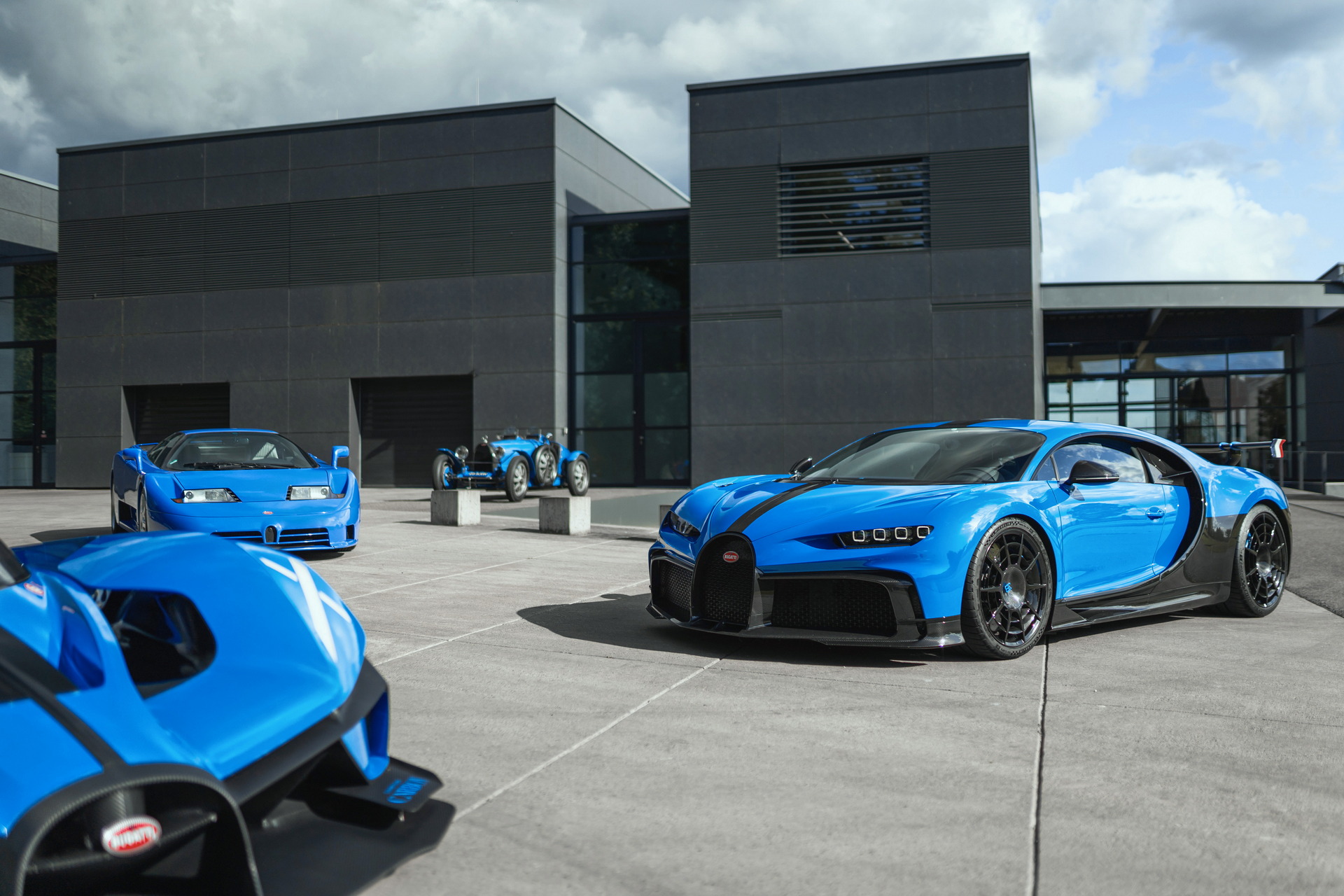 The color began as a light turquoise in the early 1920s, which soon became “a more saturated neutral tone of darker blue” by the mid 20s. This is the shade that is supposedly most often considered the definitive Bugatti race car blue. After that, the trends of the time brought the color to a two-tone finish often consisting of a more vibrant blue offset by that light turquoise from before. It’s precisely that “Duotone” that we see on cars like the Chiron today, where the front half is a lighter blue, and everything aft of the signature “C” bodyline is a darker blue. By this point, French Racing Blue had become so intertwined with Bugatti that it became informally known as “Bugatti Blue”.

Read More: Agile Bleu Bugatti Chiron Is One Of The Most Striking Super Sports Built So Far

In 2007, having just become a part of the VW Group, it was once again time for a refresh, so Bugatti decided to go through every shade of blue they had used since their founding in 1909, and what they settled on was actually four interpretations: a warmer blue, a cooler blue, a neutral blue, and most importantly, a blue-tinted carbon fiber. Now, as one half of the Bugatti-Rimac joint venture, the French automaker is on the hunt for the shade of blue that will define their electrified future.