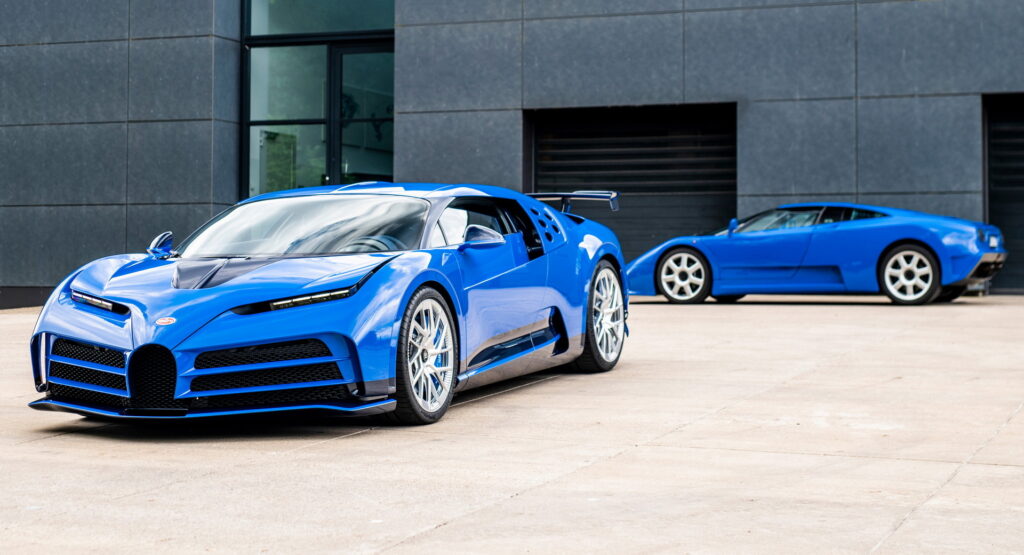 Bugatti today revealed that it has completed construction on the very first of the 10 Centodieci models that it will build. A tribute to the legendary EB110 of the ‘90s, the paint selected for this model has particular importance.

The color, EB110 Blue, continues to hold importance at Bugatti today but was synonymous with the car after which it’s named. Not only was the classic car first unveiled to the world in the shade of blue, the factory where it was built in Campagalliano, was painted the same color and came to be known as the “Fabricca Blu.”

It is, therefore, an appropriate color for this modern model, which is based on the Bugatti Chiron. The wheels, meanwhile, were finished in EB110 Sport Silver, to match the new owner’s EB110 GT, which features the same color combination.

“We at Bugatti in Molsheim are proud to have completed and delivered the very first Centodieci—Bugatti’s latest few-off model,” said Christophe Piochon, president of Bugatti. “The Centodieci builds upon Ettore Bugatti’s successful 110-year lineage of exceptional design and performance, while reviving the memory of the brand’s recent history.”

The interior, too, pays homage to the classic supercar. With quilted leather seats that feature a chessboard-like pattern, the new hypercar takes inspiration from its forebear and modernizes it. Bugatti has also paid obsessive attention to detail to the car’s interior, which takes 16 weeks to complete. That includes a day dedicated entirely to making sure that the seats are perfect. 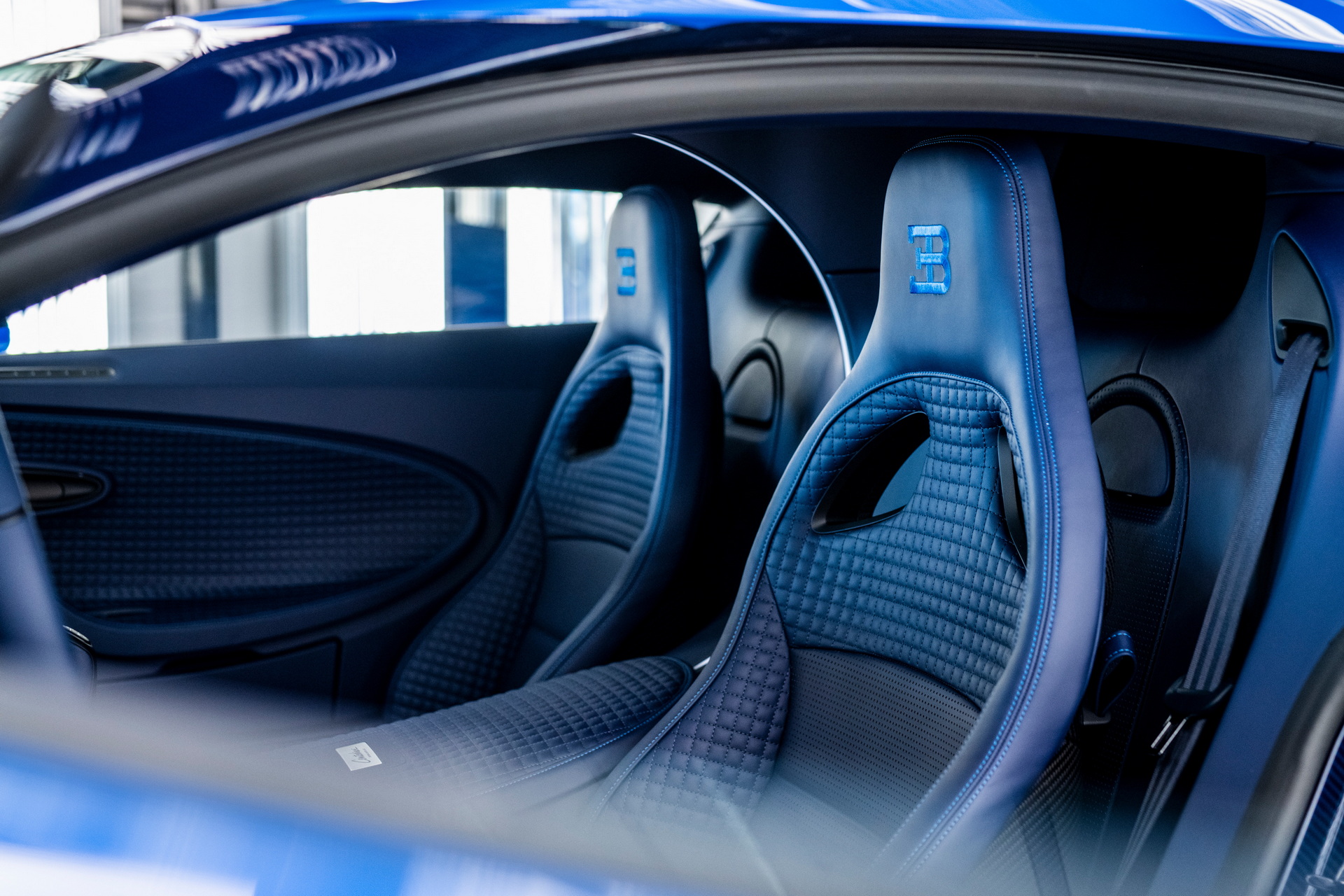 Limited to just 10 examples, the Centodieci sold out almost immediately after it was unveiled at the Monterey Car Week in 2019, the year of Ettore Bugatti’s 110th anniversary. Intriguingly, Bugatti admits to attaching the success of its new car to the rising values of classic EB110s, which are selling for as much as $2.1 million since the Centodieci was unveiled.

“The EB110, built by Romano Artioli in Italy, was a critical path to the re-establishment of Bugatti in 1998,” said Piochon. “After two years of relentless development, we have refined the Centodieci to the standard our customers expect of all Bugatti models. Our designers and engineers pour the very same passion and desire for perfection into the marque’s few-off models as they do for Bugatti’s series production units.”