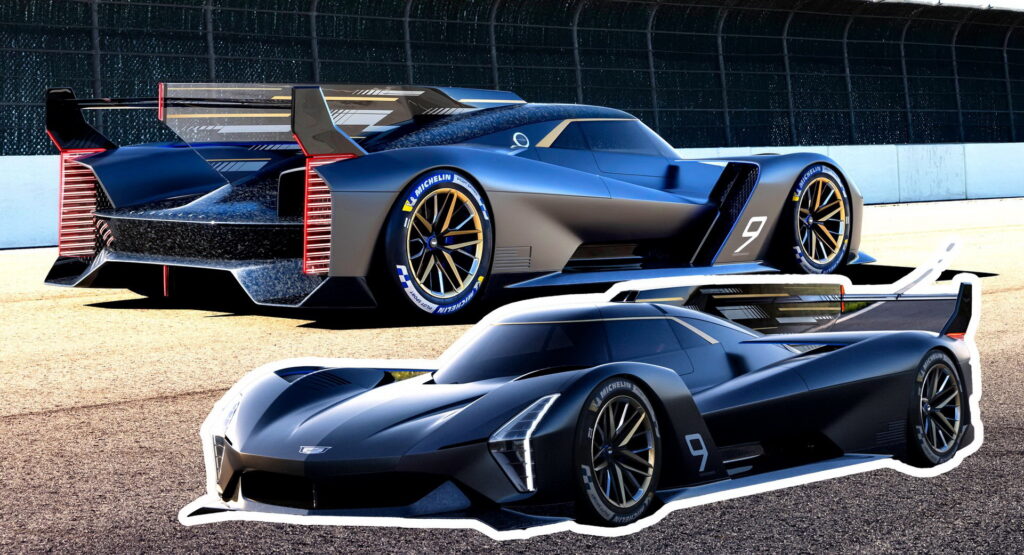 Just ahead of the 24 Hours of Le Mans, the world’s most famous endurance race, Cadillac has announced their return to the global racing stage with the Project GTP Hypercar, which will compete in both IMSA and WEC in 2023.

The car was co-developed by Cadillac and Dallara, and will be powered by a new 5.5L DOHC V8 engine mated to the standard LMDh hybrid system. Despite being a prototype car that doesn’t need to bear any resemblance to a roadgoing vehicle, GM wanted to create a design that was instantly recognizable as a Cadillac, as is the case with many other manufacturer-backed prototypes. They accomplished this by incorporating their signature vertical lighting as well as faint remnants of their corporate grille, topped off with the Cadillac crest at the nose.

Cadillac has already been competing in American sports car racing since 2017 in the IMSA championship with the DPi-V.R., and this new car will as well for 2023, but now, the automaker plans on returning to the global racing scene for the first time in 20 years by also competing in WEC (Le Mans included). The car will undergo testing this summer, and its first race will be the Rolex 24 at Daytona in 2023.