Can A Professional Race Car Driver Slow Down Faster Than ABS?

Scott Mansell, a professional racecar driver and host of the Driven Media YouTube channel, sought to find out if a really good driver could stop faster with feel than a computer can with anti-lock brakes.

In the channel’s last video, the driver was able to accelerate faster with just his right foot and a little bit of care than Ferrari‘s finest computer engineers were able to make their car take off with launch control. And in the new video, Mansell admits that he thought it would be a very similar situation with ABS.

This time, though, the channel decided to add another complication to the test. It is a useful one, because even though everyone with a keyboard and an ounce of overconfidence thinks they could threshold brake better than some YouTuber (Mansell, by the way, raced successfully against the likes of Paul di Resta), we couldn’t. So the channel also puts a stand-in for us regular drivers to see how useful ABS is (spoilers below).

Read Also: A Pro Driver Can Beat Launch Control Through The Quarter-Mile

As it turns out, the technology is remarkably useful for everyday drivers like you and me. In testing, the Mazda MX-5 was able to stop in an average of 34.73 meters (113.9 ft) with a variance of less than one meter (3.2 ft) when ABS was involved. 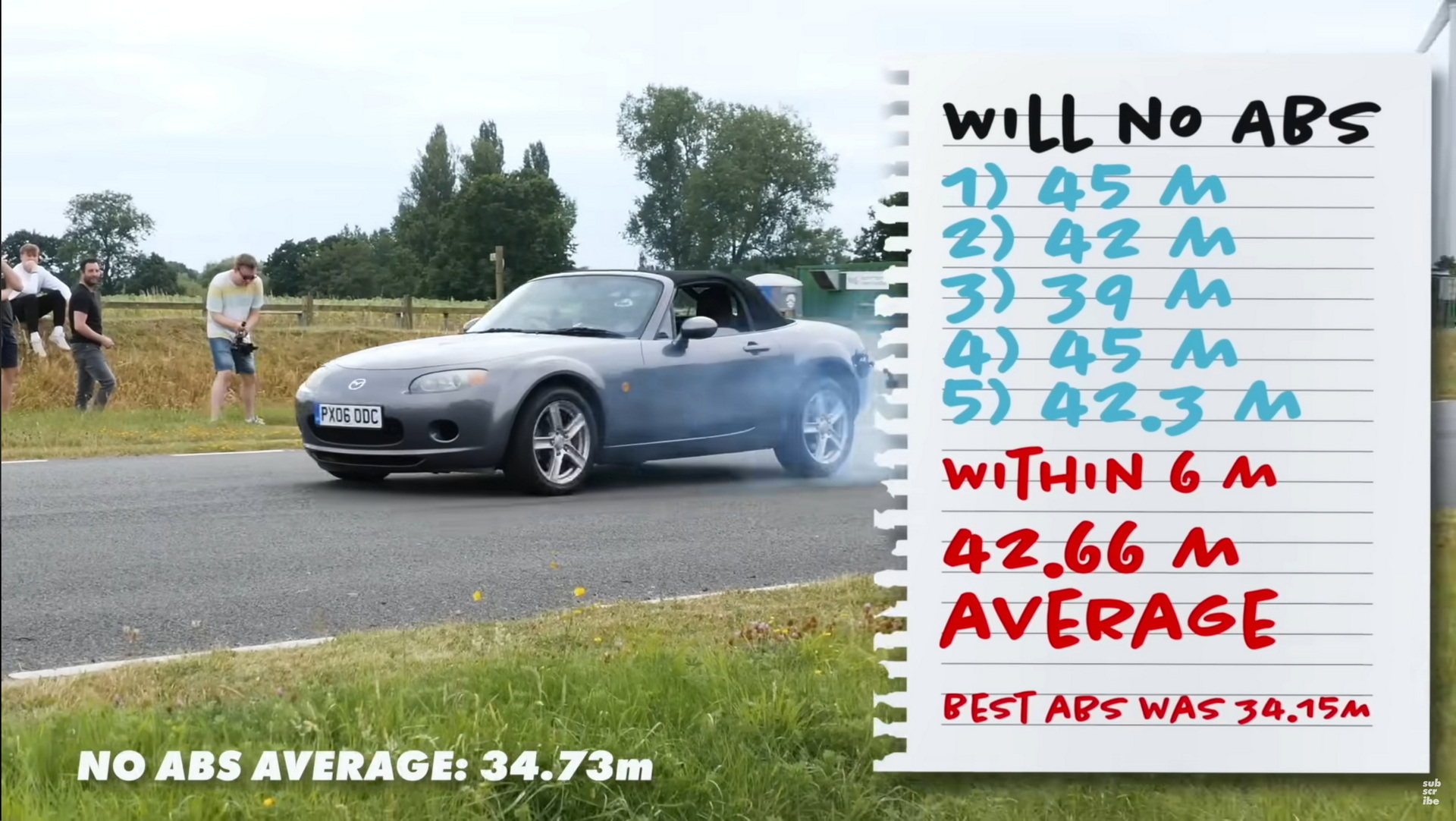 So, yeah, ABS is, in fact, a useful safety feature. But what if you were a really good driver? Mansell was also given five attempts without anti-lock brakes to try and prove humanity’s superiority, but just as with the regular driver, his first attempt was worse than with ABS at 40 meters (131.2 ft).

Given the opportunity to try again, though, Mansell was able to improve and managed a best performance of 37.5 meters (123 ft). That’s still 2.7 meters (8.8 feet) worse than the ABS system‘s average stopping distance, and Mansell was very inconsistent. So there you have it: humans can’t really match computers when it comes to braking. Case closed. 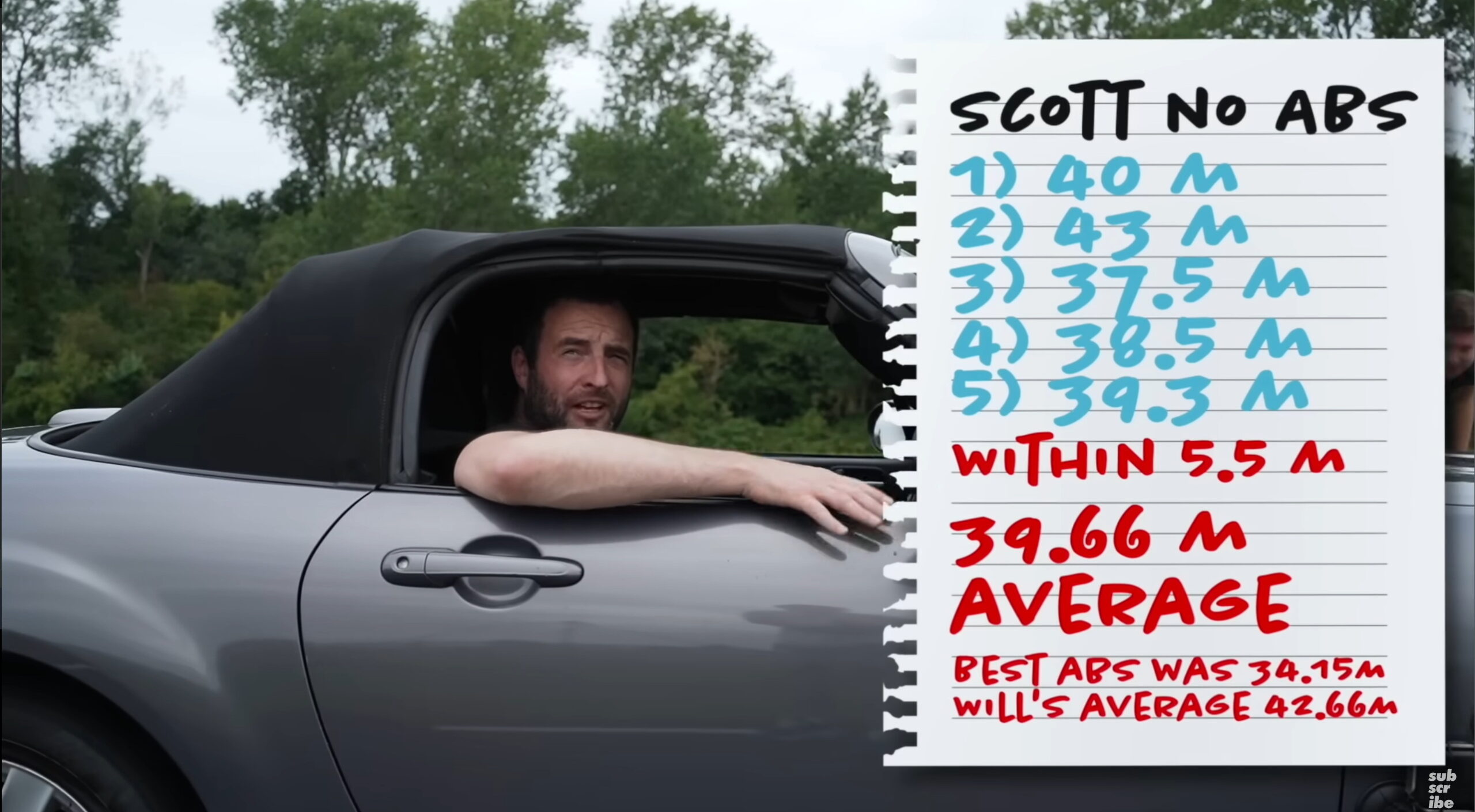