Can The Fastest VW ID.4 Take On A Mid-Range Ford Mustang Mach-E And Kia EV6? 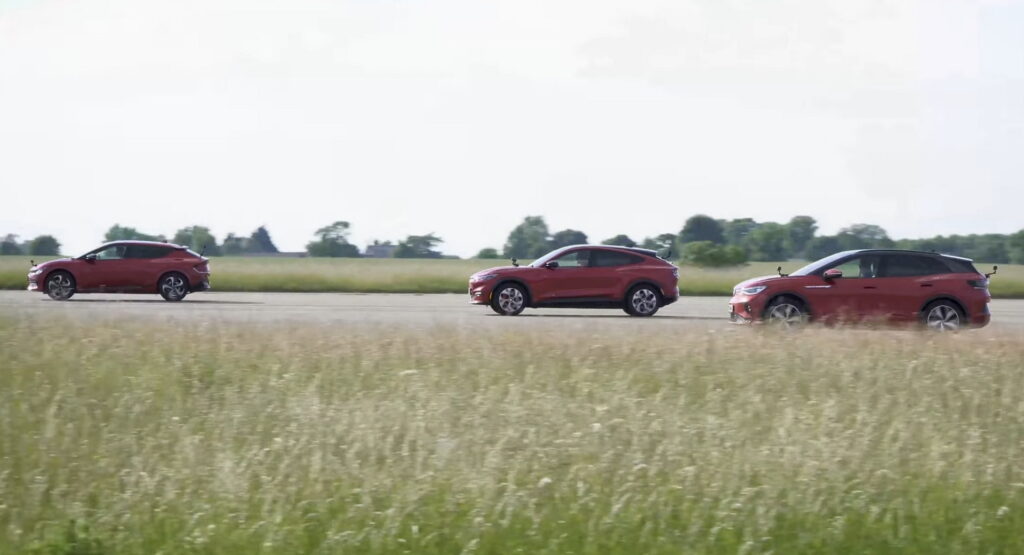 There is, in this electric era, a meaty segment that the mainstream brands are going for. The mid-size, reasonably-priced electric crossover market is booming, but which is the best?

That’s what CarWow has sought to find out, pitting the Volkswagen ID.4 against the Ford Mustang Mach-E and the Kia EV6. In order to have an entertaining race, however, the channel has had to select the vehicles carefully and not all are equally placed within their own range.

Whereas host Mat Watson has been forced to drive the VW ID.4 GTX, the fastest, most powerful version of the vehicle on sale, the other two are more modest in trim level. That’s not because neither automaker offers a high-performance version, but rather because they would blow the doors off the ID.4 GTX [spoilers below]. 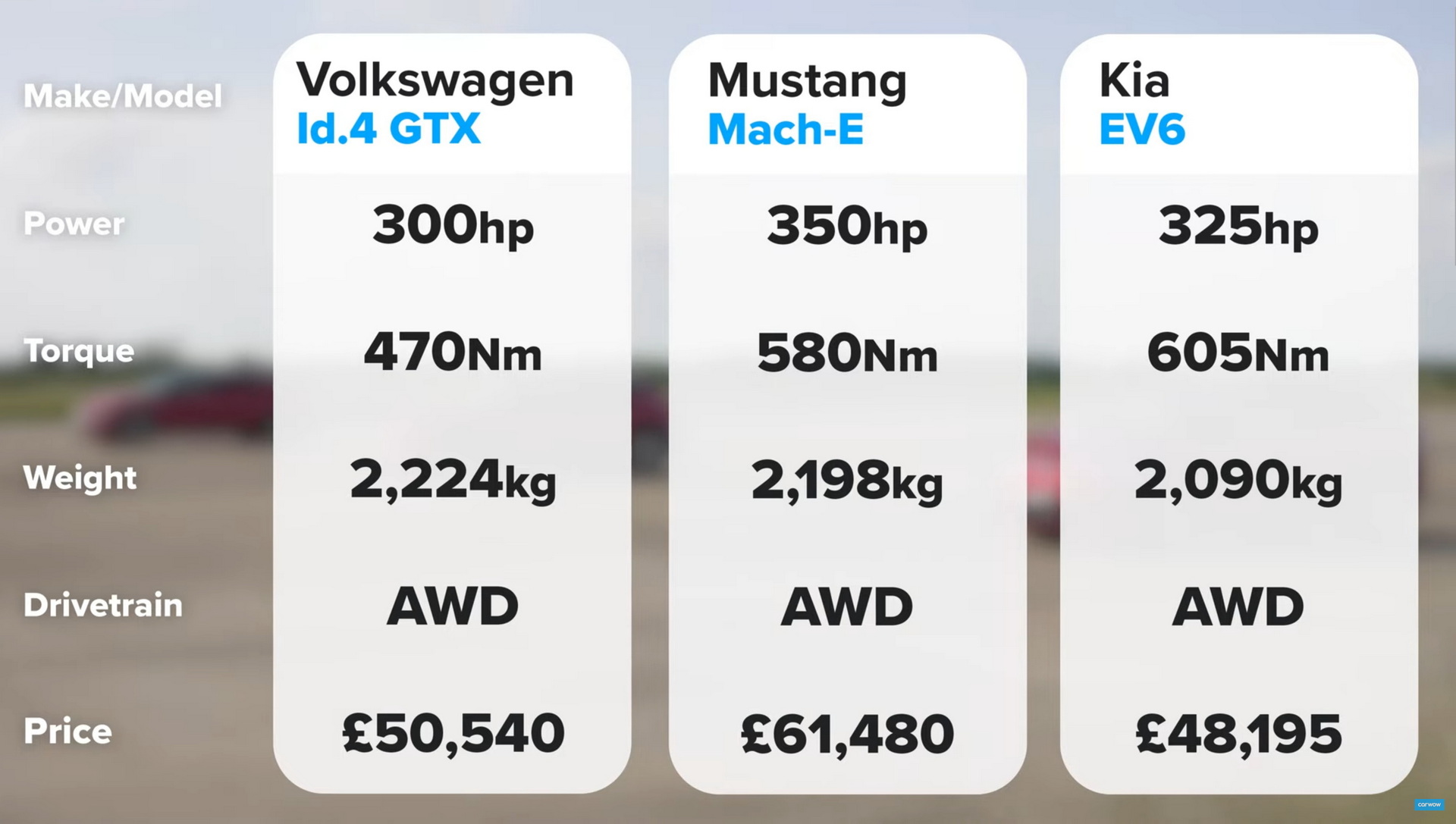 Bearing a name that pays homage to the legendary GTI line, which has been a staple of hot hatches for more than 40 years, surely Volkswagen’s first sporty EV will at least be able to take on its competition’s mid-range trim. Well, the thing is, no. It cannot.

And things only get worse from there. The gulf in torque is even larger, with the VW making just 347 lb-ft (470 Nm) of torque as compared to the Ford‘s 428 lb-ft (580 Nm) of torque. Interestingly, the Kia actually makes the most torque at 446 lb-ft (605 Nm), which actually makes it the fastest vehicle in this test.

The results of all three tests, then, are predictable, at least from the Volkswagen‘s point of view. Weighing more than its competition and making less power, it comes in last in the standing quarter-mile (14.3 seconds), the half-mile rolling race, and the brake test. It even slows the least in a regenerative braking test.

It’s all a little disappointing for the Volkswagen, which despite selling well, is apparently less of a performer than its closest competition.