Carbon Fiber Widebody Chevy Corvette C8 Wants Your Attention, Does It Have It?

This Chevrolet Corvette Stingray is one of the most striking C8s you’re ever likely to see thanks to a series of bold modifications.

The first aspect of this ‘Vette that catches the eye is the widebody kit bathed in carbon fiber and sourced from Anderson Composites. This package consists of carbon fiber front and rear bumpers, splitters, canards, rear diffuser, quarter panels, and carbon fiber rocker panels and door openings. The Corvette has also been equipped with carbon fiber doors, wing mirrors, roof panels, and a carbon hood.

Of course, no widebody kit made from carbon fiber will be cheap and this one is no different. In fact, it costs a cool $19,999 and that’s not including the doors, hood, roof panels, rear wing, and mirrors which are sold separately. 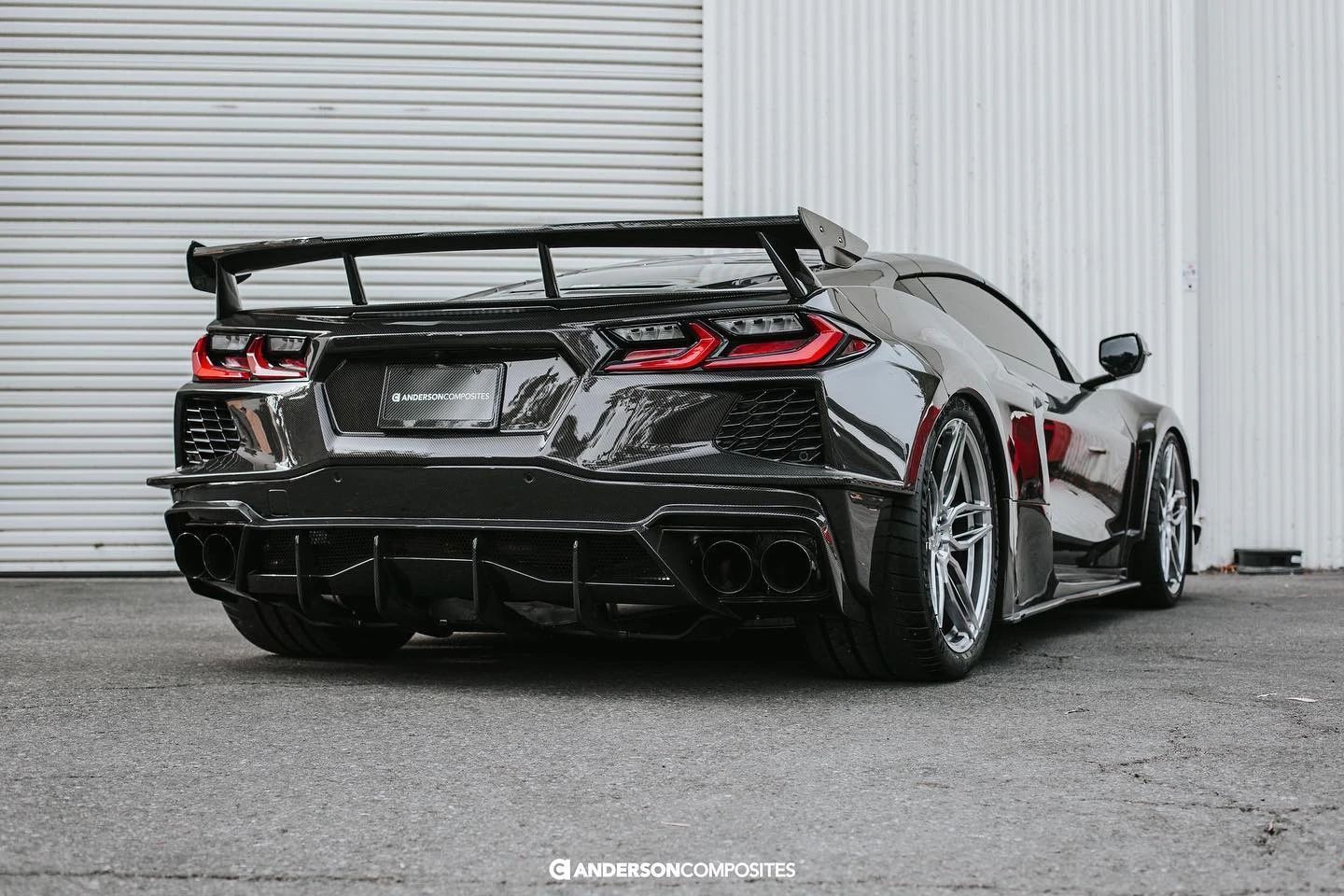 Making this Corvette stand out even further are a set of ADV.1 wheels, more specifically the ADV005 Flowspec Series. These wheels measure 20×10.5 at the front and 21×10.5 at the rear and have a platinum finish, contrasting the carbon fiber body panels. Wrapped around these wheels are Michelin Pilot Sport Cup 2 tires.

A number of aftermarket tuners have launched widebody kits for the C8 Corvette since its debut, although this one from Anderson Composites is perhaps our favorite. One of the most overt comes from Sigala Designs and is made up of 32 pieces, including overhauled front and rear fascias and a huge rear wing. Sigala’s kit costs $14,995 when made from fiberglass and $24,995 when finished in carbon fiber. The widebody kit from DuraFlexAero Grand is also quite the head-turner and adopts a different approach with flared arches complete with exposed screws and unique front and rear bumpers.