A rare Ford XB Falcon John Goss Special has been discovered in an Australian farm shed and is bound to get local enthusiasts talking.

Ford Australia introduced the John Goss Special to celebrate John Goss’ win at the Bathurst 1000 endurance race in 1974. It was based on the XB Falcon 500 Hardtop of the time and while Ford has never said how many examples it built, production is thought to have only run from July 1975 to November 1975. Estimates suggest that between 260 and 800 units were built.

This particular Falcon John Goss Special was found in South Australia by The Muscle Car Shop. Apparently, the car had been sitting in a shed since 1988 and has never been started since. 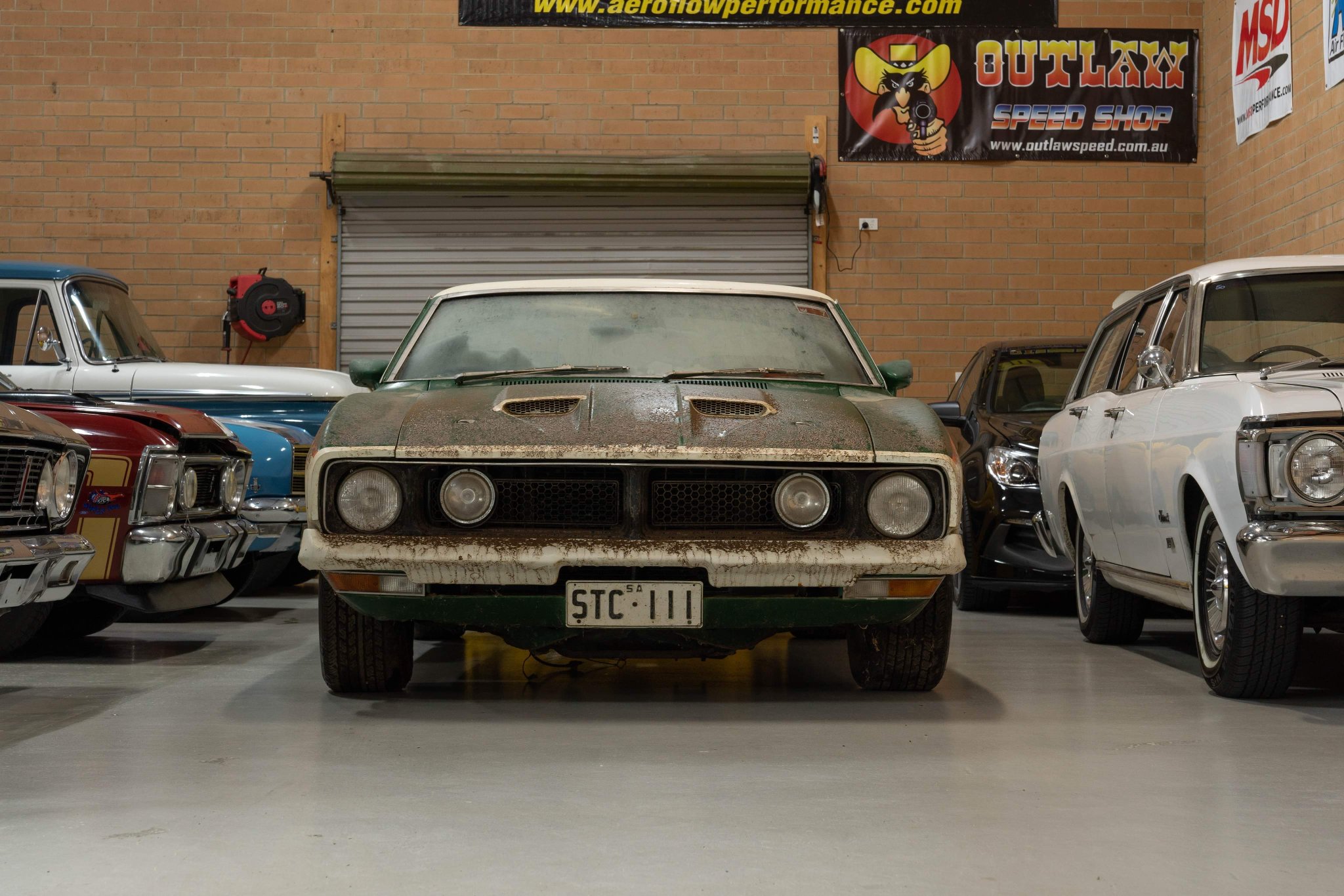 The exterior of the car is finished in Polar White that is contrasted by Emerald Green across the hood, front bumper, rocker panels, wheel arches, rear bumper, and rear fascia. Various bright orange accents are also found across the exterior.

Photos shared to Facebook of the car show that it was covered in a thick layer of dirt but apparently doesn’t have any rust, something that will no doubt make it much easier to sell. No mention is made about any work that the car may need in order for its engine to start and for it to be driven, although The Muscle Car Shop is open to offers for those wanting to buy it.

Powering the Ford is a 302 cubic-inch (4.9-liter) Cleveland V8. This V8 was good for approximately 240 hp and 305 lb-ft (414 Nm) of torque when it was new and came coupled to either a four-speed manual transmission or a three-speed automatic driving the rear wheels. It is unclear which transmission this particular John Goss Special has but the car is certainly valuable. In fact, a restored example recently sold for AU$250,000 ($172,000).