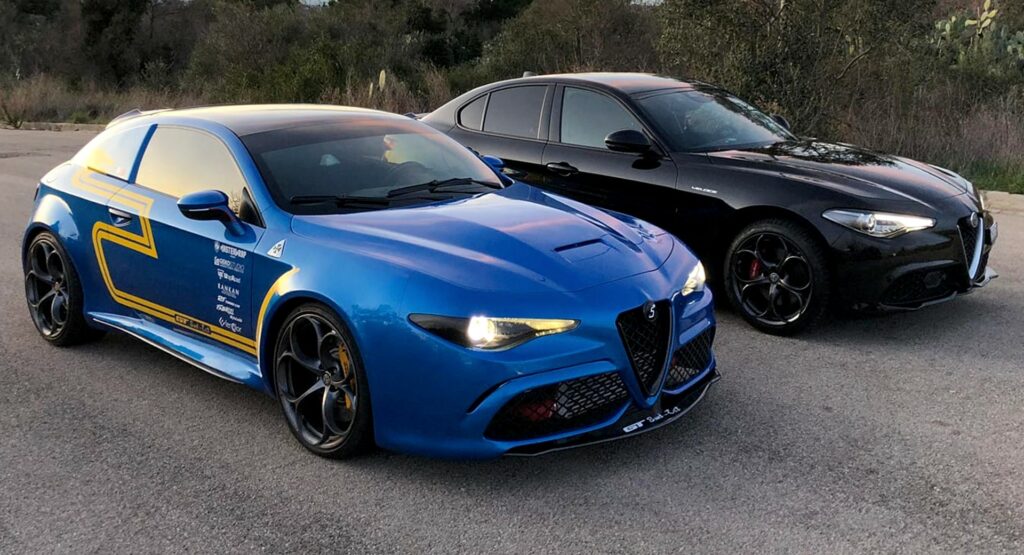 The Alfa Romeo Brera was sold between 2005 and 2010 and while the production version wasn’t as striking as the 2002 concept car, it is still considered to be a very stylish car. A team from Italy, however, wanted to improve on the already successful recipe, thus they created the GT Sud-Est conversion inspired by the more modern Giulia Quadrifoglio.

We spoke with Quintino Parisini, who is the owner of the first GT Sud-Est, which materialized with the help of Frenz Chopper, the manager at the PariS’5 GaraGe bodyshop. The conversion took almost a year but the actual work can be finished by two or three people in four months. 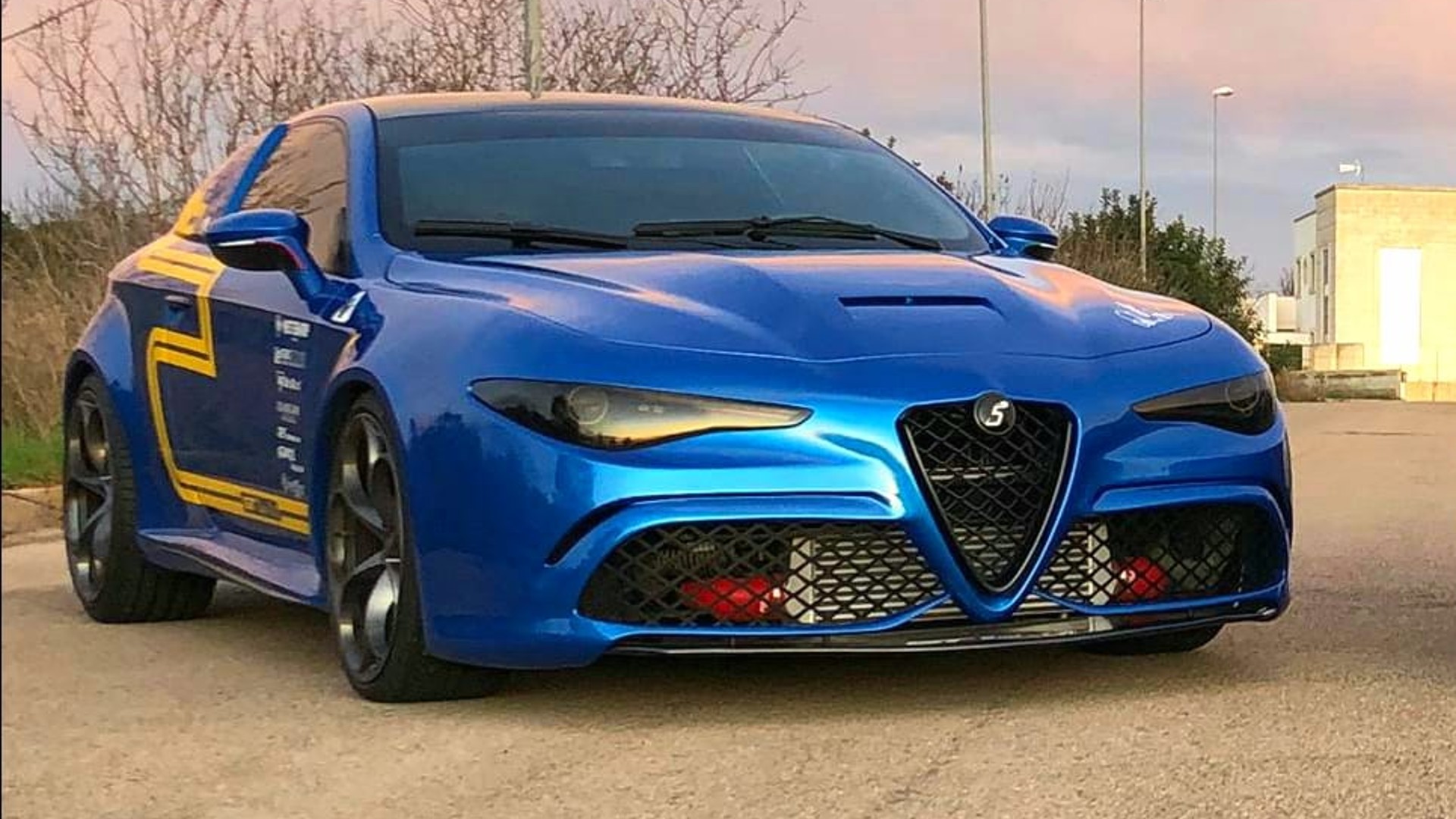 Everything started by stripping off the front end of the donor car. The stock Brera face, which is shared with the 159 from the same era, was replaced by a new bumper, grille and headlights taken from the Giulia Quadrifoglio. The problem is that the FWD Brera has a significantly longer front overhang than the RWD Giulia, making it a rather difficult fit.

Thus, the team started crafting new front fenders, filling in the gaps and widening the Brera in the process. The extra material made the tinted headlights look slimmer, by covering part of them. The bulged and vented bonnet was also custom-built to match with the lines of the bulkier front end, as with the carbon-fiber splitter. A similar treatment was used for the wider rear fenders, the redesigned side sills, and the rear side window covers. An aggressive diffuser, a more prominent rear spoiler and a pair of aftermarket taillights with LED graphics reminiscent of the Tonale completed the GT Sud-Est looks. The car was painted blue, with yellow graphics on the profile and sponsor stickers on the doors. 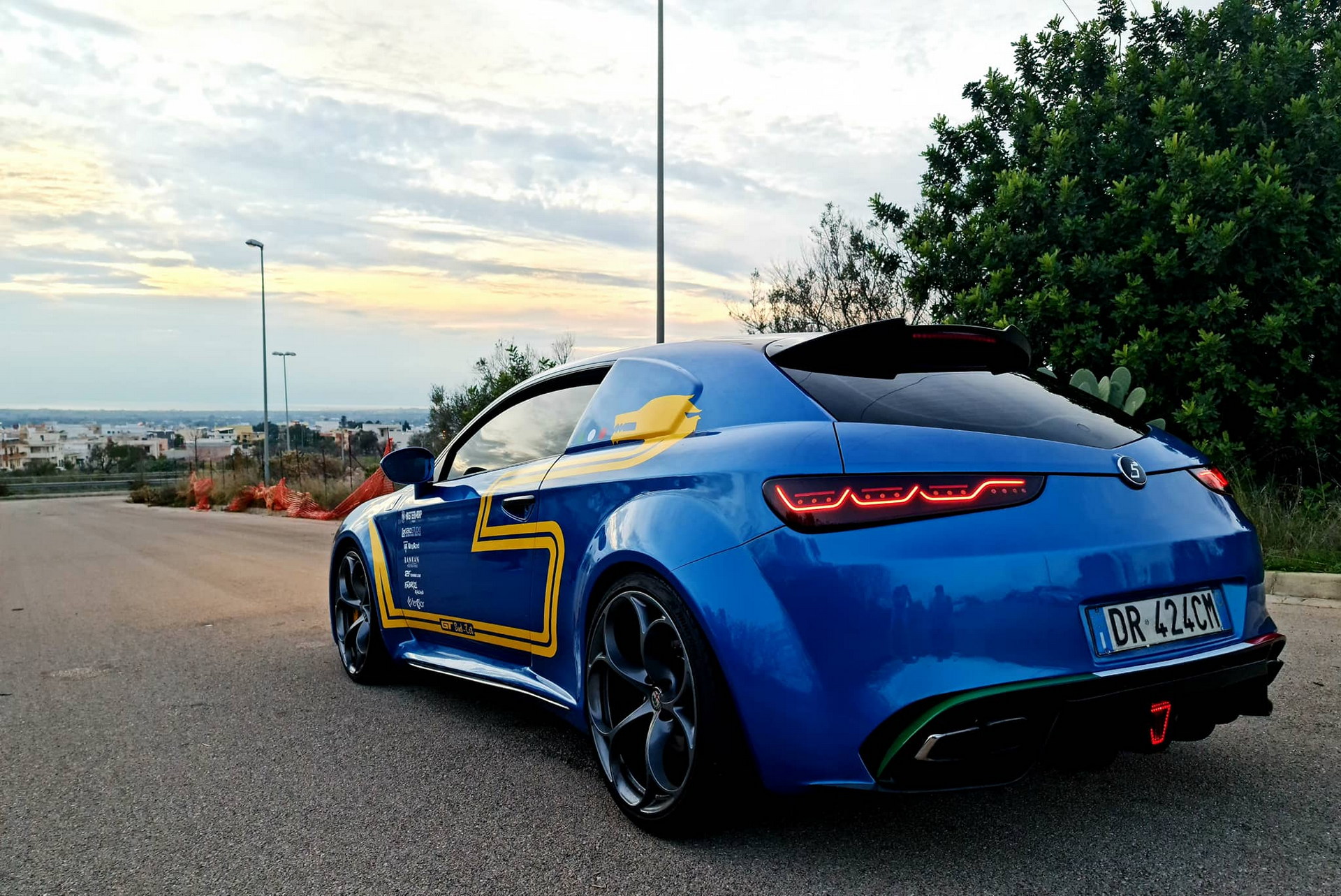 The GT Sud-Est was initially envisioned with the GM-sourced 3.2-liter V6 JTS engine which was fitted on the flagship variant of the Brera. The mill produced 256 hp (191 kW / 260 PS) in stock form, but with the Autodelta J5 tuning kit that includes a supercharger it can go up to 343 hp (256 kW / 348 PS), which was the goal for the GT Sud-Est. However, the first donor car was a lesser 2.4-liter JTDm diesel, producing 207 hp (154 kW / 210 PS). The powertrain remains in stock condition at the moment, but the team wishes to upgrade it in the future.

Below you can watch cinematic footage with the car and check out the detailed gallery with every step of the process. For anyone who wishes to get a GT Sud-Est, pricing for the conversion starts at €20,000 ($20,310) including a full paint job, but not including the Brera donor car. PariS’5 GaraGe is also offering a selection of different materials including Kevlar and carbon fiber, obviously at a higher cost. The next step for the team is to add a new livery to the GT Sud-Est and present it alongside a modified Giulia with a GTAm look.

Share
Facebook
Twitter
Pinterest
WhatsApp
Previous articleWhich Iconic Alfa Romeo Design Cues Do You Want To See On The Firm’s 2023 Supercar?
Next articleAudi Could Merge The A5 Sportback And The A4 Sedan In A Single Model