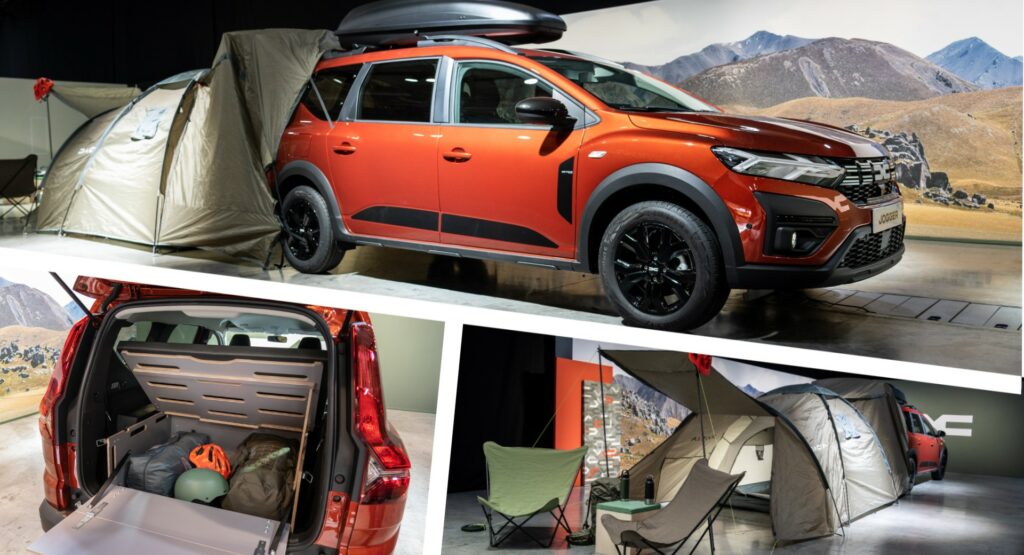 Dacia revealed a camper conversion kit for the Jogger which will become available as a factory accessory in 2023, expanding the field of use for the affordable crossover station wagon. The kit includes a foldable in-car double bed, a storage box, and a retractable tent at the back that is suitable for a family of four.

The kit was presented during a special event, alongside the debut of the Dacia Manifesto EV off-road concept and the presence of the entire range of models with the new logo, colors, and branding identity. Similarly, the camper-converted Jogger sports the revised grille with Dacia’s new emblem. 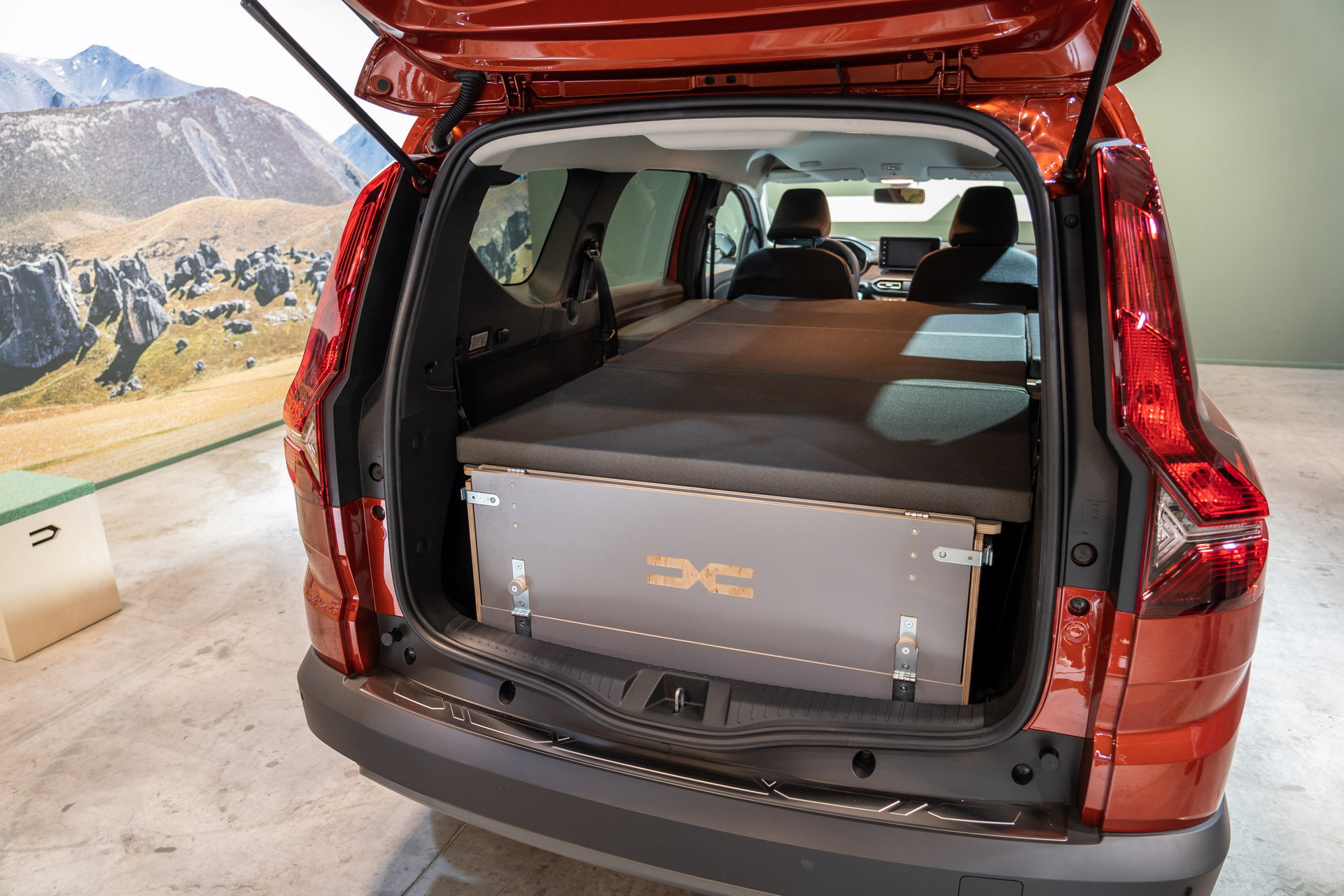 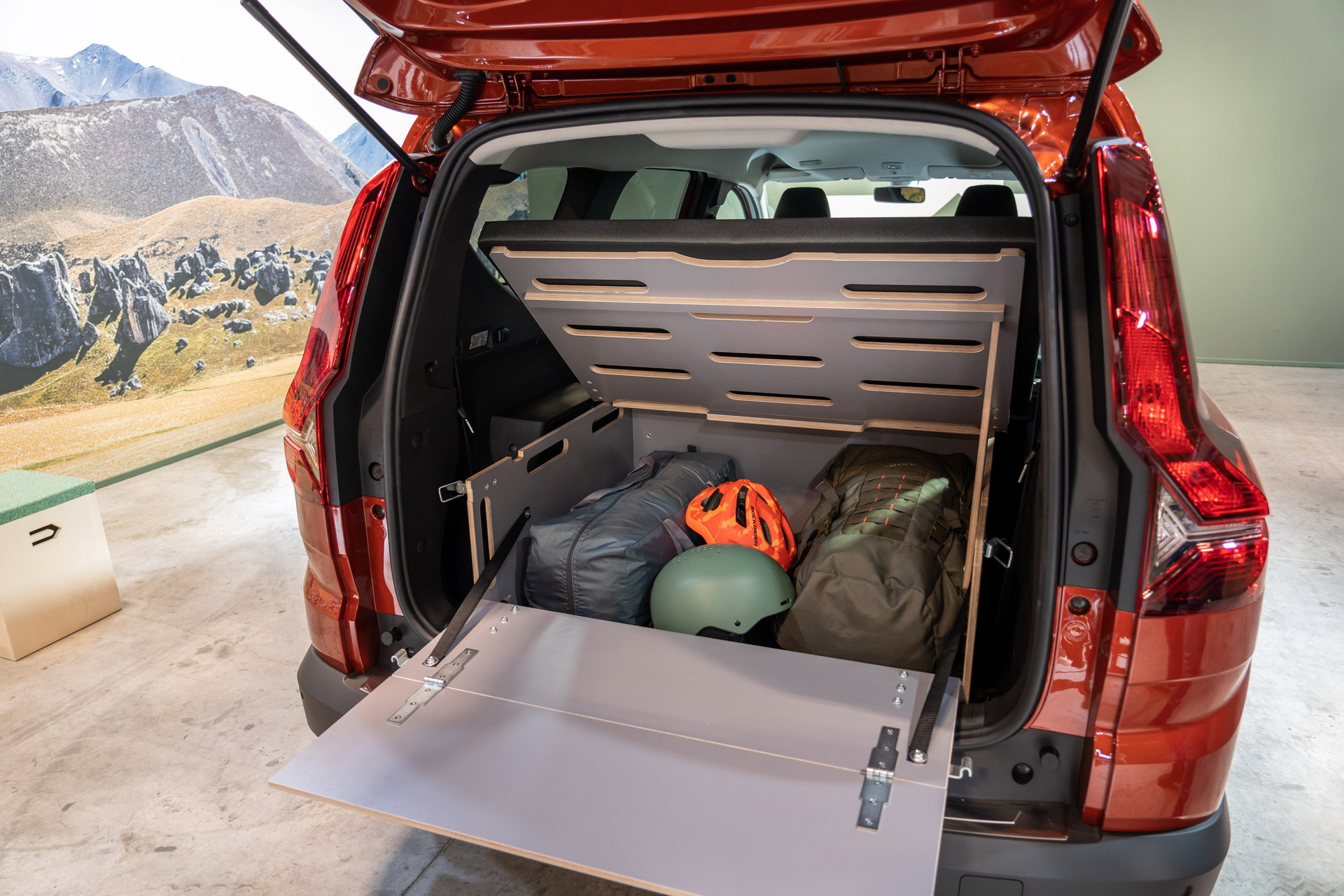 A wooden box with DC lettering has been added to the Jogger’s boot, limiting the interior layout to a five-seater, as the third row has been completely removed. Inside the box, there is plenty of room for luggage and equipment for outdoor activities. Above it, there is a three-piece mattress that deploys after folding the rear bench, effectively transforming the Jogger’s cabin into a sleeping area. This is made possible thanks to the Jogger’s vastly increased cabin length and slightly increased roof height compared to the sibling Sandero Stepway.

Unfortunately, Dacia’s kit doesn’t include amenities like a kitchenette or a fridge. There is however plenty of extra space for a living area, thanks to a massive retractable tent at the back. This one mounts on the open boot of the Jogger, using the vehicle as an extra bedroom. The company didn’t go into specifics but said that the tent/vehicle combo could accommodate a family of four.

Dacia had promised a camping-friendly Jogger since last April, and now they are ready to offer it on the market starting from next year. The cost of the accessories will be announced at a later date, but judging from the brand’s strategy we expect it to be quite affordable. Mind you, a few weeks ago, a similar kit with more features was presented by independent company Camperiz, so Dacia Jogger owners who love camping already have two options to choose from.

Optimistic About The Future

Dacia has been a member of the Renault Group for the past 18 years, selling a total of 7.5 million cars in this period. Now the brand is entering a new era, retaining its value-for-money character by focusing on the essentials, while trying to increase its appeal and desirability through design.

Dacia has already incorporated its new logo and brand identity into its current model range and dealerships. At the same time, it is preparing to unveil new models in the compact segment, including the next generation of the Duster. Dacia confirmed that the new version of the popular SUV is coming soon, with a robust nature and extended use of recycled materials (20% compared to 12%). It also announced a new smartphone application with suggestions to Dacia owners about times and places to take a break.